An amphitheatre-style staircase forms the heart of this grownup studying centre in Denmark, which architecture studio CEBRA stated was inspired by the “circles and ovals” of Disney characters like Mickey Mouse . 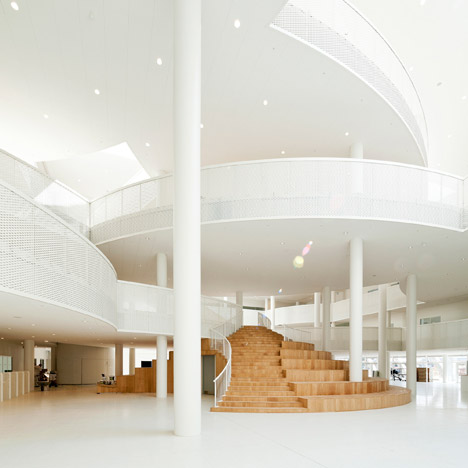 Aarhus-based CEBRA was commissioned to build the HF &amp VUC Fyn training complex for 1,300 adult pupils on a plot located between the city centre and harbour in Odense, Denmark.

A concept drawing for the task features a sketch of popular Disney cartoon character Mickey Mouse, whose curving lines influenced the rounded staircase and scalloped balconies that type the building’s interior. 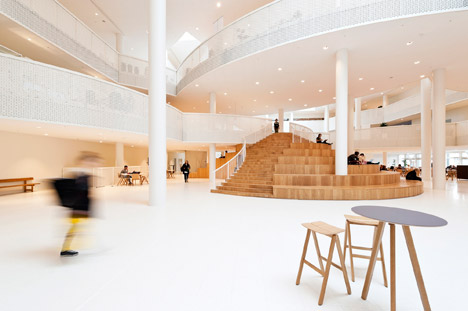 In the watercolour, designed by CEBRA’s founding partner Mikkel Frost, a decapitated and puzzled-searching Mickey Mouse can be witnessed exclaiming: “What, I’m a property now?” 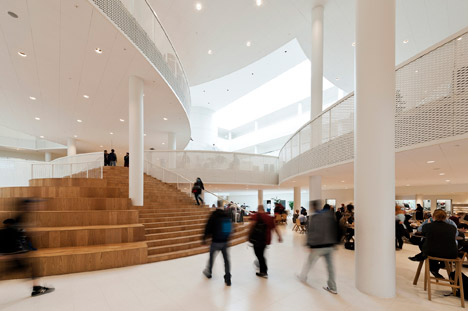 “Disney characters in basic and Mickey Mouse in specific are essentially drawn from a series of circles and ovals, which get a lot more and much more refined as the drawing progresses,” explained CEBRA’s Lars Schäfer. 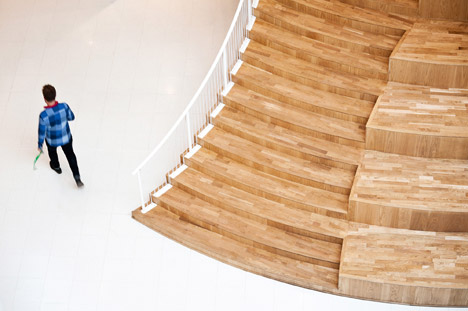 “In the exact same way, the underlying notion of the HF &amp VUC Fyn developing operates with circular shapes, which in combination make up the distinctive spatial organisation of the interior,” he told Dezeen.

“In addition to that, Mickey Mouse can be witnessed as a symbol for the pleasant, playful and accommodating character of the central atrium area.” 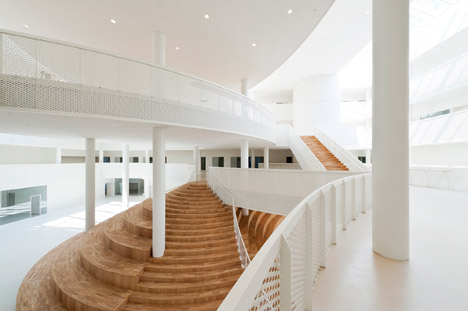 The constructing is organized about the atrium – named the Agora soon after the public gathering spaces in ancient Greek cities. 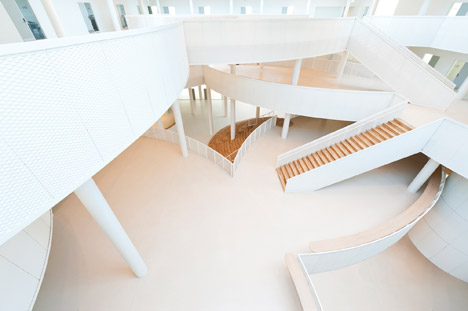 A stepped oak wood podium, called the “amphi-staircase” is set at the centre of this space. It functions as the two a staircase and an informal lecture theatre – tying in with the developing trend for this type of informal seating in each workplaces and training buildings. 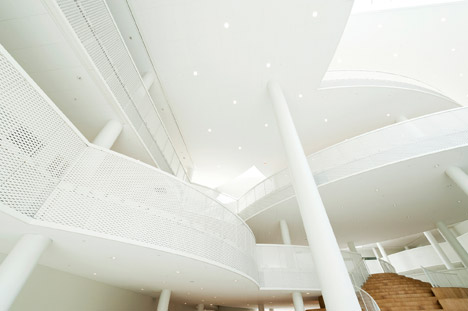 The staircase is surrounded on all sides by curved balconies, which are fronted by white mesh balustrades and supported by a network of chunky white columns. 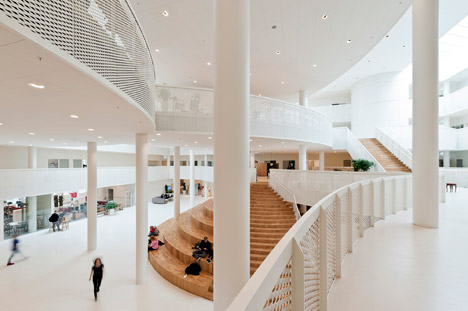 As the atrium is intended to be bustling with exercise, far more reflective study spaces have been positioned all around the outer edges and upper floors of the constructing. 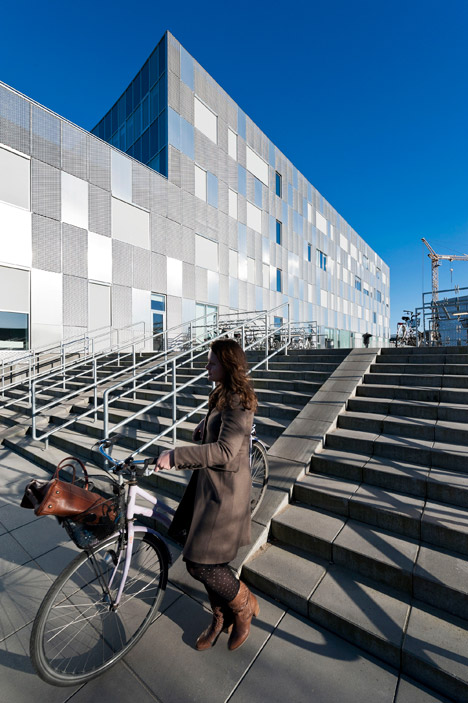 The bright white and pale timber surfaces, described by CEBRA as “a clean Nordic backdrop”, provide a direct contrast to the linear type of the building’s outer shell. 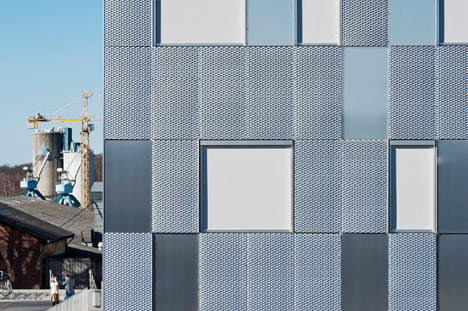 A combination of grey aluminium plates and expanded aluminium mesh cover the facades, some of which are backlit by LEDs at evening. 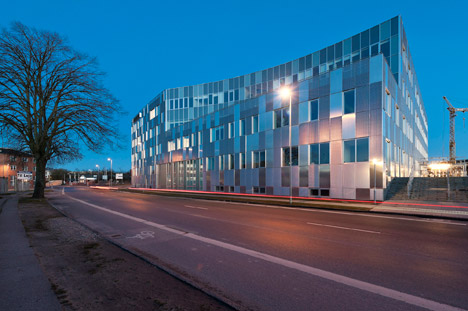 The materials and types were chosen to assist integrate the building with the industrial structures of the nearby harbour.

“The fundamental concept was to design and style a school that does not look like a school,” mentioned Schäfer. “The building’s robust and unassuming exterior is contrasted by an inner spatial diversity of rounded types.” 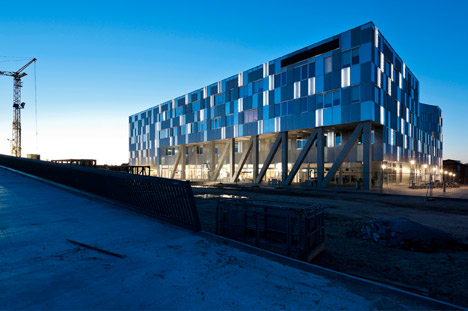 CEBRA is led by architects Mikkel Frost, Carsten Primdahl and Kolja Nielsen, who typically generate imaginative illustrations to accompany their styles. Other tasks by the studio consist of a children’s residence formed from a cluster of home-shaped blocks and a snowflake-shaped ski dome.

Photography is by Mikkel Frost.

Make a Furry Stool (With Gold Legs) in Minutes!