Sick-Studio has collaborated with French trend brand Pigalle to produce a multicoloured basketball court between a row of buildings in the 9th arrondissement of Paris . 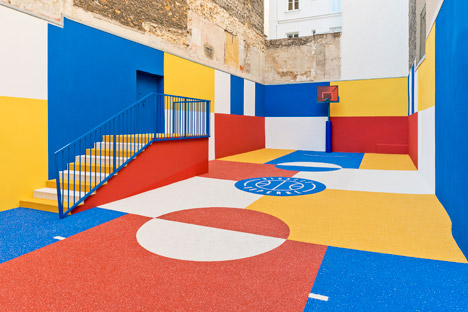 Named following its spot, the court is situated on Rue Duperré and was 1st renovated by Pigalle founder Stephane Ashpool and Nike in 2009. 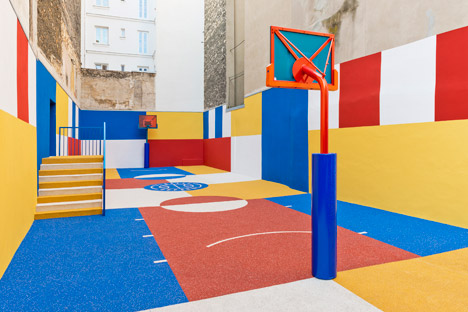 Last year, the two Paris-primarily based studios came with each other to update the court and generate a backdrop for the Pigalle Basketball Spring Summer time 2015 presentation. 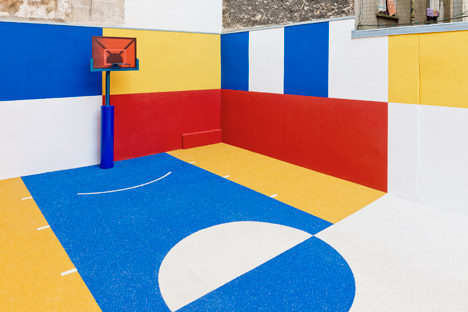 The Pigalle label was founded in June 2009 and the brand launched its 2nd line, Pigalle Basketball, in 2014. 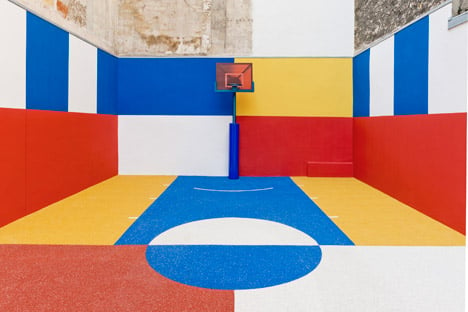 “Stephane Ashpool, the founder and designer of Pigalle, has been playing on this court and coaching kids there for a number of many years now,” Paris-baed Unwell-Studio advised Dezeen. “We first up to date the design and style in 2014 as a collaboration with Stephane for the launch of the Pigalle Basketball retailer that is found just in front of the court.” 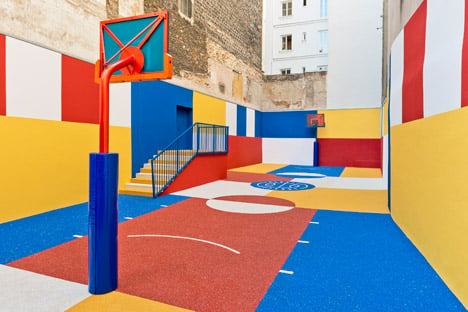 Unwell-Studio took inspiration from a 1930s artwork called Sportsmen by Russian artist Kasimir Malevich – a boldly coloured oil painting that depicts 4 figures stood side by side. 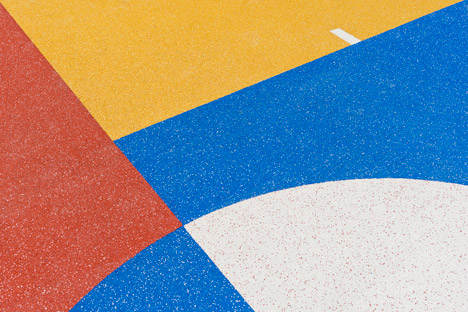 “Sportsmen is one of our favourite paintings of all time,” said the studio. “We had been attracted to the topics of the painting, but also the strong colors and graphic composition that matched the direction we had in thoughts.” 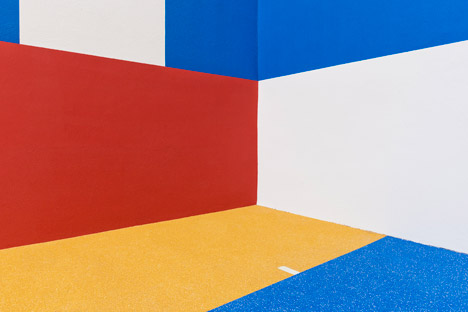 Panels of blue, white, red and yellow ethylene propylene diene monome (EPDM) rubber – a synthetic materials generally utilized in playground and sports activities regions – have been utilized to the floor.

The reduced segment of the brick walls has been plastered in excess of and painted in the identical hues, although the rest has been left in its original state. 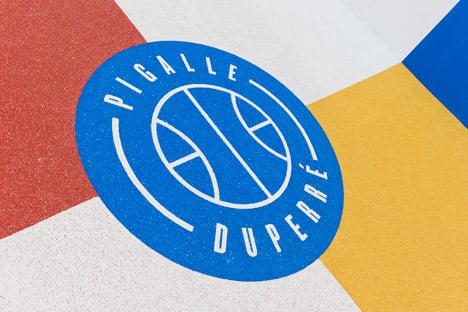 The Pigalle logo, also made by Sick-Studio, is positioned in the middle of the court as well as painted onto the entrance gate. 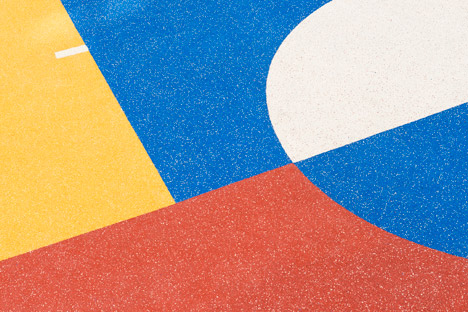 Pigalle Duperré is the most current addition to a longstanding collaboration among the two brands that began when they shared an office eight many years ago. 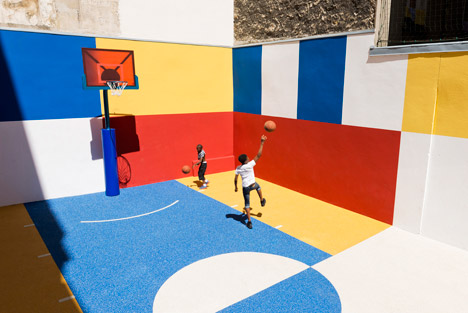 “We employed to share an workplace with each other, and when Stephane started out Pigalle he asked us to style the brand and generate the visual identity of the brand,” the studio said. “Our collaboration has been ongoing given that then. We frequently perform together on his collections and some basic artwork direction things for the brand.” 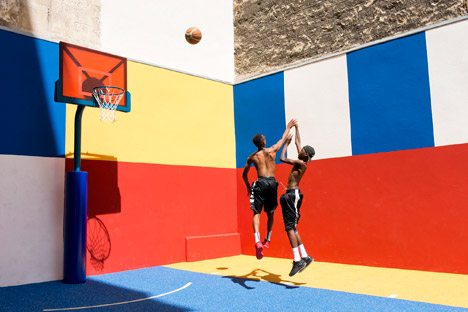 Founded in 2007, Sick-Studio is an “artwork path platform” that has previously collaborated with manufacturers including Louis Vuitton, Nike, Chanel and Adidas. 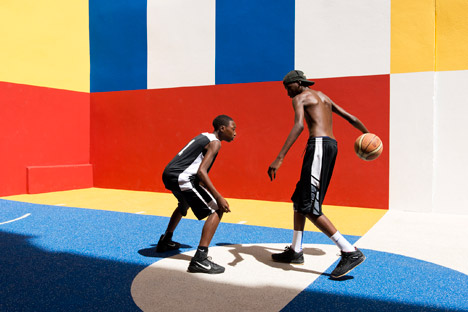 Ashpool opened the Pigalle shop in 2008 – naming the shop after the region where he grew up. 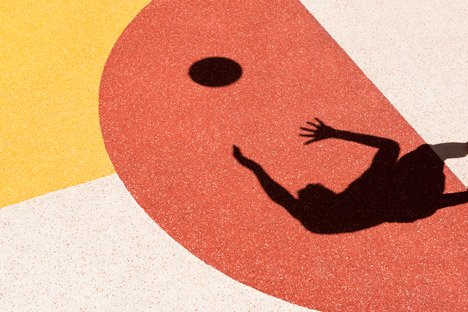 Previously, Ashpool and his mom had been creating vogue exhibits for labels such as Rick Owens and Gareth Pugh – brand names he eventually would stock in the Pigalle keep. 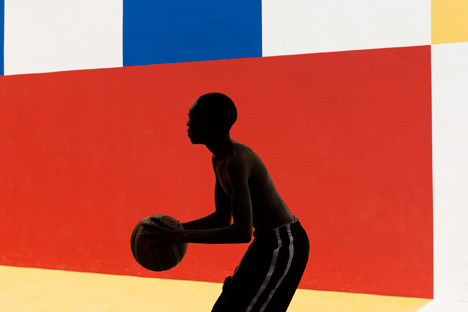 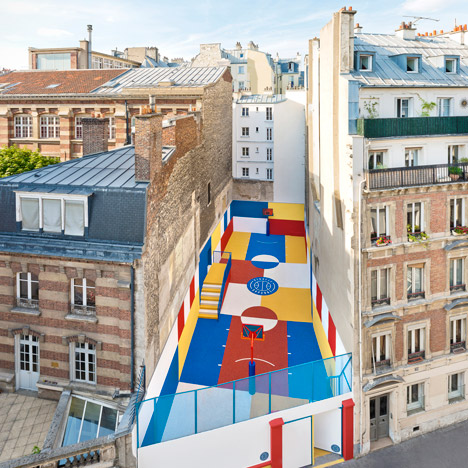 Photography is by Sebastien Michelini.