Canadian architecture studio Scott &amp Scott employed supplies that “dress in-in with use” for the interior of this pan-Asian restaurant in Vancouver . 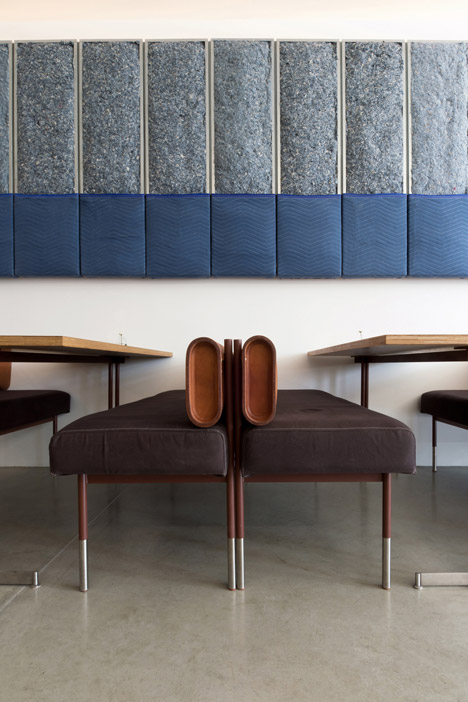 The husband and wife team have been tasked with creating a area for the Torafuku Contemporary Asian Eatery – the very first long term restaurant by the chefs behind the well-liked Le Tigre foods truck, which moves around Vancouver serving a “contemporary interpretation of classical Chinese cuisine”. 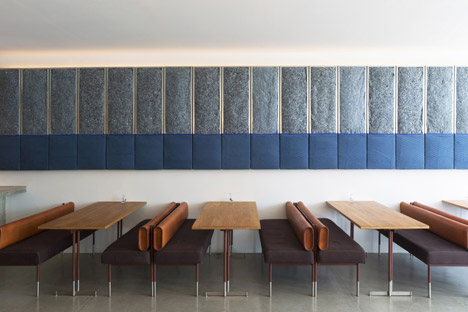 Located on the ground floor of a building in close proximity to Chinatown, the 48-seat restaurant was made to reflect the origins of the organization. The architects chose utilitarian materials meant to change with age and use – a frequent theme during their function. 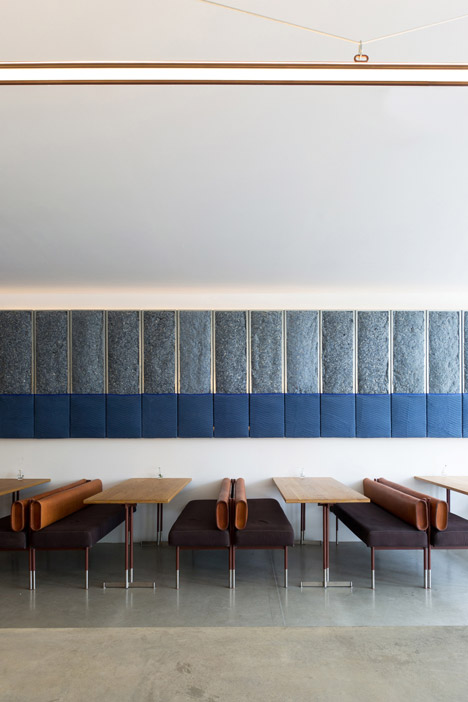 “Our interests in the possible of unsophisticated materials which we encounter in general development was aligned with the restaurant’s beginning,” David Scott told Dezeen. “The street-side foods truck is where the chefs created their track record, it was developed from preparing fresh substantial top quality dishes as consider-away.” 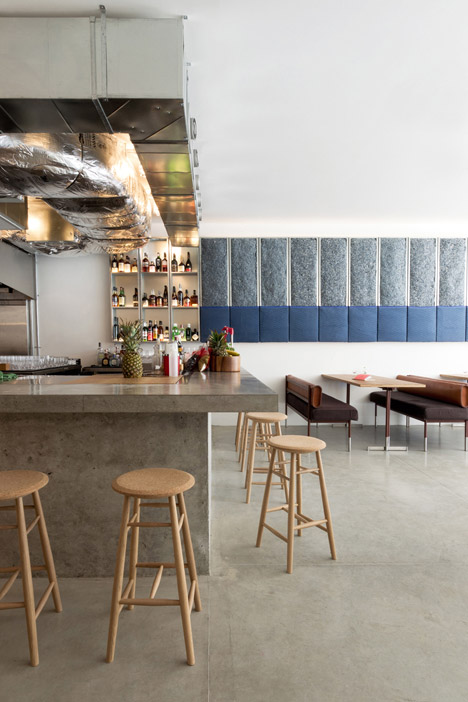 “We chose supplies that are utilized largely for their utility, left in their raw state or completed in a method of simple building common,” he explained. “They stability the strength of utility borne resources with a desire for the public elements to dress in-in with use, taking on familiarity and comfort more than time.”

Aiming to reflect the informal and open nature of the Le Tigre foods truck, Torafuku’s kitchen is positioned right in the middle of the restaurant – permitting the chefs to be visible to the diners. 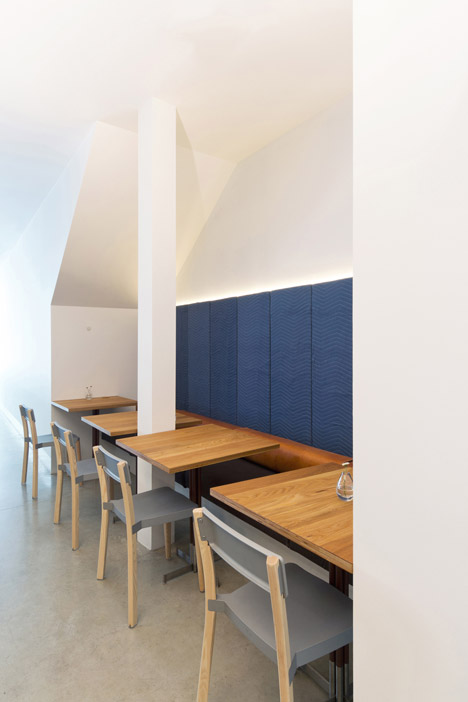 “We typically met with the chefs following their lunch support, and there was a wish to have the open kitchen a element of the encounter,” Scott explained. “The pride of operate was one thing which informed the design and detailing.” A huge cast-concrete table is located in the front segment of the restaurant, while 4 smaller booths sit against the wall on the left side. A additional row of two-man or woman tables are set back in an alcove dealing with the kitchen. 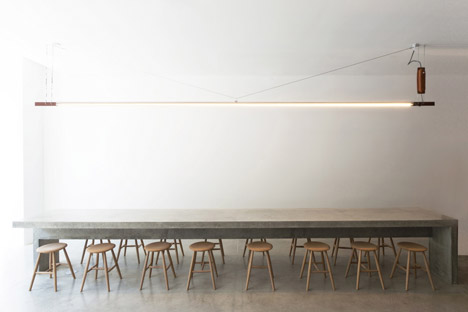 “The concrete communal table and kitchen viewing bar had been made as sturdy components around which the area is structured,” mentioned the crew. 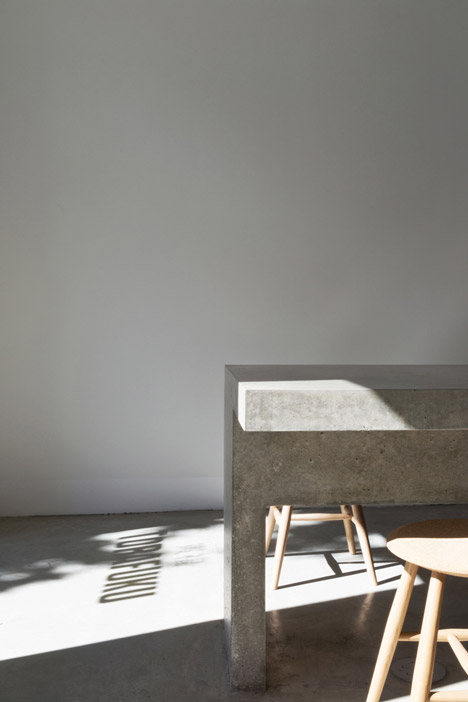 Though most of the furnishings was handmade by the architects in their self-developed Vancouver studio, Michael Young’s wood and aluminium chairs for Emeco and Lars Beller Fjetland’s cork-topped stools for Discipline sit close to the designated dining regions. 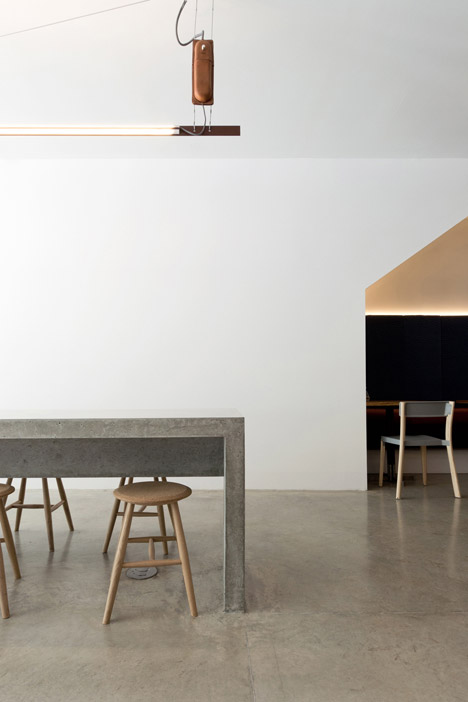 Quilted pads made from denim and wool have been positioned over the booths to “tune the space’s acoustics” and generate “higher conversational intimacy”. “These panels are situated the place smaller sized groups would be seated at the periphery of the dining space,” mentioned Scott. “They compliment the softer leather and tarpaulin seating and contrast with the much more lively central communal table.” 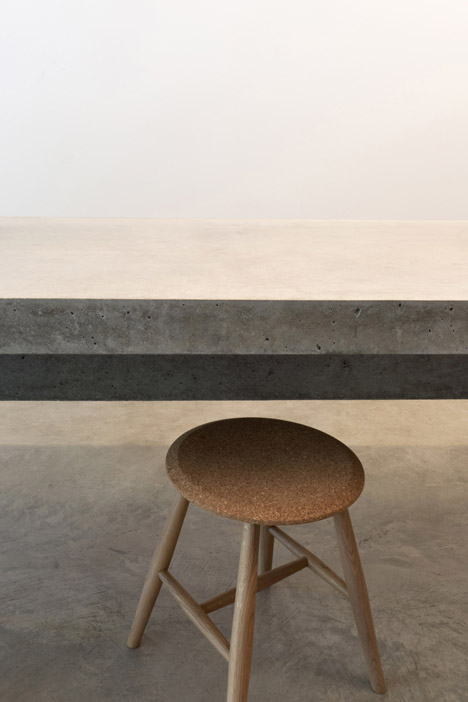 A long strip of LED lights that was customized-created by the architects is suspended over the communal table.

“The light is created from easy steel flats that have been completed in red oxide paint,” said Scott. “The LEDs can be balanced independently for up and down lighting.” Moulded leather boxes which residence the transformers are fixed to both end of the steel bar – the complete pendant is then suspended from an M-shaped cable. 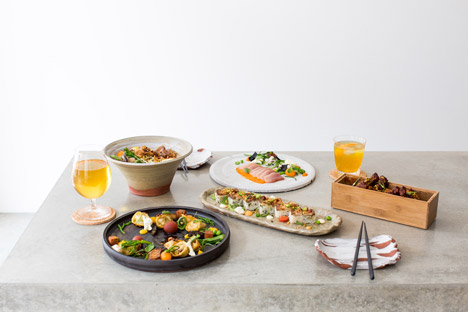 Scott and Scott founded their architectural studio at the start of 2013. Other tasks completed by the group since then include a currywurst restaurant featuring peg holes on the walls and a remote snowboarding cabin on Vancouver Island.

Photography is by Scott &amp Scott, unless of course otherwise stated.