Bangkok-primarily based THINKK Studio has constructed a minimal-tech machine that lets users customise the shape and colour of their very own thread lamps. 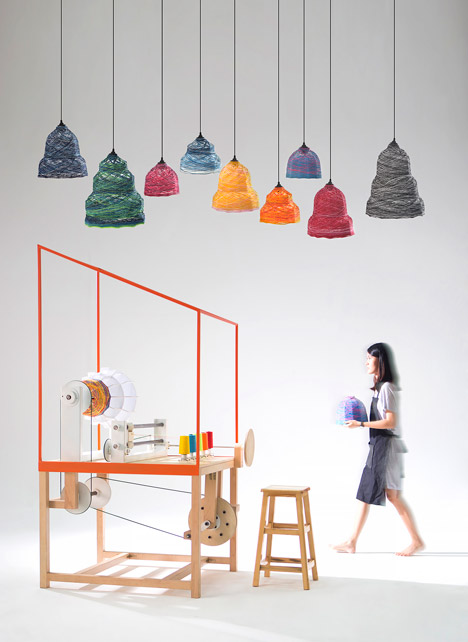 The Lanna Factory is a basic wooden station that functions five spindles – every single with a distinct coloured thread – as effectively as a management wheel and foot pedals. 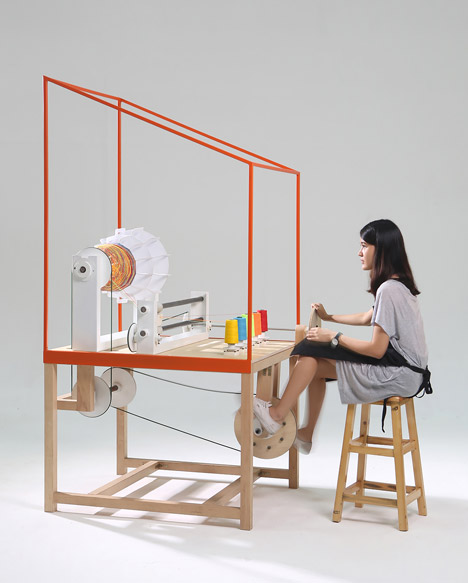 The yarn is pulled via a glue case and wrapped close to a spinning PVC foam mould, activated by the pedals and “steered” using the wheel. When the glue dries, the lamp can be removed from the mould and connected to a fitting.

Associated story: Shelves slide up and down the stem of Yu Ito’s Impila lamp

The user can choose from a range of moulds, and handle the path and colour of the thread, creating every lamp exclusive. 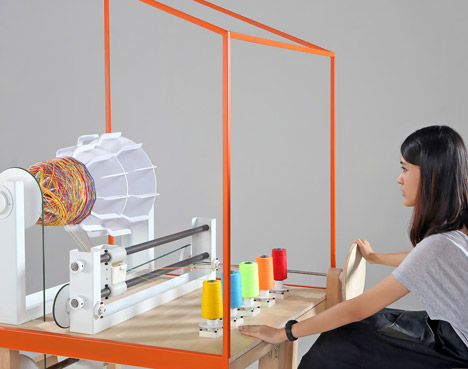 “We feel that everybody demands something to suit their lifestyle and interior area but it is hardly ever found in mass manufacturing, so we thought it would be nice to create one more lamp-creating system that permits men and women to customise their lamps,” explained THINKK’s Decha Archjananun.

“From this Lanna Factory, the lamp shade can be produced in the very same form and colour. But in the detail, it is distinct every time,” Archjananun said. 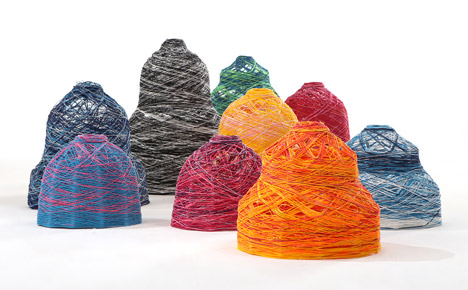 The finished lamps are produced from a lattice of overlapping multi-coloured threads following the form of the mould. 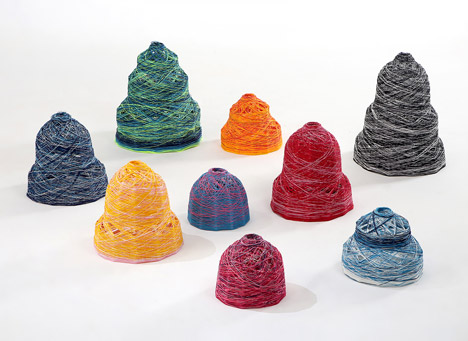 They reference standard ball string lights found in Thai flea markets, which are made by wrapping cotton string all around a balloon, applying glue and then popping the balloon once the adhesive sets. 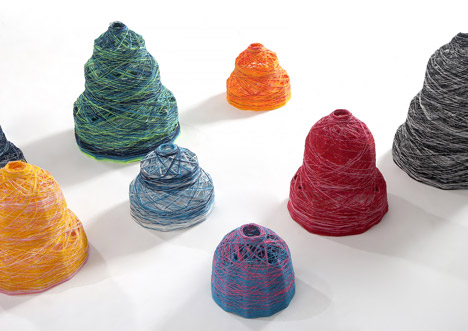 THINKK Studio needed to generate an equally straightforward, reduced-energy method that would allow a lot more range in dimension, form and colour. 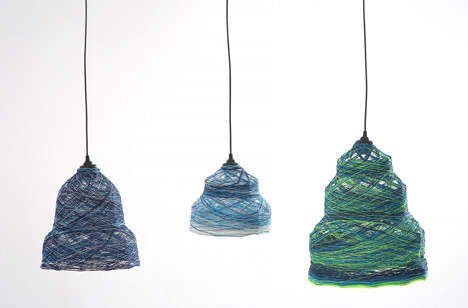 “Engineering is fantastic but when resources like power and resources are limited, the simplest engineering is a excellent decision to aid this concern,” stated Archjananun. 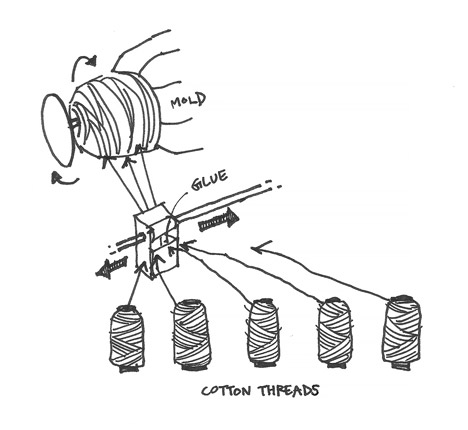 “In the meantime, we are in the age of creative technologies which every person can 3D-print an object in few hrs but for this task, we desired to locate yet another way that folks could be a lot more involved.” 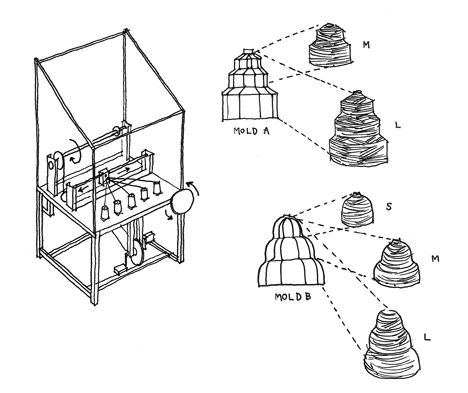 The Lanna Factory and Lanna Lamps will be proven during D’Days festival in Paris till 7 June 2015 as element of Sharing Thailand: Now, Then and Tomorrow curated by Chloé Braunstein-Kriegel &amp Thailand Innovative &amp Design Center.