The triangular window bays that undertaking from the facade of this Sydney housing block by MHN Design Union appear both red or yellow, based on the viewing angle . 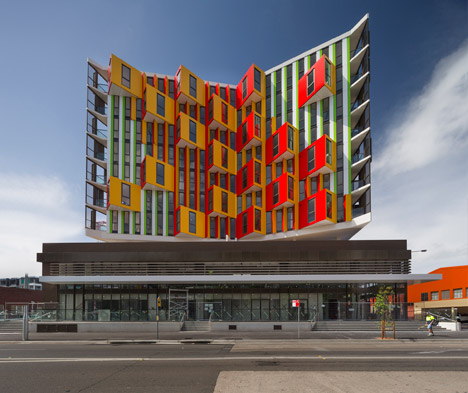 Sydney-based MHN Style Union designed the Viking apartment block for local developer Crown Group on a plot in Waterloo, a former industrial area that is gradually getting redeveloped into a residential neighbourhood. 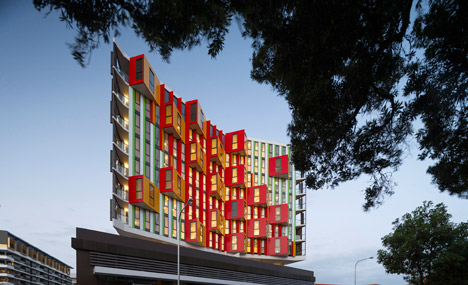 The architects based mostly the design and style of the facade on the sculptures of Yaacov Agam, an Israeli artist who is acknowledged for his brightly coloured kinetic and optical illusion performs – which also influenced a series of rugs by London studio Raw Edges. 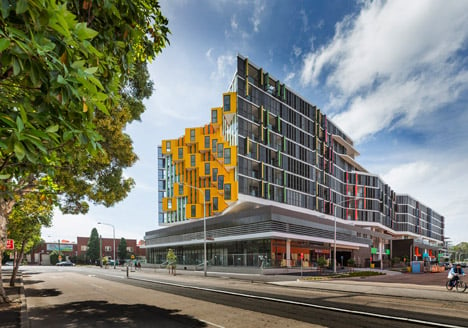 Nineteen triangular bay windows project in direction of the city on the north side of the building. Each is coloured red on one particular side and yellow on the other, that means the building appears in a different way depending on whether or not its approached from the left or the proper. 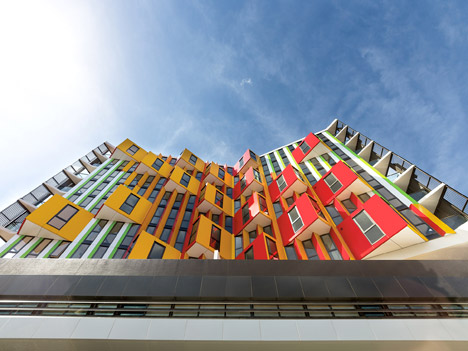 The building’s form tapers to a stage at the rear, generating triangular floors that selection from ten-large at the front to seven at the back.

The widest end is covered in the triangular windows, whilst the long sides encounter onto streets and parkland. 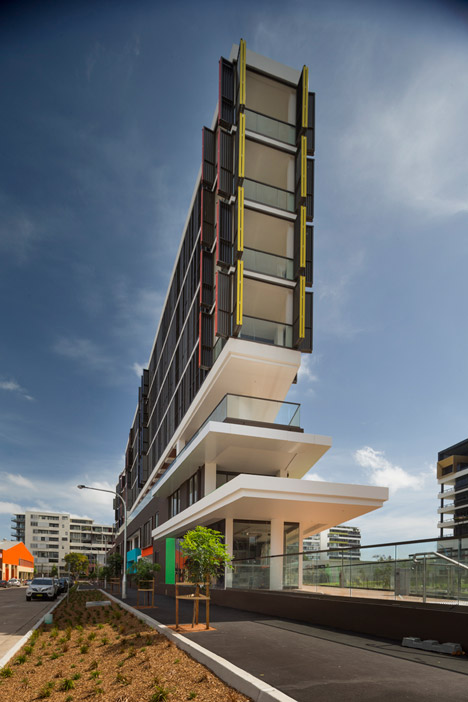 “Viking by Crown is an uncommon building for an uncommon site,” stated the architects. “The developing displays the acutely triangular site and resembles a compass level facing north in the direction of the city skyline.”

“The project’s east and west facades are long and calm, whilst the south presents a kinetic art facade to the busier site visitors street. The undertaking is outward looking, constructive and joyful.” 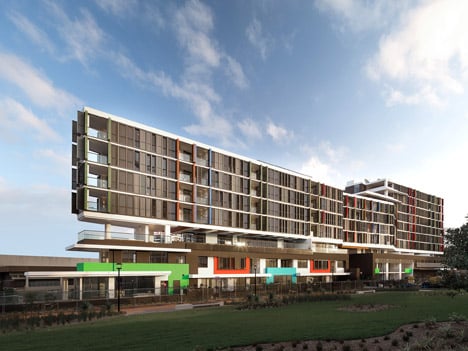 Mechanical shutters screen the glazed walls of the 110 apartments inside of, providing privacy from passing visitors and shade from the sun.

When these shutters are closed they cover the building’s flanks in a muted bronze-coloured grille, but when open they undertaking from the facade like fins to present brightly coloured hinges. 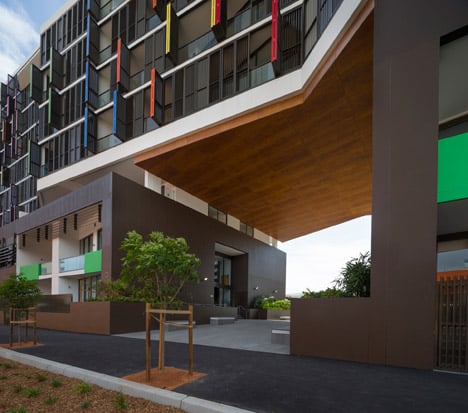 A 25-metre-lengthy pool stretches along the one side of the second floor. Surrounded by glass balustrades, it gives swimmers views more than the city and adjacent parkland. 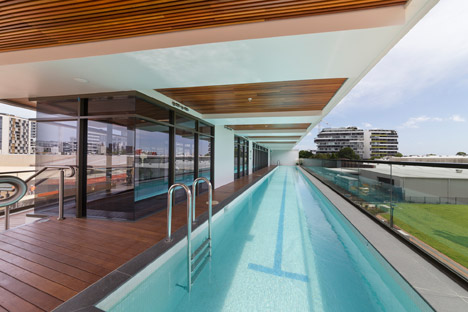 The creating is shortlisted for two awards at this year’s World Architecture Festival, which will be held in Singapore at the starting of November.

Photography is by John Gollings.