Israeli architect Pitsou Kedem has moved into merchandise design and style and produced a series of nature-influenced items for the home, including a shelving technique that references a rock formation and a sink based mostly on an iceberg.

Kedem and colleague Irene Goldberg developed the shelves, sink and mirror as the first 3 objects from a assortment that will eventually also consist of tables, chairs and other products for the property. 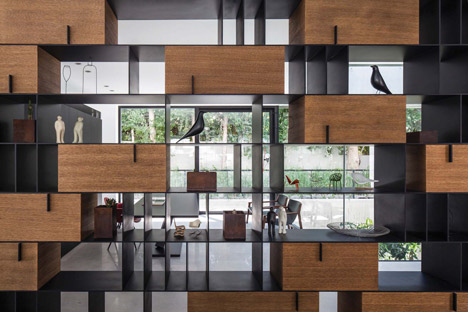 “As architects we style spaces for individuals – spaces that market a sense of place, calling their visitors to linger,” said Kedem, whose architecture tasks in his native nation contain a concrete 1950s-inspired property constructed for his household. “We developed Object to full this knowledge.”

The architect installed the Object things in an additional of his buildings: a residence close to Tel Aviv shaded by perforated weathered steel screens. 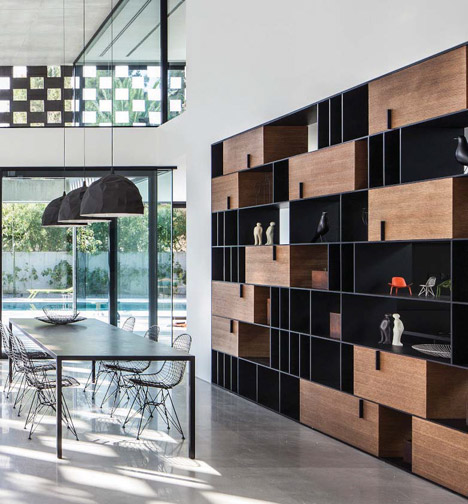 The freestanding piece has no back – enabling it to be accessed from each sides and used as a space divider. 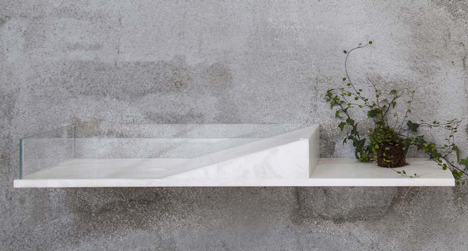 Its design is primarily based on rock formations with holes in them, which are sound but also traversable. “We drew our inspiration for the collection from nature – organic phenomena and natural objects,” Kedem informed Dezeen. 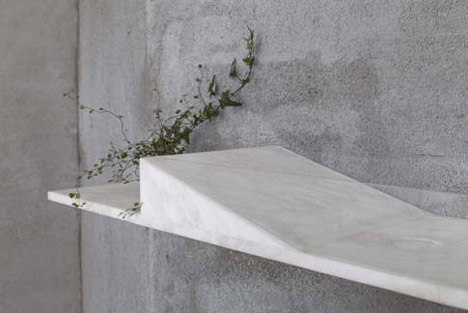 “For the sink we drew on the fascinating formations of icebergs – their mass, their colour and their material,” he explained of the mixed sink and shelf they have named Iceberg. 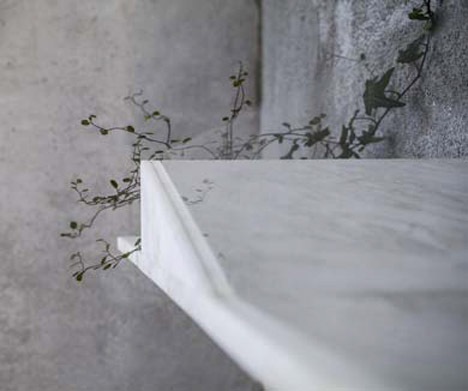 Created from a single sound slice of Italian white stone attached to the wall, a glass front consists of the water.

“Like a floating iceberg, its white surfaces and elegant lines transform from plains to a mass as we move around it, changing our level of perception,” he additional. 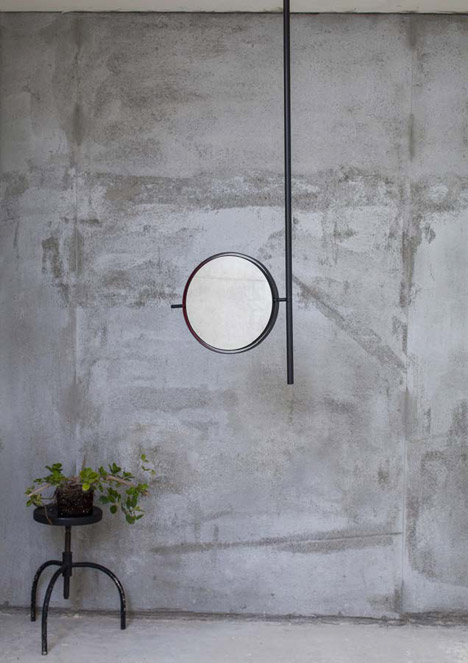 The Final Leaf is a double-sided circular mirror suspended from a painted iron pole, representing a droplet of water on the furthest leaf on a branch.

The mirror revolves close to its pole as well as its own axis, presenting a distinct reflection scale on every side. Its movement reveals the red colour of the inner frame. 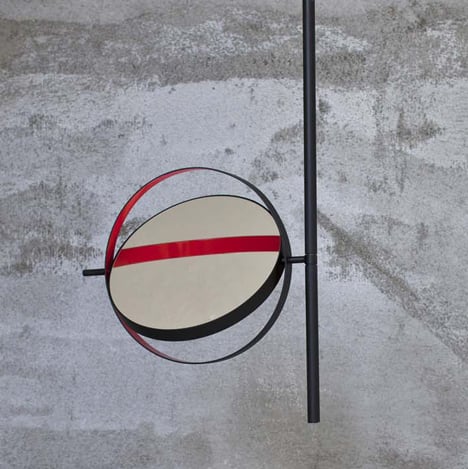 “The style of our objects is a playful dance between masses and plains, a continual movement between volume and void,” Kedem explained. “We realised we needed to create daily objects that enrich the everyday rituals of our lives. We feel that incorporating a smile to effectively-formed architecture every now and then is a essential gesture.” 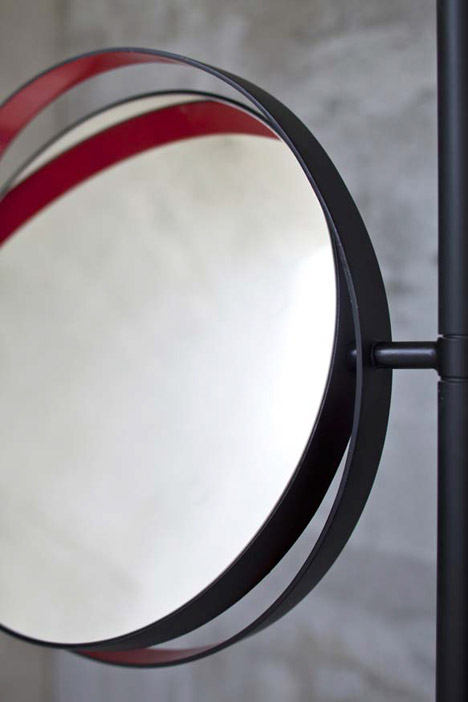 Architects have long dabbled in merchandise design, using it to experiment with their signature types at a smaller sized scale.

Examples contain Norm Architects, which collaborated with Note Design and style Studio on the Patchwork Marble Table for Menu and Zaha Hadid, who has lately extra a variety of stools and a bowl developed to resemble ice formations to her assortment of furnishings for London’s David Gill Gallery.

Photography is by Amit Geron.