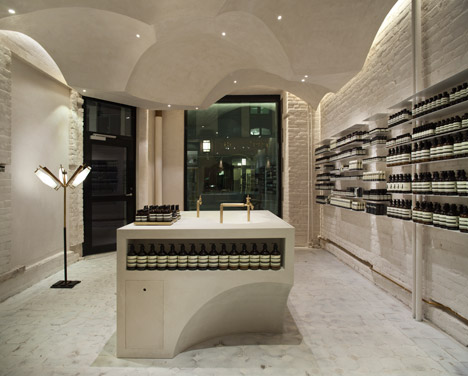 The tiny space on Oslo’s Prinsensgate has been by overhauled Snøhetta, which has offices in Oslo and New York, to house the newly opened Aesop retailer.

Associated story: “I was horrified at the thought of a soulless chain” – Aesop founder

“In this intimate 66-square-metre space, our purpose was to do a lot with small to play with contrasts in each material and form – with the contemporary and the standard,” said a statement from Snøhetta, whose styles have been selected to feature on the back of Norway’s new banknotes. 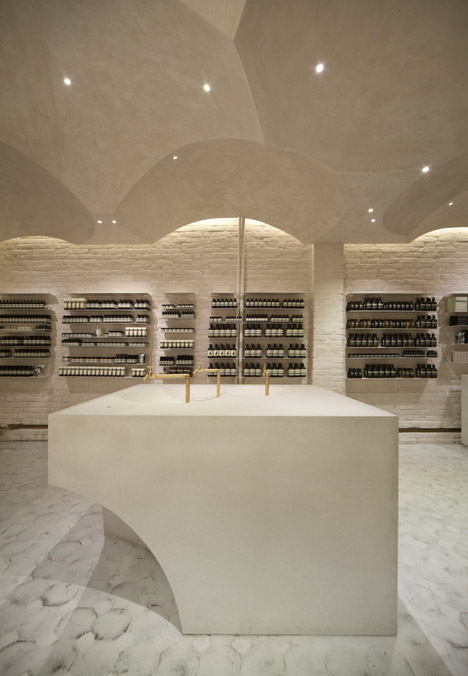 By means of “a approach of archeology”, the architects have peeled back layers from existing surfaces to uncover components and fixtures that date back to the 1800s. 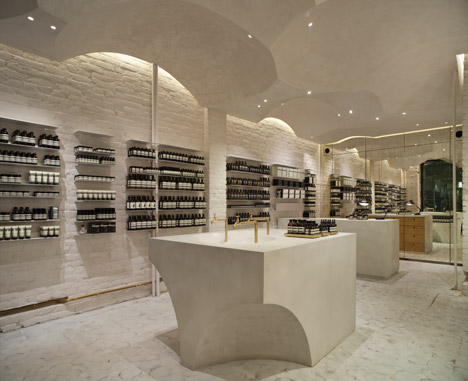 New interventions include the ten intersecting domes of different proportions that span across the ceiling, completed in matte gypsum plaster to create “a traditional form reminiscent of Orthodox churches and monasteries”. 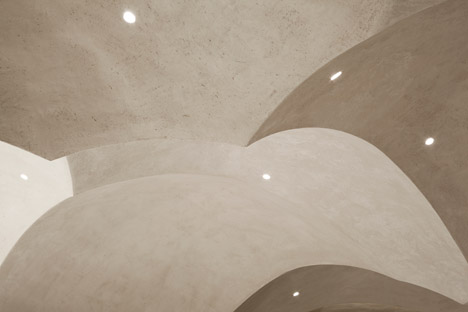 Modest spotlights are dotted around the concave surfaces to light the space, with extra illumination offered by cove lighting hidden amongst the ceiling and walls.

A sink located in the centre of the space also has curved dome sections removed from the corners around the base to minimise its footprint. 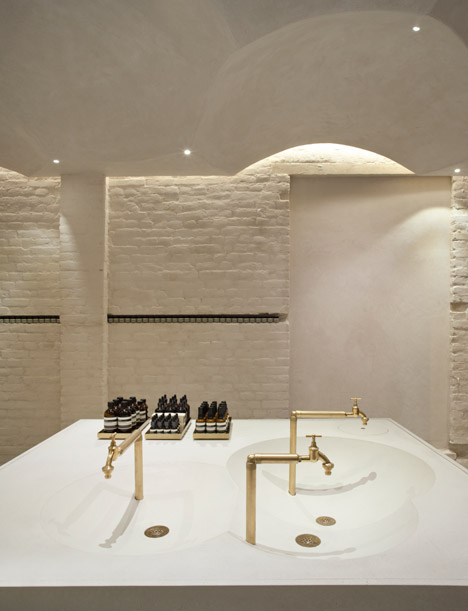 “Its form replicates these of the ceiling domes virtually in reverse,” said Snøhetta. “The several domes in the ceiling function to de-concentrate the space, while the single wash basin focuses the activities.”

Three brass taps stand above the bowl-like indents in the surface that kind the basins, where buyers can test the products and wash their hands. 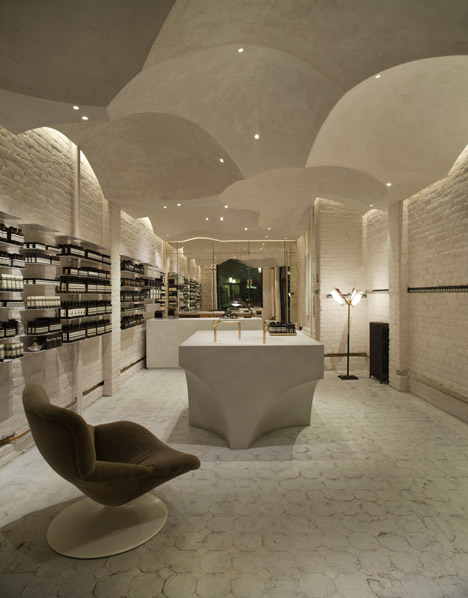 Whitewashed brick walls supply a backdrop for displaying the brand’s signature bottles, lined up on shelves along 1 side of the retailer. A lot more items are slotted into a horizontal niche formed by a missing line of bricks in the opposite wall. 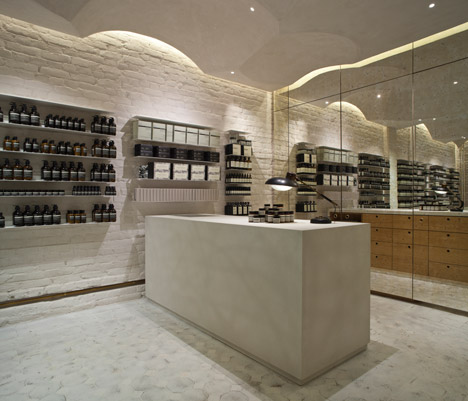 Mirrors cover the back wall behind the chunky cuboid-shaped retail counter, facing the large window that looks onto the street. The floor tiles uncovered throughout the renovation are treated with a pale finish to match the monochrome interior. 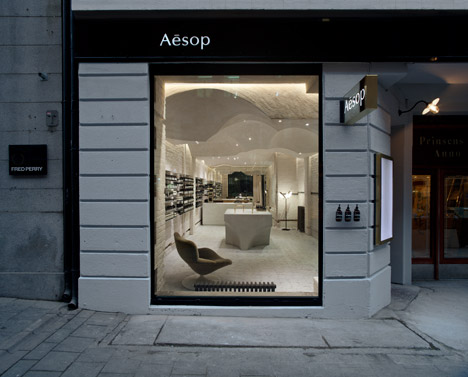 The Oslo shop is number one hundred in the list of Aesop’s worldwide retail outposts, each and every made to be exclusive. In an interview with Dezeen, the skincare brand’s founder Dennis Paphitis stated he was “horrified at the believed of a soulless chain” so produced confident that no two stores have the very same design and style.

Current Aesop interiors include a Stockholm shop with a huge gnarled elm wood counter and an Adelaide boutique that utilizes pale wood and antique marble.