Interieur 2014: British designer Ross Lovegrove has built a pavilion from Barrisol’s eponymous stretch-foil material  to exhibit his new lighting products for the brand at this year’s Biennale Interieur 2014 . 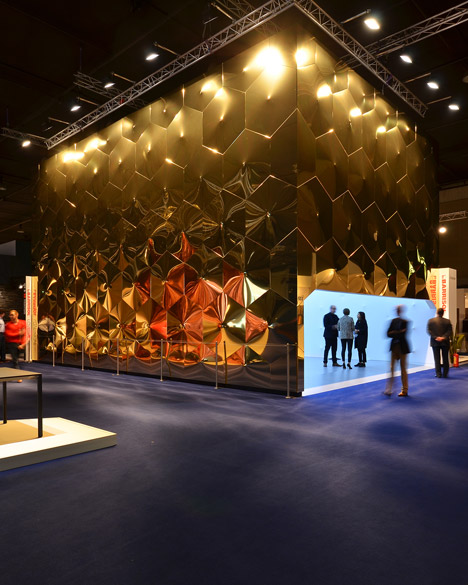 Ross Lovegrove’s giant cuboid for French company Barrisol is installed in Hall 5 of the Kortrijk Xpo centre, one of the main venues for Interieur 2014.

The outside of the structure, which measures seven metres tall and 12 metres along each side, is clad in hexagonal tiles that are covered with reflective golden Barrisol to look like a honeycomb. 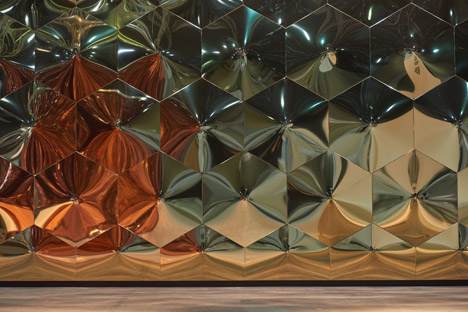 Inside, a bright white environment is created using a different type of Barrisol that covers the walls and ceiling. 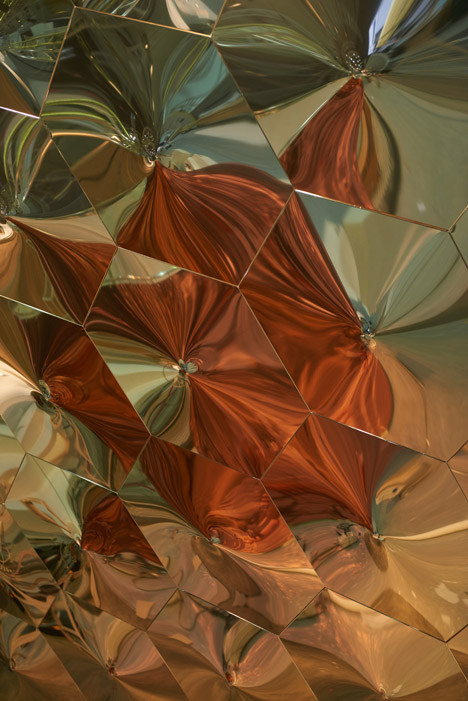 The material is pushed in and pulled out across the surfaces, holding it in tension and forming a subtle pattern of shadows that corresponds with the framework for the exterior. 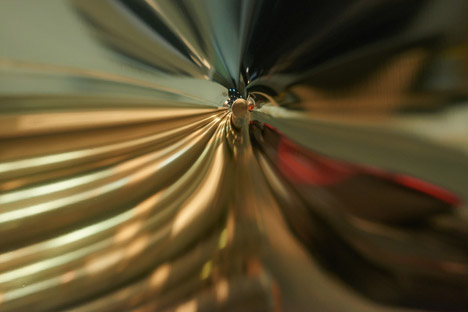 Due to the material’s acoustic-dampening properties, the space is quiet despite the hustle and bustle of the trade fair around it. 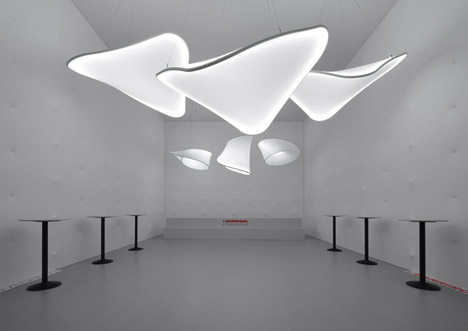 “This installation opens up an aesthetic territory between the deep ocean and deep space, forming a dialogue for the 21st century between aquatic biomorphism and Nasa-like intelligent systems,” said Lovegrove. 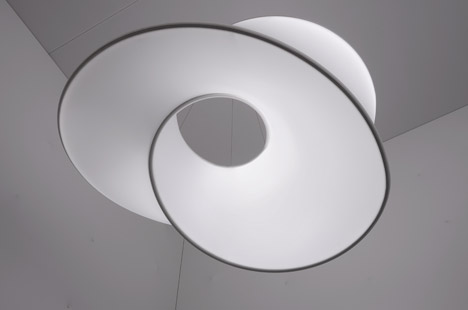 The pavilion was created to exhibit a range of sculptural lights that Lovegrove has created using the Barrisol material, which are on display for the first time at Interieur 2014. 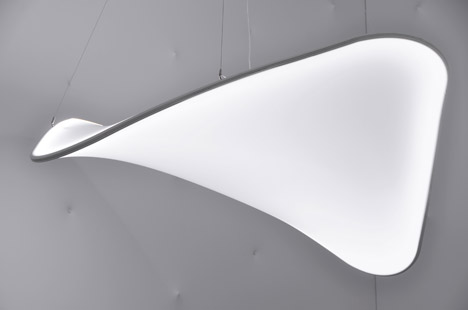 To create the series of three-dimensional lighting pieces, the designer has stretched the material around arrangements of aluminium tubes. 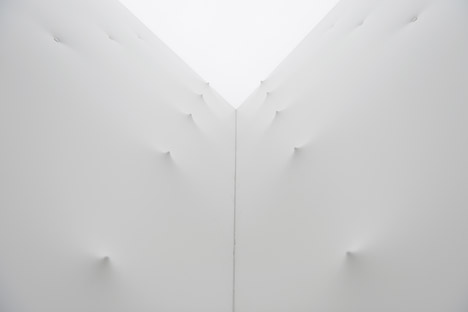 Three of the designs are formed around tubes in “infinite loops”, where the material is pulled taut around the shapes. 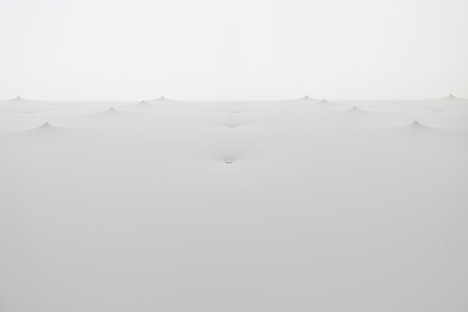 A rhomboid-shaped light, named Manta, is formed in a slightly different way, with two horizontal layers stretched apart using an undulating frame around the edge.

LEDs installed inside each of the pieces glow through the translucent material. 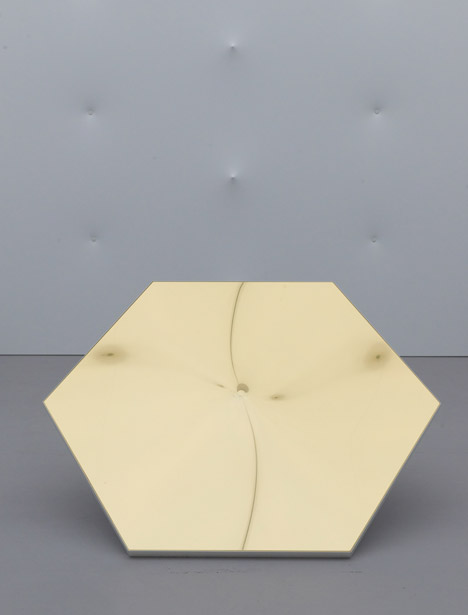 The lighting will remain on show in the pavilion for the duration of this year’s Biennale Interieur, which continues until 26 October.