News: the World Monuments Fund/Knoll Modernism Prize for preservation of a modern landmark has been given to a Finnish committee responsible for restoring architect Alvar Aalto’s Viipuri Library in Vyborg, Russia . 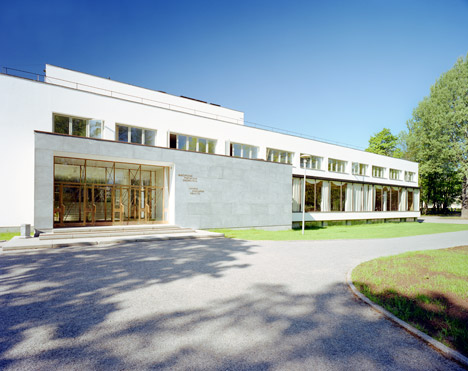 The Viipuri Library was built between 1927 and 1935 in what was then the Finnish city of Viipuri, and has been restored by a specially formed committee in collaboration with the building’s current management.

Barry Bergdoll, chairman of the Modernism Prize jury and curator of architecture and design at New York’s Museum of Modern Art, said the building was “an icon of 20th century architecture”. 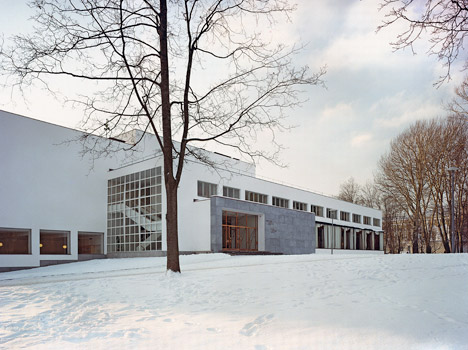 “With its distinctive sky-lighted roof, undulating wood-slatted lecture hall ceiling, and glass facade-enclosed staircase — the library at Viipuri is one of Aalto’s most important buildings from the years in which he was adventurously exploring a new Modernist vocabulary; indeed, photographs of the building soon made him known around the world,” said Bergdoll. 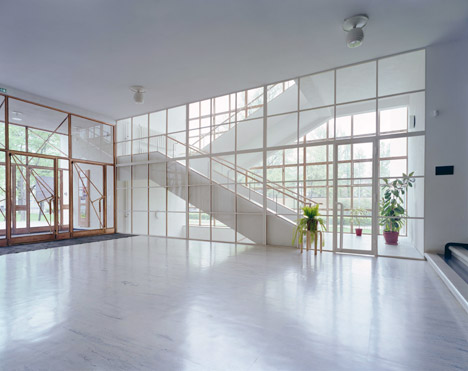 War and changing borders saw the town the structure was designed for change both countries and names – from Viipuri to Vyborg. It is now known locally as the Central City Alvar Aalto Library. 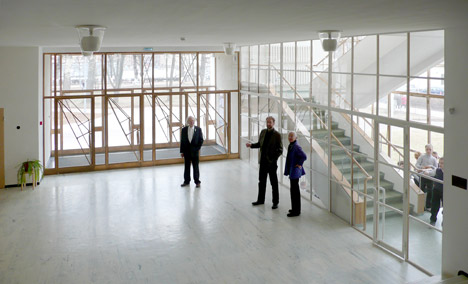 Under the Soviet regime, few outsiders were able to visit the building and it was threatened by abandonment and “inappropriate renovations”, according to the World Monuments Fund (WMF). 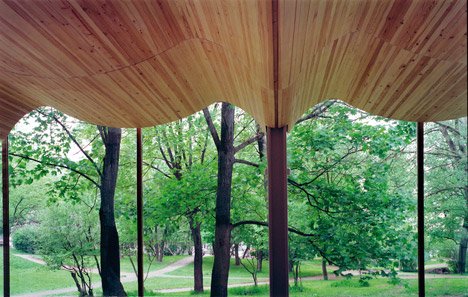 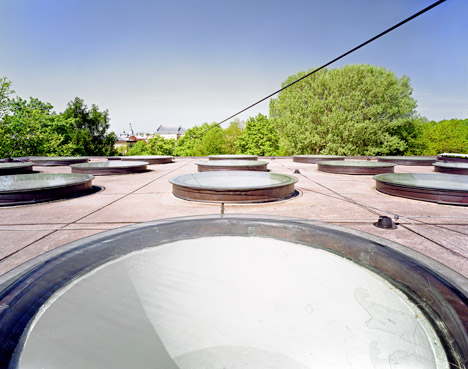 They were assisted by the new management of the library, including Tatiana Svetelnikova, Helen Rogozina, and Alexander Batalin.

Completed in 2013, the restoration required cooperation between the Finnish and Russian governments, regional authorities and international funding. 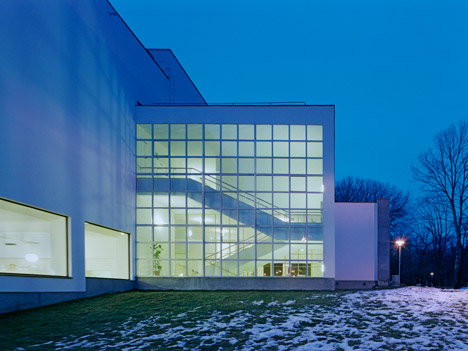 “The restoration organised and executed an impressive international campaign that has ensured the survival and revival of Aalto’s masterpiece by restoring it to its original function as a vibrant municipal library,” said Bergdoll. 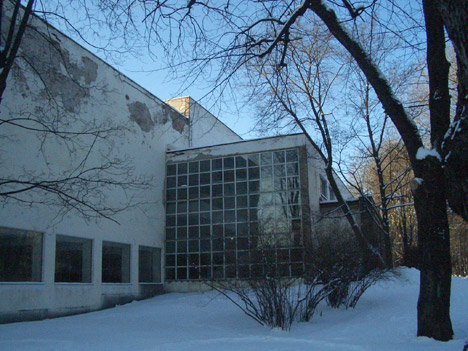 The project took two decades and the building was twice listed on the World Monuments Watch list for modern buildings at risk – once in 2000 and once in 2002. 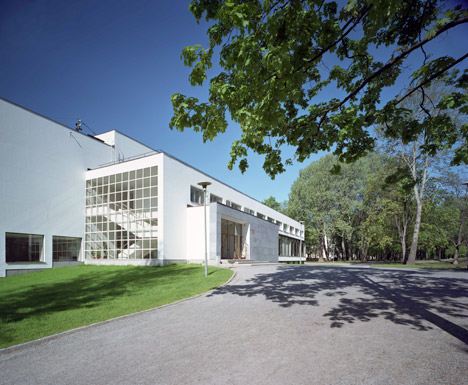 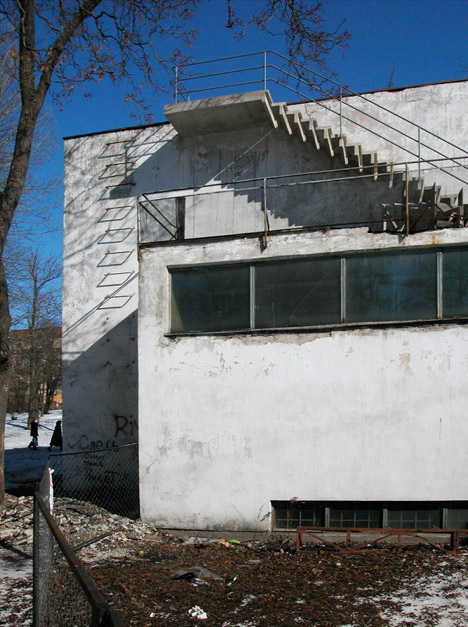 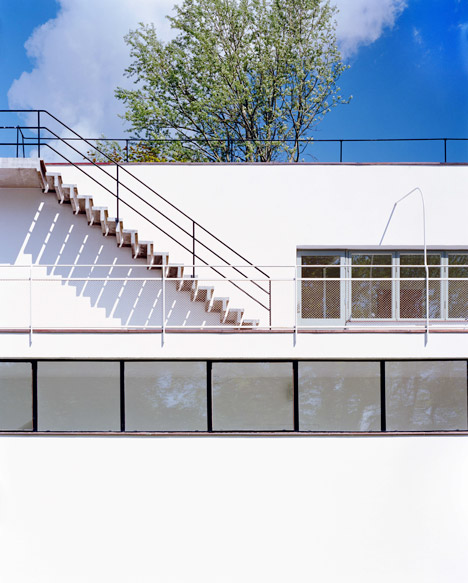 Launched in 2008, the Modernism Prize is granted every two years for an architectural or design solution that has preserved or enhanced a Modern landmark or group of landmarks. 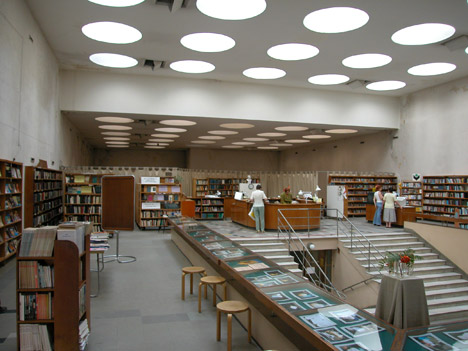 It will be presented at New York’s Museum of Modern Art on December 1 by WMF president Bonnie Burnham and Andrew B Cogan, CEO of furniture brand Knoll, which sponsors the prize. 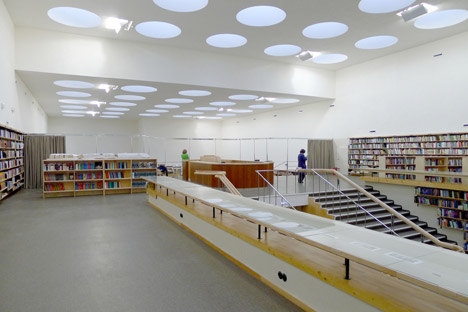 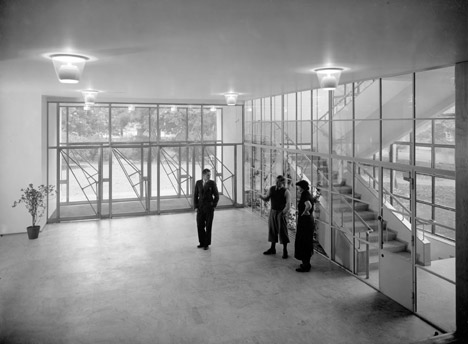 “Viipuri Library is an iconic modern structure and we are delighted to witness its successful restoration through an international network of funders and professionals,” said Burnham. “It speaks to the fundamental mission of WMF, which was founded on the belief that international cooperation can play a catalytic role in saving important historic sites around the globe.” 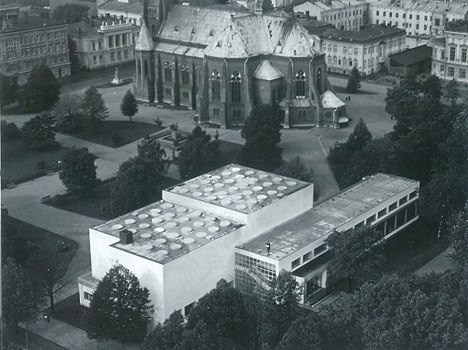 Images courtesy of The Finnish Committee for the Restoration of Viipuri Library and Petri Neuvonen.