Aalto’s side table made its debut in 1936 at the Milan Triennale, taking its cue from the designer’s curiosity in British and Japanese tea culture.

The original design featured a simple blonde birch frame, a single pair of wheels, a ceramic tile-covered tabletop and a wicker basket.

A yr later a second model of the layout was launched, which replaced the wicker storage space with a single linoleum tabletop, and added a 2nd tray at wheel level. 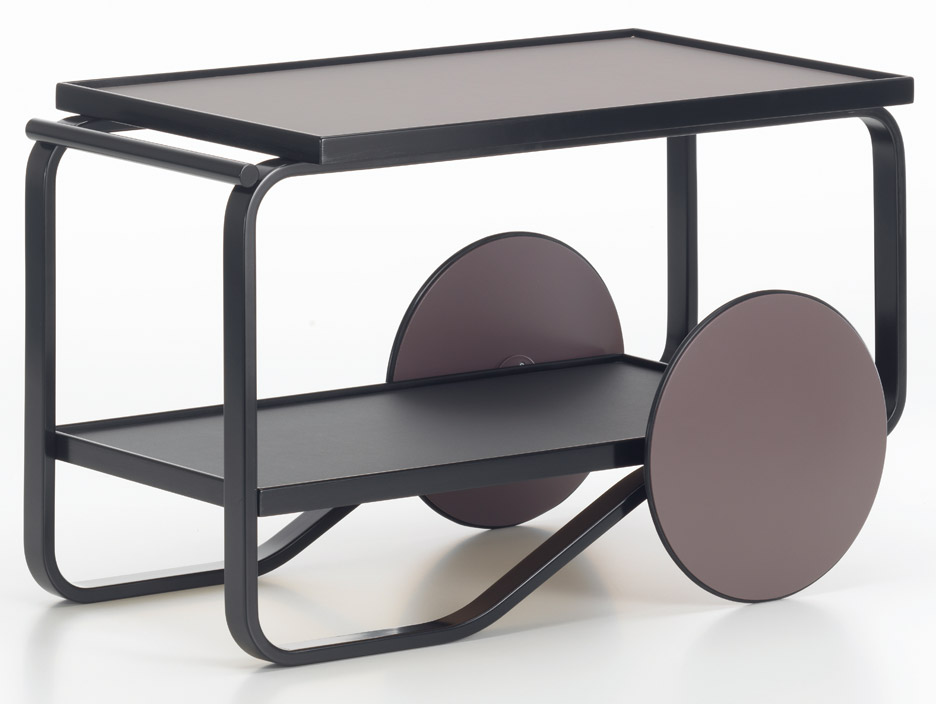 Jongerius’ edition of the table retains the two trays, and is available in light birch and black lacquered versions.

In each variations, the upper tabletop echoes the colour of the wheels – eggshell for the light edition and aubergine for the dark – although the linoleum of the reduce tray is slightly darker, further emphasised by shadow.

A deal with that spans the width of the trolley allows it to be moved around as needed.

Artek, which was acquired by Swiss design and style brand Vitra in 2013, previously partnered with the Bouroullec brothers to launch a assortment of tables and shelving, as well as industrial designer Konstantin Grcic to produce a birch chair. 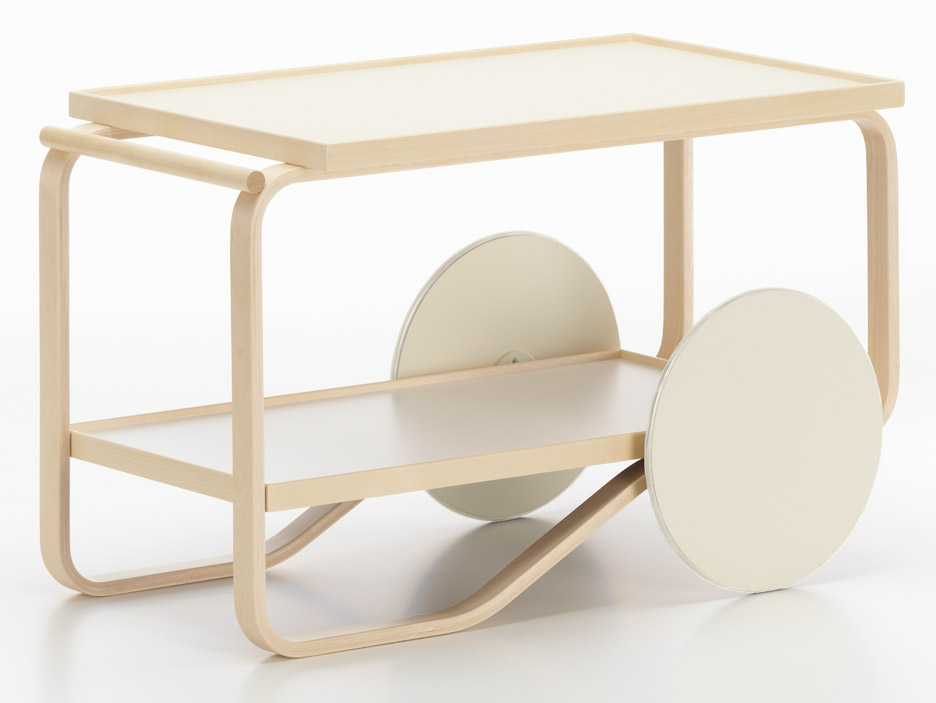 The firm was originally founded in 1935 by Aalto and his wife Aino, art promoter Maire Gullichsen and art historian Nils-Gustav Hahl.

The company’s core archive comprises Aalto’s birch wood furniture, although it has extended its selection to include pieces from Finnish designer Ilmari Tapiovaara. A collection of unique Aalto styles were also reintroduced earlier this yr.

Artek acquired the HKT Korhonen factory that has been employed to create furniture because the organization was established early final yr.

In a manifesto published this April, Jongerius – who has also reinterpreted Artek’s Stool 60 – proposed a new agenda for design and style, calling on practitioners to move beyond “the New for the sake of the New”.

In an earlier interview with Dezeen, the designer commented: “Why make new things each and every yr? I never feel we have to have much more stuff. I believe a designer can use her talent to update a assortment and also be sustainable.”

Photography is by Marc Eggimann.