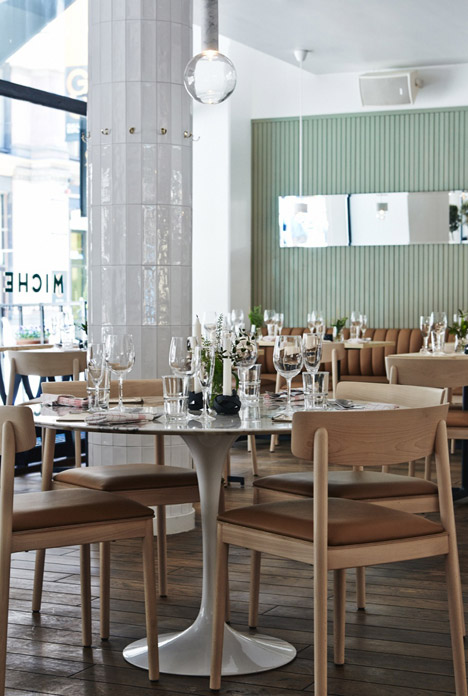 Aiming to produce a informal and cozy interior, Laajisto referenced kiosks that had been built in the Finnish capital in the 1940s and 50s with her choice of resources for Michel.

The kiosks had been based on a style with an extended canopy by city architect Gunnar Taucher, and frequently feature wooden interiors and slatted panelling. This is most obviously reflected in the wooden lining used on the walls of the restaurant’s dining location. These were swapped for a lighter colour palette including pistachio green, white and all-natural wood, utilizing components intended to appear “light and fresh”. 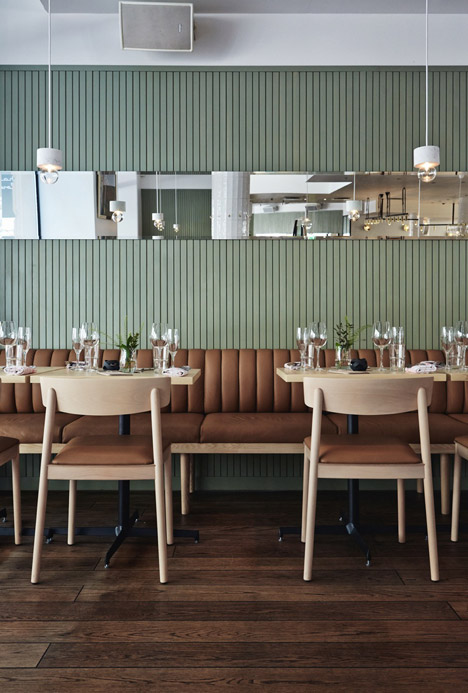 “It was essential that we wouldn’t drive the previous loyal customers of König away, but for the place to be timeless and fresh at the very same time.” 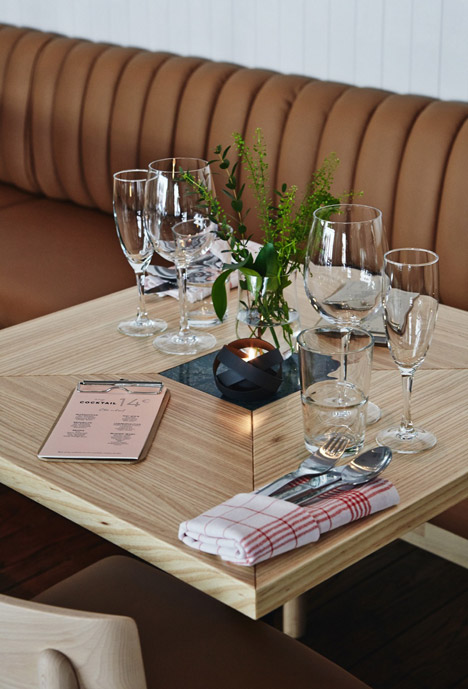 The dining location occupies the ground floor, and some additional spaces are found in the basement.

White tiles now clad the old columns, corresponding with the rest of the walls inside of the major restaurant region. 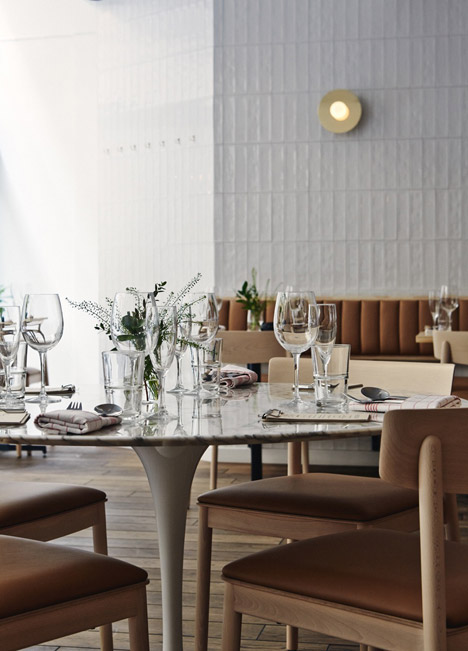 The majority of the tables sit all around the edge of the dining space. These were custom created with ash wood and characteristic green marble insets.

There are also two of the iconic circular marble tables designed by Eero Saarinen inside the centre of the space. 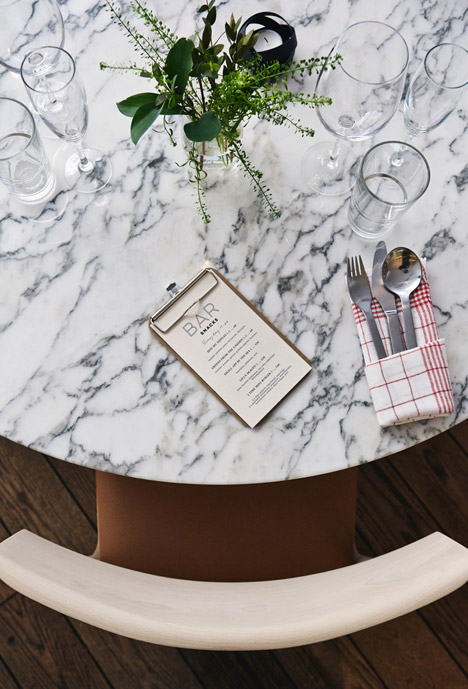 A cocktail bar clad in marble slabs with a stainless steel surface is located in the centre of the restaurant, with rows of stools are lined up along its outer edges. 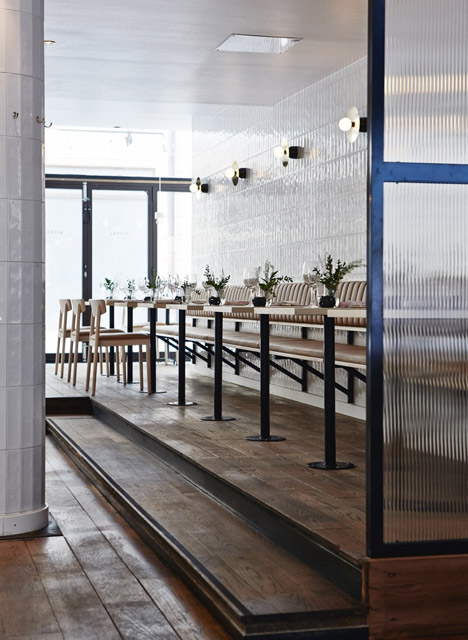 For lighting, brass sconces by French producer Atelier Areti are mounted on the tiled walls of the restaurant and downstairs bathrooms. The rest of the decorative light fixtures are by Swedish manufacturer Rubn and Danish brand &amptradition. 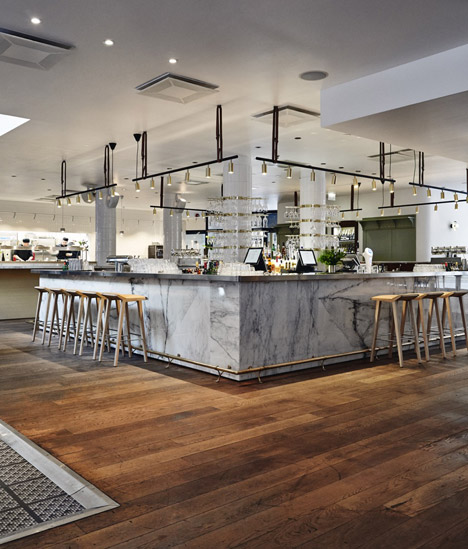 Two of the largest modifications to the present room incorporated the relocation of the kitchen and conversion of the basement location – described by Laajisto as “dark and miserable” – into bathrooms. 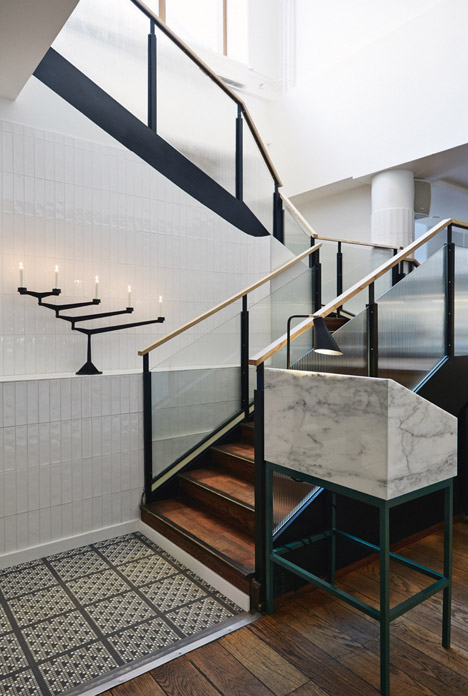 Corresponding with the ground-floor cocktail bar, the walls of the bathrooms are mainly covered in marble. A massive trough-like sink by the studio sits beneath wall-mounted taps. 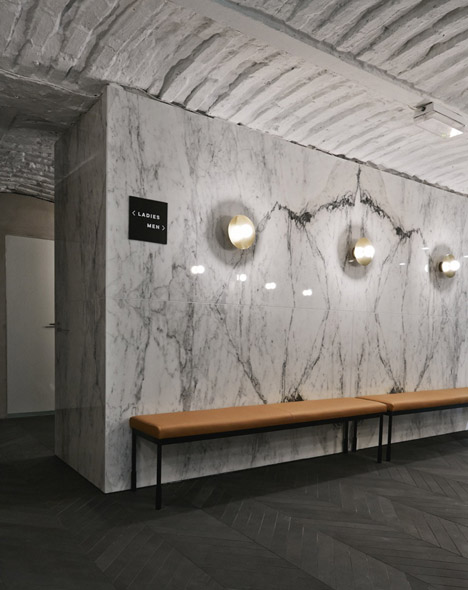 “I wished to deliver something luxurious there,” explained Laajisto. “The place feels more like a powder space than a restroom with freestanding sinks, leather benches and dimmed brass sconces.” 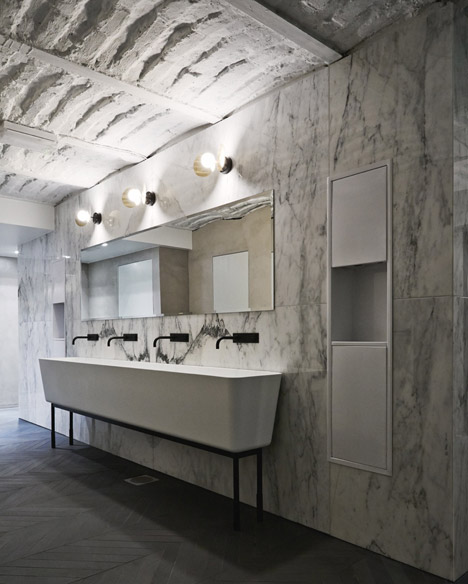 Photography is by Mikko Ryhänen.