Bornstein Lyckefors Architects pays tribute to an agricultural method acknowledged as slash-and-burn up with this forest museum close to Torsby, Sweden, clad with wooden logs . 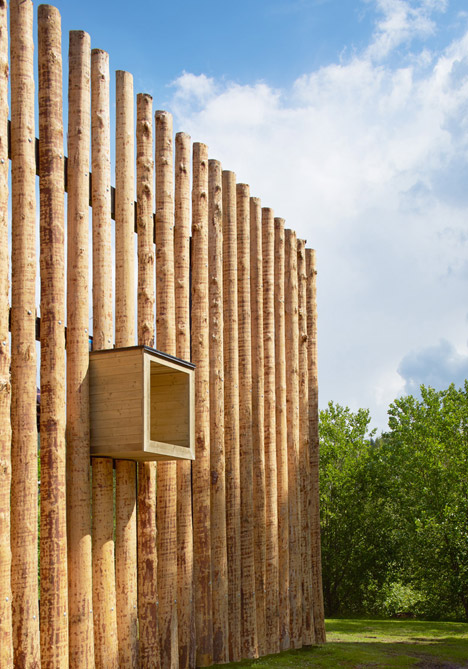 Slash-and-burn is a kind of self-sufficiency farming that involves the cutting or burning of woodlands to develop fields for growing foods.

As the Torsby Finnskog Center is devoted to the background of the Nordic forests, Bornstein Lyckefors Architects wanted the design to make reference to this practice, which was brought to Sweden in the 1600s by Finnish migrants recognized as the Forest Finns. 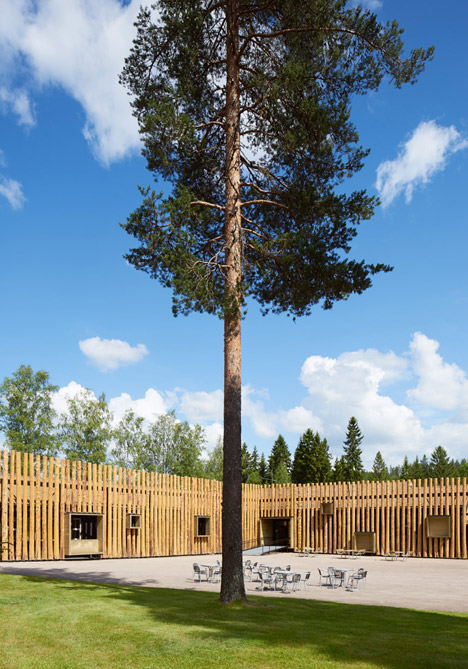 “The Forest Finns lived from burning the forest and utilizing the leftover pieces of land for agriculture,” architect Andreas Lyckefors advised Dezeen. “The museum is exhibiting their way of daily life and we wanted to let the architecture talk the same values.” 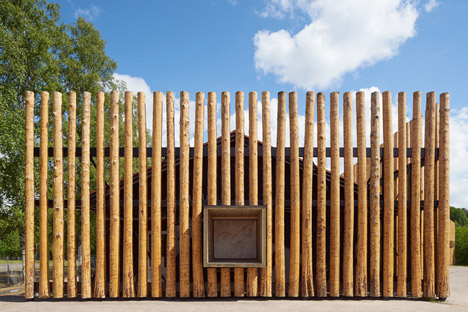 A total of 300 logs have been sourced from the surrounding forest to generate the museum’s wooden facade. Each log was stripped of its bark before being cleaved in half and mounted onto a rack. 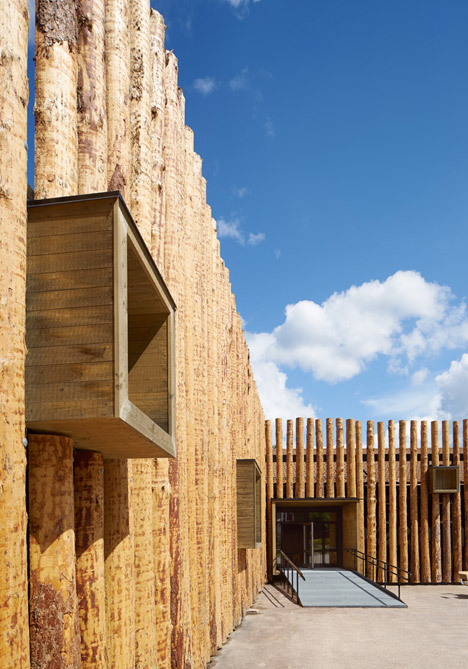 Rather than painting or treating the wooden lengths, the team chose to leave them unfinished so that they will show their age.

Connected story: MX_SI’s addition to the Serlachius Museum Gösta has a stripy facade primarily based on an “abstract forest”

“The greatest challenge was to deal with the weight of the material,” explained the architect. “The screen of timber had to be reinforced by a steel structure.” 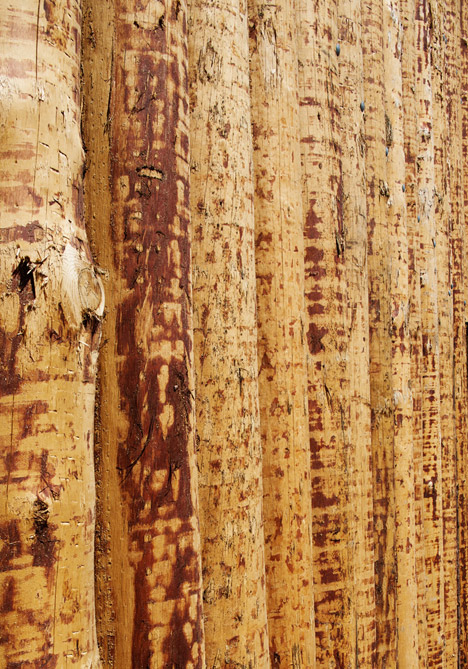 Behind the facade, the single-storey creating comprises an old disused primary schoolhouse that has been renovated inside and out.

The exterior was painted black to “appear only as a shadow behind the screen of timber”. 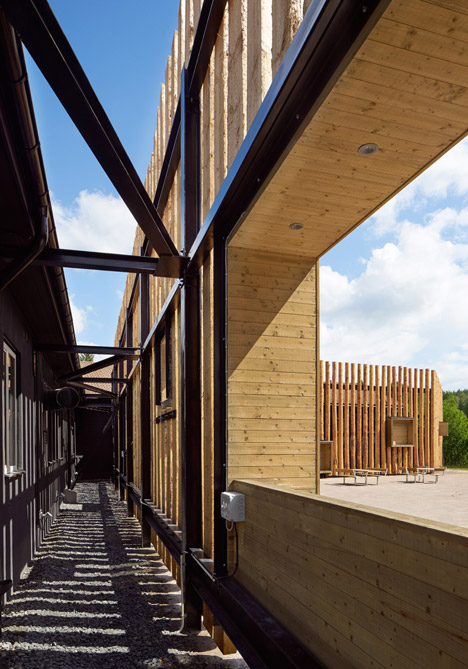 Wooden boxes had been put in to lengthen the existing windows and doors out beyond the new outer facade. A single kinds the major entrance, although one more provides an outdoor seating region. 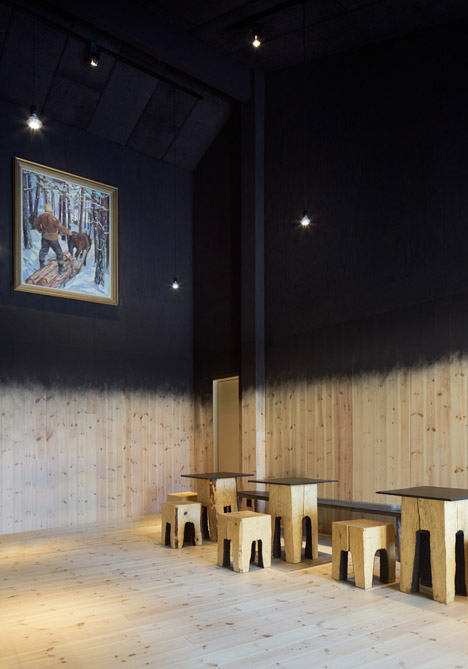 Within, walls are lined in wood and painted with a black gradient. This was meant as yet another reference to the cultural heritage of the Forest Finns.

“The Finns utilised to heat their houses by letting smoke pour into the buildings under the roof,” said Lyckefors. “The ceiling would be filled to a degree at eye-height, leaving black traces. We wanted to recreate that.” 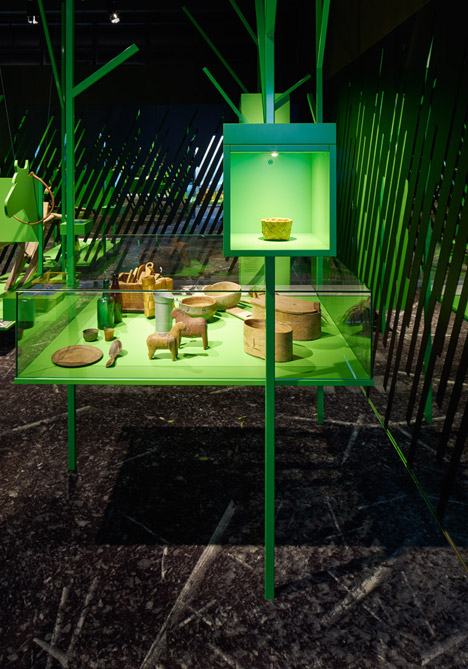 The inner layout was left largely unchanged, as it turned out that the present classrooms had been about the dimension needed for exhibition spaces. 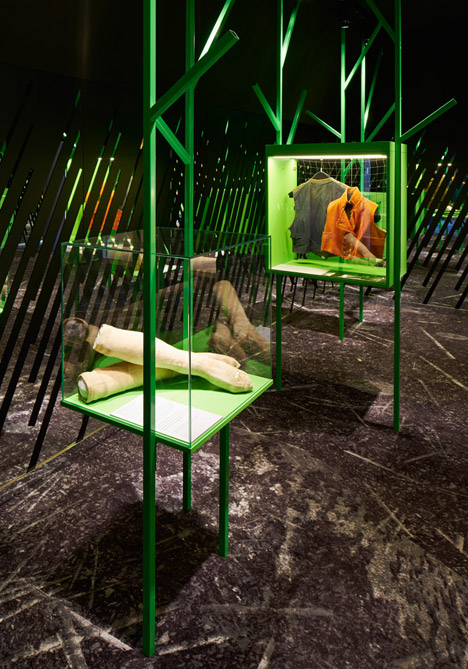 Four galleries form one particular wing of the L-shaped program, although the other side is made up of a big multi-objective room and a cafe. The entrance lobby is sandwiched in between. 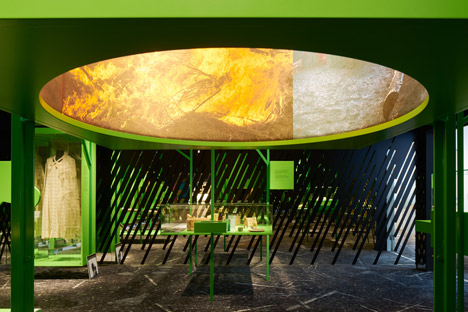 The constructing opens with an exhibition showing the history, traditions and crafts of the Forest Finns, which was also made by Bornstein Lyckefors Architects. The floor is covered with a printed carpet depicting the burned ground, while the green exhibition stands were modelled on young trees.