Japanese studio Kubo Tsushima Architects has renovated a wedding chapel in Tokyo’s Ebisu district – painting each windowsill in colours of the rainbow to “impart faint hues” as light filters through . 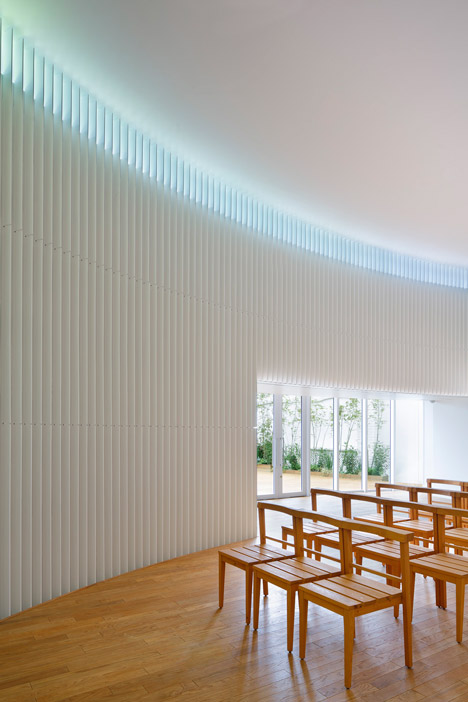 Initially constructed as an annex to a members-only salon, the oval room was previously lined with steel panels that created the area dark and “gothic-hunting”, according to architect and studio co-founder Yumi Tsushima. 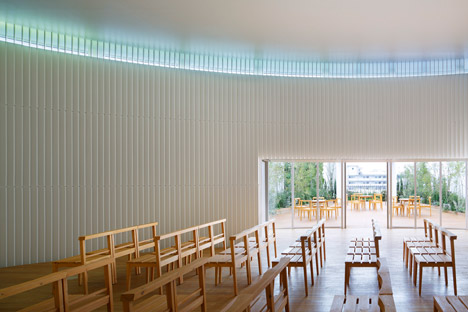 “The recent proprietor desired to remove the present building’s excessive ornamentation and realise a style animated by organic light,” she told Dezeen. 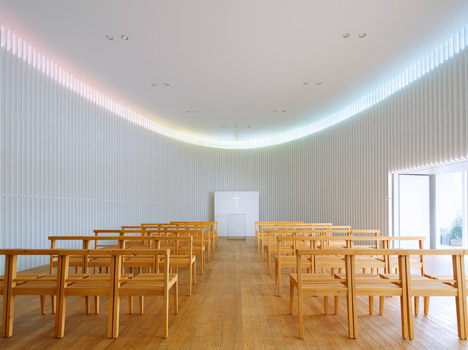 As soon as the panelling was removed, the architects installed vertical fins constructed from fibre cement board – a material previously used by Atelier HAKO Architects to cover the complete facade of a home. 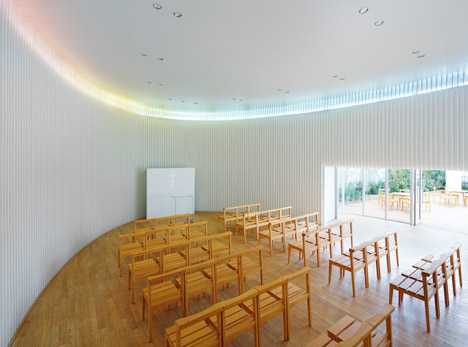 “We wanted to give highest play to the oval plan and high sidelights of the chapel,” stated the architect. “We wished to use light to produce ornamentation.” 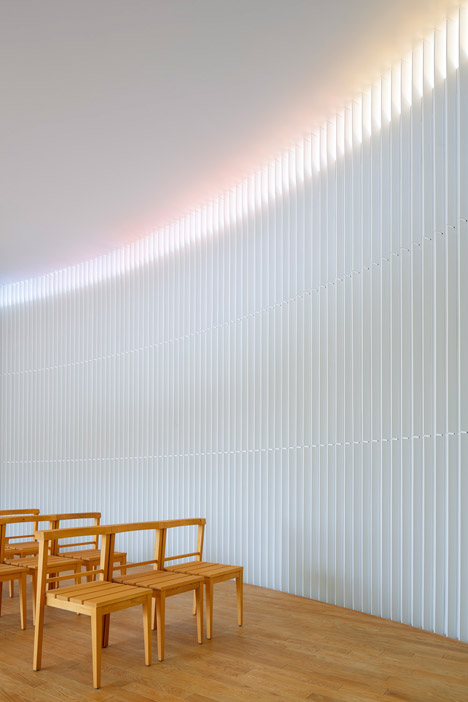 The architects chose to paint the sills of the transom windows that run along the top of the hall in a gradient of rainbow hues.

The fins all around the walls continue over the windows, assisting to reflect the colors onto the ceiling. 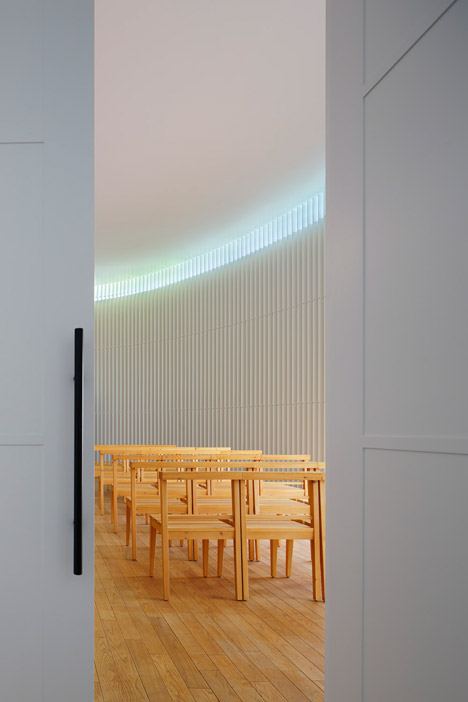 “We made a decision to use individuals paint colours, so as to develop a beautiful rainbow,” Tsushima stated.

“The light from the outside comes and bounds to the inside, reflecting individuals colors onto the walls,” she explained. “By painting every single higher sidelight window a various colour, we imparted faint hues to light coming into the chapel.” 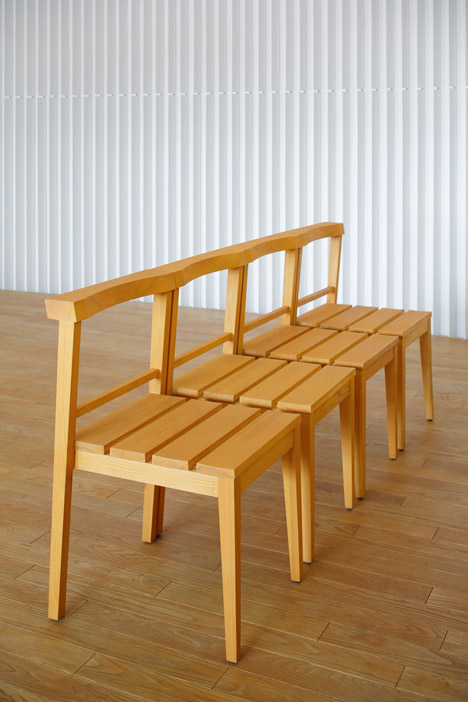 Matching the floorboards, wooden chairs made by the architects fix with each other to make a series of pew-like benches.

A glass lectern is situated at the front of the hall, while glazed doors on one side open out onto a terrace utilized for conducting ceremonies outside. 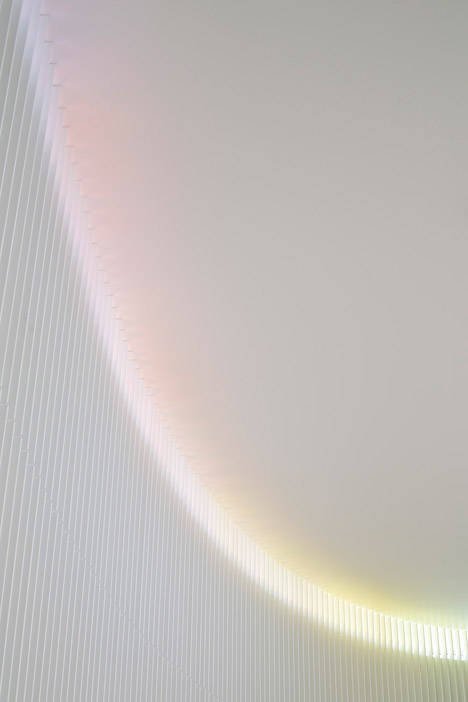 Dezeen has compiled a record of eleven gorgeous chapel styles, like a Batman-shaped church by Schneider+Schumacher and a concrete chapel that teeters in excess of the edge of a mountain in El Salvador.

Photography is by Koji Fujii at Nacasa and Partners.