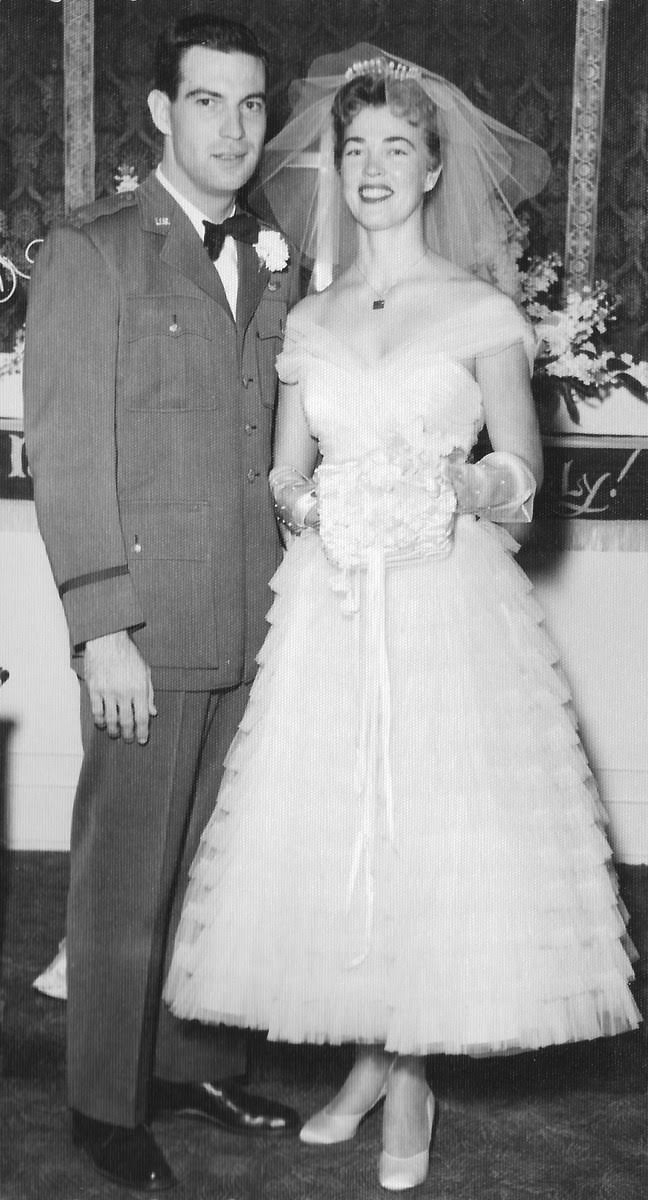 First Lieutenant Walter and Audree on their wedding day, December 4, 1954.

Thanks to Audree who shared this photo: “On one fateful day, my great-aunt Audree visited the Day Dream Ranch just off the Strip south of Warm Springs in Nevada. It was a gambling hot spot at night, but during the day young twenty-somethings hung out by the pool. On a warm June day in 1954, Audree walked through the lounge to the pool and was spotted by her future husband, Dan. He peeled off a barstool to follow her, telling his buddy, “That one’s for me.” Six months later, they were married. She spent her married life traveling all around world living in places such as Tehran, Iran, Naples, Italy, Sembach, Germany, and many Air Force Bases throughout the U.S. They were married for 61 years before she passed last November.”

We’d love to see your Vintage Bride submissions. Email us for a chance to be featured!

Vintage Bride :: Going to the Chapel 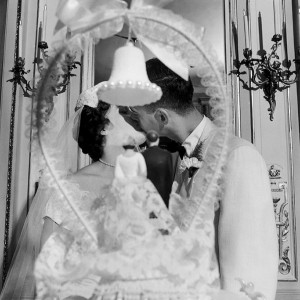