Photographer Ed Reeve has applied for preparing consent to dig a personal railway station underneath his home – the David Adjaye-made Sunken Home in north London.

Created by Adjaye in 2003 and completed in 2007, Sunken Residence is situated in De Beauvoir Town, directly above the future route for the CrossRail two train that is set to connect south-west and north-east London when it opens in 2030. 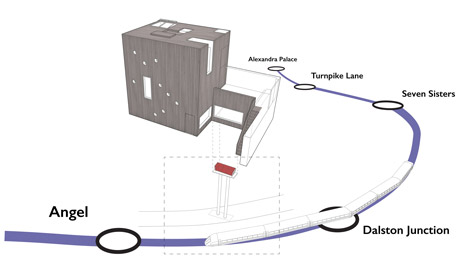 Reeve plans to consider advantage of this by building his own personal station, which will use ramped travellators to make sure he and his family members can board and disembark a train without it needing to quit.

“I think the station could become a prototype for public-private initiatives in the capital’s infrastructure,” the photographer advised Dezeen.

Sunken Home, acknowledged affectionately as Ed’s Shed, is a partially submerged 3-storey framework clad with dark-stained cedar. The lowest floor of the building is partially submerged, making a sunken kitchen and dining space, and an adjoining house-workplace.

“We realised that by simply excavating the ground beneath the courtyard we could simply create our own entry to the new CrossRail line,” stated Reeve.

Working with architectural designers Elizabeth MacLeod and Adriana Keast, Reeve has proposed connecting these spaces to a new lift shaft that will descend down to interchange degree, immediately above the north and south-bound railway tunnels. 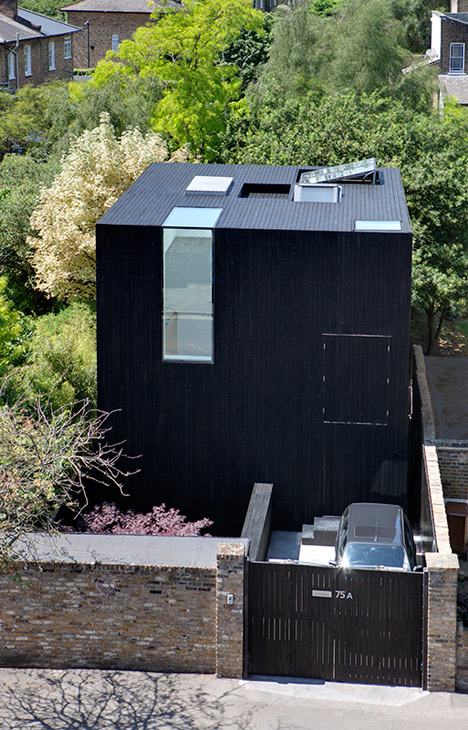 The proposal includes ramped travellators – moving walkways that will accelerate to the speed of passing trains to allow the family members to board and keep away from disruptions to the timetable due to unscheduled stops. The course of the travellators will be reversed for disembarking. 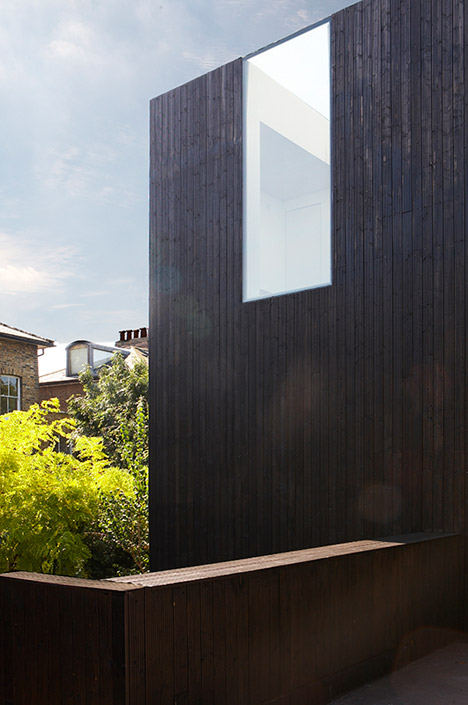 Reeve submitted his organizing application to the London Borough of Hackney these days, 1 April 2015. In accordance to the photographer, construction operates will not disrupt local residents.

Stations for Citizens (SfC), a newly formed pressure group, is backing the proposal. “CrossRail has a major influence on London’s neighbourhoods and residents have a right to capitalise on the chance to shorten their commute,” mentioned SfC founder Roger Wilko. 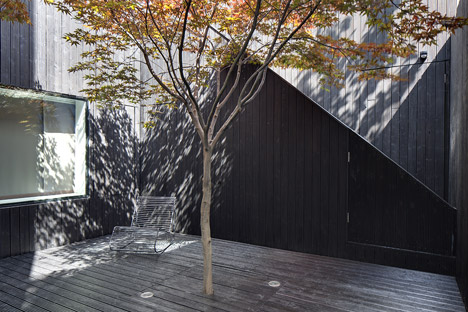 The project is located shut to yet another instance of subterranean architecture – the so-called Mole Guy residence, produced well-known when it was discovered that former resident William Lyttle had dug a warren of tunnels beneath. David Adjaye is currently doing work on the property’s renovation.

Reporting by Peter Allison. Photography is by Ed Reeve.