Designer Paul Cocksedge has unveiled photos that demonstrate the freezing methods he used to seamlessly join metal furniture for a new gallery show opening in New York this week . 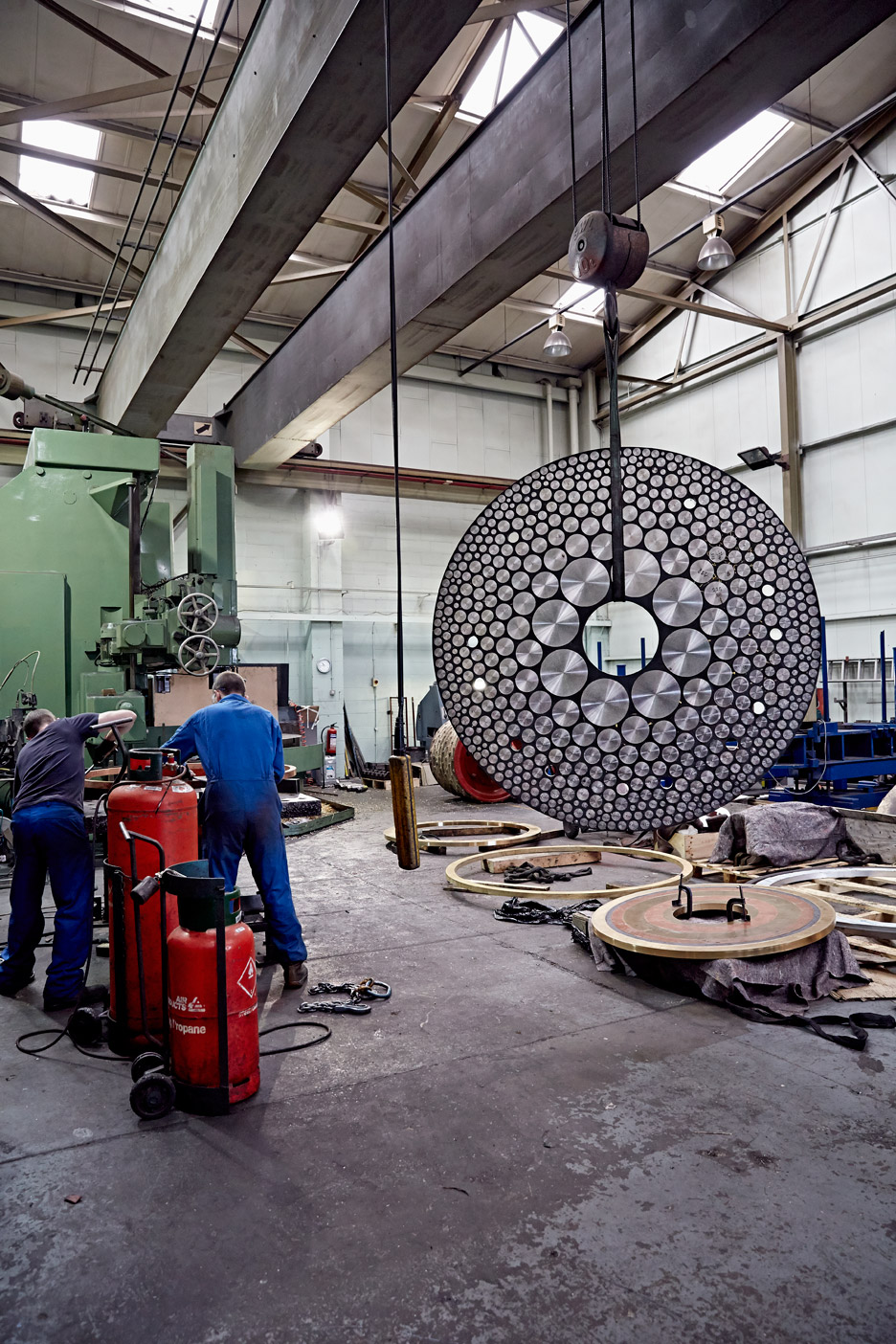 For Cocksedge’s second significant exhibition at the Friedman Benda gallery in New York, appropriately named Freeze, the British designer used liquid nitrogen to “ice” furniture collectively – removing the need to have for welding. 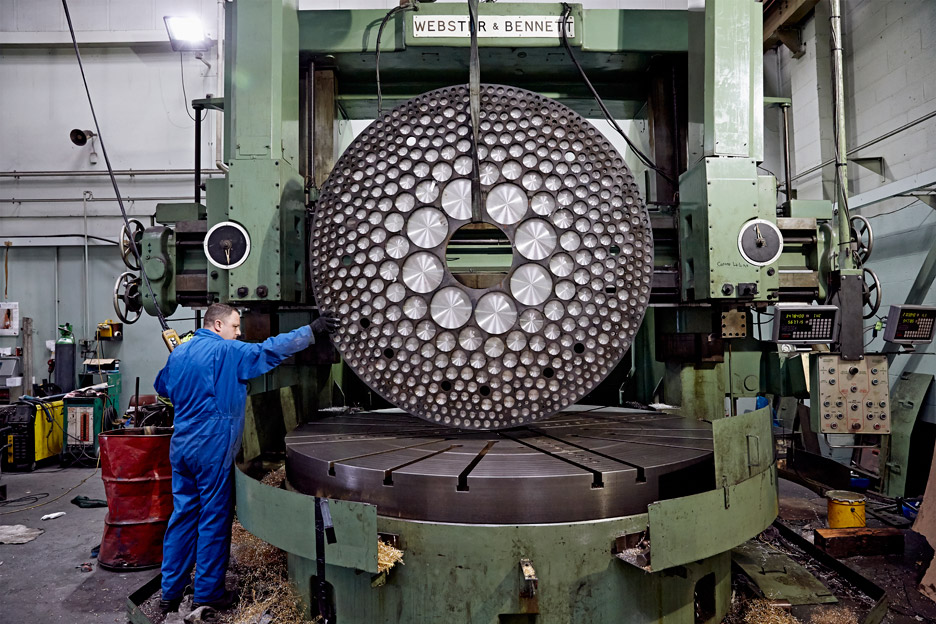 Cocksedge has been experimenting with the strategy for the final 5 years, beginning by burying copper table legs in the snow in Austria, leaving them overnight, and then getting rid of and measuring them to be fitted to an aluminium tabletop while still frozen. 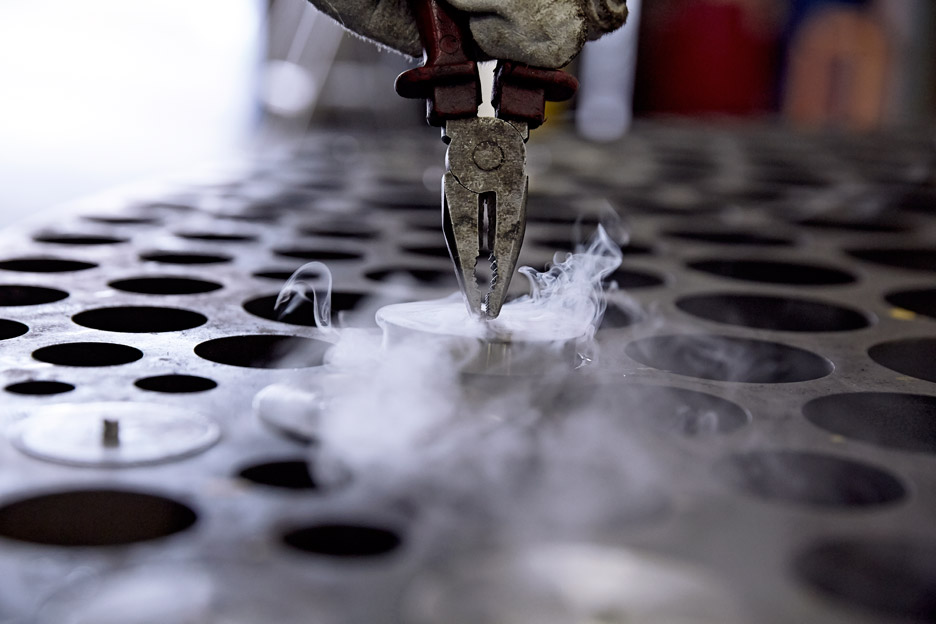 The process of joining the personal pieces of furnishings with each other relies on the way metal contracts as it freezes – shrinking in size by 1,000th of a milimetre. When frozen, the metal can be inserted into pre-drilled holes, forming a join as it warms up and expands yet again.

“You can’t even think about it and you definitely can not see it, but it’s this invisible distance that enables us to lock metals with each other, and it gets to be an invisible join and a very strong join,” Cocksedge told Dezeen. 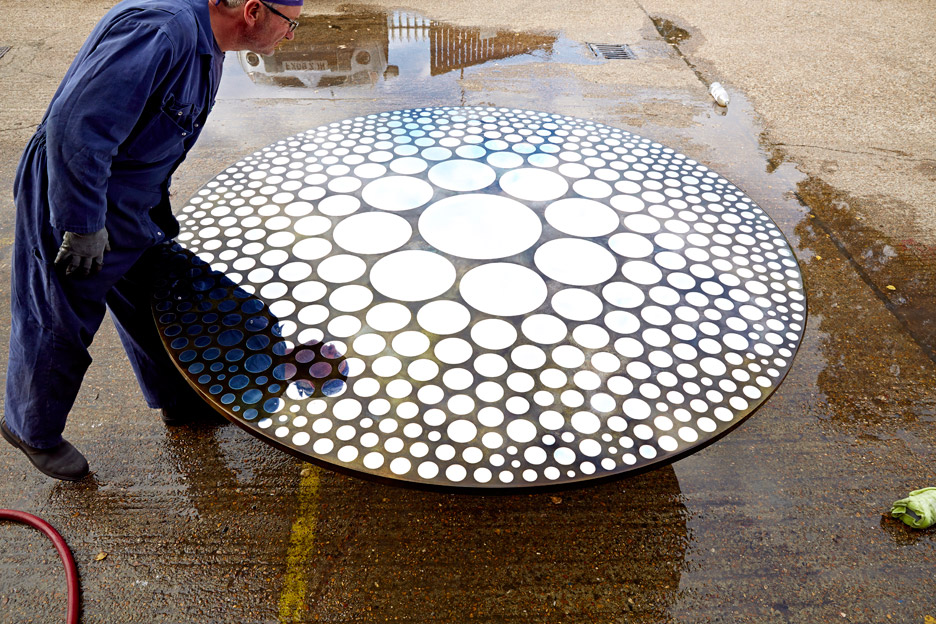 Soon after operating with snow, Cocksedge moved onto pouring liquid nitrogen onto metal, paying 6 months doing work with a factory in the United kingdom to experiment with the approach, which he describes as “quite theatrical” with “a good deal of ice and vapour”. 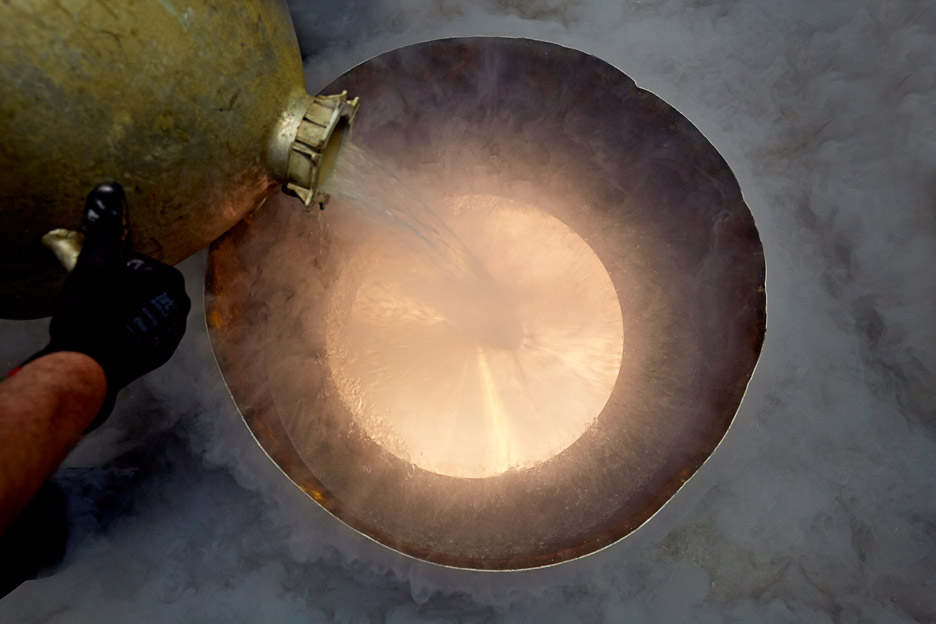 “This enables us to mix metals that typically can not be joined with each other,” he mentioned. “Coppers, brasses, stainless steels, bronzes – you can’t consider these to a metal workshop and say, “can you weld these things collectively?” since they are not possible. But this method makes it possible for that.” 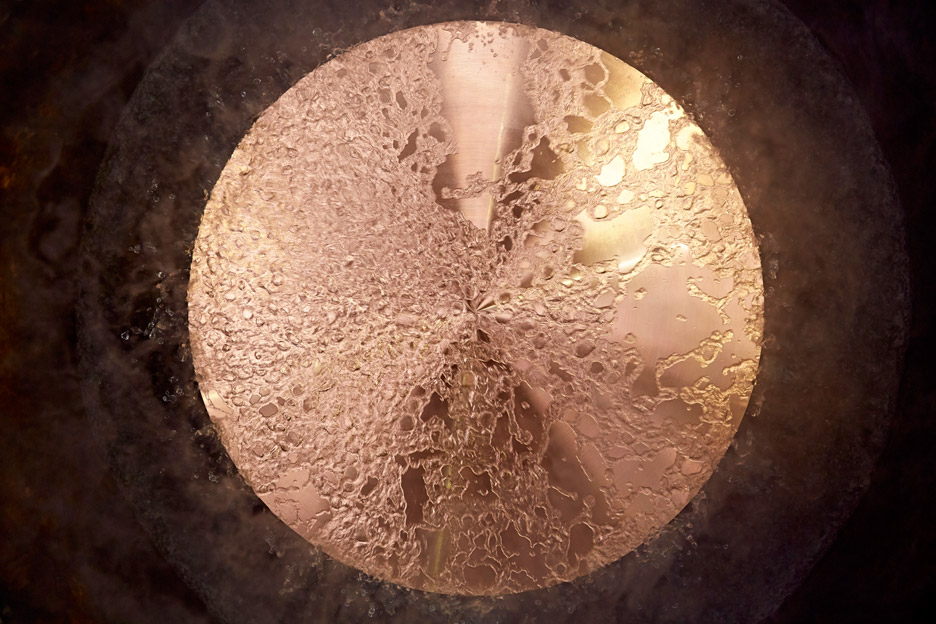 The assortment of furniture characteristics tables with joined rings or circles of metal, a desk with several panels, a shelf resembling a soundwave, an acrylic bench with arms and legs shaped like an open guide, and a four-seater bench with slanted metal backrests. 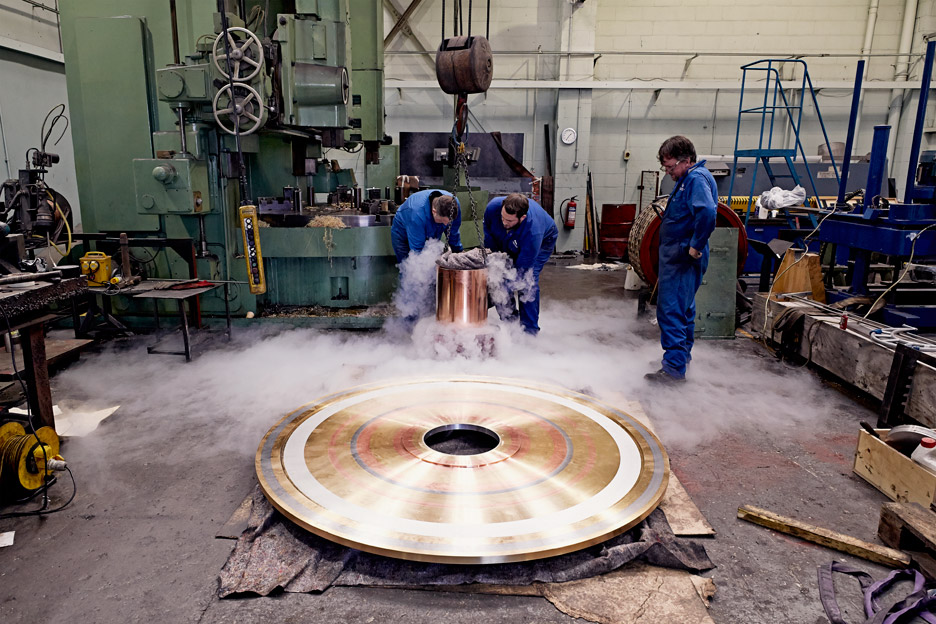 One table attributes just under 1000 pieces of stainless steel “frozen” into a carbon steel tabletop, which had corresponding circular holes drilled into it. Following assembling the surface was covered in water, leaving the stainless steel shiny and triggering the carbon steel to patinate.

“You have perfection on one hand, and some thing that can change and patinate – a surface which, you appear at it and know you’re searching at metal, but it is such a surprise to see these two opposites in 1 surface,” he stated. 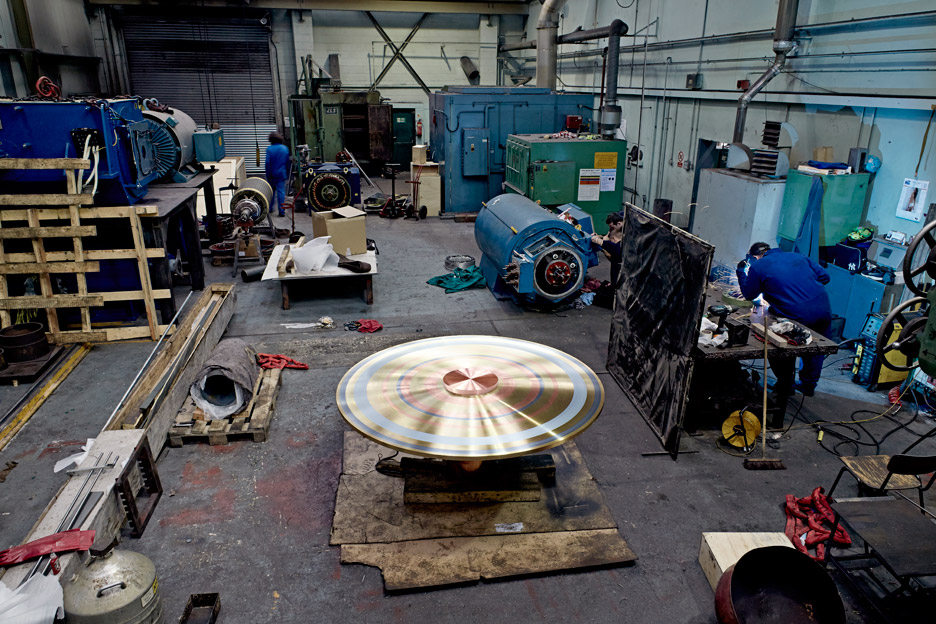 One more table characteristics concentric rings of metal, seamlessly joined with each other.

“When you appear at the twelve-ring table – copper, brass, stainless steel and aluminium are fused with each other,” Cocksedge commented. “This mixture of metals, the lustre, the form of them, the intimacy… these metals are so near, with nothing visibly joining them, and this is a new encounter for me.” 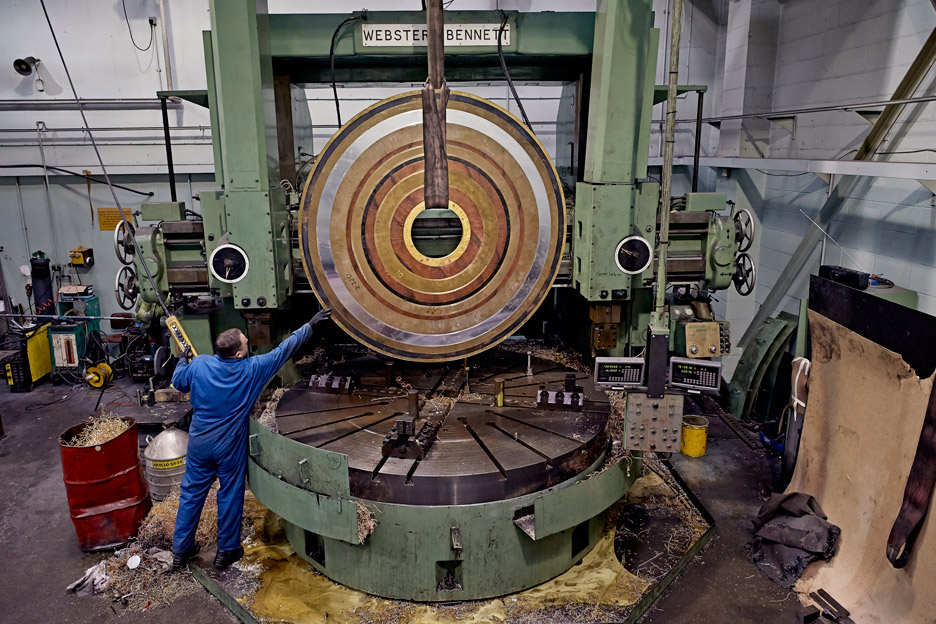 The designer also experimented with slicing into panels of transparent acrylic, just before employing a giant oven to melt the slabs, making it possible for gravity to create bench legs as the materials cooled. 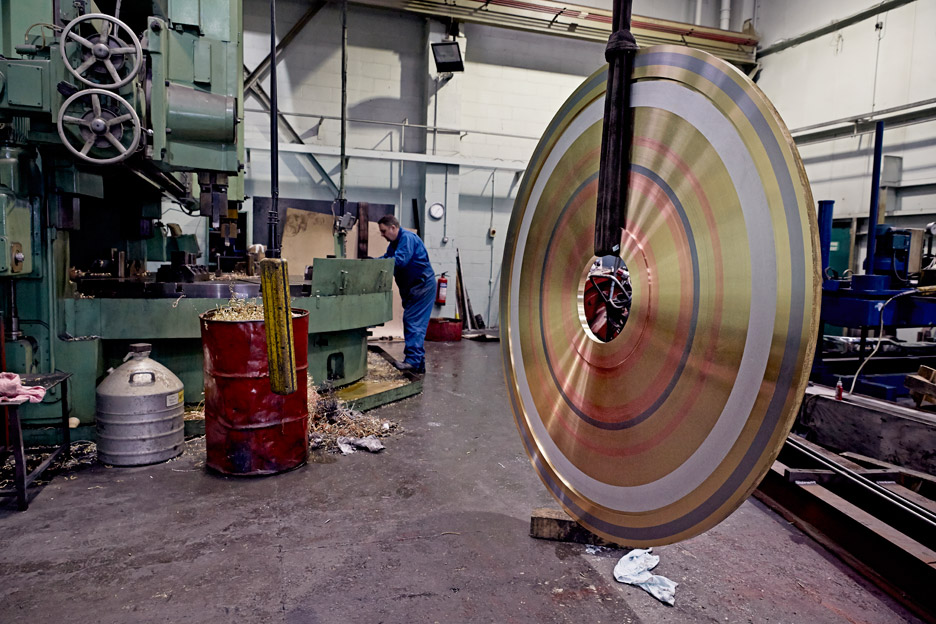 “I truly desired to collaborate and function with supplies – I did not want to remove myself from the process,” commented the designer. 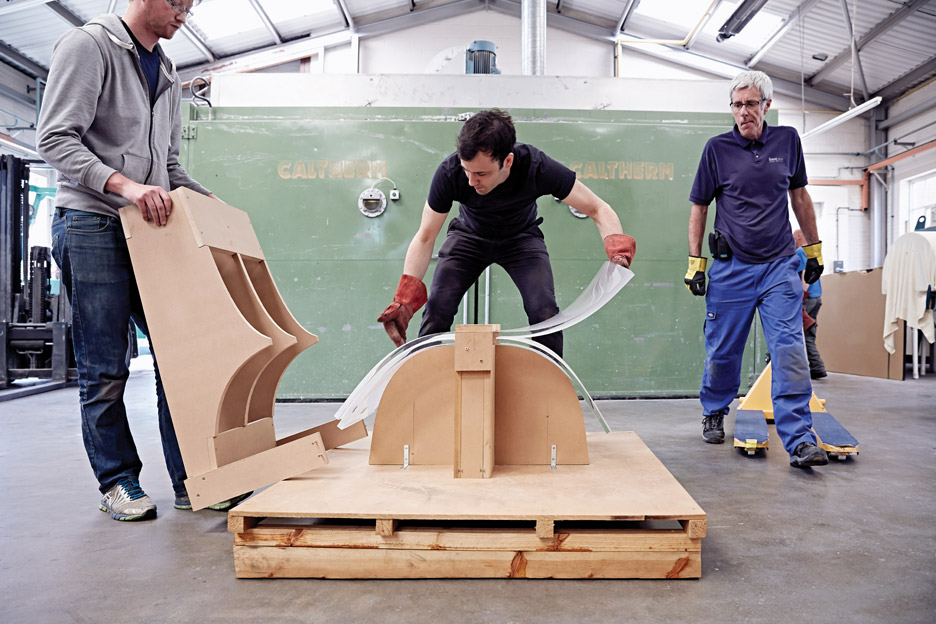 Cocksedge experimented with the properties of metal for his initial solo exhibition at the gallery, which featured a table produced from a single curved steel sheet. More not too long ago he finished a spiral staircase in an workplace developing in London’s Soho, that featured a garden, library, and tea bar. 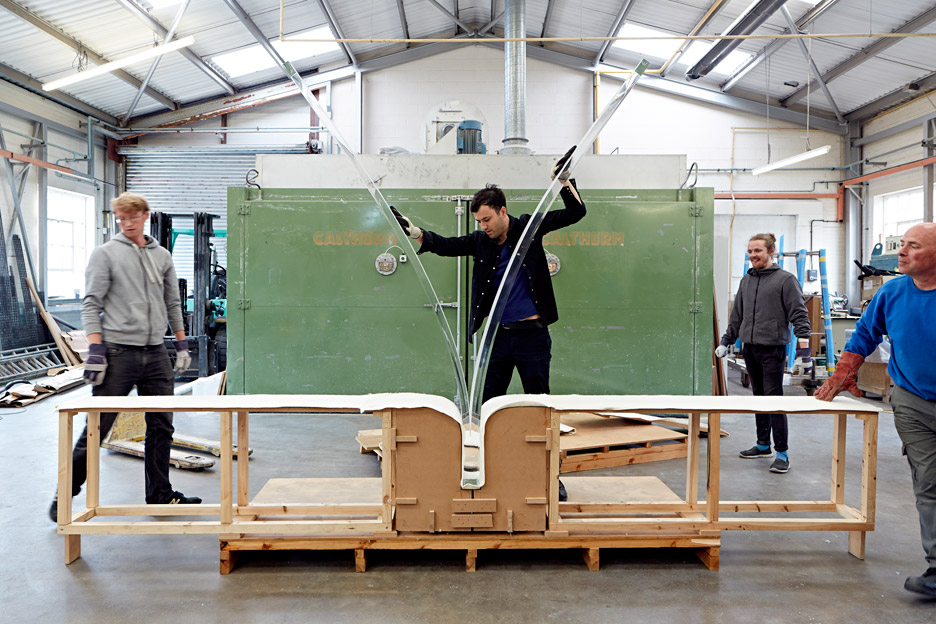 Freeze opens on October 29 and continues until December 5 at the Friedman Benda gallery in New York.

Photography is by Mark Cocksedge.