In the 1st of a series of exclusive videos profiling buildings by Dutch firm MVRDV, architect and studio co-founder Winy Maas looks back at Guide Mountain – a library contained within a glass pyramid (+ film). 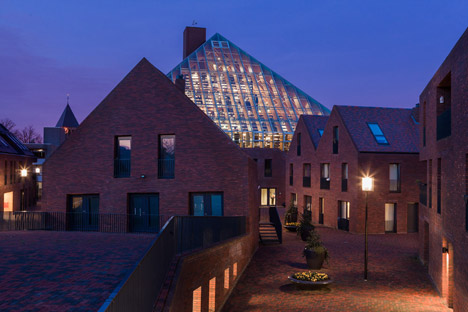 Completed in 2012 in Spijkenisse, south of Rotterdam, the library contains five floors of bookshelves linked by a trail of staircases, pathways and indoor terraces. These spiral up to the pyramid’s apex.

The building’s principal body is transparent glass, but it also attributes an opaque base produced of red brick. 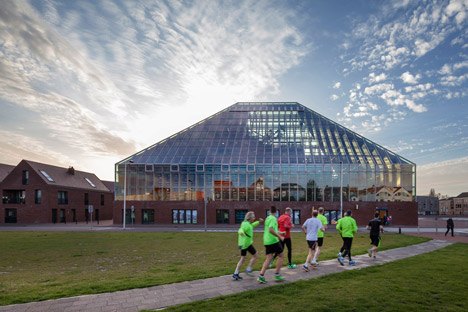 In the film, filmed by MVRDV 3 years later on, Maas says the developing has become “like a proud mountain of books”.

“The library is composed out of offices and outlets and theatres and rentable spaces, and if you stack them on top of every other you get this ziggurat, this type of mountain,” he says. 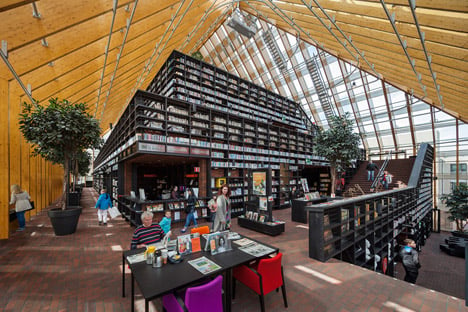 He also explains how the building was made to encouraged guests to stroll through the entire space.

“You can walk from the bottom to the top, and in that way it gets a public street that brings you from the plaza to the best of the mountain,” he says. “In the evening, when 1000’s of lights illuminate this mountain, you see it as an advertisement for the guide and you’re eager to go into it.” 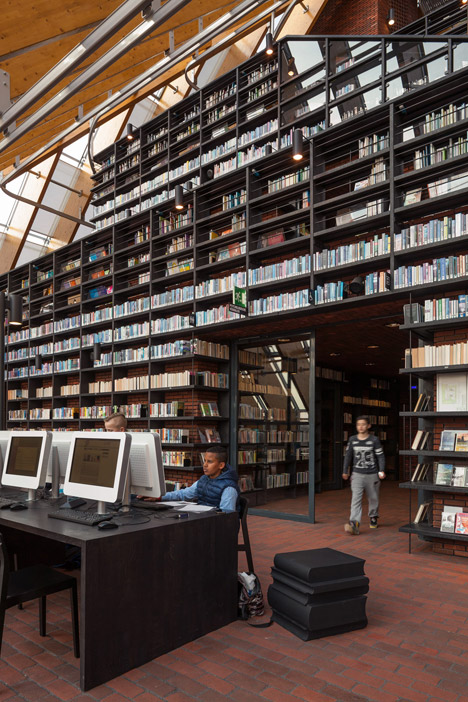 “The building is incredibly multi-functional and which is the exact goal of a contemporary library,” Thissen says in the film. 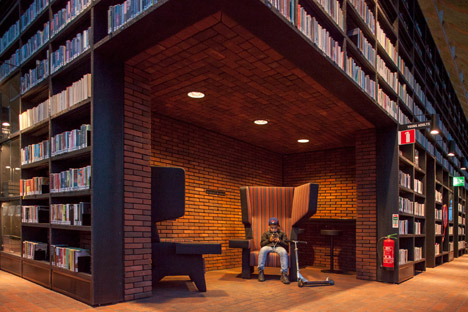 “It truly is a delight to function here,” he continues. “This is what I hear from visitors, that it is a delight to stroll all around and be astonished by the atmosphere and possibilities.” 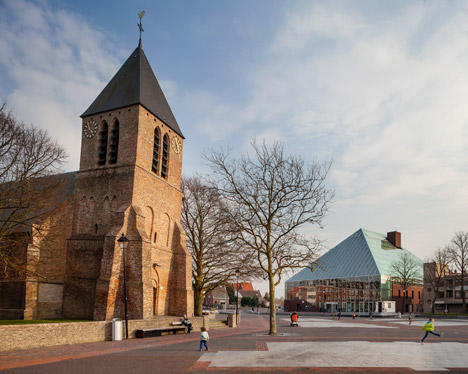 Guide Mountain is the very first and only completed library by MVRDV, which was founded in 1993 by Maas along with Jacob van Rijs and Nathalie de Vries.

Other well-identified projects by the Rotterdam-primarily based studio consist of the Glass Farm store and workplace complex and the Markthal in Rotterdam.

Photography is by Daria Scagliola.