Australian studio Mihaly Slocombe has returned to a Melbourne home it finished practically a decade ago to add a timber nursery annex patterned with circular cutouts . 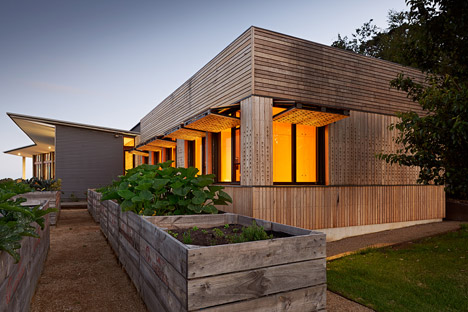 Mihaly Slocombe created Kids Pod as an extension for its 2006 house situated on a vineyard on the Mornington Peninsula, a finger of land that curves all around Port Phillip to the south-east of Melbourne. 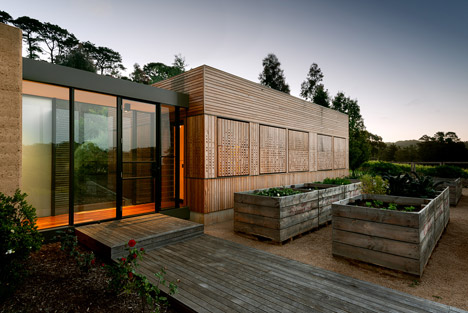 The 59-square-metre addition comprises a bedroom, playroom and bathroom for the clients’ grandchildren, and is connected to the original property by a glazed corridor. Rather than taking the form of the existing residence as a commencing level, the architects drew inspiration from the boxy form of raised planters and from the patterns identified in the surrounding vineyards. 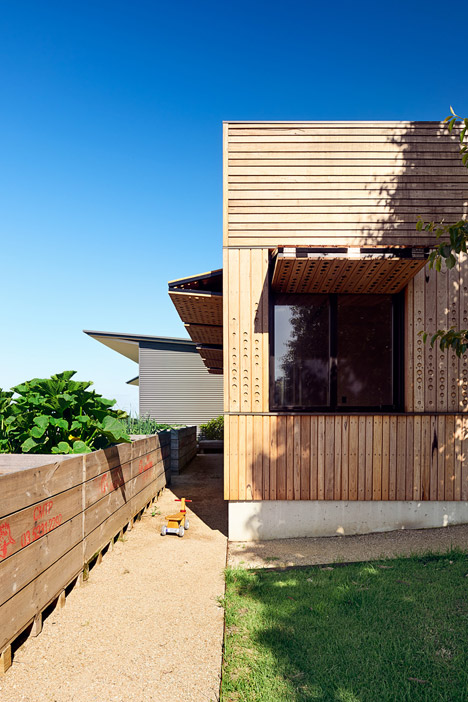 “We wanted to produce a super-sized folly that would belong very first and foremost to its backyard landscape,” explained the architects. 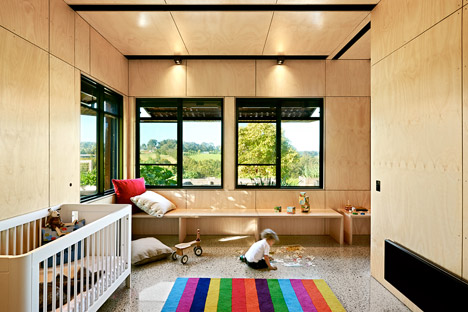 “It is a reinterpretation of how we once imagined our own childhood cubby home to be: playful, theatrical, secretive and robust,” said the architects. Modest circular lower-outs in the silvertop-ash cladding – sourced from a selection of eucalyptus trees discovered in southern Australia – form an abstract pattern based mostly on the foliage of the pinot noir vines. 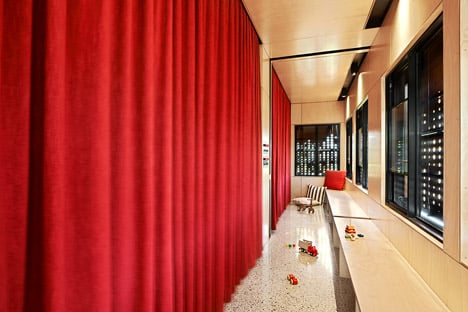 These perforations run across a row of hinged wooden shutters that fold up throughout the day to generate awnings for the windows, whilst dots of light shine by way of the openings at night. 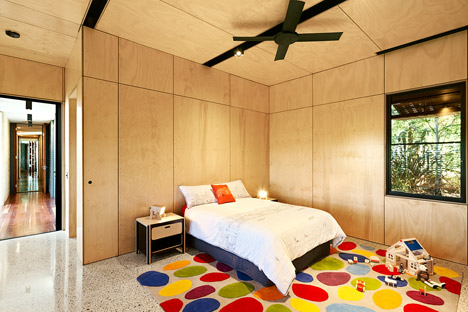 Within, the room is lined in pale plywood and has polished concrete floors. A long bench runs under the windowsill in a passageway in between the bedroom and playroom. 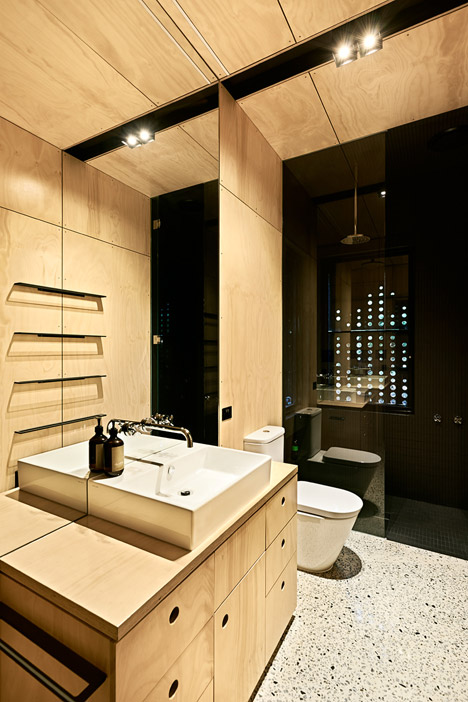 The playroom and bedroom are separated from a corridor by a plush red curtain inspired by cinema and theatre performances, which permits the area to be utilized in a variety of configurations. 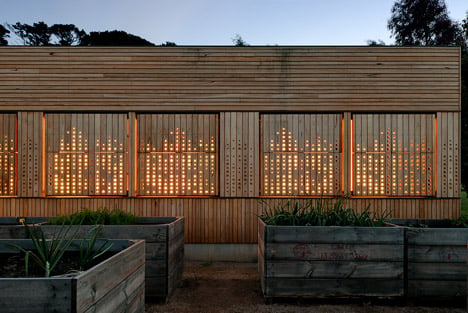 “It is playful, with far more moving parts than is typical for such a small developing: operable shutters, sliding walls, retractable curtains,” stated the group. “We like to think Youngsters Pod is what a youngster may design for herself – given 6 many years of architecture school and an adult’s sources,” they added. 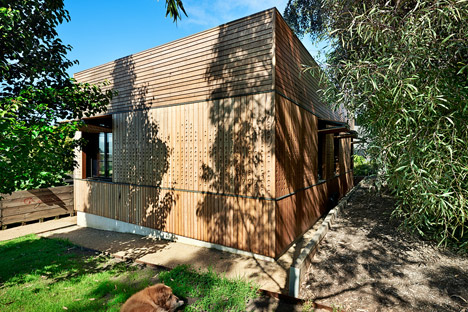 The glazed corridor that connects the annex to the main property was envisioned as a playroom for toddlers, and later as a reading nook for teens.

Photography is by Emma Cross.