Over 1000 inflated and illuminated latex gloves appeared to reach out from the surface of a French lake in this installation by Spanish lighting designers Luzinterruptus . 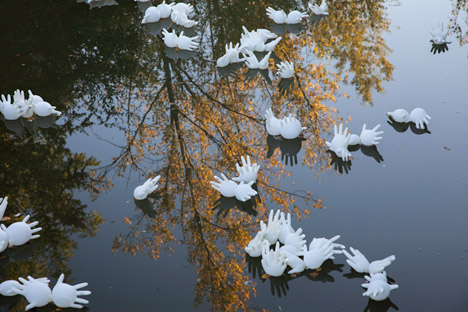 Created for multi-disciplinary arts festival Bienalle Panoramas, the installation by Luzinterruptus comprised 700 pairs of gloves containing air and autonomous LED lights that floated on the water.

“With such murky water and the fact that it was fully forbidden to get in the water, we thought it virtually our duty to recommend that some thing weird and sinister was going on in its depths,” the designers told Dezeen. 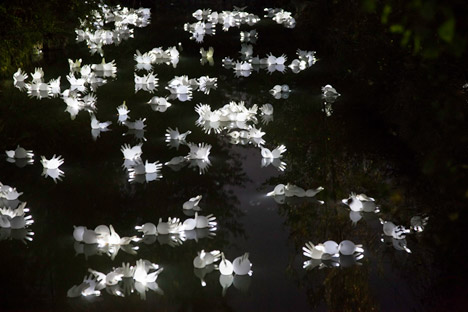 Referencing “mysterious lake dwellers” and “film scenes of bodies that sank in tragic circumstances,” the gloves had been tied with each other in pairs to hint at bodies below the water’s surface. 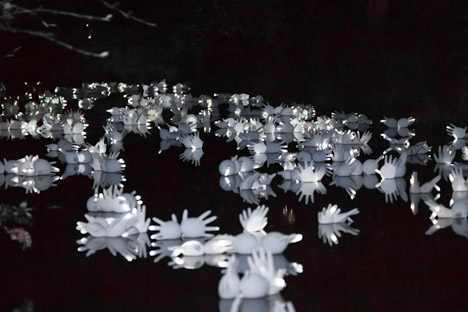 “Beings of light would be trying to come afloat or would be sinking, based on one’s life experience,” explained the designers. 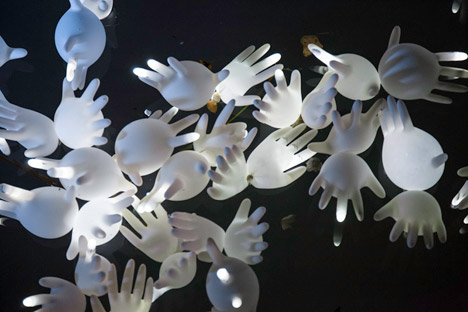 “We believed that in such a all-natural and bucolic setting where everything looked so impeccably perfect, we weren’t going to be in a position to add any far more beauty with our lights, so that’s why we chose to aim for mystery and darkness in our style.” 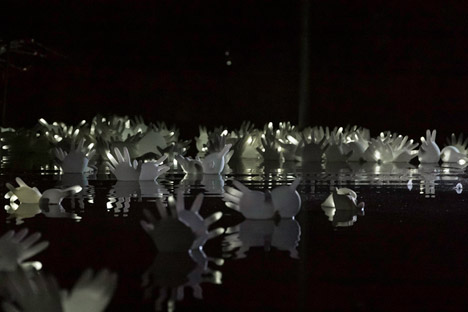 Once pumped full of air and filled with lights, the pairs of gloves were released, from which point flocks of ducks and natural currents arranged them across the lake.

The idea deviated slightly from the initial program, which was to suspend complete bodies under the surface of the water. 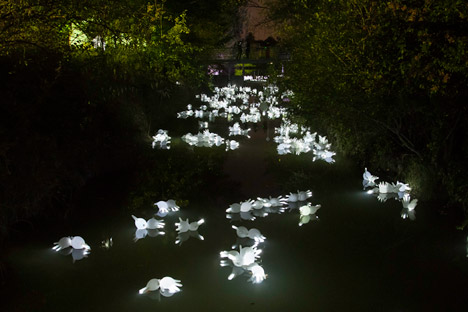 When it became clear that this wouldn’t perform due to the opaqueness of the lake, the white clothing currently purchased had been distributed amongst guests to wear on the launch night.

The show stayed on the lake in Parcs des Iris et de l’Ermitage in Lormont near Bordeaux for many days and then all the material was collected and recycled. 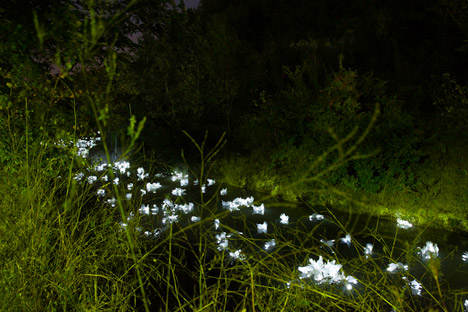 Prior installations from Luzinterruptus consist of two skips filled with glowing plastic bags at the entrance to the Gewerbemuseum in Switzerland, 10,000 glowing books strewn across the ground at Federation Square in Melbourne, and 400 illuminated silicone nipples covertly attached to statues outdoors the Public Art Museum in Madrid in the dead of night.