Larch wood planks in varying tones of grey create a pinstripe impact on the walls of this holiday cabin, which is half submerged behind the sand dunes on the Dutch island of Schiermonnikoog . 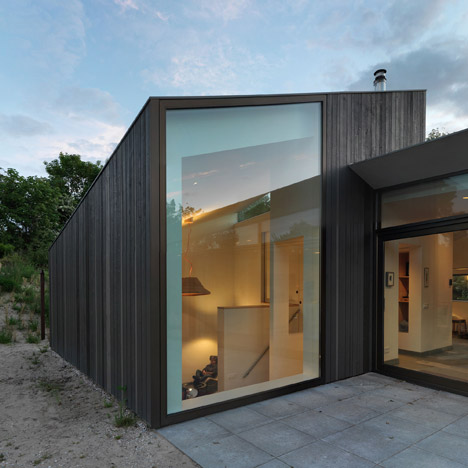 Architecture studio De Zwarte Hond – which has offices in the Netherlands and Germany – made the family members holiday home for a tiny plot on the island, located off the north coast of the Netherlands.

Named the Dockboot Vacation House, the building comprises two partially submerged blocks. The two are clad in the vertical planks of wood, which will gradually discolour with age to help blend the framework with the sandy tones of the surrounding beach landscape. 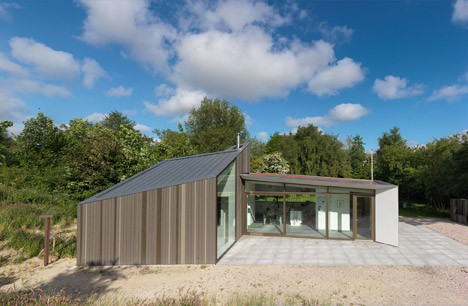 Every of the two blocks has a sloping roof covered with moss and zinc, assisting to even more integrate them into the landscape.

They are linked, but stand at appropriate-angles to 1 another to type an L-shaped program that frames a flagstoned courtyard. 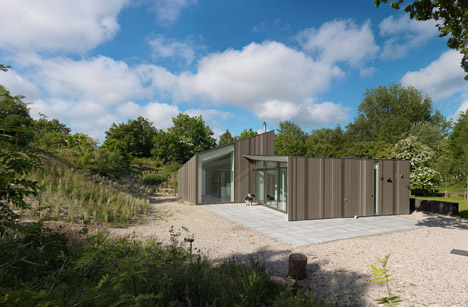 Glazed walls and expansive windows frame vistas of the dunes and banks of trees that flank the website.

Connected story: Seashore Home by Dualchas Architects stretches out in direction of the sea

“The height and type of the two roof and facade have been constantly adjusted to the dune surroundings, which also allows the residence to build its very own distinctive character.”

The island was decreed the Netherlands’ 1st official national park in 1989 and has rigid creating laws to sustain the habitat of the varied flora and fauna that develop on its shores. 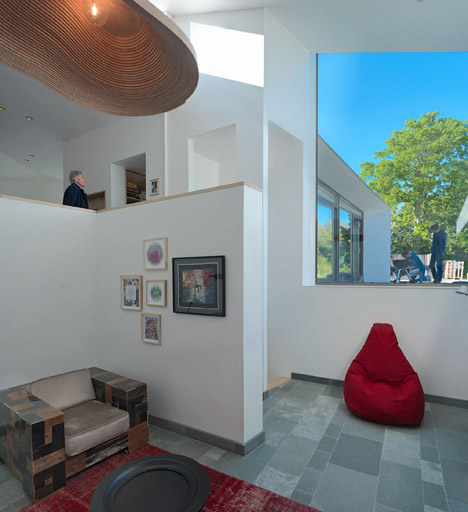 Preparing laws dictate a highest constructing area of just 110 square metres – not adequate to accommodate the family comfortably for their extended stays on the island.

The architects overcame the situation by burrowing into the earth, creating a basement level containing four bedrooms, bathrooms and a sauna. 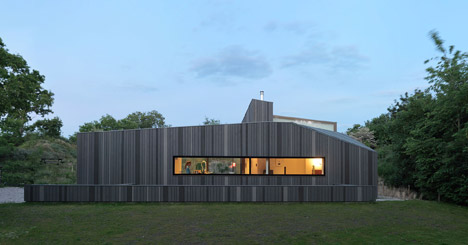 “The bulk of the building’s functions have been programmed into the underground floor, as a result obtaining the wanted spatial top quality and dimension, while sustaining the structure’s affinity with its surroundings,” they explained.

The bedrooms have access to a sunken courtyard at the back of the home that gives organic light and ventilation for the submerged rooms.

The basement is linked to the upper floor by a half-sunken lounge that sits at an intermediate level among it and the ground-level dining region. 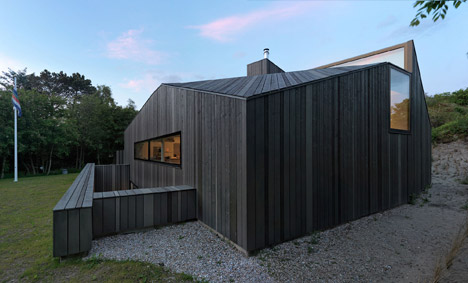 De Zwarte Hond is a Groningen-based mostly studio established in 1985 by architects Jeroen de Willigen, Willem Hein Schenk, Eric van Keulen and Jurjen van der Meer. The crew regularly collaborates with fellow Dutch company Powerhouse Business, with tasks like a pupil centre designed as an “egg in a box” and a railway station in Assen.

Photography is by Michel Kievits.