Thin sheets of brightly-painted steel have been folded to produce this origami-inspired canopy, which was designed to shelter the playground of a school in an Andalusian village . 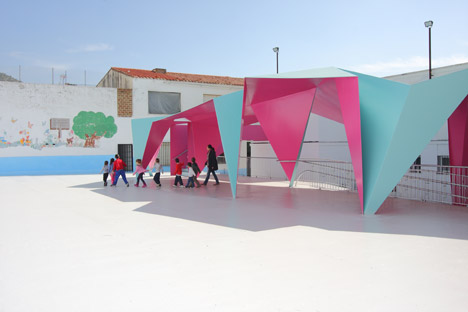 Featuring a pale turquoise roof and a sizzling-pink underside, the angular pavilion was created by Spanish architect Julio Barreno Gutiérrez for a college in Algodonales – a little village in the Cádiz region of Andalusia. 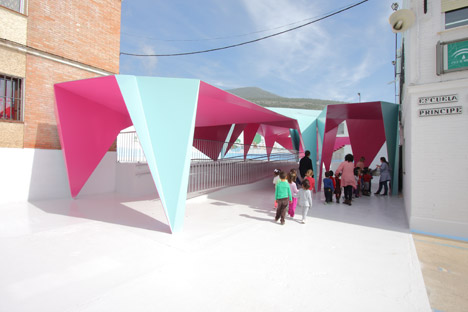 The playground of the Principe de Asturias college is split above two ranges, which prior to now have been poorly connected.

Related story: BASE adds a metal-clad playpark to a Bordeaux housing estate

To increase access in between them, the architect additional a ramp and a quick flight of stairs. 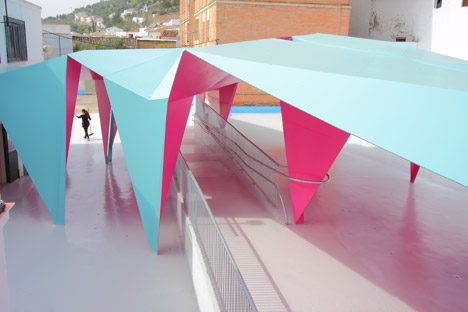 “Two playgrounds are separated in two distinct ranges to the west and north sides, a different level that became dangerous for the minor youngsters,” explained Barreno Gutiérrez, whose previous college-layout projects incorporate an extension featuring lime-green interiors and a zigzagging walkway.

“The objective for this venture was the functional necessity of constructing a area protected from the powerful sun or untimely rains, to permit daily breaks, and an intriguing improvement of the connection among the two playgrounds,” he added. 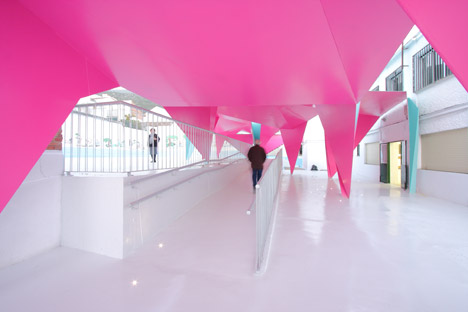 The metal canopy was anchored across the two distinct levels to shade the ramp and staircase from the sun and rain. 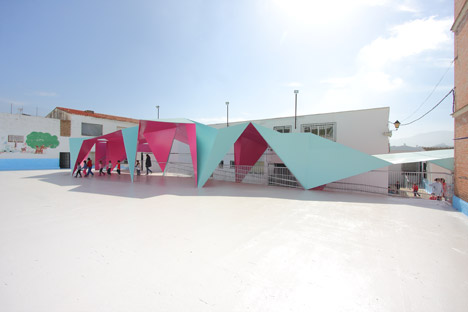 Sheets of one particular-centimetre-thick steel were bent to produce the faceted shape and pointed legs. Both the vibrant colouring and folding method had been intended to be reminiscent of origami. 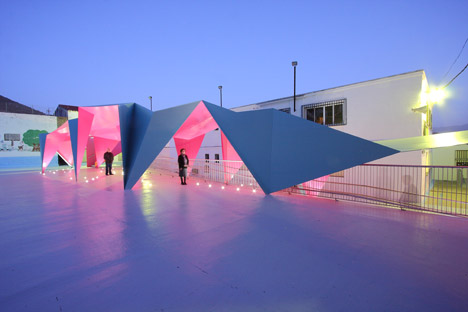 “The architectural instrument was identified in the fancy children’s world full of colour and entertaining,” explained the architect.

“The structural good quality and the inherent flexibility of origami, typical of the several craft actions developed in class by the kids themselves, grew to become the genetic house to formally produce the managed element,” he added. 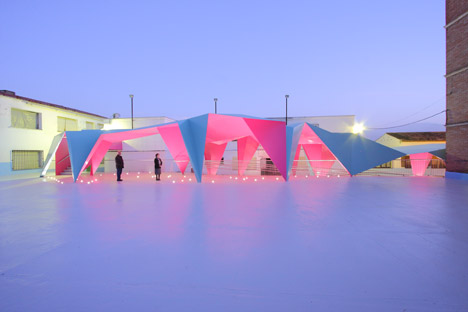 Photography is by Julio Barreno Gutiérrez.