Sculptural park benches and a maze constructed of mirrors are among the pieces created by Danish artist Jeppe Hein for an outdoor exhibition in New York . 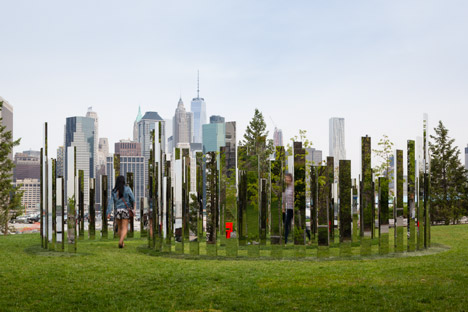 The show, Please Touch the Art, features 18 whimsical pieces by Hein that are placed throughout the 35-hectare Brooklyn Bridge Park, which stretches two kilometres along the East River. 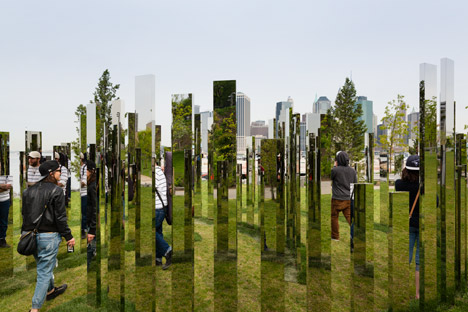 The exhibition is presented by Public Art Fund, a nonprofit organisation in New York City.

As the show’s name indicates, viewers are encouraged to interact with the artwork. “Instead of the respectful distance demanded in museums, Hein’s work invites participation,” said Nicholas Baume, director and chief curator for the Public Art Fund. 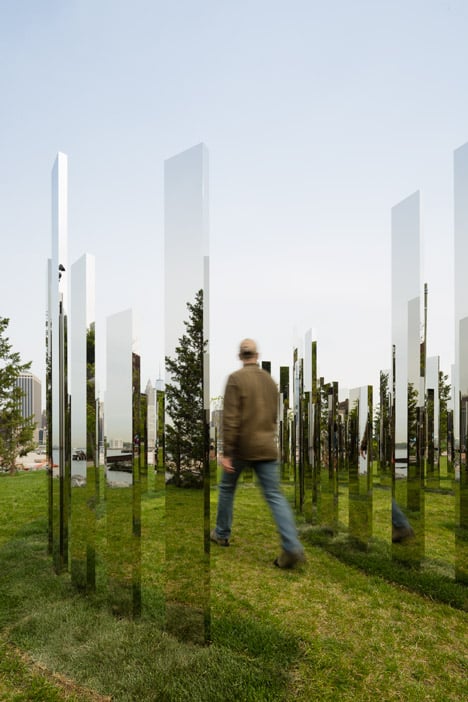 For Mirror Labyrinth, Hein arranged vertical strips of mirror in a circular pattern on a lawn within the park. The strips vary in height and reflect the surrounding cityscape, including the skyline of Lower Manhattan, which stands directly across the river. 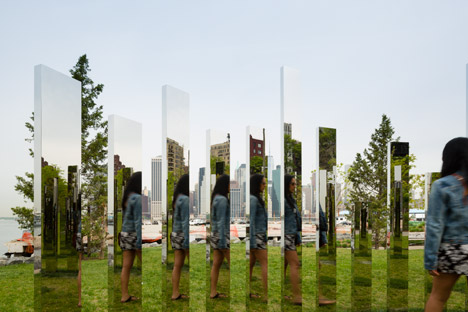 “Using equidistantly spaced vertical posts made from mirror-polished stainless steel, [Hein] has created a kind of labyrinth in three radiating arcs that alters the perceptions of visitors, as they see physical space and mirrored space in an alternating rhythm,” said the organisation. 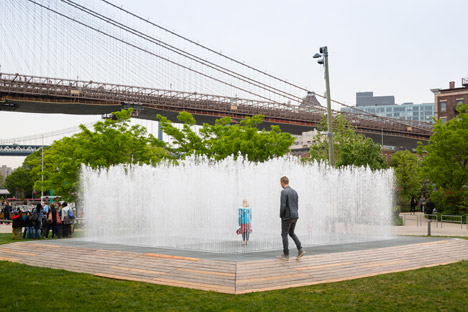 Appearing Rooms is a fountain in which two-metre-high walls are formed by jets of water that shoot up and down. The walls frame “rooms” that visitors can stand inside without getting wet. 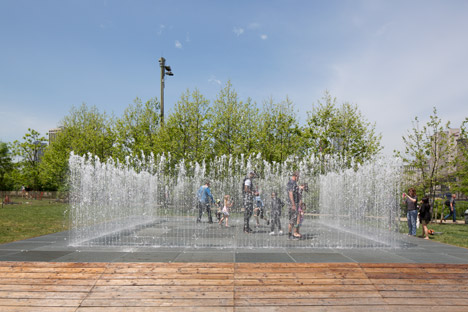 “Systematically, these walls appear and disappear through a timed cycle, enticing visitors to step onto the gridded platform and move from space to space within the sculpture,” said the organisation.

“The cycle of changing walls may also be observed from outside the piece as a dynamic and perceptually engaging work of art.” 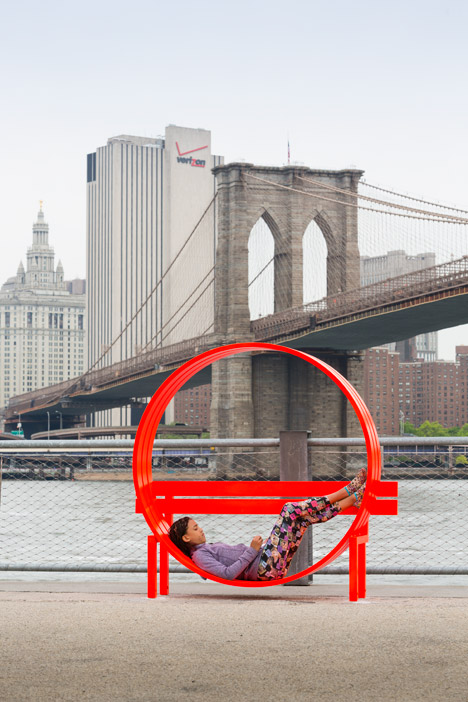 Hein also created 16 sculptural, bright orange park benches for the exhibition. Scattered throughout the park, the Modified Social Benches twist and bend in response to the landscape. 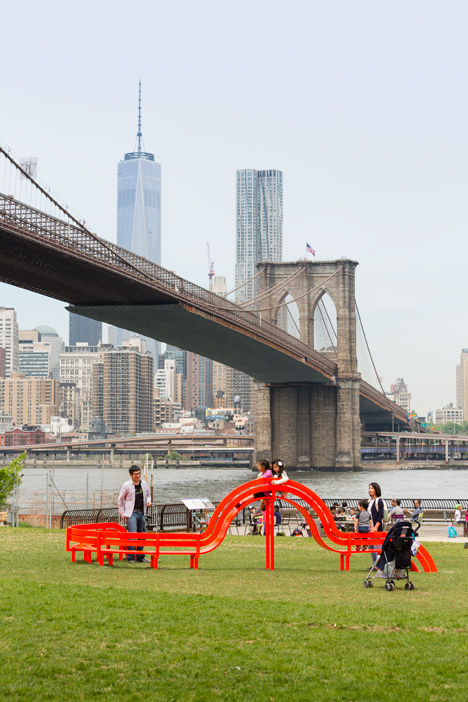 “Inspired by the basic public bench, Hein has reinvented the form and use of these quotidian social objects, turning them into lyrical and evocative sculptures,” the organisation said. 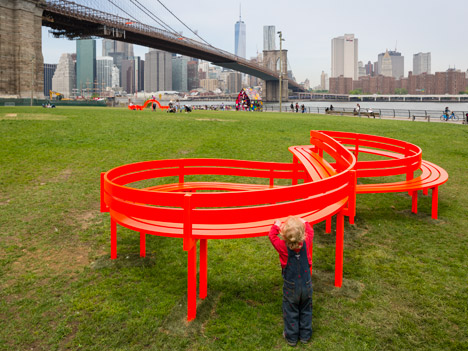 “Straddling the line between functional seats and eccentric art objects, Hein coaxes visitors to become conscious of the act of sitting as they perch, recline or rest on his benches,” it added. 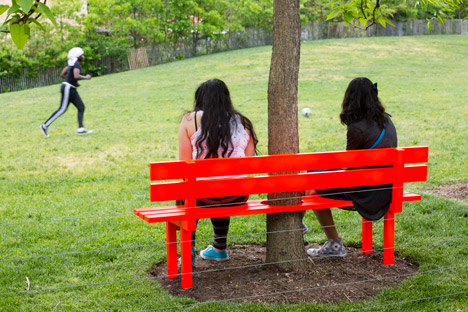 Known for his conceptual sculptures and installations, Hein uses a varied palette of materials, including smoke, neon, light, water and steel.

Numerous museums have mounted solo exhibitions of his work, including Centre Georges Pompidou in Paris, Barbican Centre in London, and Bonniers Konsthal in Stockholm. A bench by Hein was featured in the BIG-designed Danish Pavilion at the Shanghai Expo 2010. 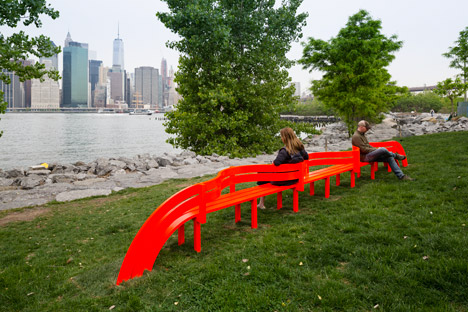 Please Touch the Art opened on 17 May and will remain in place until April 2016.

Photography is by James Ewing.