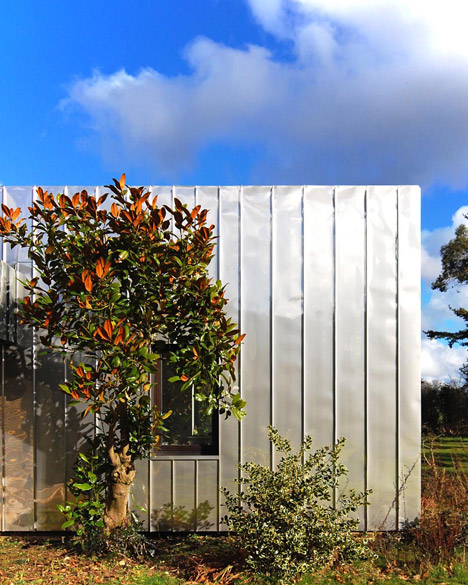 Edgley Design was asked to renovate both the interior and exterior of the deteriorating 1960s property in Eashing Park – the former grounds of a stately home in Godalming, Surrey. 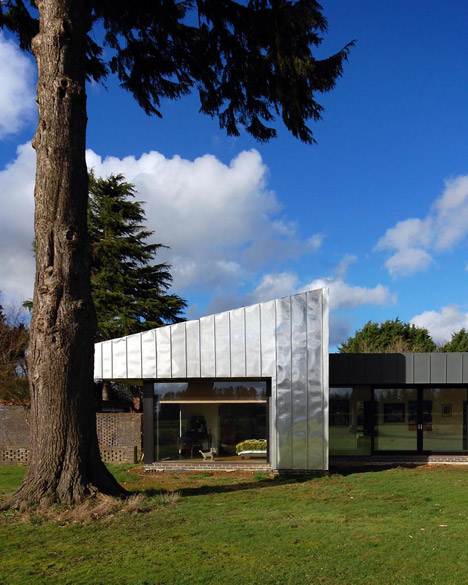 Named Eashing House, the brick and timber-clad property comprised a cluster of leaking, mono-pitched structures. These had undergone several alterations over the years, resulting in irregularities in appearance and layout. 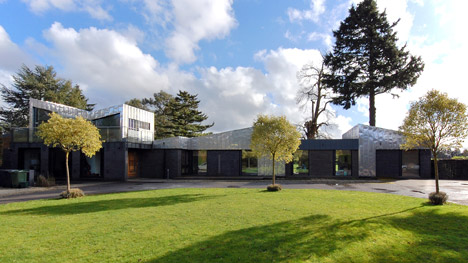 A “dysfunctional” conservatory that overheated in summer and froze in winter had been tacked onto one facade. This was the initial target of the renovation. 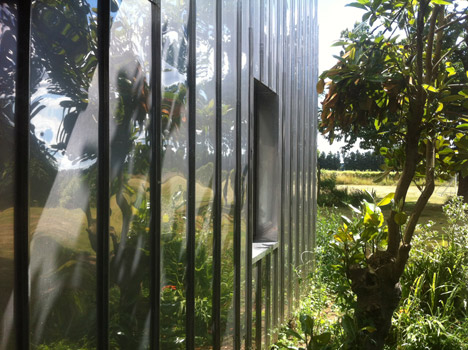 Rather than repairing the run-down structure, the design team proposed the budget would be better spent on its demolition, with the roofing material used to patch up and redefine the facade of the house. 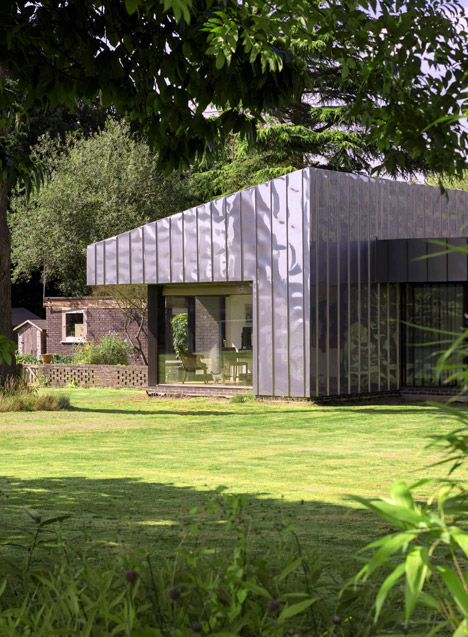 “The scheme involved the upcycling of a 1960s house which was in a poor state of repair,” said the architects, whose previous projects include a rubber-coated house. 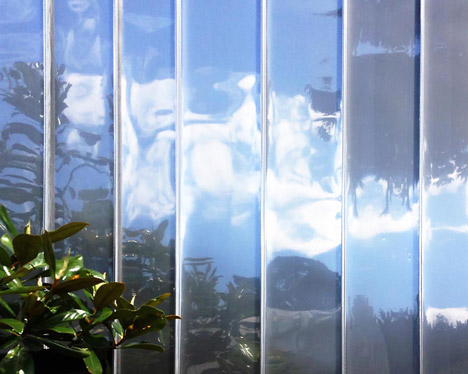 “Our initial brief was to rebuild the conservatory and re-zinc the roof, however we advised the client that the same funds could be used to reimagine the entire house,” they explained, “if the conservatory was demolished and the metal cladding used for the walls instead of the roof.” 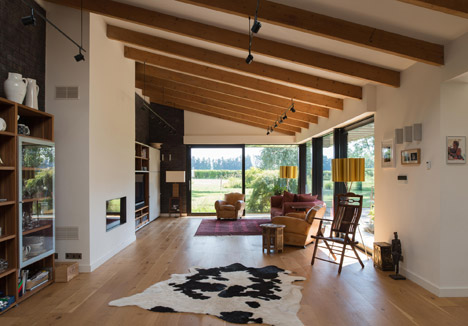 Reflective and dented sheets of stainless steel cover the half-gabled structures and large windows were added to the ground-floor living spaces. This steel-plated exterior provided inspiration for the new title, Wrap House. 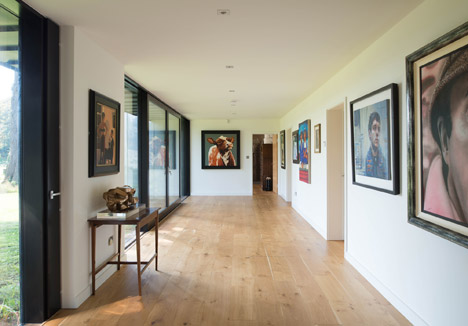 The extruding cladding provides solar shading for these new windows, while dark zinc fascias were added to flat-roofed sections to highlight the contrast with the mono-pitched composition. 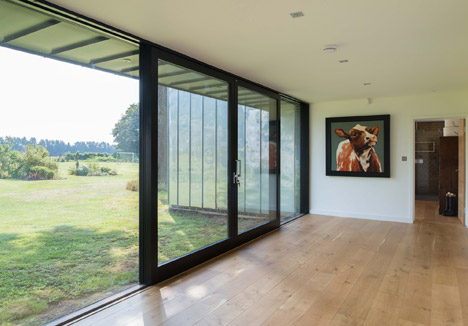 The shiny cladding reflects beds of planting around the foot of the house, intended to integrate the structure with the surrounding parkland.

Wrap House – before the renovation

“The main forms were wrapped in stainless steel, designed to create abstracted reflections of the landscape and sky, forming a colourful, shimmering, envelope,” said the design team. 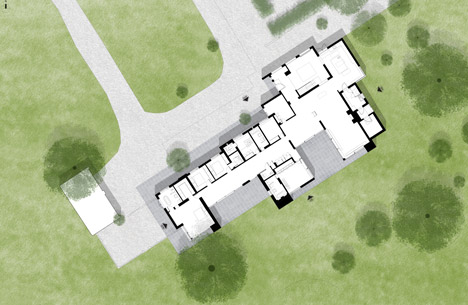