Milan 2015: Spanish designer Jaime Hayón has designed a range of wooden tables that are shaped to look like the curved structural aspects of iconic buildings by Le Corbusier.

Hayón created the Réaction Poétique assortment for Italian furniture brand Cassina to commemorate 50 years because the death of the seminal Modernist architect.

The shapes employed in the assortment of wooden tables reference the natural types of Le Corbusier’s structures, which include the Ronchamp Chapel in France and the government buildings at the Indian city of Chandigarh. 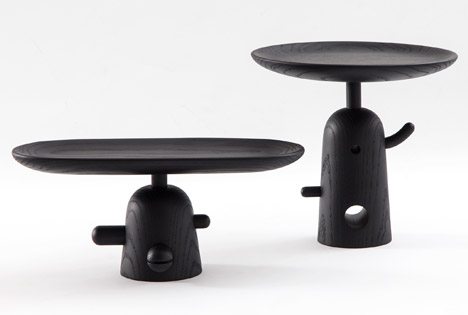 “I wanted to create beneficial objects for the present day residence this kind of as trays and side tables, but with sculptural components interplaying kinds, light and shadow,” stated Hayón.

Relevant story: “If I listen to the market, I’ll be developing crap” says Jaime Hayón

His designs contain a set of tables with circular tops that are gently curved beneath. The surfaces stand on chunky rounded bases, which characteristic protrusions and holes on their sides.

A cross is mounted onto the biggest design, while a smaller sized two-tiered piece is topped with a thick rounded deal with for lifting. 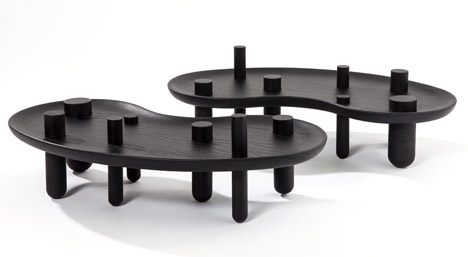 A reduced kidney-bean-shaped table sits on seven cylindrical posts. Its piloti-like supports measure different diameters and pop up by way of the curved horizontal surface, extending to diverse heights.

The collection is completed by two circular trays, each balanced on 3 tiny feet and featuring a double-sided take care of at the leading of a tapered central pole.

All the pieces are created from strong ash, stained black with a lower-gloss finish, and are hand-carved by Cassina’s carpenters. 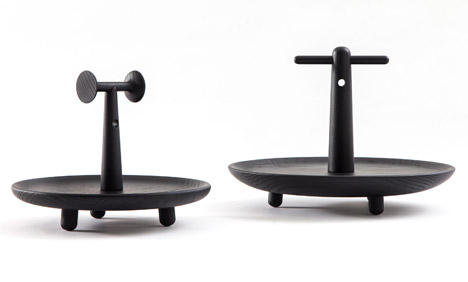 “It was a very strict, nearly religious challenge to use only a single material and one finish, doing exercises my layout philosophy,” Hayón said. “I truly feel this restriction really grew to become an possibility to showcase the attractiveness of the wood.”

Cassina will present the variety at the Salone del Mobile furniture honest in Milan from 14 to 19 April – Hall twenty, Stand D01-E06.

The brand is also displaying a documentary titled Le Corbusier 50, Stories of Encounters that have Revolutionised Design at the adjacent stand.