Israeli designer Itay Ohaly has produced a set of 3 black vases that can be etched into to reveal colourful hidden layers beneath.

Ohaly took the notion for the layout from etchings he developed as a youngster – scratching off a dark coating from coloured paper to reveal the distinct hues beneath. 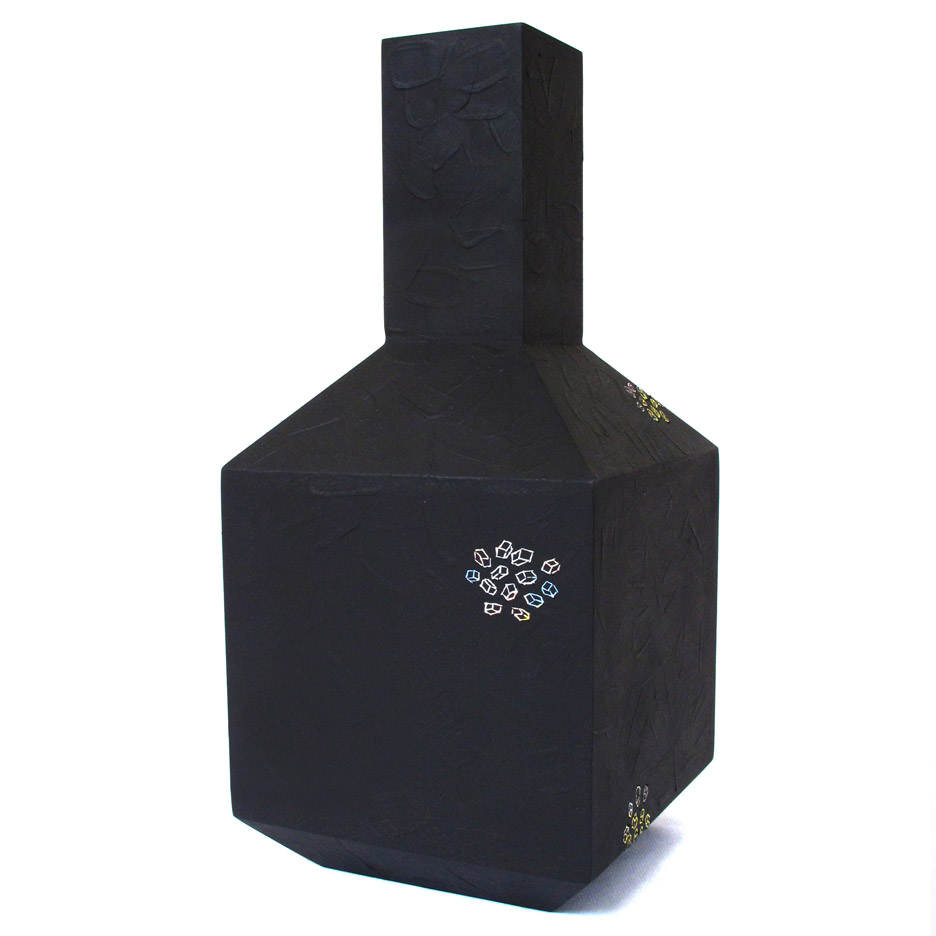 To recreate this effect, the designer covered the vases with several layers of paint, separated by an oil layer. Drawings can be engraved into their surfaces to reveal glimpses of pink, yellow and blue underneath. 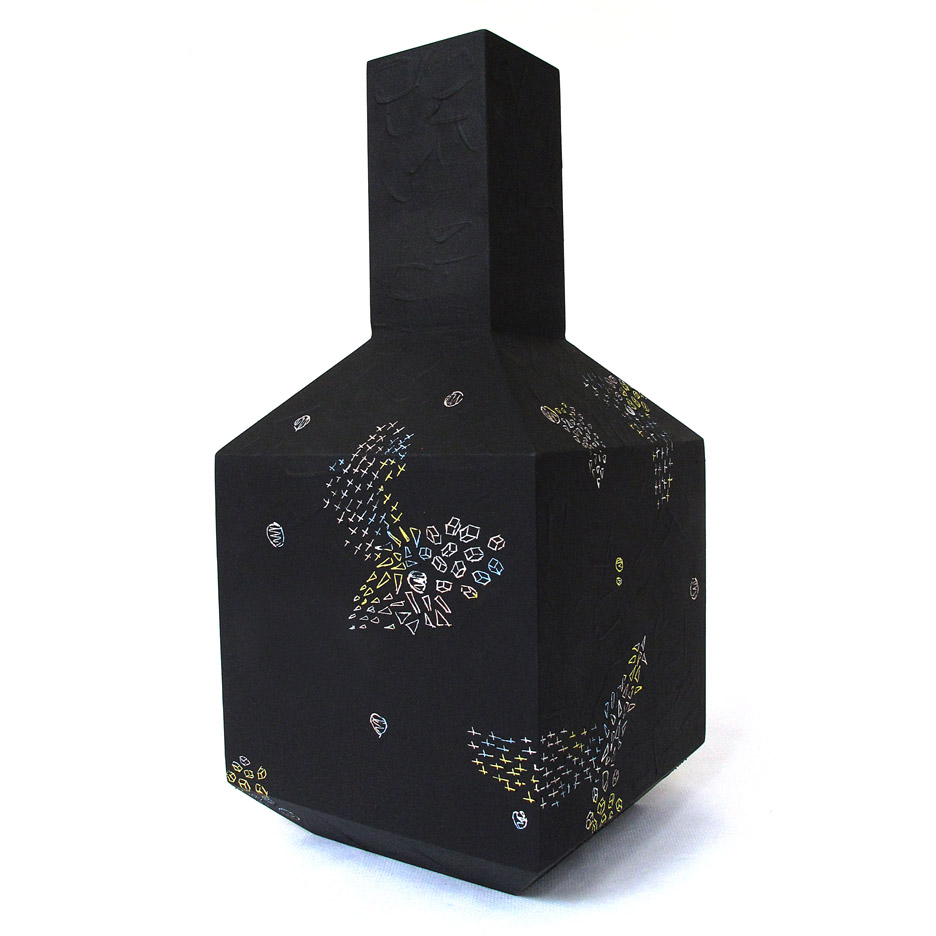 The task is a continuation of Ohaly’s Colored Memories set up, which was presented at Israel’s Style Museum Holon in 2014. Guests were invited to scrape drawings into walls and furnishings to reveal the coloured layers beneath.

Ohaly previously utilized layers of paint for his Shade Rings jewellery assortment, which was carved from wood covered in sections of coloured acrylic paint. 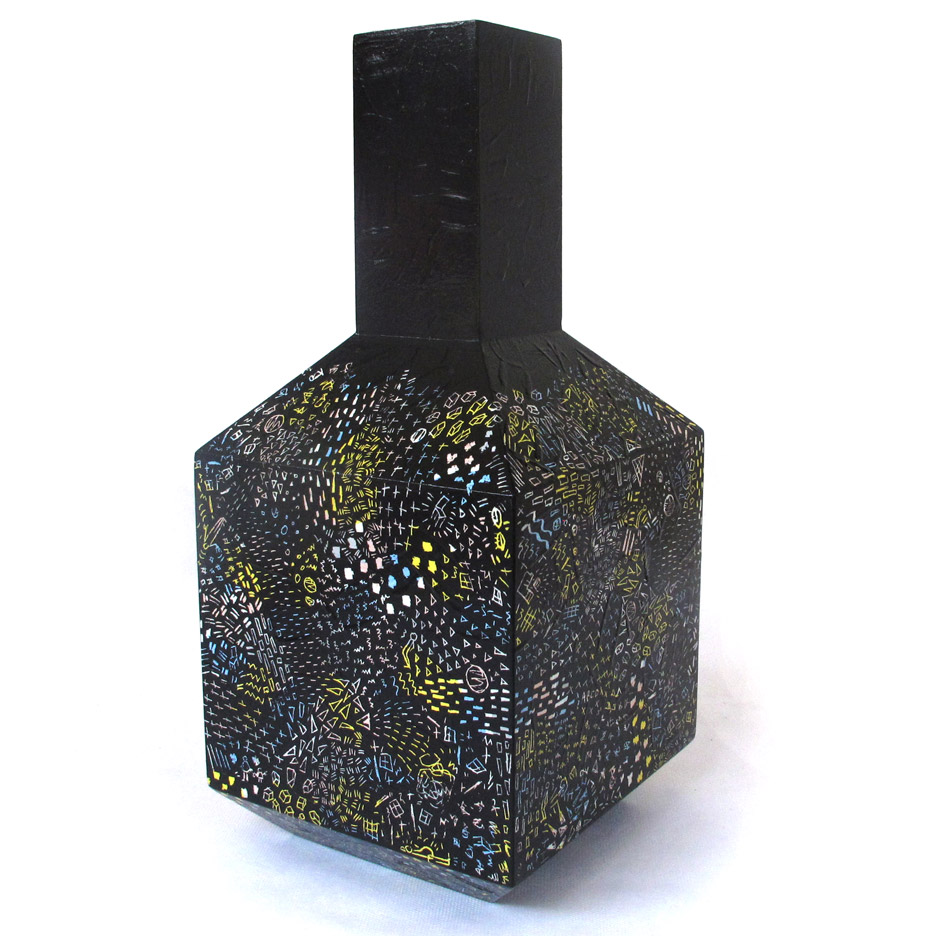 “In this project I proceed with my exploration into the colour etching strategy,” Ohaly told Dezeen. 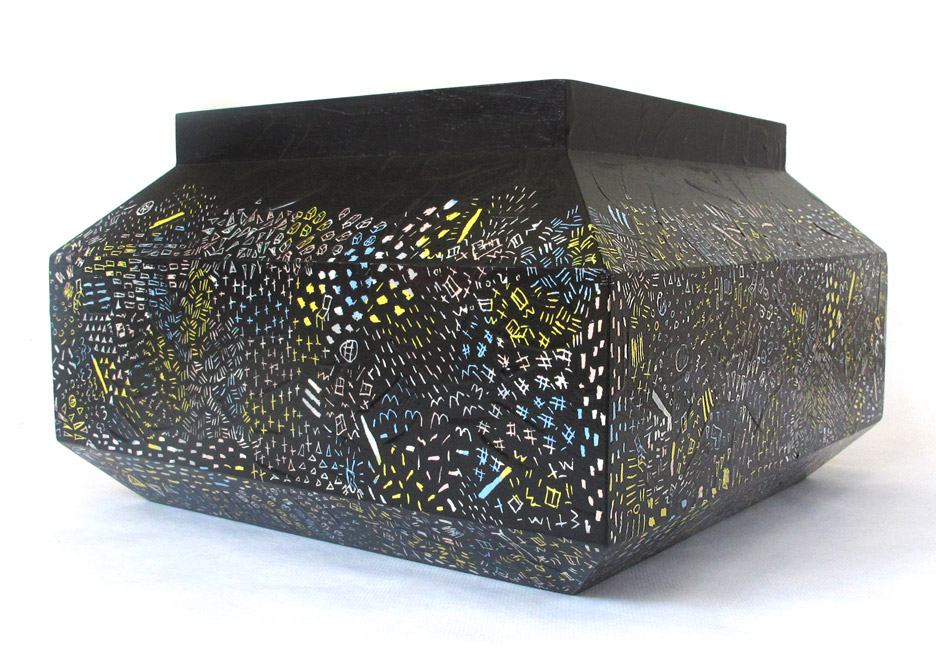 “I needed to apply this strategy to objects and I was interested in bringing this variety of aesthetics into peoples home. Additionally, By using manual etching, I am trying to perform and discover a variety of irregular, ongoing and evolving doodles which develop exclusive all round patterns.” 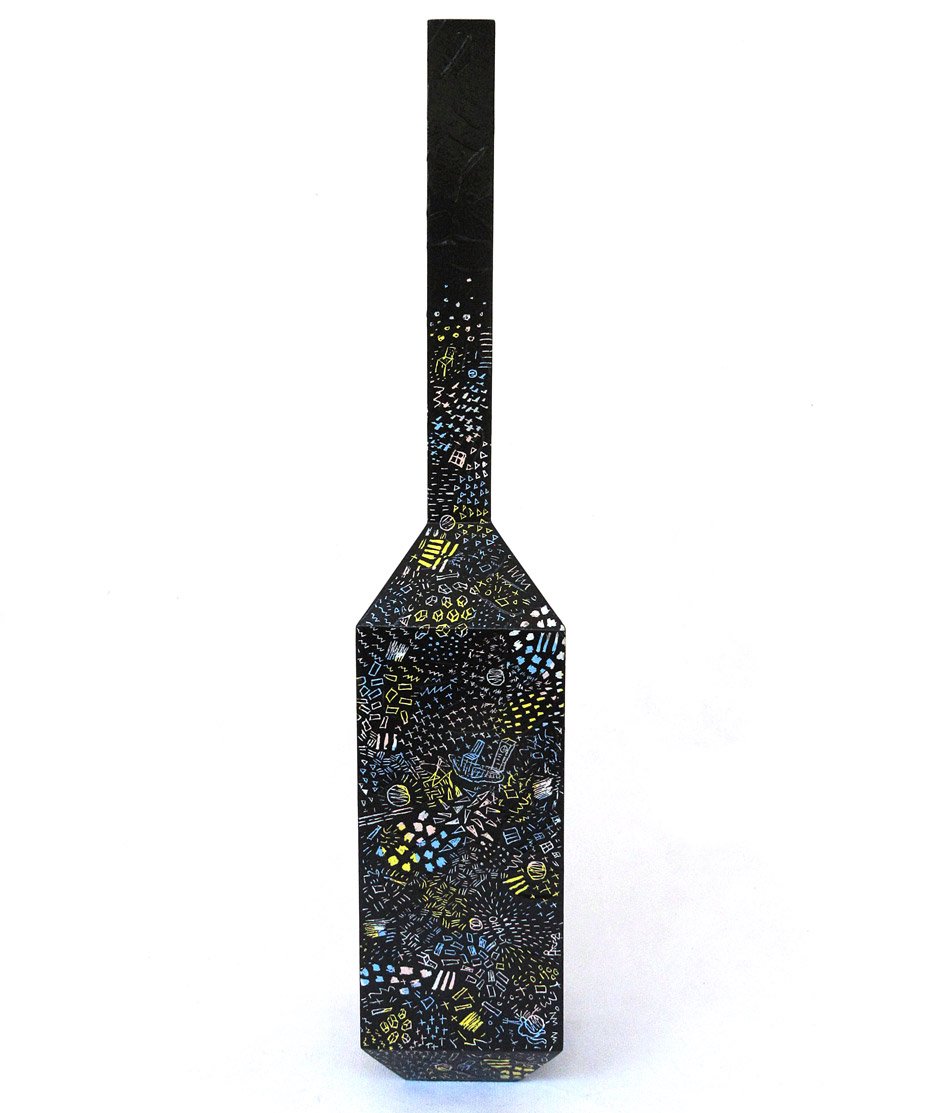 The collection of angular vases is available in 3 sizes: a taller model with a slender neck, a shorter vessel, and a squat square-shaped bowl. Ohaly has decorated the objects himself, to present how they’d seem when semi or completely covered in engravings. 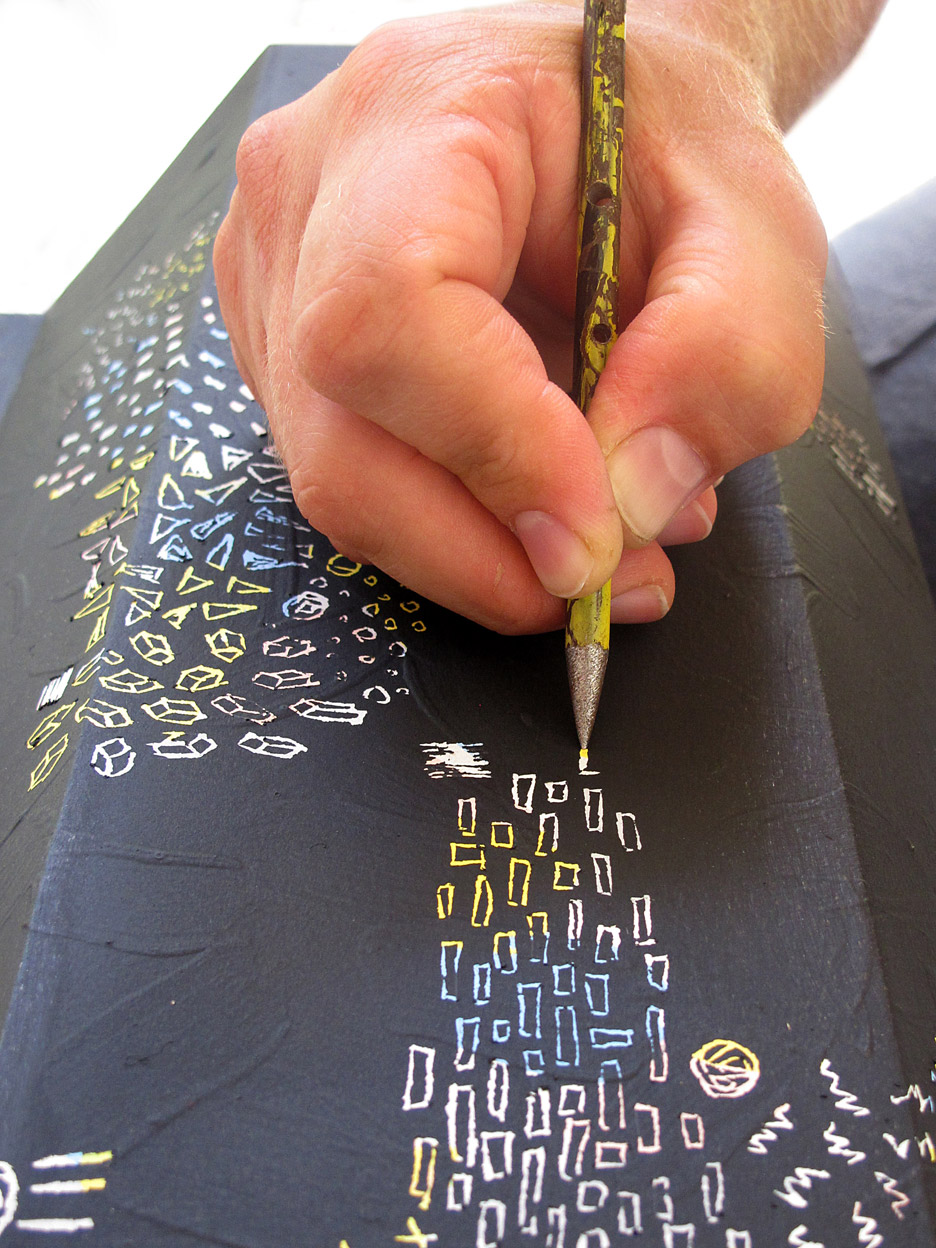 “The easy illustrated details may well search naive and simple, nonetheless, I feel that the dense all round search doesn’t appear childish at all,” he mentioned. “I did not envision it for youngsters, but for cheerful adults.” 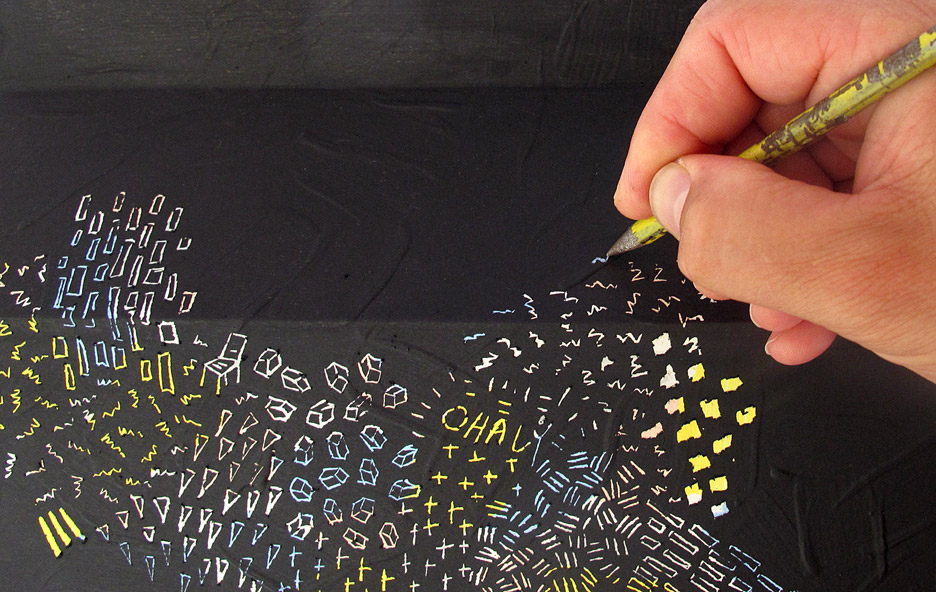 Other unusual vases include a assortment of “upside-down” glass vessels that generate a kaleidoscope when filled with flowers, and a assortment of radioactive vases formed from reclaimed toxic waste.