These glowing circular swings have been installed by Höweler + Yoon Architecture to brighten up a patch of Boston parkland and to encourage children to play outside the confines of the playground (+ movie). 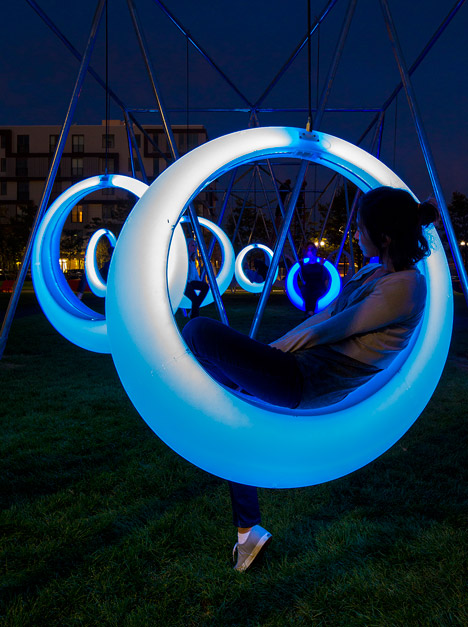 The Boston-based studio was commissioned by the city’s Convention Centre to create the centrepiece of a new temporary park set in an industrial area of the city.

Named the Lawn on D, the park is part of a redevelopment scheme aimed to attract technological companies to the area. 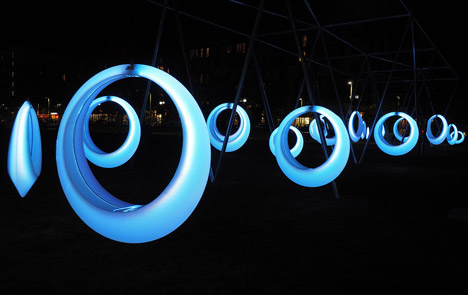 Höweler + Yoon Architecture came up with Swing Time, a set of 20 illuminated swings suspended from steel scaffolding that create an interactive installation on the green. 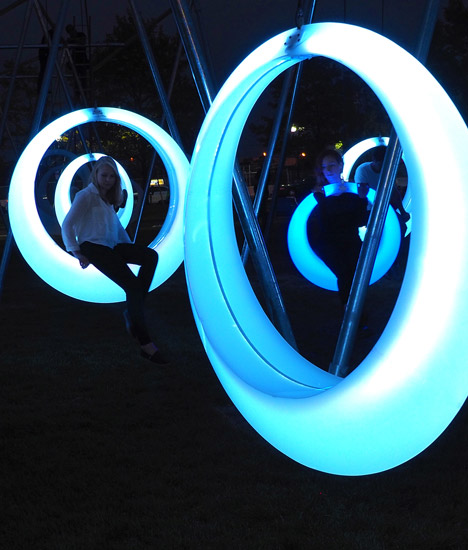 “We feel that play should not be limited to kids, nor to playgrounds. We had the idea of a playscape in the city that engages people of all ages in active play,” Eric Höweler, co-founder of Höweler + Yoon Architecture, told Dezeen. 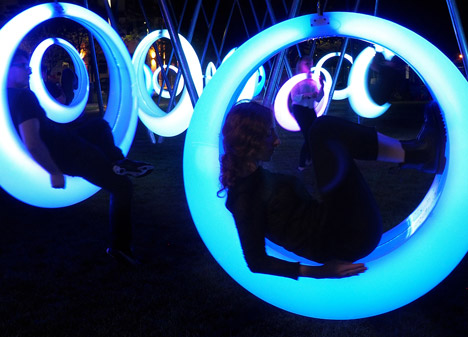 “[It is] a defamiliarised playground – kind of like the tyre swing from your back yard, but this time with a twist,” he added. 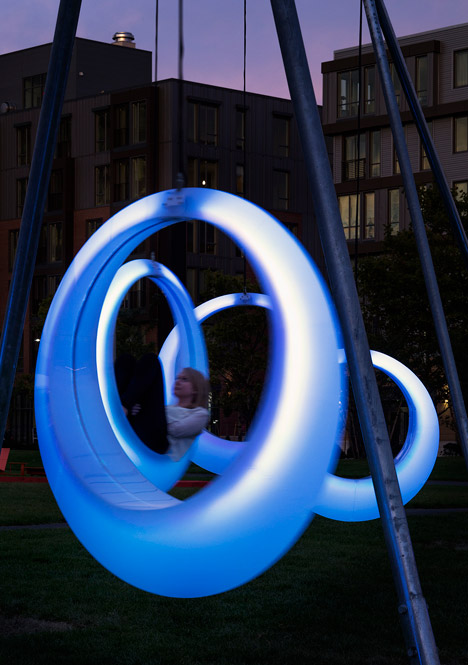 The translucent plastic hoops contain LED lights that respond to activity. A microcontroller and accelerometer in each swing chart levels of motion and inclination to inform the colour changes. 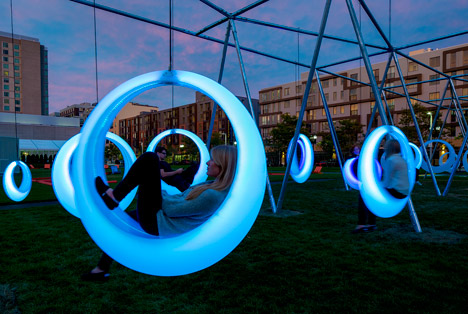 “The basic principle of responsiveness tends to encourage people to interact with the piece and with each other,” Höweler said. 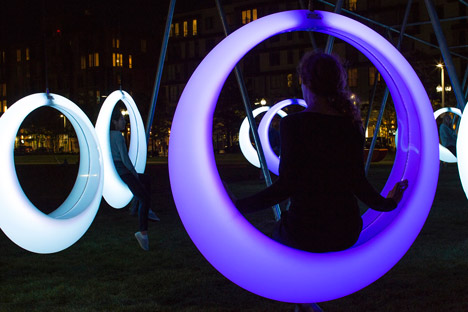 Immobile swings glow white, while blue indicates the swing is in use and a range of violet tones radiate depending on swinging intensity. 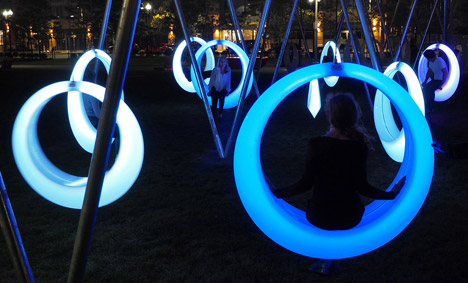 The installation opened to the public two weeks ago and will remain in place for the next 18 months. 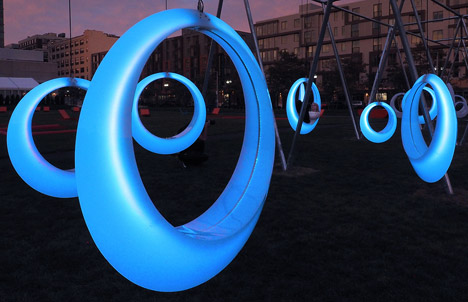 “We’ve had an overwhelming response. The swings were super crowded on opening night and we’ve had requests for further installations from all around the country and internationally,” the designer said. 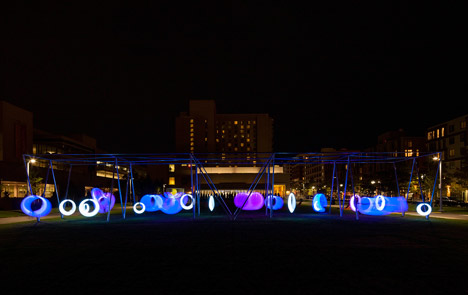 Höweler co-founded Höweler + Yoon Architecture alongside fellow architect Meejin Yoon. In 2012 the studio won the Audi Urban Future Award for their conceptual project BosWash, which imagined with a hybrid of individual and public transport.

Competition: Five Lost Destination Prints By Dorothy To Be Won 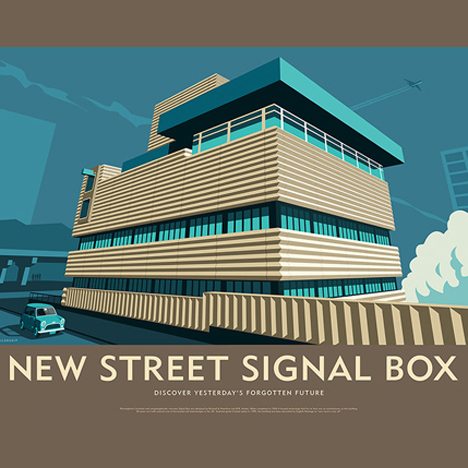 Decorating Ideas
Competition: Dezeen has partnered with UK designers Dorothy to give readers the chance to win one of five prints of forgotten architectural monuments. The Manchester-based...