Design company Maurice Mentjens referred to the convoluted structures of the brain when creating the interior for this boutique offering stimulants in Eindhoven . 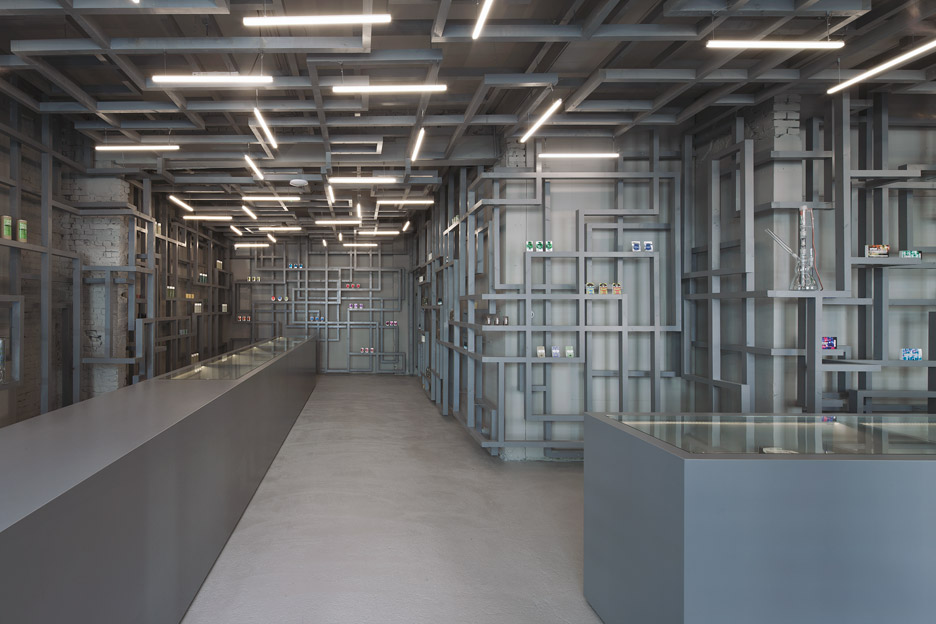 The House of Smart is a retail outfit specialising in drugs and associated paraphernalia. Medicines like cannabis in all kinds and hallucinogenic magic mushrooms are legal for “personal use” in the Netherlands. 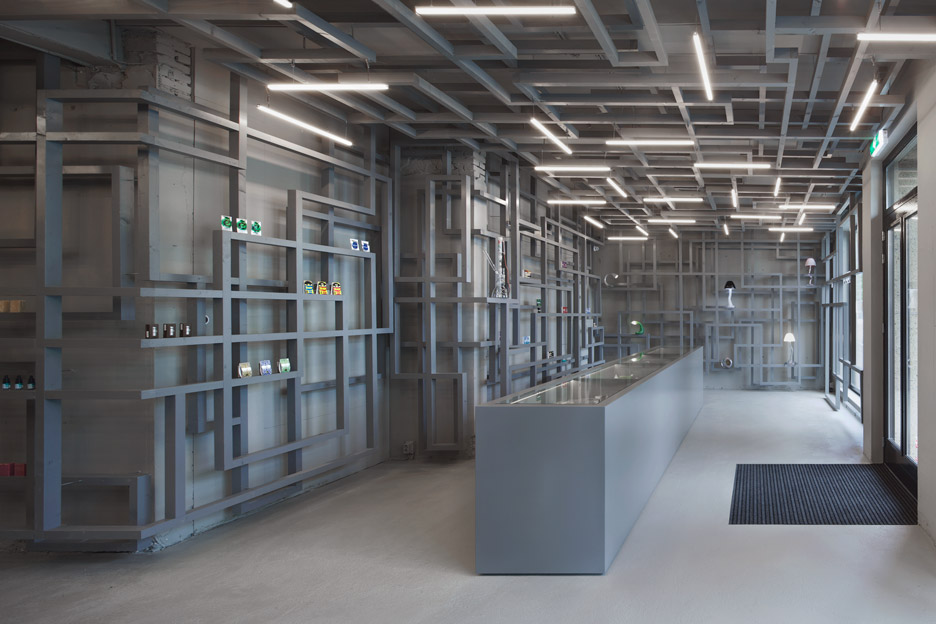 “A wise shop is a shop like any other retail establishment marketing stimulants,” explained House of Smart’s owner. “No secrecy is needed rather, we need to be a lot more open about it.” 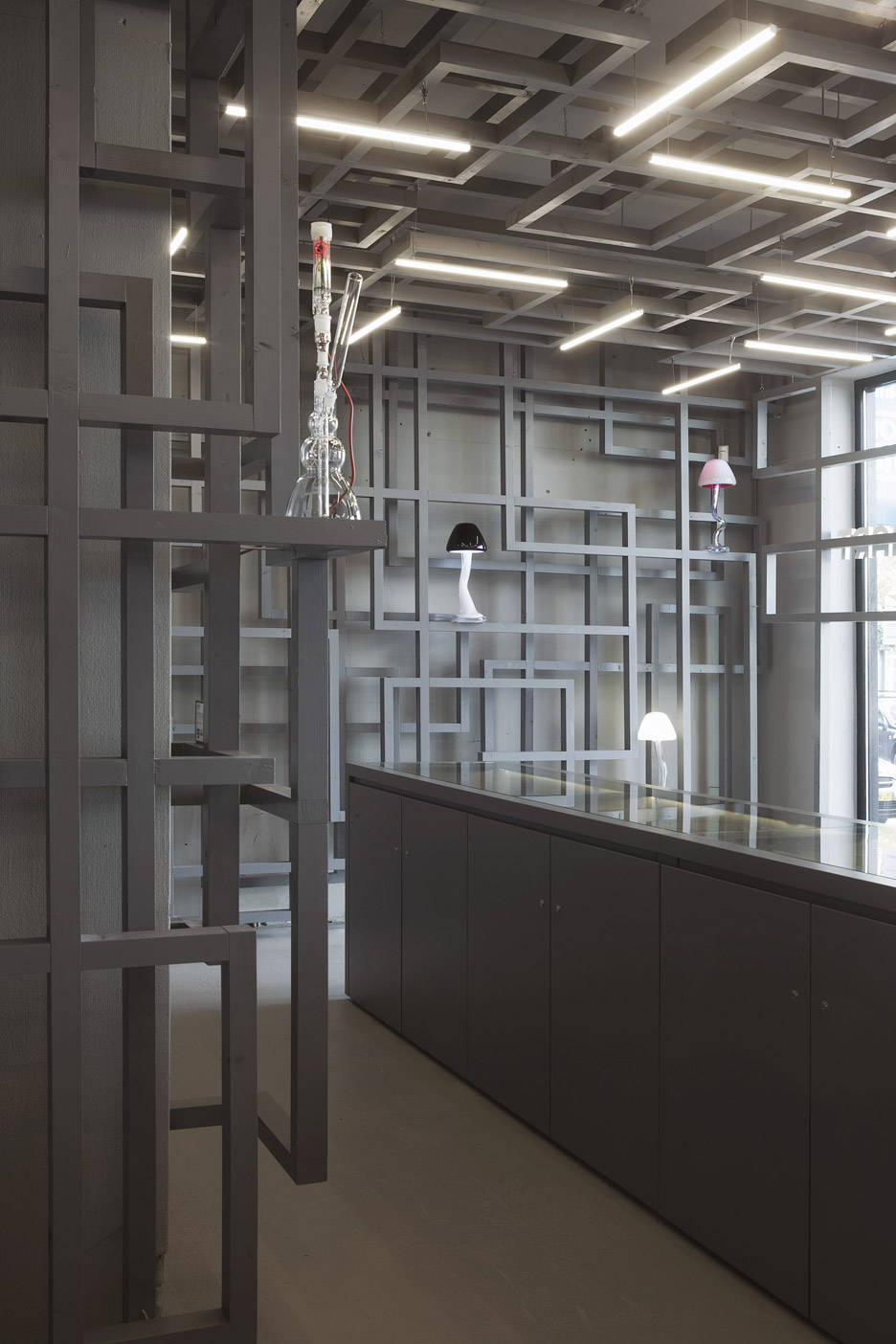 Inside the shop, an irregular grid of slender grey wooden beams – apparently inspired by “the interconnectedness of the neural pathways of the brain” – covers the ceiling and walls. 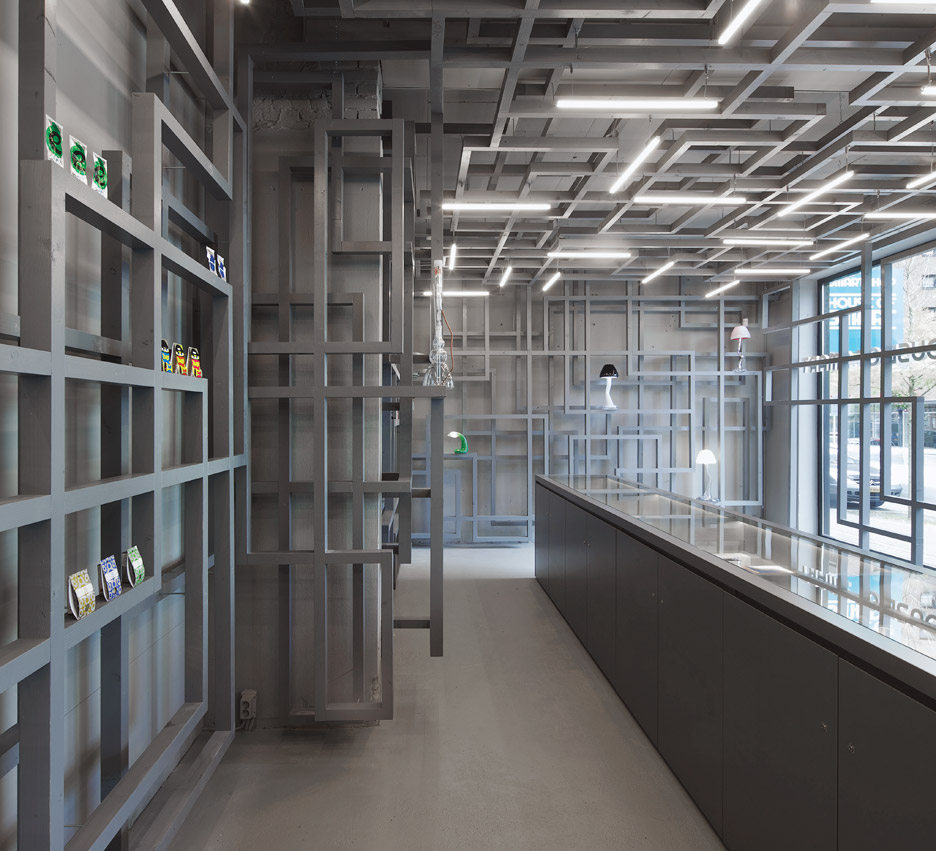 “It seemed fascinating to me to represent the brain with its branching nervous program in an abstract manner in this certain place,” stated agency founder Maurice Mentjens.

“It is like a labyrinth or a maze. But you can also interpret the branching as the wiring of complex printing plates or laptop chips, symbolic of rational imagined and artificial intelligence,” the designer added. 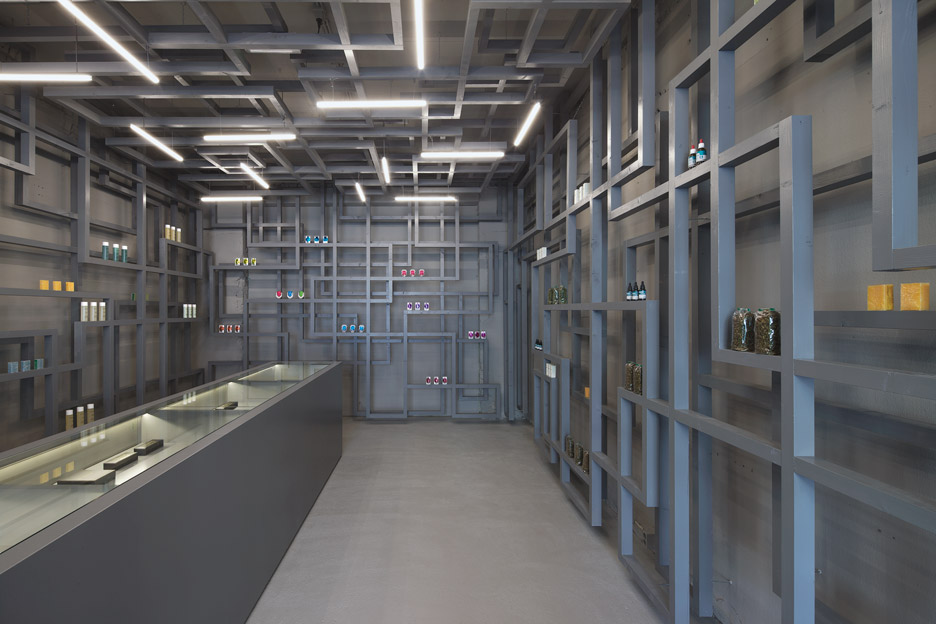 Linear LED light bulbs hang from the ceiling, echoing sections of the wooden grid, and the beams on the wall double up as shelving for items. Samples can also be hung “like fruit” from the overhead beams.

The agency stripped the shop back to its bare walls during renovation – purposefully leaving any traces of creating work on show. 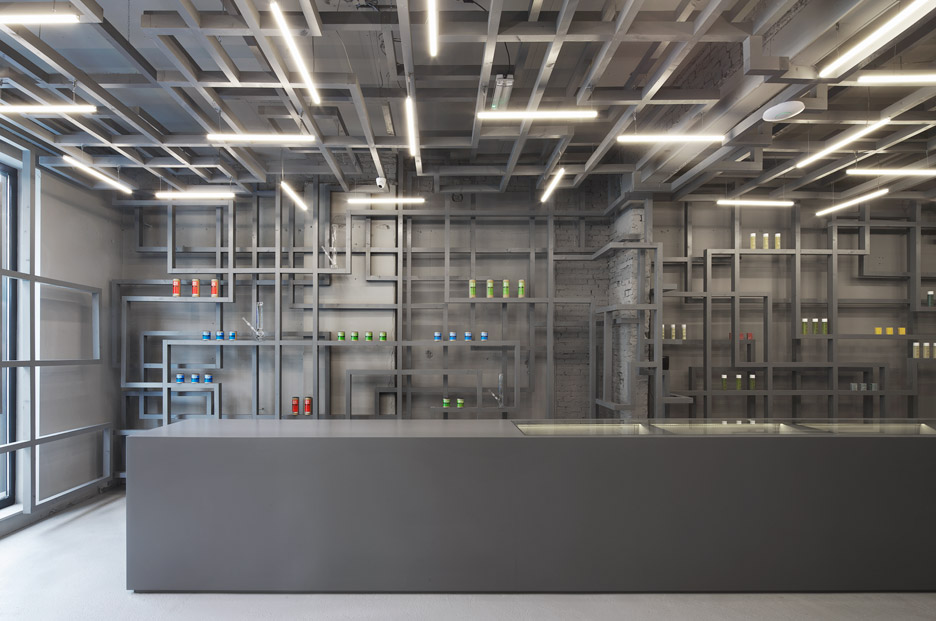 Glimpses of the structure’s authentic brickwork can be seen behind the crisscrossed wall beams.

Connected story: “My mission is to elevate cannabis via design and style” says Megan Stone

Two grey counters in the store are positioned separately, but at proper angles to one particular another, and include illuminated glass display circumstances. Large windows have been put in at the front of the store to entice passersby. 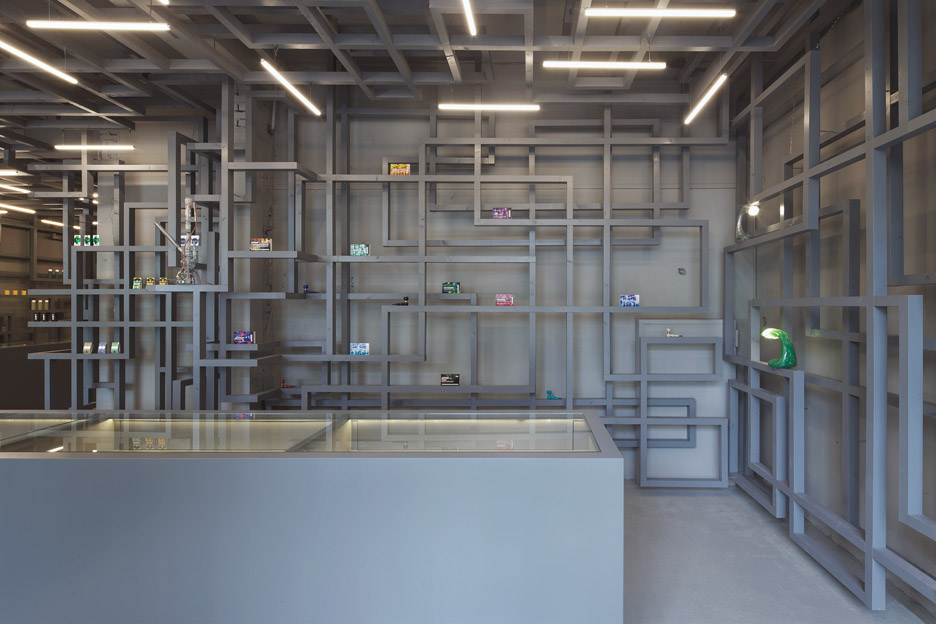 The Home of Wise keep, which is positioned in the centre of Eindhoven, opened on 29 September 2015.

As portion of Dutch Design and style Week 2015, which will take place from 17 to 25 October, the space will host an exhibition of large glass-blown mushrooms that double as floor lamps, by designer Arnout Visser. 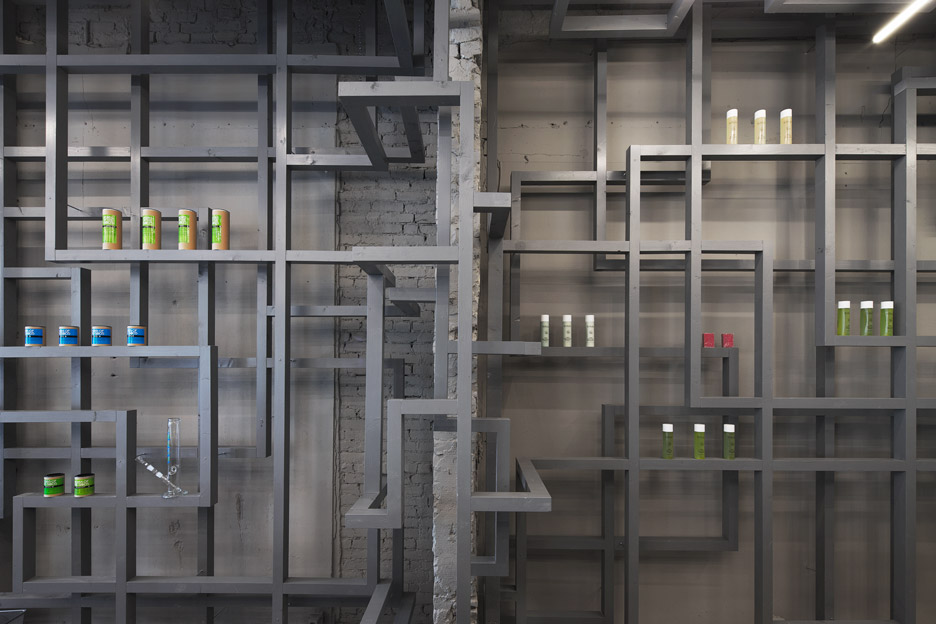 Photography is by Arjen Schmitz.