A new timber and concrete cafe cantilevers out towards the swimming pool at this 1970s hotel in Portugal that has been renovated by Campos Costa Arquitectos . 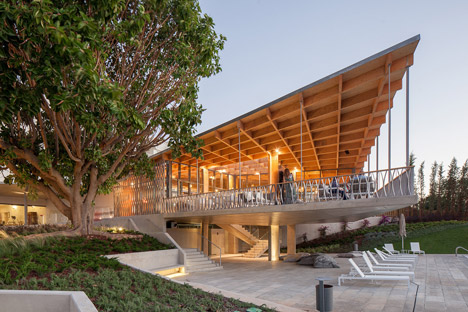 The Lisbon studio led by Pedro Campos Costa was tasked with upgrading the facilities at the Eurotel Tavira, a hotel in the south of Portugal initially created by architects Barros da Fonseca and Paiva Lopes. 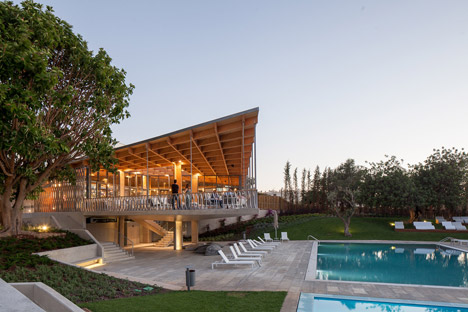 As properly as refurbishing the existing spaces of the white-rendered 4-storey block, Campos Costa’s group added a modern extension to create a generous dining space and terrace overlooking the swimming pool. 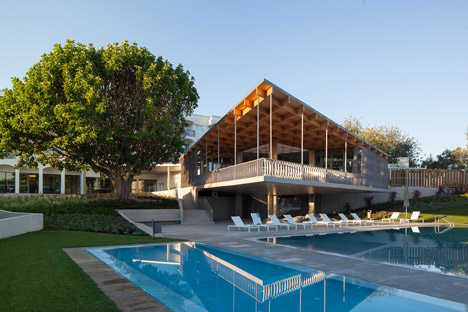 “The proposal aims to enhance the comfort and constructive good quality of the Eurotel Tavira to that anticipated of modern four-star hotels,” said the architect. 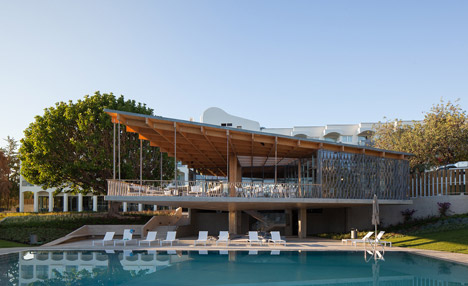 “The objective was to search for a balance amongst current and modern. The building was designed in the 1970s and has attributes that I was interested in keeping, and which influenced the design and style of the new components.” 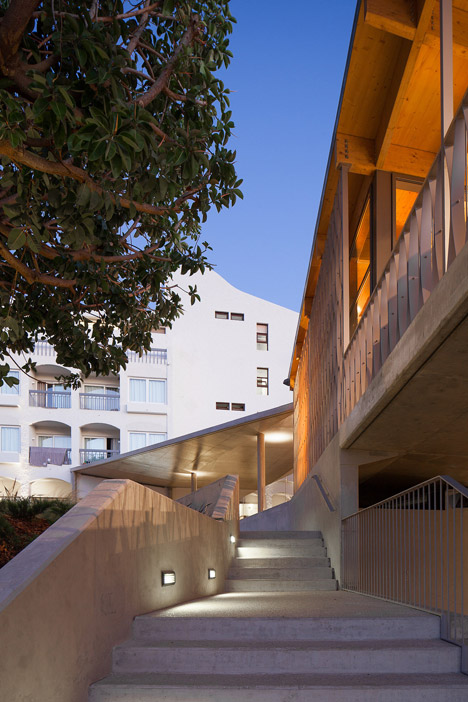 Rather than emulating the material palette of the old constructing, he chose to combine contemporary detailing with the traditional techniques of neighborhood carpenters. 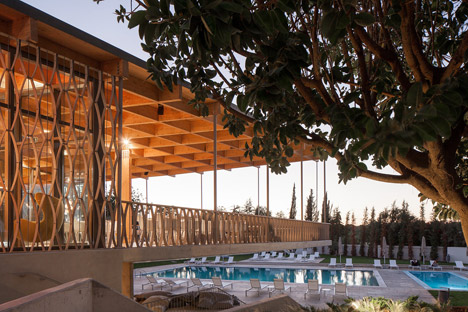 This resulted in a two-storey structure topped by a gridded timber roof supported by slender columns. Its concrete base is set into the sloping ground at one particular end and cantilevers six metres out towards the existing pool at the other. 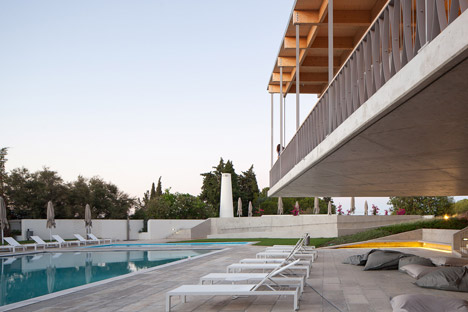 At first glance the roof seems to be flat, but on closer inspection it reveals itself as a gently curving surface that lifts upwards at two of its corners and drops down on the other two. 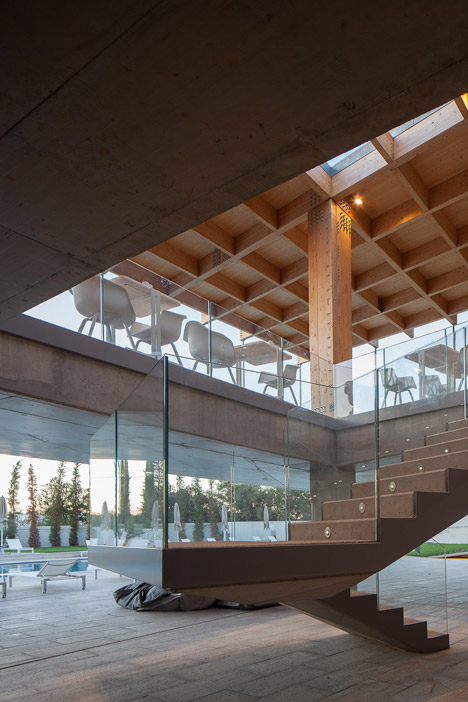 An L-shaped dining space requires up a single half of the elevated floor, while the other half is occupied by a generous terrace facing out towards the horizon. 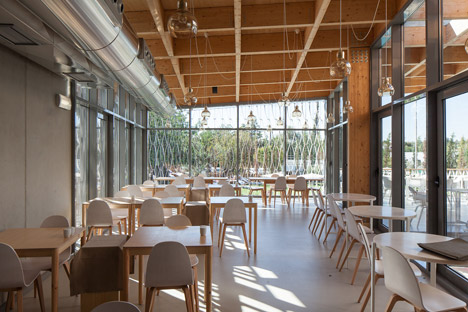 “The basic aspect of the new structure is the concern for comfort, both on the terrace and lounge space,” said Campos Costa. 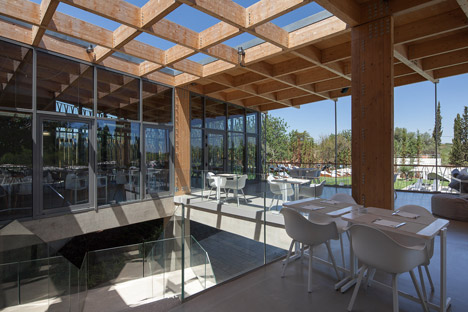 “The wood was a material that emerged from the really very first moment, quite attached to a search for a partnership with the nearby surroundings,” he added. “The creating seeks to locate the land and the surroundings in a balanced and harmonious way whilst asserting its personality and its character.” 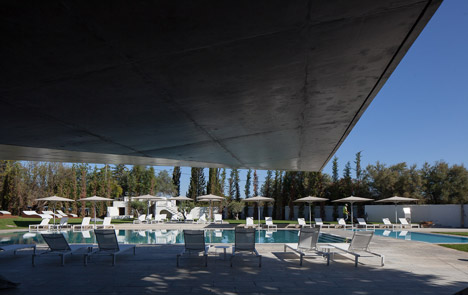 A concrete staircase sits at the heart of the space, supplying guests a direct route down to the pool. 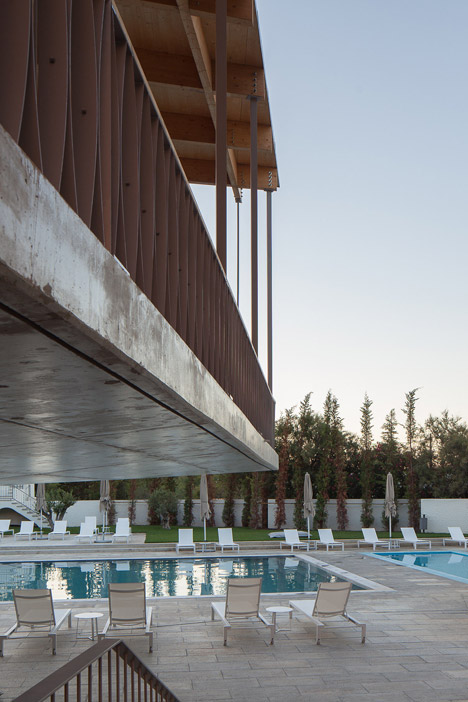 The rest of the renovation involved refitting the hotel’s reception and living space, situated on the ground floor, and modernising the guest rooms on the levels above. 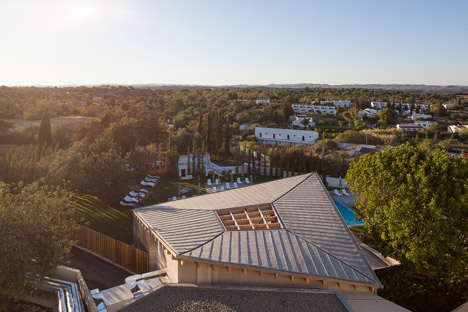