Dutch Design Week 2014: Netherlands-based multidisciplinary artist Helmut Smits has developed a water filtration system for “a world in which drinking water can be harder to come by than Coca Cola”. Helmut Smits worked with the Synthetic Organic Chemistry Group at the University of Amsterdam to develop a reverse osmosis filtration device to turn Coca Cola into clean drinking water.

Called The Real Thing, the idea for the filter was originally conceived by Smits in 2006, but was turned into a fully realised machine for the Sense Nonsense exhibition at the Van Abbesmuseum in Eindhoven, which opened in October during Dutch Design Week. 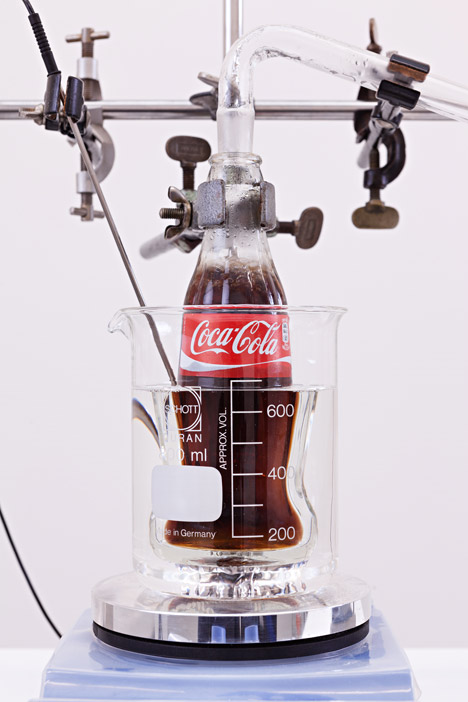 “I try to look at the world and the things around us as a child or as an alien, like I see things for the first time,” Smits told Dezeen.

“When I looked at Coca-Cola that way, I saw dirty brown water, so it was logical to filter it back into clean drinking water, just as we do with all our waste water.” 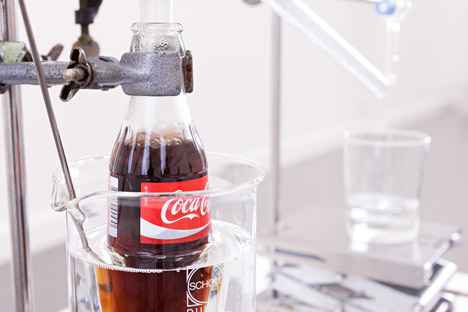 Smits’ research revealed that the production of one litre of Coca Cola can use up to nine litres of clean drinking water, a fact he described as “absurd”.

“In some parts of the world people don’t have access to clean drinking water, but you can buy a bottle of Coke there,” he said. The Coca Cola is boiled in a container, producing water droplets that collect as condensation and are then siphoned off into a glass. Minerals are added at the end to make sure it is safe to drink. The process is described as a “reverse osmosis” system. 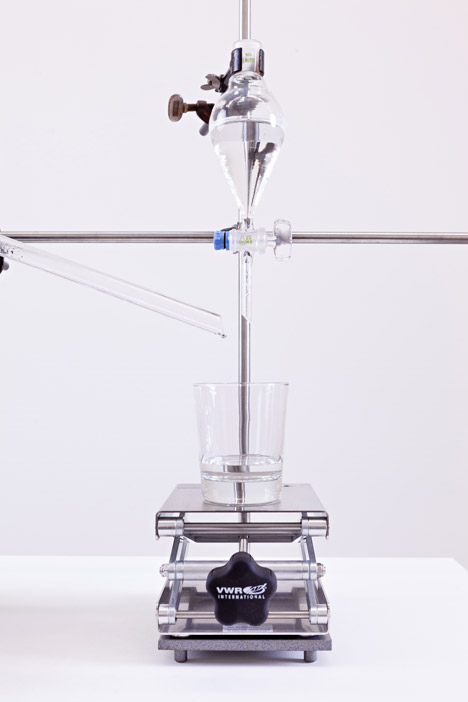 Smits had never originally intended to build a working machine and fully realise the project.

“I think there are two reasons for that. One – I think I’m quite lazy. Two – for me the concept is the most important part of an artwork, that’s where I find the most pleasure,” he explained.

“I did the research and found out that it could be done, it is possible to filter Coca-Cola back into clean drinking water, so then making a working installation for me is not that important anymore.” 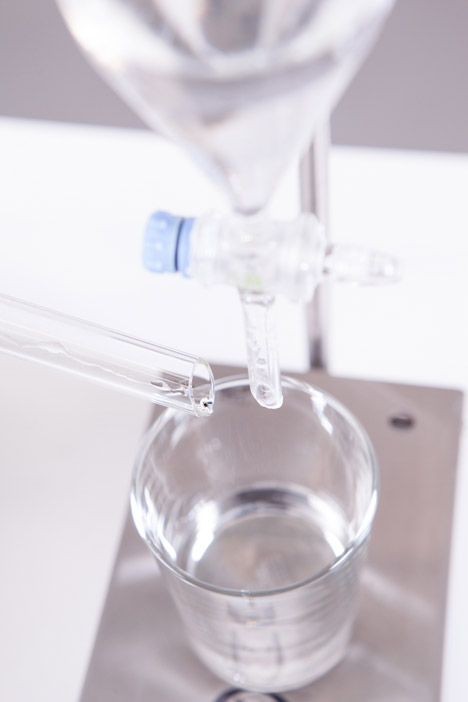 Smits was approached by one of the co-curators of Sense Nonsense, Agata Jaworska, inviting him to include the project in the exhibition organised by the Van Abbemuseum and Design Academy Eindhoven to exploring the different approaches of designers and engineers.

Related story: Design Academy Eindhoven “needs to get a grip on technology”

“Time and time again, we see examples of when the seemingly illogical turns out to be perfectly logical,” said Design Academy Eindhoven director Thomas Widdershoven, who co-curated the exhibition.

“A machine that filters Coca Cola into pure drinking water suddenly makes a lot of sense in a world in which drinking water can be harder to come by than the multinational soft drink.” 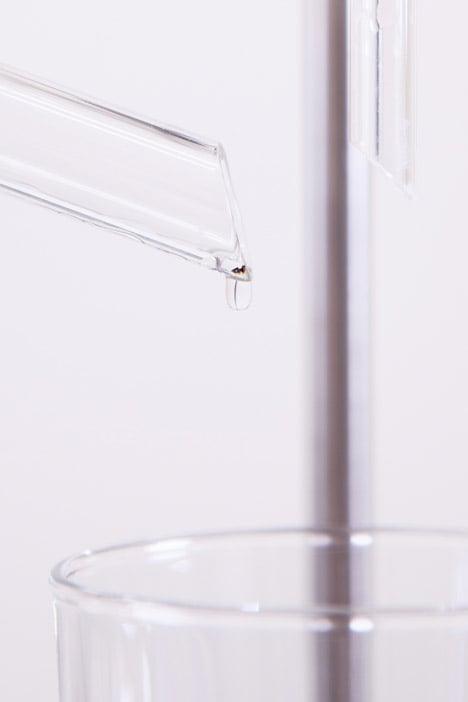 Despite interest generated by the exhibition, Smits has no plans to take the Coca Cola filtration project any further.

“I’m not planning on turning all the Coke in the world back into water, it’s more to let people think about how we humans create the world around us and ask questions.”

“I just want people to laugh and then hopefully think about the sh*t that they consume.” 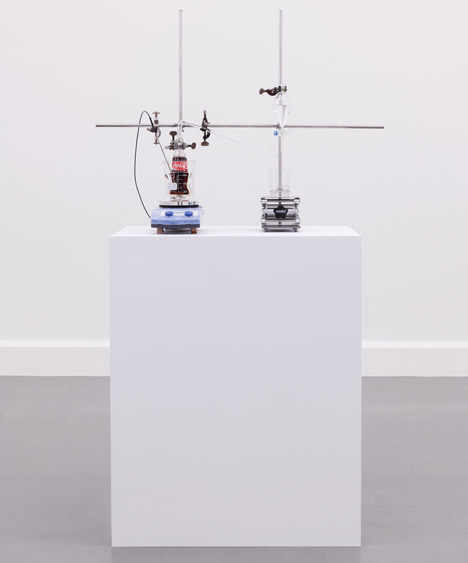 Sense Nonsense opened at the Van Abbemuseum in Eindhoven on 18 October and runs until 9 November.

20 Stylish Ways to Style Back Tights for Perfect Winter Outfit