The outdoor swimming pool will kind component of a 160-area hotel that will be housed within The Skyline – a massive mixed-use block made by Foster + Partners as component of the third phase of advancement for the 17-hectare Battersea Energy Station development website.

Billed as “the jewel” in the hotel’s crown, the pool will be found at the southernmost end of the building, proper beside one of the outdated electrical power station’s 4 iconic chimneys.

It will be set inside of a 250-square-metre roof garden created by New York landscape firm James Corner Area Operations, which was also behind the Substantial Line. 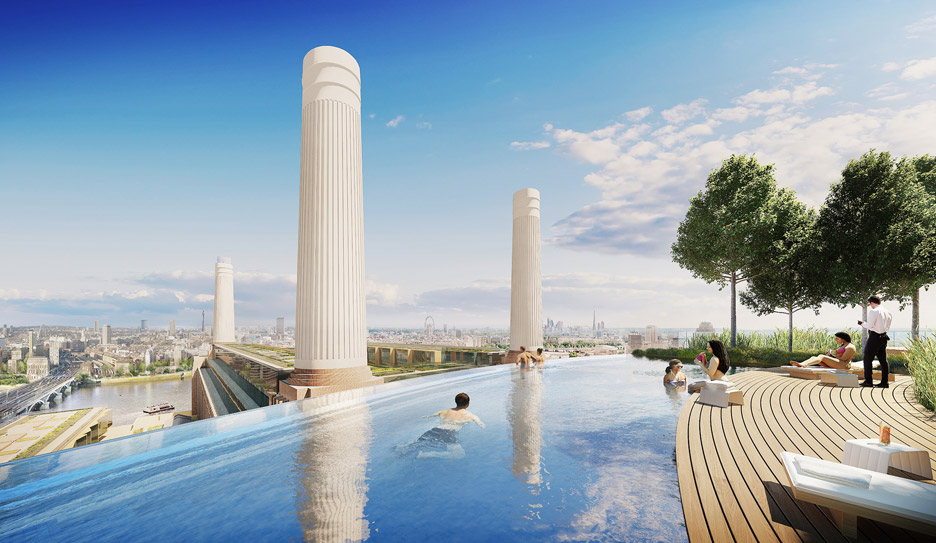 Located on the eastern side of the web site, The Skyline is made as an undulating volume containing retailers, affordable housing, a medical centre and the hotel – which will be operated by boutique brand Art’otel, a subsidiary of PPHE Hotel Group.

Art’otel programs to also generate an elevated bar and restaurant giving panoramic views of the city skyline, as effectively as a public art gallery accompanied by a lounge and cafe.

The interiors will be created a yet-to-be-named “signature artist”, similar to the brand’s Amsterdam hotel created by Dutch studio Atelier Van Lieshout.

An additional vertiginous swimming pool is also planned nearby – a glass “sky pool” that will be suspended between apartment blocks in the new Nine Elms quarter.

The 1930s Giles Gilbert Scott-created Battersea Energy Station has been out of use considering that 1983 and was subject to a variety of unsuccessful growth proposals in excess of the final thirty years, such as a stadium for Chelsea Football Club, a public garden and a theme park.

The current masterplan by New York architect Rafael Viñoly includes the development of three,400 new residences, a key new buying centre, and a new London Underground station around the authentic building, which is currently being refurbished. 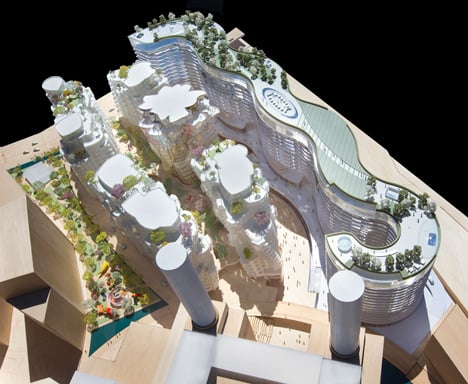 Earlier this yr, Danish architect Bjarke Ingels, whose company Huge is creating a public square beside Battersea Electrical power Station, unveiled plans to turn its one hundred-metre-substantial chimneys into giant sparking Tesla coils. The coils would be powered by the footfall of pedestrians passing via the square.

Speaking at the Royal Academy’s annual architecture lecture, for which Dezeen was media partner, Ingels explained: “We’re doing work with specialists in Tesla coils, seeking into how to integrate it into the chimneys so essentially we may possibly celebrate the transformation from carbon footprint to human footprint.”