Railway sleepers form the walls of this extension to a library in Azkoitia, Spain, which is found at the town’s former railway station. 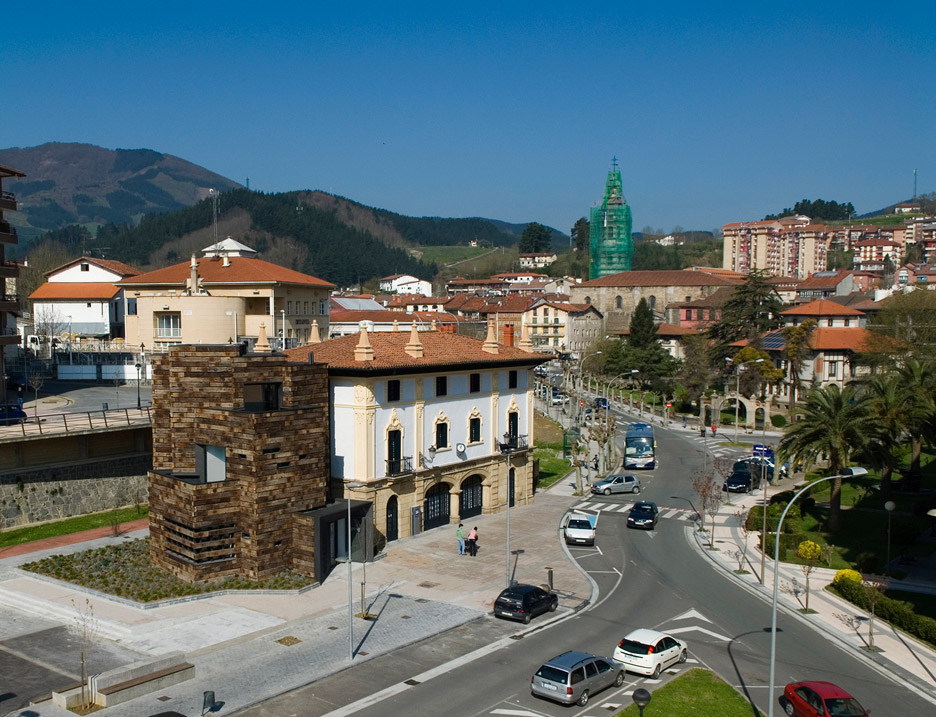 Made by Spanish studio Estudio Beldarrain, the Aizkibel Library extension adjoins the outdated station developing, which had already been converted into a library but was in need of much more space. 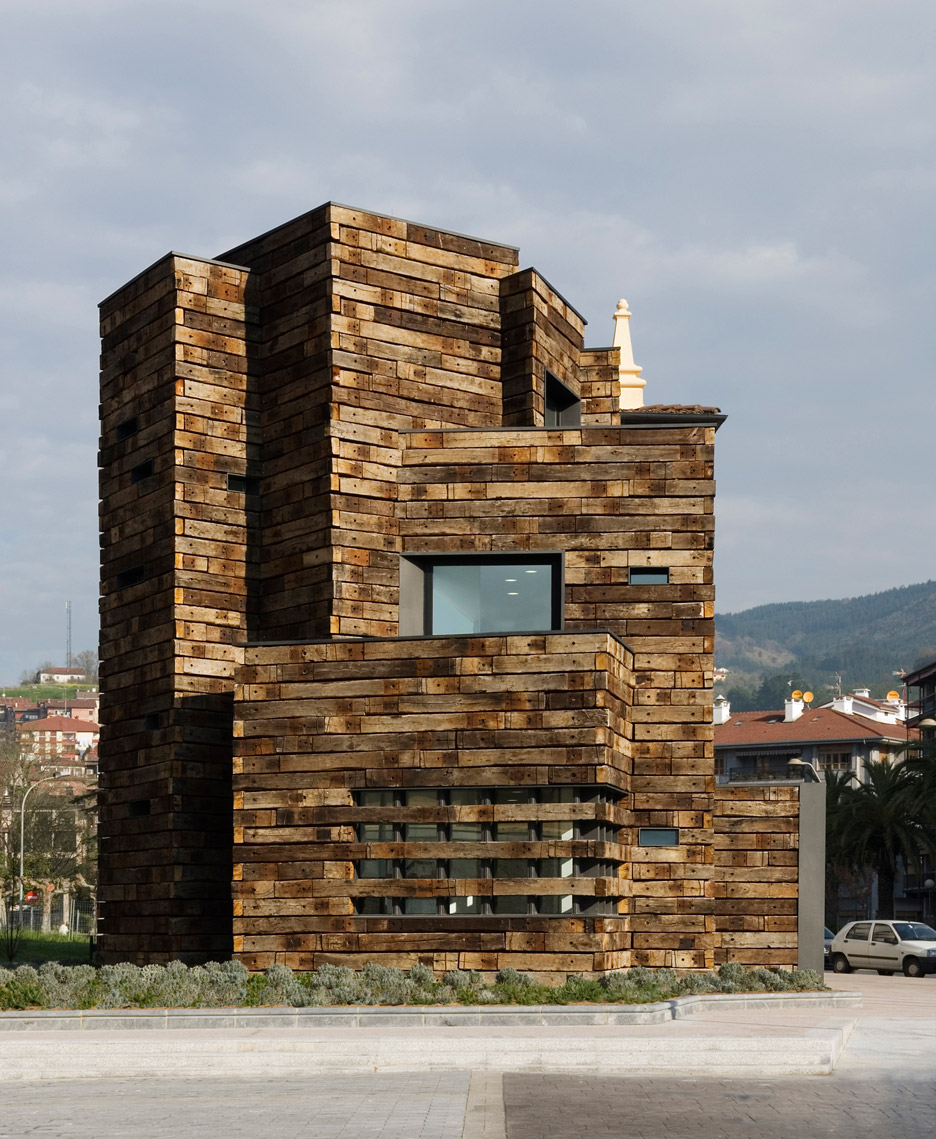 The disused railway track had been cleared away from the website, leaving the old building out of context. So Estudio Beldarrain used recycled sleepers to generate a contemporary extension that references the site’s history. 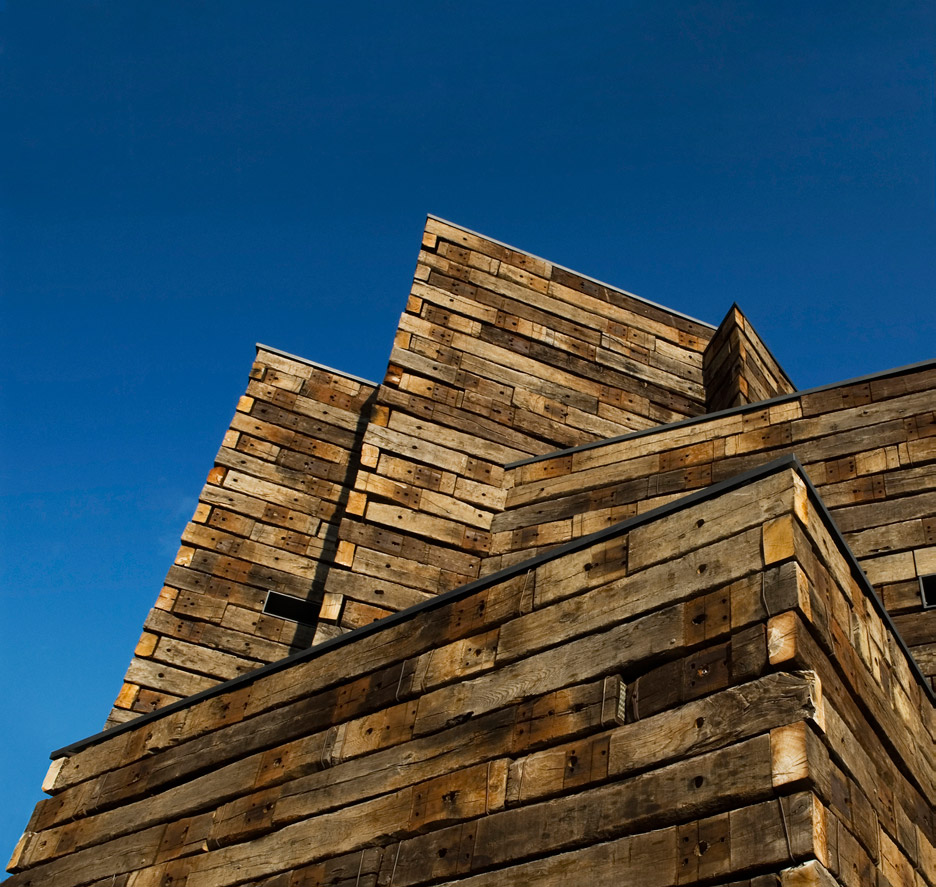 The extension requires the form of a group of tiny tower blocks – a shape dictated by the design of the spaces within. Italian studio Gianluca Gelmini took a related approach for a copper-clad stairwell to a library housed in a medieval tower.

“A sculpted box with an irregular shape, will take the new expansion of the library,” said Estudio Beldarrain. 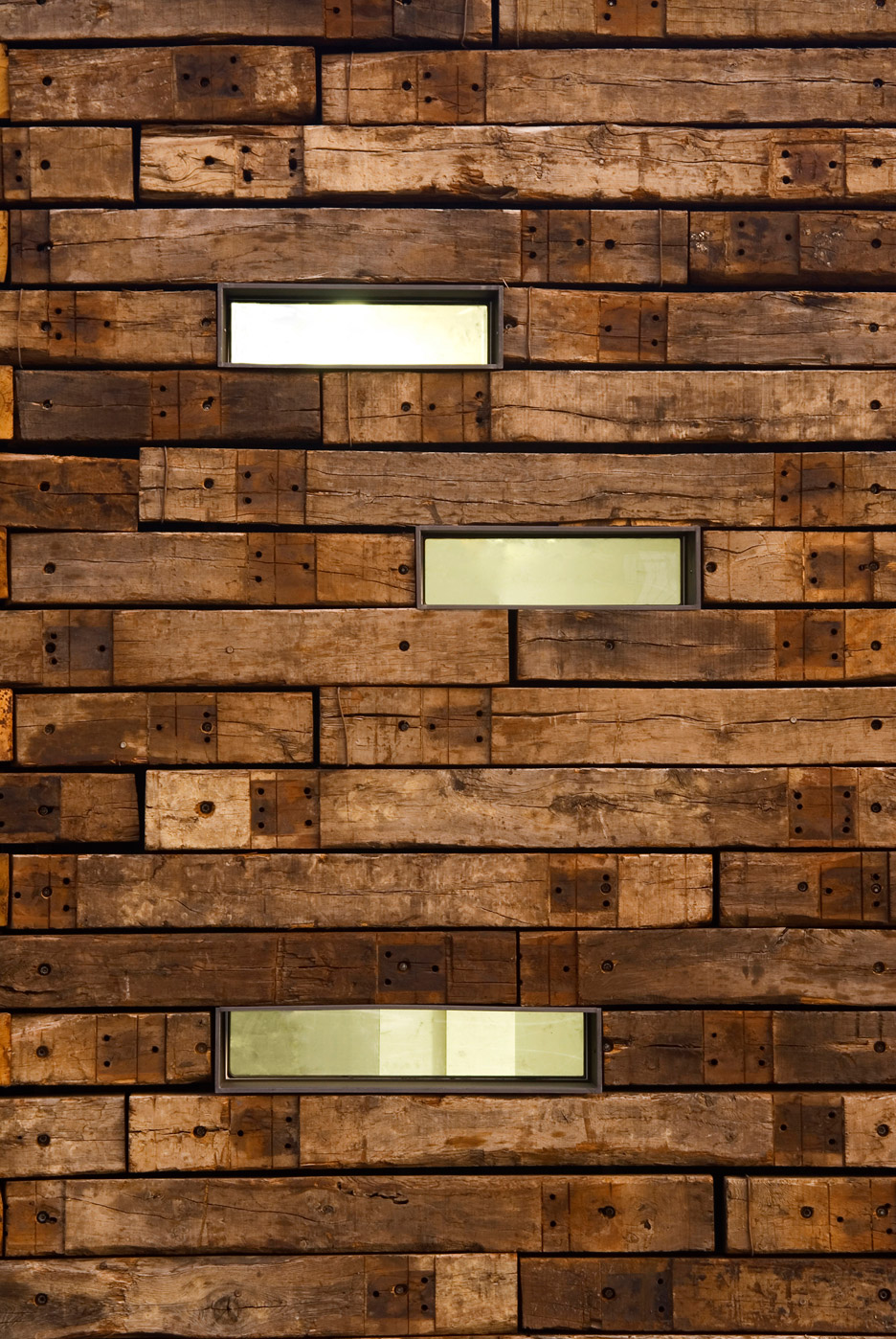 “Its hefty cover created of wooden railway sleepers evokes the history of the building, almost as if when the tracks have been dismantled the old sleepers had been stacked close to the station.” 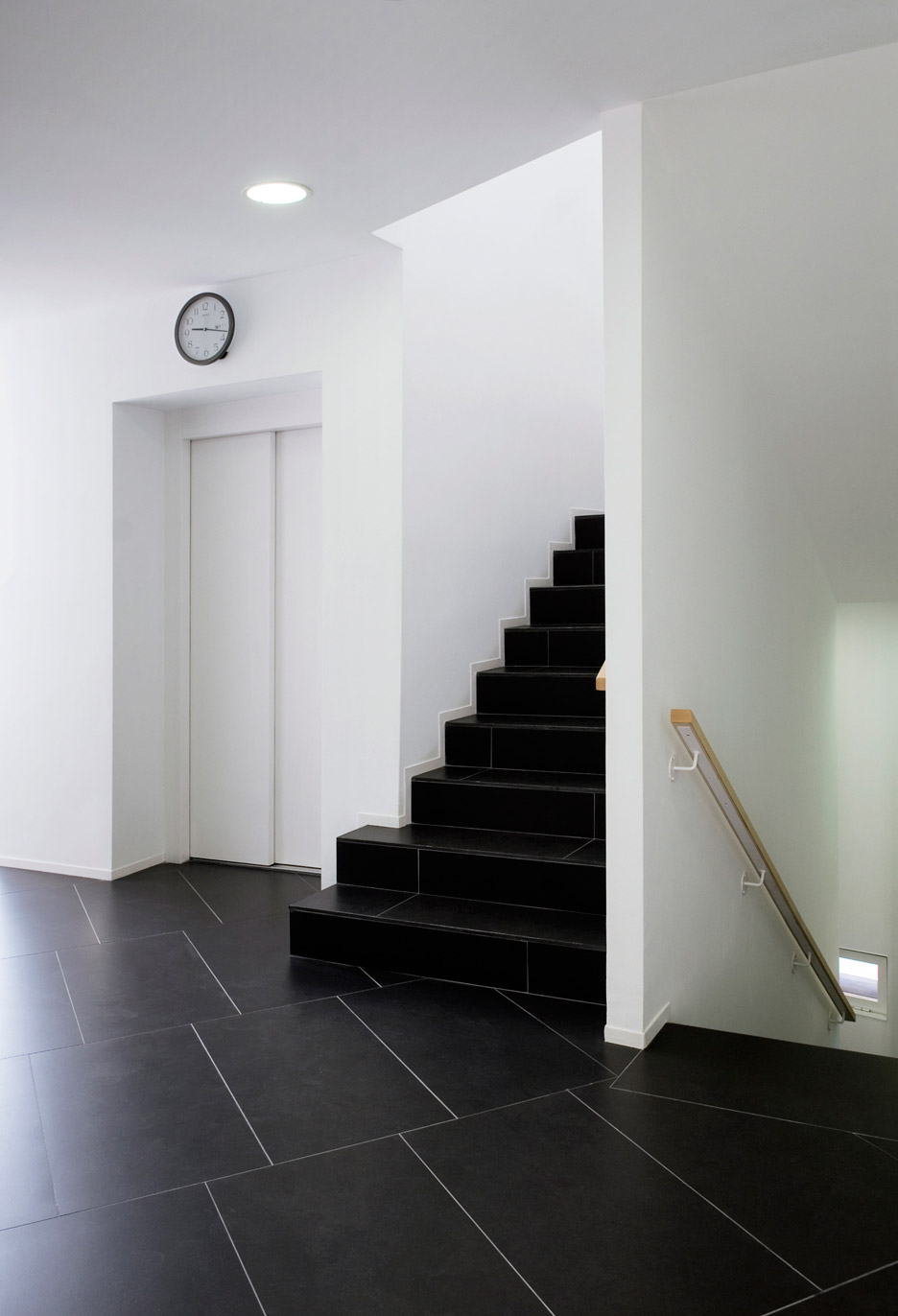 The extension’s rough, dark visual appeal is at odds with the pale decorative stucco facade of the station residence – an intentional contrast conceived so as not to compete with the traditional type of the old building. 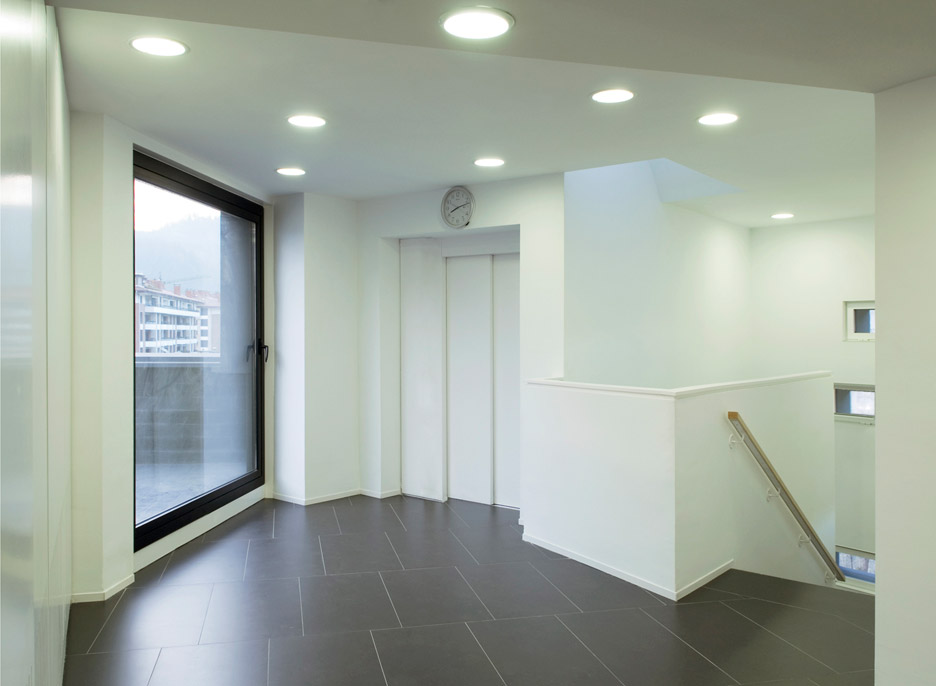 A metal-framed entrance protrudes from the base of the extension, which prospects into a lobby. The upper floors are occupied by toilets and a stairwell, freeing up the rest of the main building for library space. 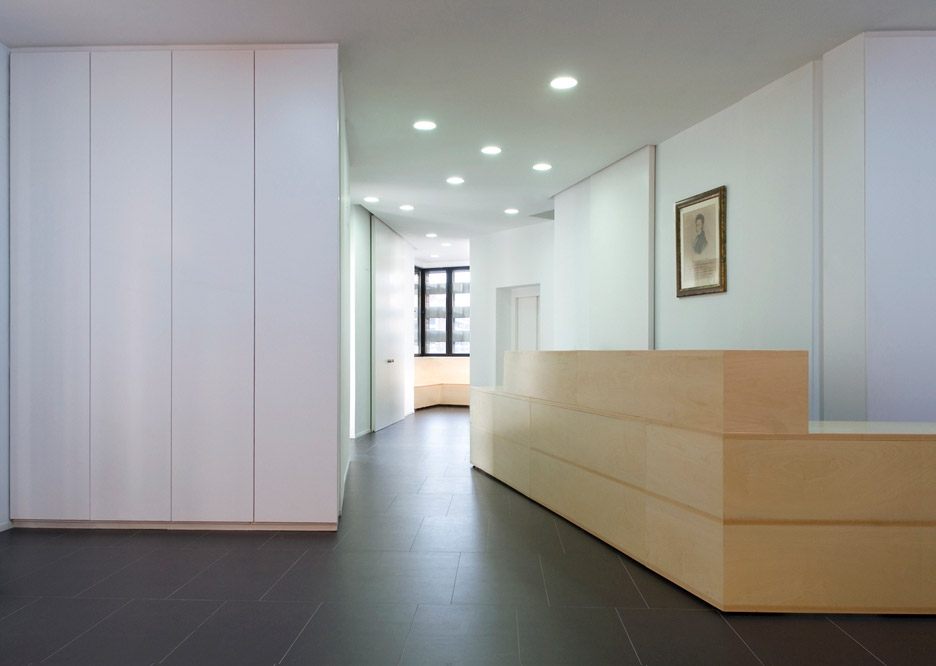 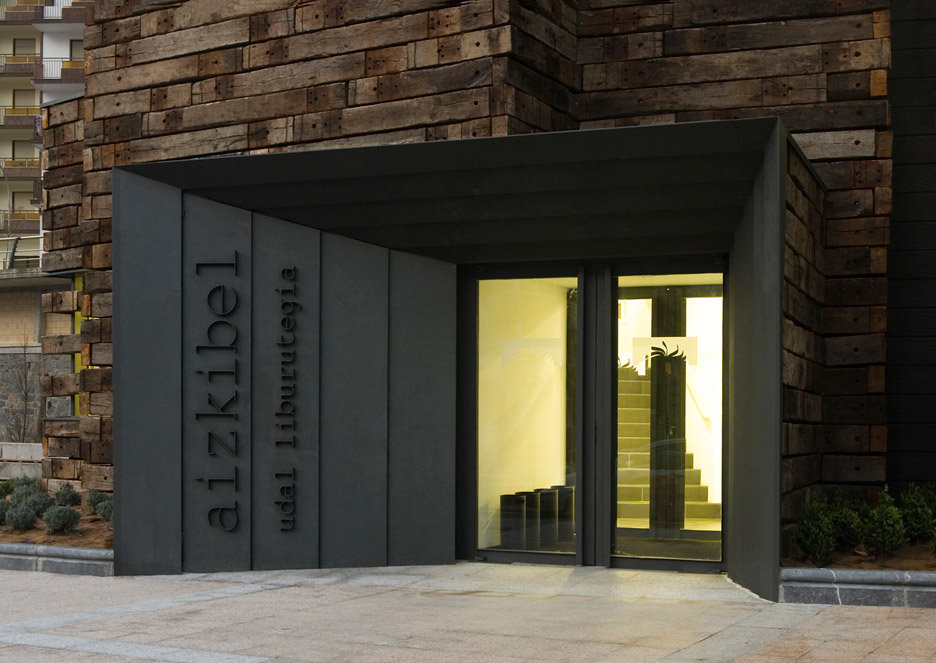 Windows and terraces to the south side of the extension overlook a lengthy boulevard where the train tracks once stood. 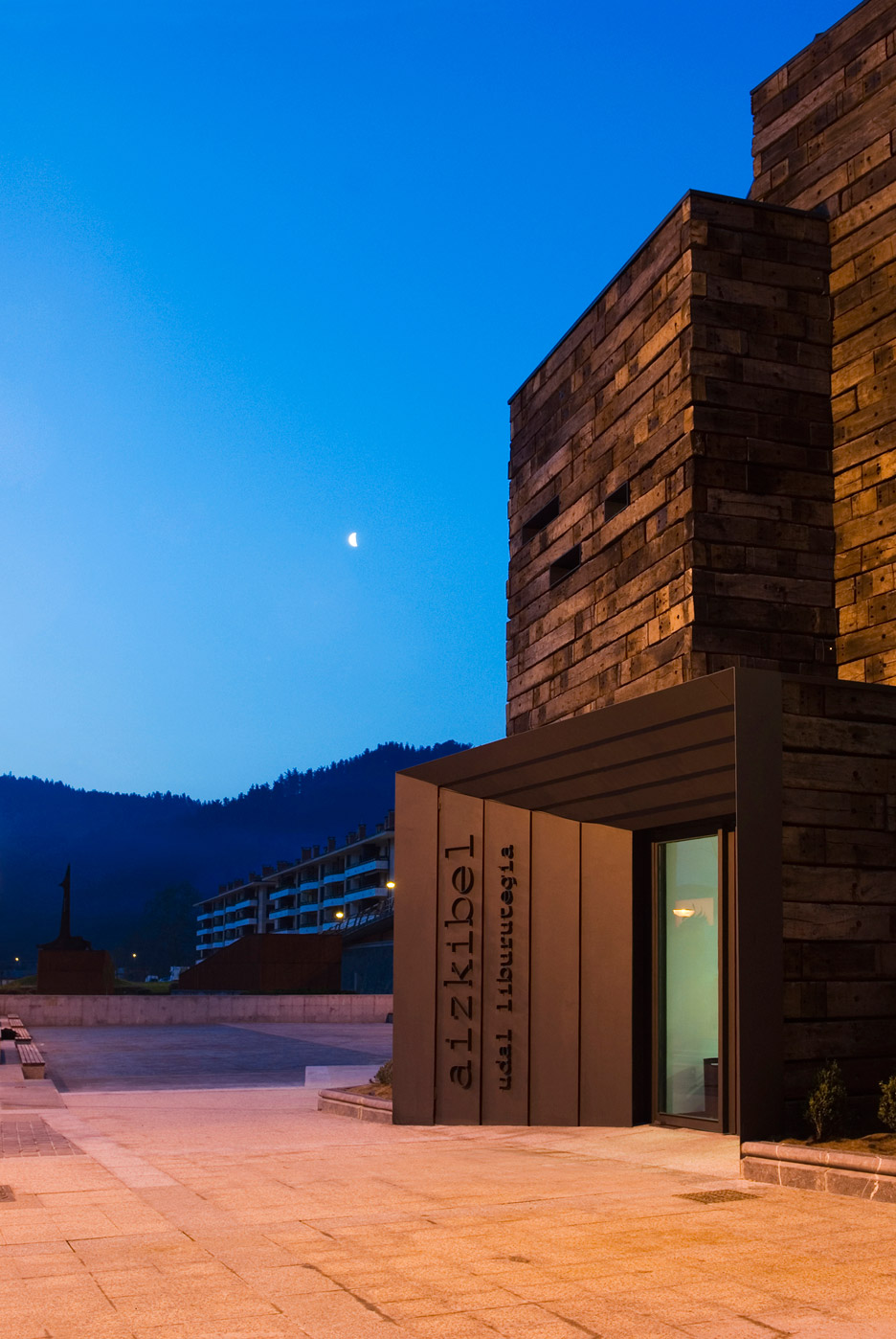 “The use of the aged wood as the facade materials makes it possible for the architecture and park to relate, precisely since of its organic problem,” added the architects. 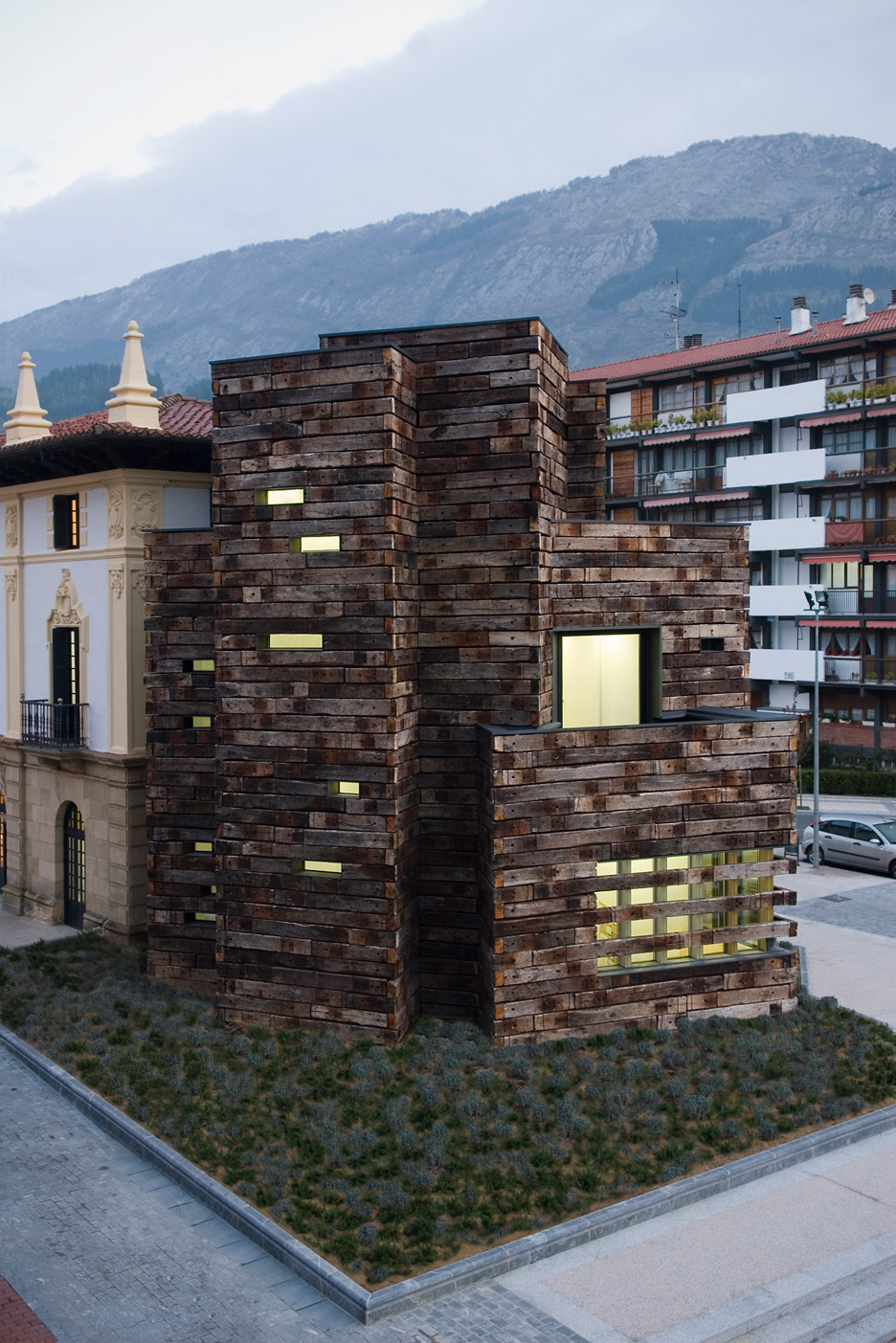 Photography is by Jon Cazenave.