This complex of interlocking white buildings was designed by Elsa Urquijo Arquitectos to house the different activities of Spanish social charity Padre Rubinos . 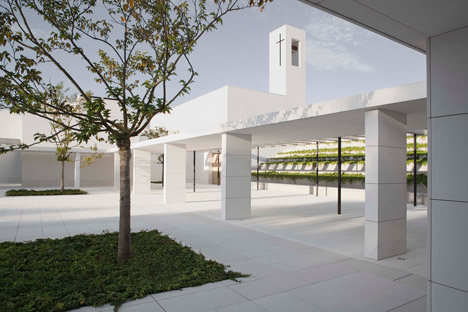 Spanish studio Elsa Urquijo Arquitectos designed Padre Rubinos Complex in A Coruña, a city on the north-west coast of Spain. The charity, Padre Rubinos, was founded in the city almost a century ago to provide social services for the community.

The white-rendered buildings of the complex occupy a 16,000-square-metre site and include a nursery school, sheltered accommodation for the elderly and homeless, and a chapel with a bell tower. 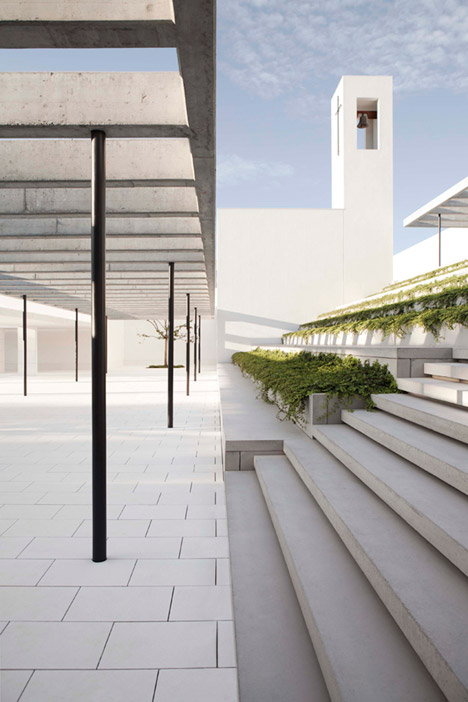 “The construction is conceived as a shelter, a serene space, unpretentious and [designed] to endure,” project architect Xavier Loureiro told Dezeen. “It is space that revolves around those individuals in need.” 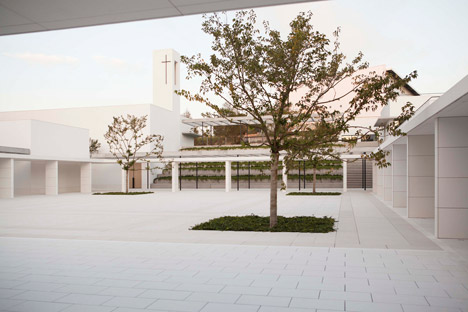 Flat-roofed buildings of varying heights frame a central courtyard. A portico surrounds the buildings and the courtyard, creating a connection between the main square and the different areas of the complex. 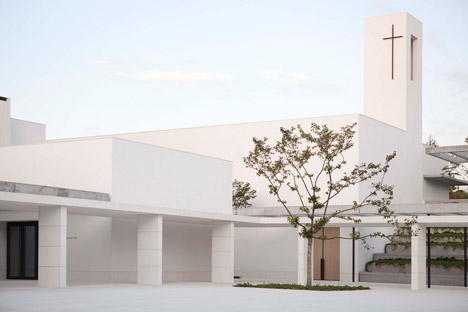 Large sections of glazing in the facade provide entrance points and lighting for the interior spaces. “It seeks to strengthen the visual continuity between interior and exterior,” said the architect.

The use of covered walkways is intended to reference the cloistered design of historic religious buildings, and echo the charitable and religious purpose of the structure. 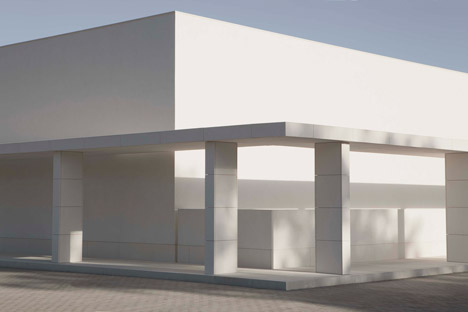 The portico is made up of stacked slabs, rather than continuous masonry, to give the site a more human scale and provide comfort for visitors approaching the huge complex.

“The use of horizontal lines arises from the search for peace and relaxation, creating a sequence of measured and ordered spaces,” said Loureiro. 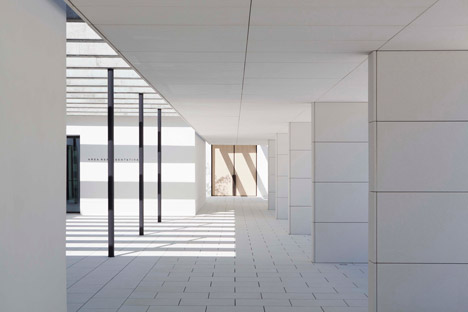 At the rear of the paved courtyard, the ground steeply inclines with terraced planting and steps leading to a segment of the complex built above the level of the main square. A bell tower with a simple crucifix affixed to the facade is built into the slope. 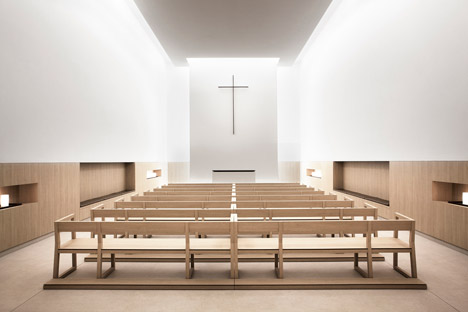 A set of wooden double doors off the courtyard leads into the chapel below the bell tower.

In contrast to the stark white and block-like exterior of the complex, the interiors are clad in warm-toned wood and neutral-coloured flooring designed to add “humanity, serenity and warmth” to the space. 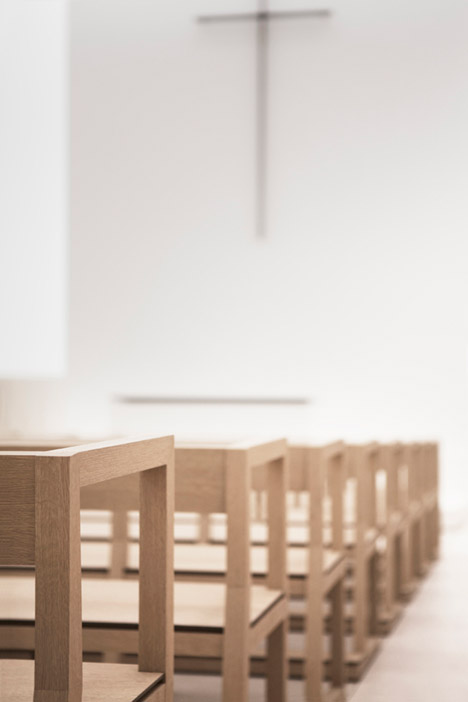 The chapel has pale wooden pews and a section of paneling along the lower parts of the walls. Recesses in the walls form overflow bench seating for the congregation.

Circulation corridors in each of the buildings have wood-lined alcoves with coat hooks and cubby-holes for storage. 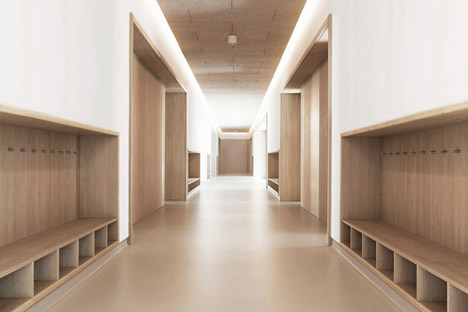 The largest proportion of the Padre Rubinos Complex is taken up by a nursing home for the elderly, to the right of the central square. Living rooms and treatment areas are situated across the ground floor of this building, while residents’  bedrooms are on the upper two floors. 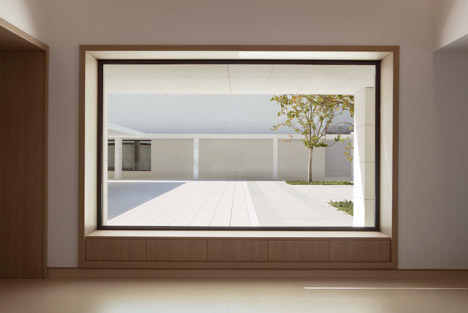 A nursey school is set on a single floor of the wing opposite the nursing home, with a narrow terrace in between. The nursery is positioned to form a connection between the different generations that use the space.

“A visual and symbolic relationship to the common areas of the nursing home was sought so that both generations can relate and bond,” said the architect. 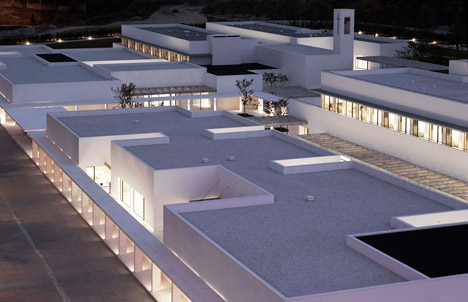 The left-hand side of the complex is given over to a homeless shelter with a dining area and socialising rooms on the ground floor, and bedrooms on the first floor.

Accommodation for the sisters who run the services and offices that form the headquarters for the charity are housed in the blocks surrounding the shelter.

Accessorizing Your Wedding Dress with Micaela Erlanger from Pronovias Masterclass