The collaboration began when Thebe Neruda Kgositsile, AKA Earl Sweatshirt, noticed a video that Johnson had directed for fellow rapper Isaiah Toothtaker. 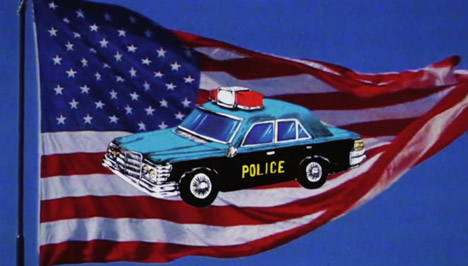 Kgositsile and Johnson exchanged concepts before deciding on “an animated Ralph Bakshi-esque video” – referring to the fashion of the cult American director accountable for infamous 1970s grownup animation Fritz the Cat, and a 1978 cartoon version of The Lord of the Rings. 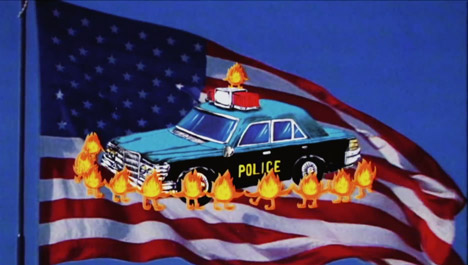 Spending about a month on the project, Johnson worked in partnership with animator Alex Barrella, sharing thorough storyboards and character suggestions more than e-mail. 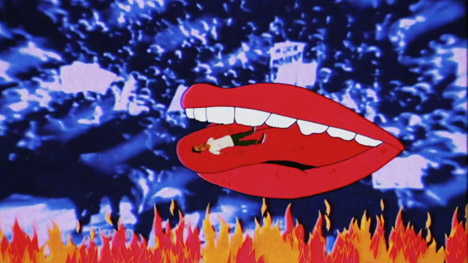 The movie opens on quintessential American imagery, with footage of the Stars and Stripes flag overlaid with an animated depiction of a police car in flames. 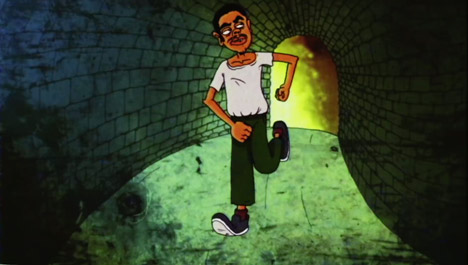 “I attempted to convey how I felt about the song and its tone without it being a narrative storyline that follows what Earl was saying,” Johnson told Dezeen. “That currently being mentioned I did tie in small pieces that followed some lyrics, but I did not want it to affect the loose, chaotic storyline.” 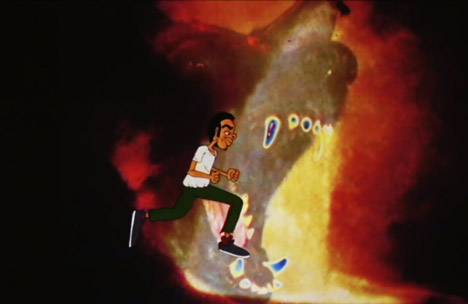 The film continues to juxtapose located footage with animation, exhibiting the rapper becoming swallowed by a disembodied lipsticked mouth just before a subway train bursts through the background.

Sudden animated explosions are spliced with footage of flames, and the film’s protagonist is proven currently being chased by a giant puppy before taking element in a fist fight. 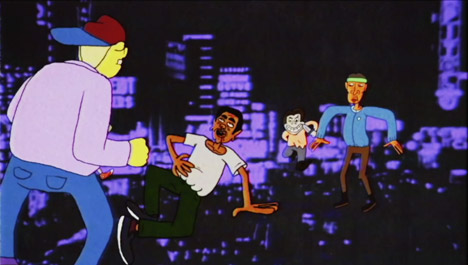 The closing scene of the movie shows the demonic pig-like encounter of a policeman laughing into the camera. 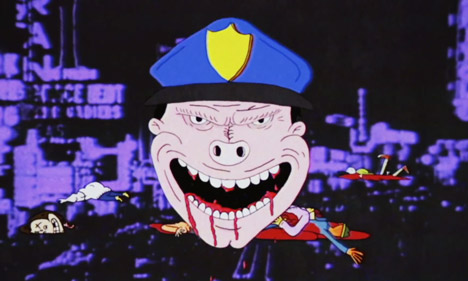 “The song and the total album is quite dark to me,” Johnson said. “I wanted to match the tone and a surreal nightmarish landscape fit greatest to me.”

“The story is extremely loose, dealing with emotions of depression, frustration and wanting to scream ‘f*** the police’ at the best of your lungs. I experimented with to express that with Earl making an attempt to run out and escape this hellish animated planet with hope of locating some thing much better.” Off Prime is taken from Earl Sweatshirt’s album I Do not Like Shit, I Don’t Go Outdoors, which was launched on 23 March 2015.