Italian designer Moreno Ratti has developed a vase from rings of marble offcuts that are piled up like the pieces in a Tower of Hanoi mathematical puzzle. 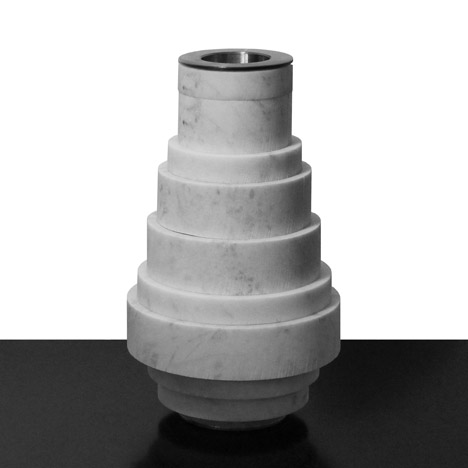 Moreno Ratti’s aNoi vessel is formed about a metal tube, employing the Carrera marble disks to produce distinct shapes up its length.

“I utilised the marble that every day is discarded to make nine Carrara marble rings, minimize with a water-jet machine,” Ratti informed Dezeen. 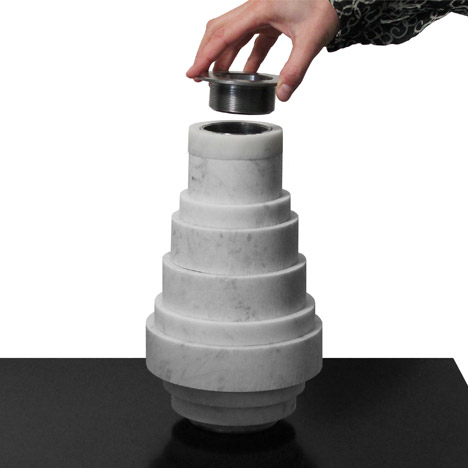 The stacking of rings is reminiscent of the Tower of Hanoi puzzle, invented by French mathematician Édouard Lucas in 1883. 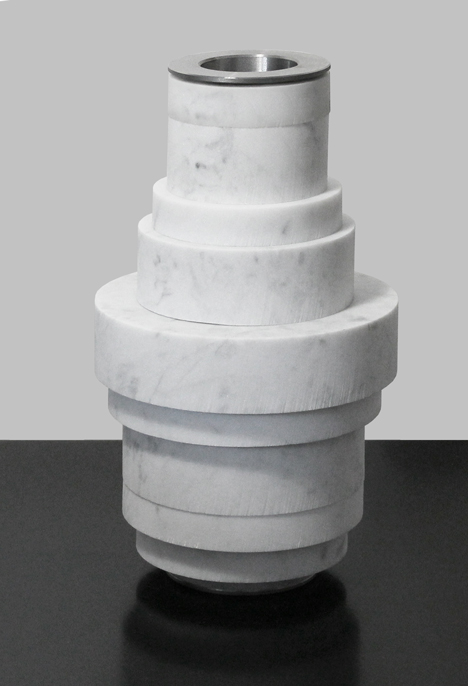 The game consists of 3 rods and a series of disks – every single with a various diameter – that kind a cone form when stacked on the first rod. 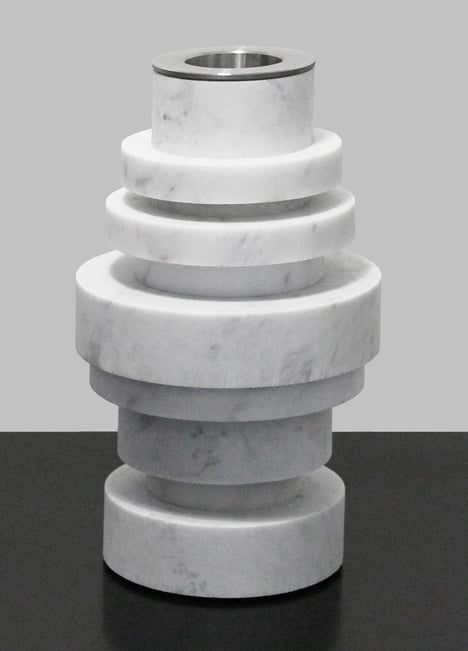 Following a stringent set of guidelines restricting the way the pieces are allowed to stack, the consumer has to move all of the disks from the 1st rod to the third so they sit in dimension order, employing the middle rod as an intermediary. 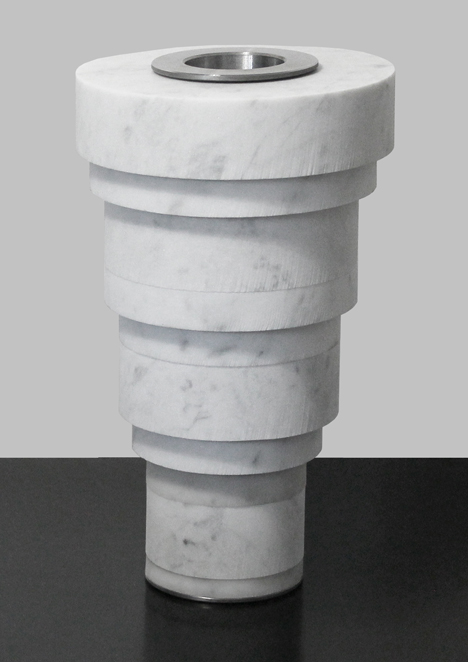 Though only including a single rod, Ratti’s vase style allows consumers to get rid of and substitute the rings in any buy they pick. 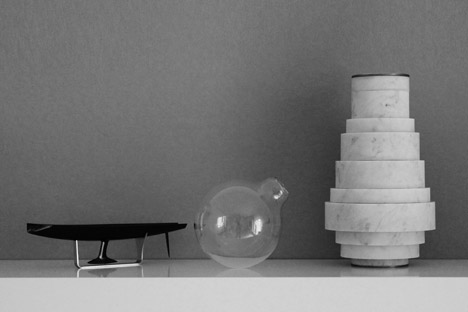 “You can produce various shapes, based on the order in which you have the rings,” mentioned Ratti.

The rings measure both two or 4 centimetres deep, and every has a various diameter. 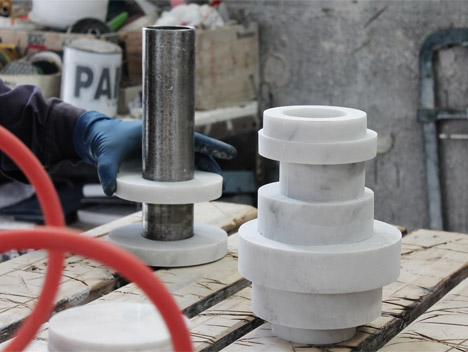 As soon as stacked in the favored buy, a metal cap screws onto the best to safe the rings in location but nonetheless enable items to be positioned inside the tube.

Ratti’s other marble patterns include a vase that is completed by smashing off its edges with a hammer, and a collection of goods created from discarded tiles – the two made with Paolo Ulian.