This 18-metre-substantial light set up was produced by Dutch designer Dennis Parren for the Lowlands music festival in The Netherlands (+ film). 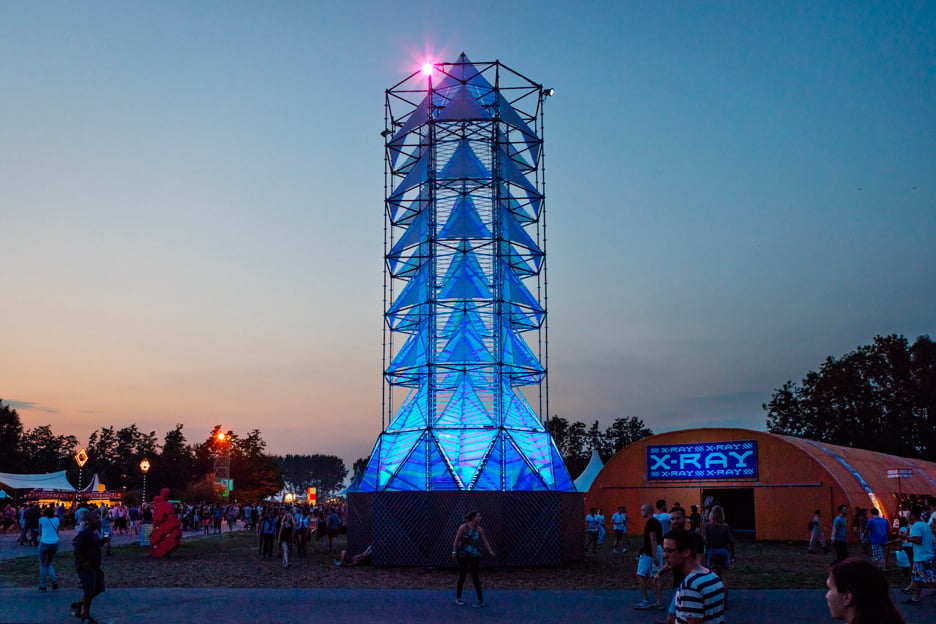 Built from a metal scaffolding framework and covered in evenly spaced steel cables and triangular material panels, the Lift tower was created to perform as a central meeting point for the three-day festival’s 48,000 revellers.

A computer-controlled platform housed at the centre of the structure utilized 4 LEDs to create more than 1,000 watts of light, and moved up and down the middle of the tower to produce shifting light and shadow effects on the external panels. 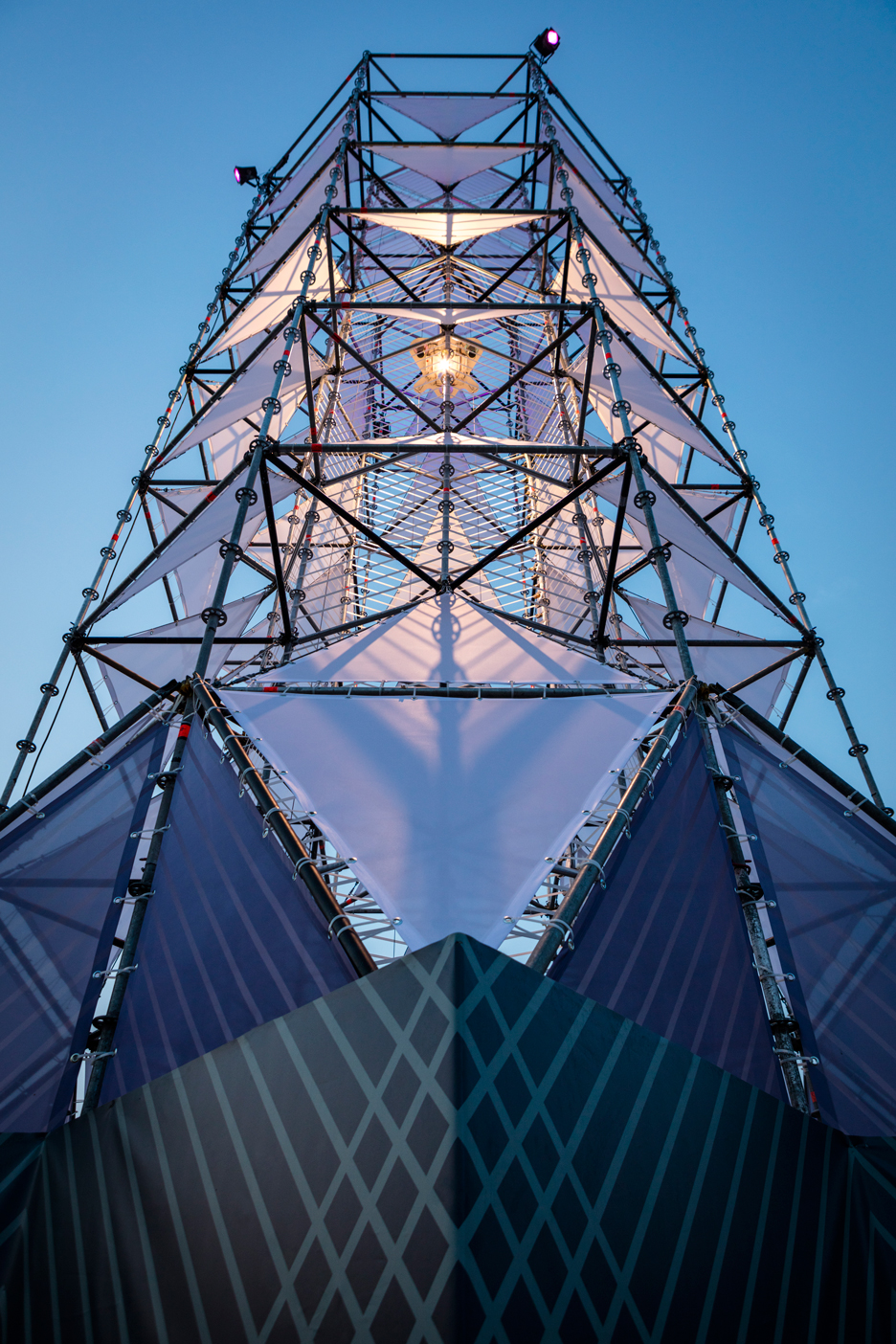 Taking all around a week to complete, the venture came with a set of distinct challenges in accordance to Parren – from the security of the festival-goers, to the structure’s ability to stand up to weather circumstances. 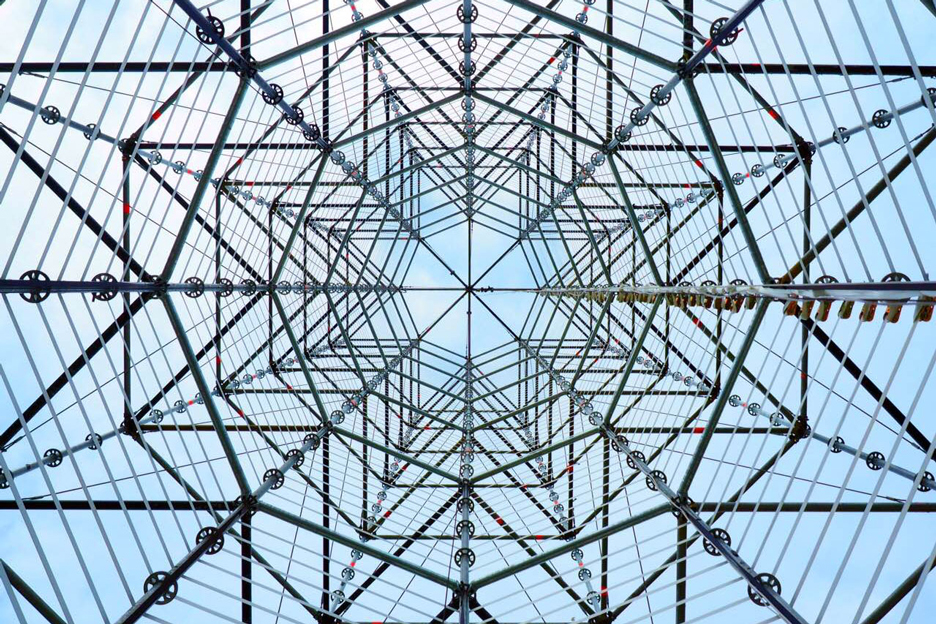 The central platform’s LEDs necessary to be nicely ventilated, as well as protected from the damp to make sure the sculpture even now worked in wet circumstances.

“The LED platform had to ready to move, be rigged very precisely, be programmable, calibrated to the construction, and emit sufficient light to guarantee that we would have sharp coloured shadows on the banners,” the designer explained. 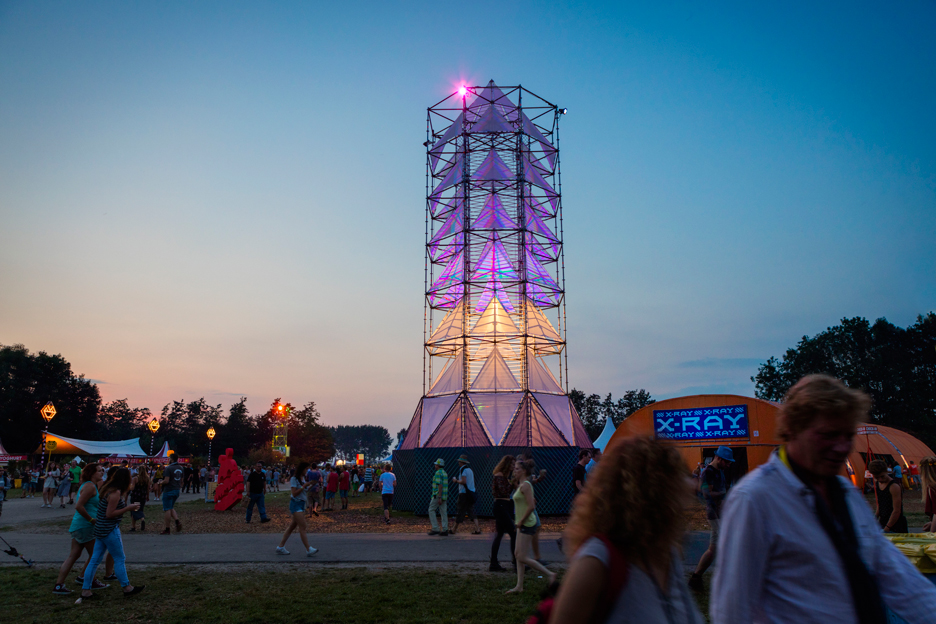 “We’ve tested this in our studio beforehand, as discovering vibrant lights is not a issue, but producing sharp coloured shadows is.” 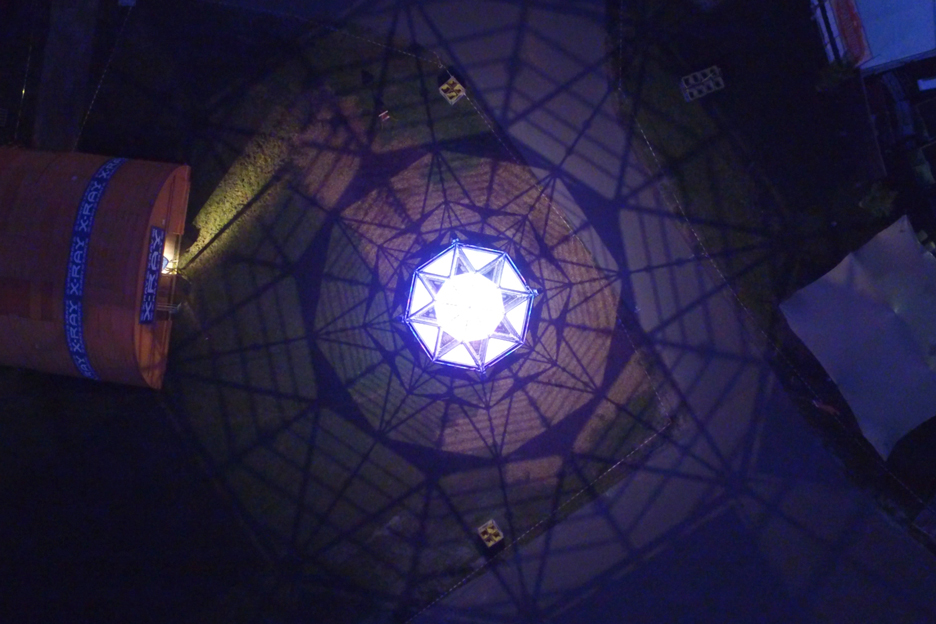 Lowlands festival director Eric van Eerdenburg was originally intrigued by Parren’s CMYK light bulb – which combined a white light source with coloured LEDs to cast shadows in cyan, magenta and yellow – and commissioned the designer to develop something comparable on a bigger scale. 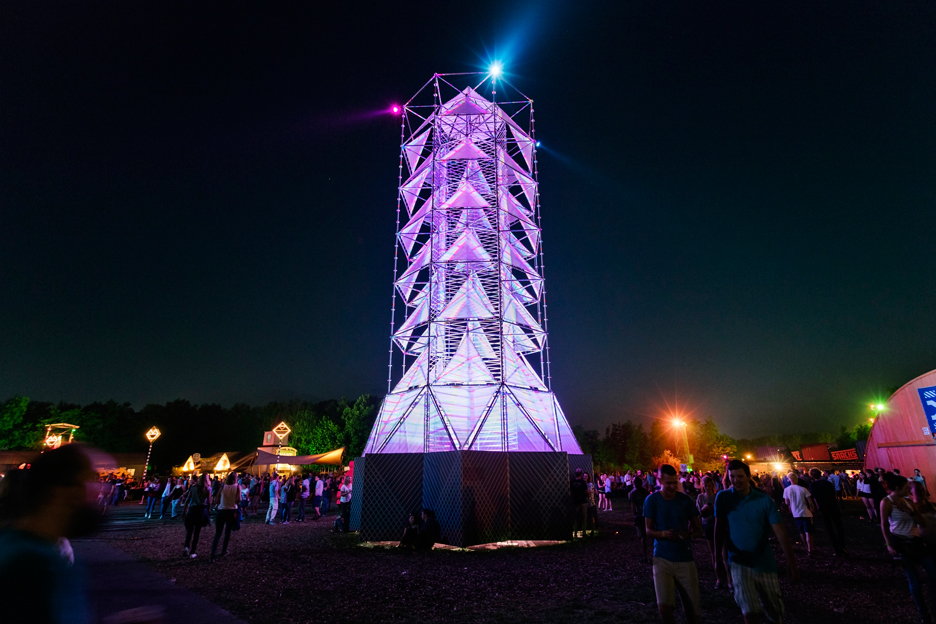 “With this we proceed to inform stories about light and how magical and mysterious it is,” Parren stated. “Most people will not feel about light, most even don’t know how light functions, or know why the sky is blue, or that the sunlight is construct up out of multiple colours.” 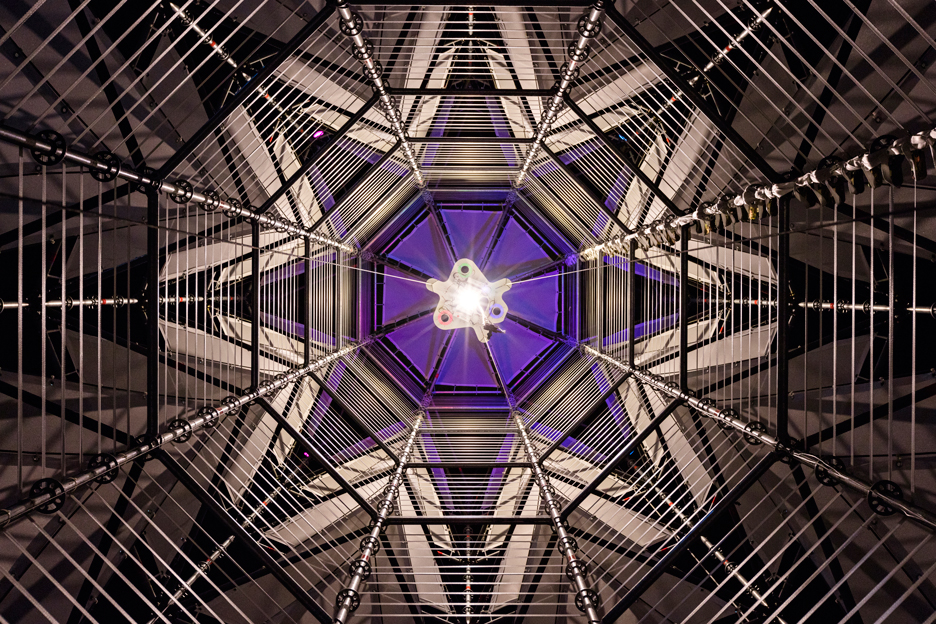 “This tells the story of the CMYK lamp to a whole new audience,” he added. 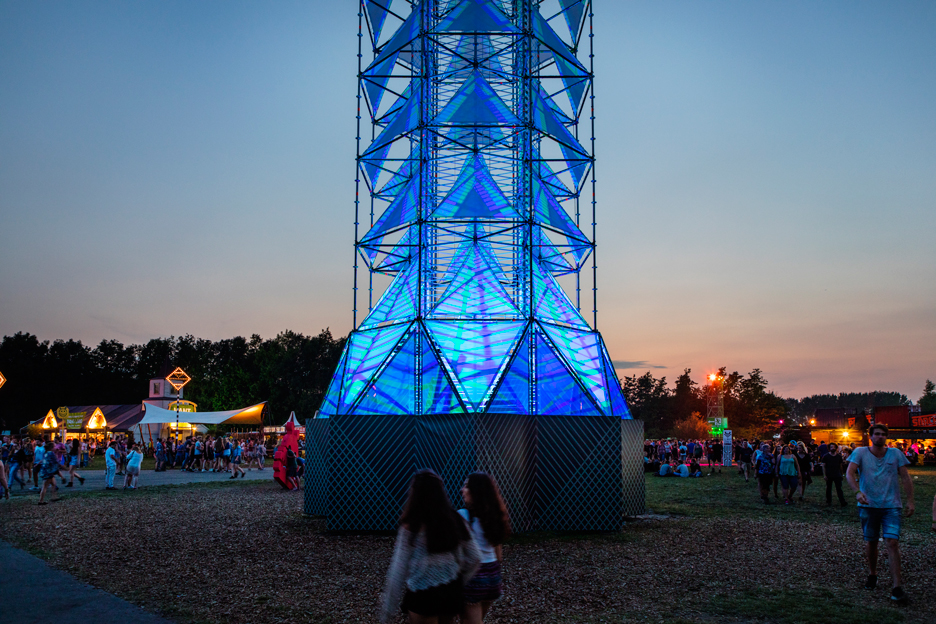 Although the structure has now been disassembled, Parren informed Dezeen it could be rebuilt yet again at up coming year’s Lowlands, or an additional music festival. 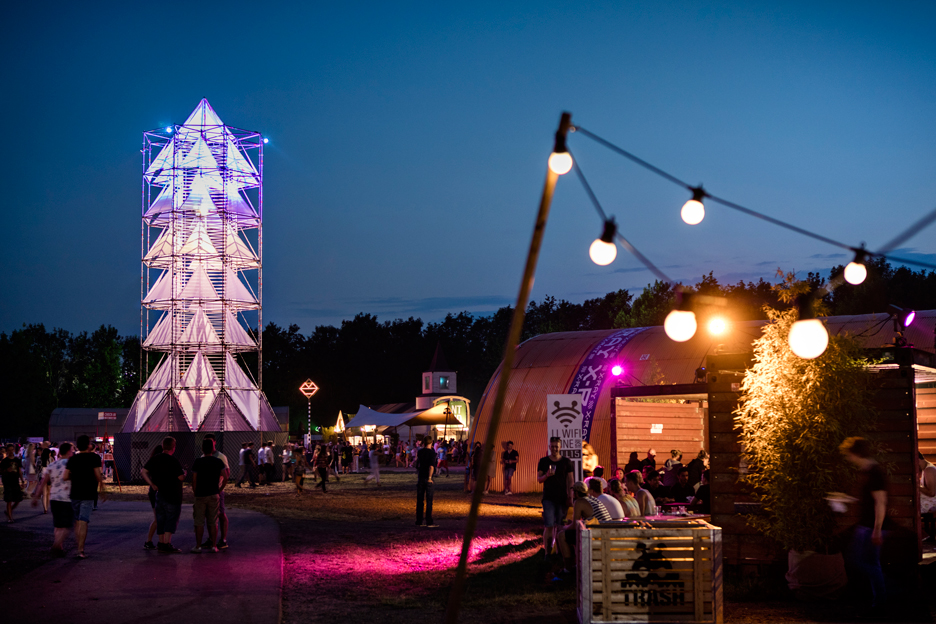 Austrian arts collective Neon Golden mixed light and motion in an installation that mimicked the movements of fireflies, while Dutch designer Daan Roosegaarde’s Waterlicht set up employed LEDs to produce wavy lines of light that would give the impression of a “virtual flood”.

28 Unique Metal Headboards That Are Well worth Investing In