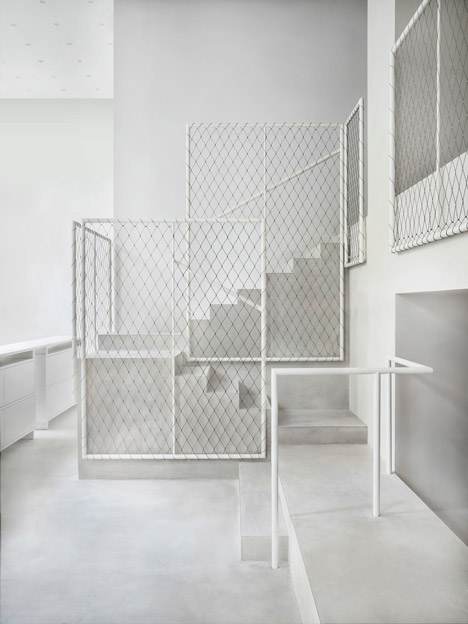 The 500-square-metre flagship showroom at 8 By way of Borgogna opened yesterday to reveal the minimal style by David Chipperfield, whose part at Driade was announced final November.

Spread across three staggered floors, the all-white space gives a neutral backdrop for the brand’s decorative and colourful products, by designers including Philippe Starck, Ross Lovegrove and Fabio Novembre. 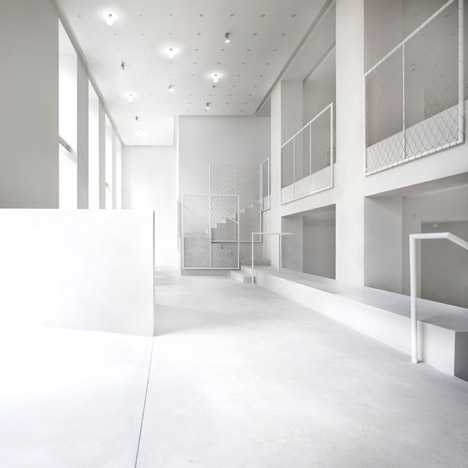 “The vibrant, open space allows interplay amongst the merchandise as they seem in an alternating sequence of iconic classics and the latest additions to the line,” said a statement from Driade. 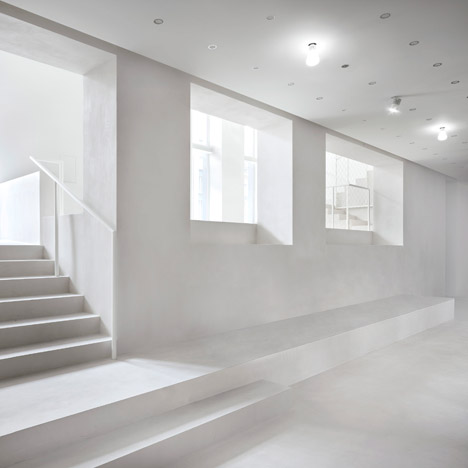 Guests enter by way of a door in the large glass shopfront, arriving at the middle level a extended thin space running parallel to the street that is illuminated by big windows. 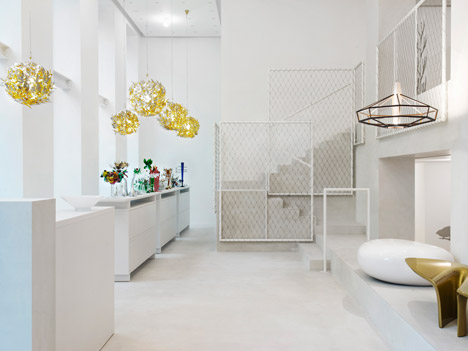 Tiny merchandise are showcased on white cabinets beneath the windows, while pendant lights hang from the ceiling. 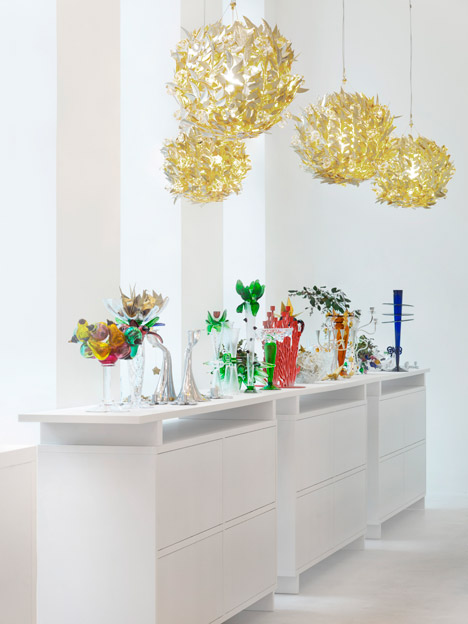 Larger objects are displayed on a low plinth that extends from the second step of a staircase, which alterations direction twice ahead of reaching the upper floor.

The stairs and balconies that look down from the prime level are guarded making use of panels of diamond-patterned wire mesh, stretched across rectangular metal frames. 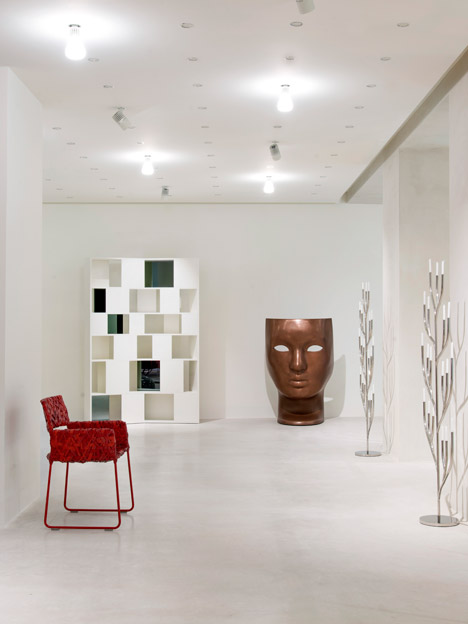 From the entrance, a wide flight of stairs also leads down to further display spaces on the lowest floor – tucked under the top floor.

Big openings in the walls let glimpses of the merchandise on show downstairs from the central level. 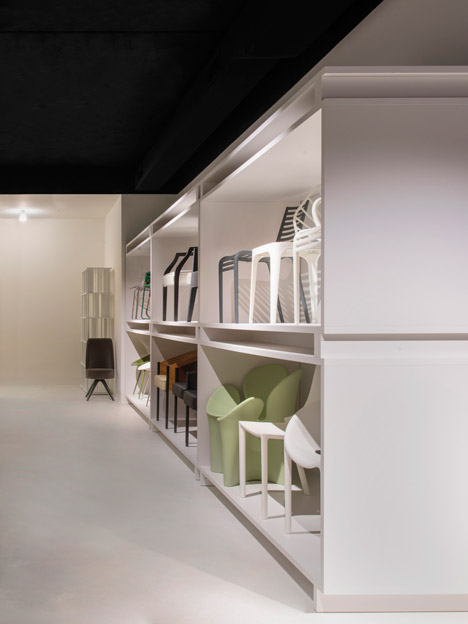 His design and style for the showroom marks the relaunch of the brand, which aims to merge its previous style with a pared-back aesthetic. 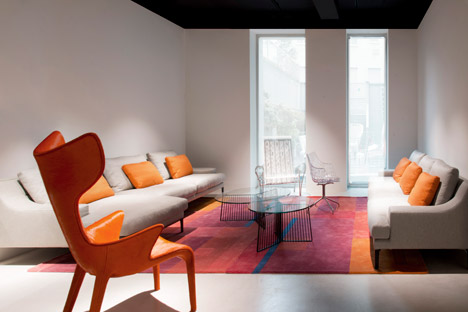 “The purpose is for this showroom to be the ultimate embodiment of Driade’s identity,” stated the brand’s CEO, Stefano Core. 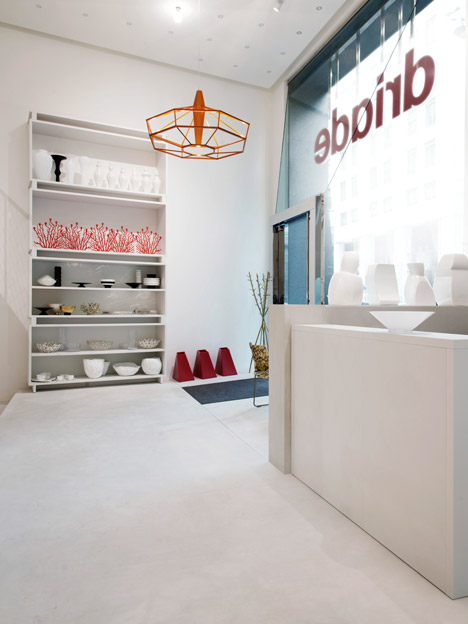 “It is more than just a shop: it is a genuine exhibition gallery. It was crucial to have a venue to represent us and this is just the 1st step on a journey that the organization has begun.”

Dezeen Book of Interviews: David Chipperfield characteristics in our new book, which is on sale now 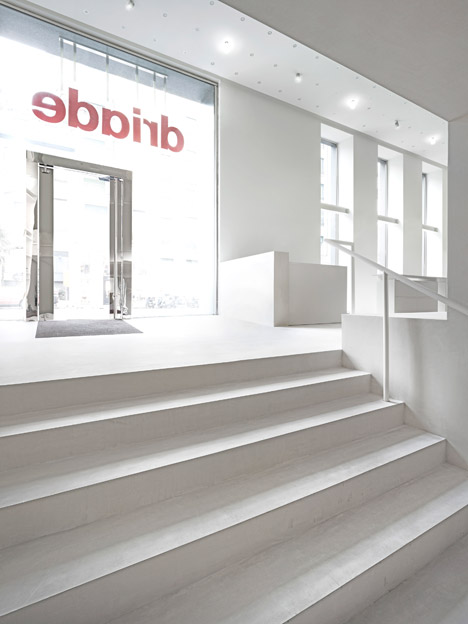 Chipperfield is also presently operating on the renovation of Mies van der Rohe’s Neue Nationalgalerie in Berlin, even though his museum and gallery complicated in a converted steel factory in Milan is nearing completion.