Dutch designer Daan Roosegaarde has developed a lighting set up that resembles the aurora borealis above a flood channel of the Netherlands’ River IJssel .

Dubbed “the northern light of the Netherlands” by Studio Roosegaarde, the Waterlicht set up is developed to develop the impression of a “virtual flood” and will debut this evening at the location close to Westervoort. 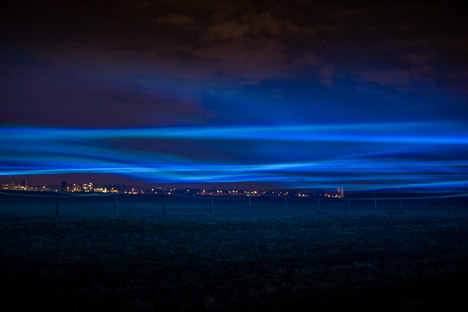 The waving lines of light spread across 1.6 hectares bear a resemblance to the northern lights – the all-natural phenomenon developed when charged particles enter the Earth’s ambiance – when viewed from beneath.

From the surrounding dykes, the blue LEDs create the impression of water where it would be if the defences weren’t in spot. 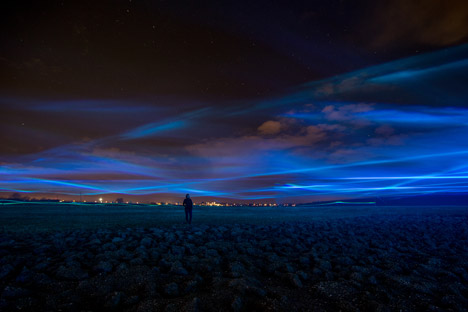 “Walking on the dyke the light lines are perceived as substantial water, as soon as in the flood channel you discover your self in an underwater globe,” explained Roosegaarde.

“By including – aside from the most current LED-technological innovation – encounter and perception, we generate a virtual flood,” he added. 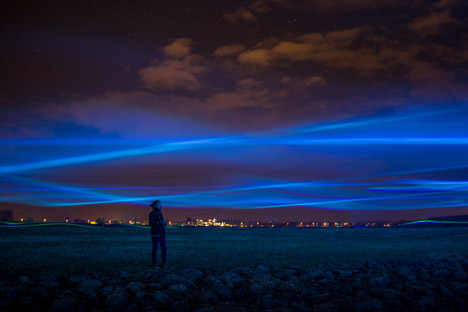 The LEDs are projected through lenses to target the light. The sources are installed around the periphery of the area, positioned so the beams criss cross in midair as they gradually move up and down – powered by motors.

Waterlicht was developed in partnership with Dutch water board Rhine and IJssel to increase awareness that large places of the Netherlands lie under sea degree. 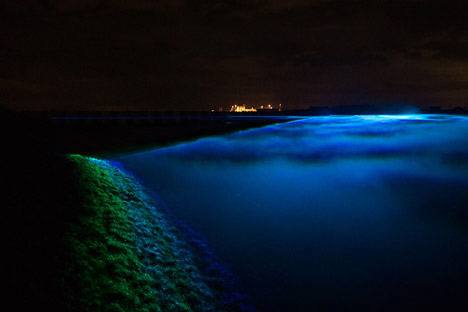 “In Waterlicht men and women encounter what the Netherlands would search like without its dykes,” said water board chairman Hein Pieper. “Awareness is vital, simply because the Dutch (water)artworks need to have every day servicing and our national water awareness is the foundation of that upkeep.”

Following this evening’s preview, Waterlicht will be visible between 19:30 and 22:00 from 26 February to 1 March. 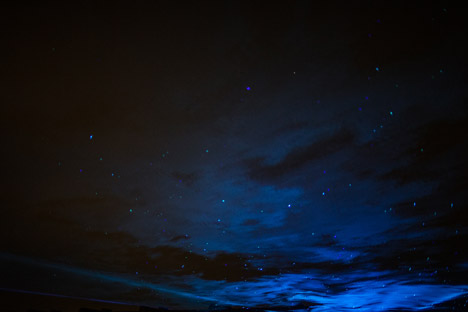 Staff from the water board will be on website during these times to clarify about the protective earthworks.

Roosegaarde has finished a selection of light-primarily based installations in his property nation. Last yr, he illuminated a bike path with patterns based on Vincent van Gogh’s painting The Starry Evening and turned an arc-shaped area of Amsterdam’s Centraal Station into a rainbow.