This concrete painting studio by Santiago studio Felipe Assadi Architects is half-submerged in the cliffside gardens of a house on the Chilean coastline . 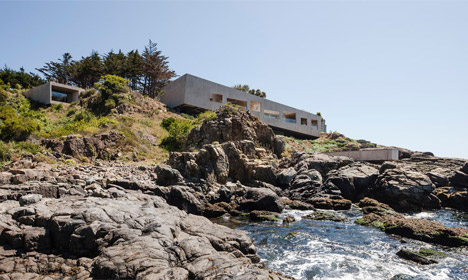 Felipe Assadi worked with architects Francisca Pulido and Alejandra Araya on the Workshop for a Painter, which sits beside the owner’s concrete residence on the Los Vilos coastline near Santiago.

The architects – who also developed the painter’s primary residence, known as Casa Bahia Azul – encased the studio in the very same board-marked concrete as its neighbour. 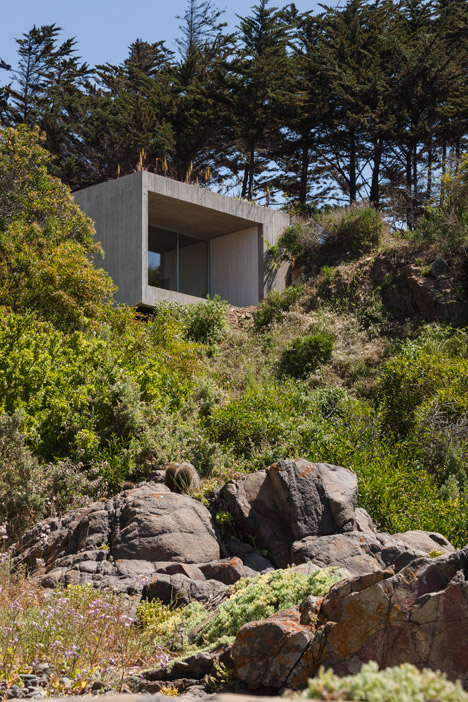 Planting and an area of decking on the roof of the half-submerged volume make it almost imperceivable from inland, but it tasks a glazed patio out of the cliff in direction of the South Pacific Ocean. 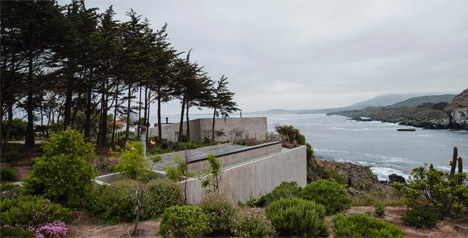 Assadi described it as “a little enclosure that, since of its accession, appears as an extension of the ground.” 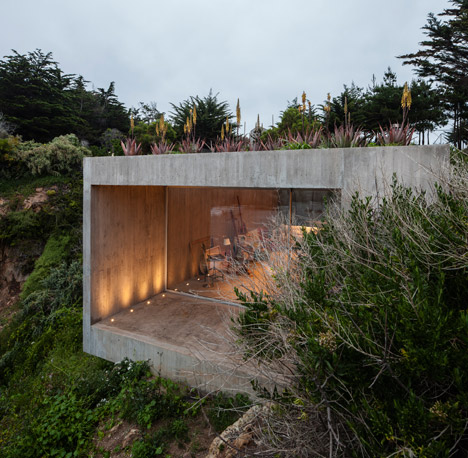 A set of metal stairs descends into the earth in between two flowerbeds and emerges at a small patio by the entrance to the studio.

“The room mediates between the sea and a small interior backyard access, preceded by a narrow staircase carved into the rock,” stated the architect. “It is a tiny retreat from the rest of the buildings.” 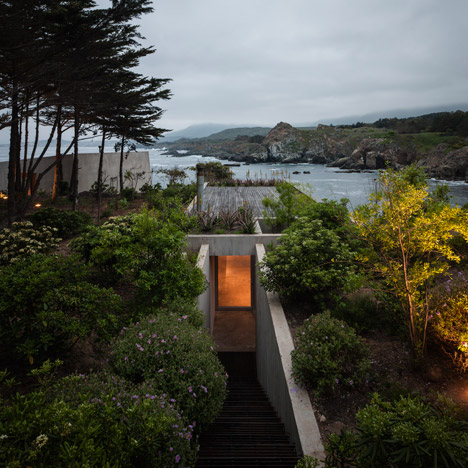 The glazed entrance hems in 1 side of the sunken patio, creating a well that is designed to supply indirect lighting for painting. 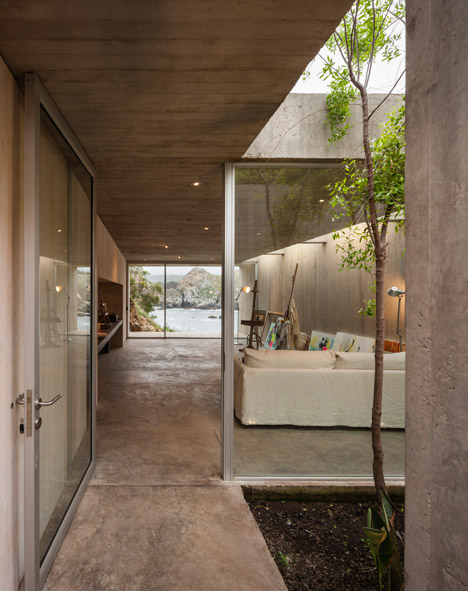 Spindly trees and leafy plants help to further soften the light and blend the concrete and glass construction with its organic surroundings.

At the opposite finish of the studio, a sliding glass wall is set in from the finish of the concrete structure to shelter a small balcony by the edge of the cliff. 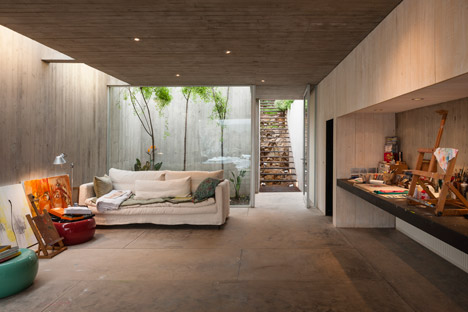 A pale timber unit containing cabinets, a stove and a sink runs along 1 side of the workspace. The planks of timber used to develop the cabinetry resonate with the board-marked concrete walls, which have been left exposed across the interior.

The boxy form contrasts the diagonal lines of the principal home, which lies at a slant along the shoreline and features a series of skewed windows that accentuate its off-kilter angle. 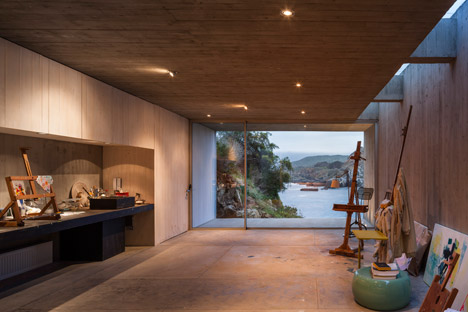 Felipe Assadi and Francisca Pulido previously collaborated on a timber holiday property that is perched on a hillside over a remote valley in Chile.

Additional up the coastline, a holiday residence by Victor Gubbins also characteristics board-marked concrete walls, but sits proud of the clifftop on a concrete podium.