Competitors: Dezeen has teamed up with Gothenburg-primarily based Studio Esinam to give readers the chance to win its newest monochrome prints displaying elevations of iconic structures in London.

Studio Esinam has added prints of architectural elevations in London to its Landmarks and Elevations assortment, which at the moment includes Tokyo, Berlin, Paris, Brooklyn, Stockholm and Gothenburg. 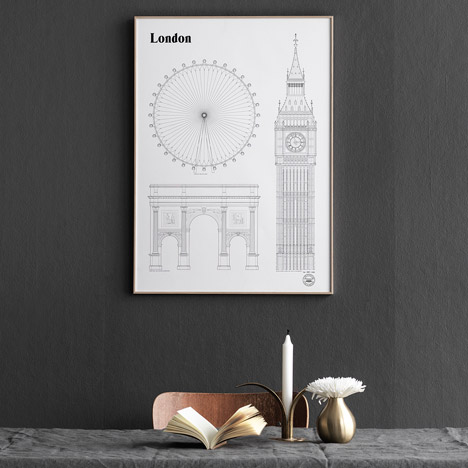 Thorough line drawings are utilized to represent each and every of the buildings and structures, which studio founders Josefine Lilljegren and Sebastian Gokah feel typify the Uk capital.

“When making the prints we are in a way seeking for the character or soul of the city’s architecture. The special feel to it,” Gokah advised Dezeen.

“Even so we did not really feel that the exclusive character of London was linked to the city’s architectural incoherence but rather rooted in its historical architecture and qualities of scale proportion, materiality, particulars and craftsmanship.” 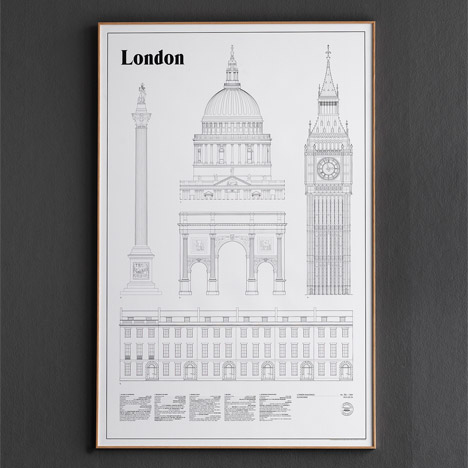 The new Elevations posters illustrates five London buildings. St Paul’s Cathedral, Nelson’s Column and Marble Arch are shown alongside the Elizabeth Tower – which houses the bell named Big Ben – and normal Georgian townhouses that can be identified across the city.

“To us, the story of London is anchored in its historic architecture from the 18th, 19th and early 20th century,” mentioned Gokah.

“When functioning with these prints we looked at the city of London as a innovative process unfolding above time, rather than as a geographical spot.” 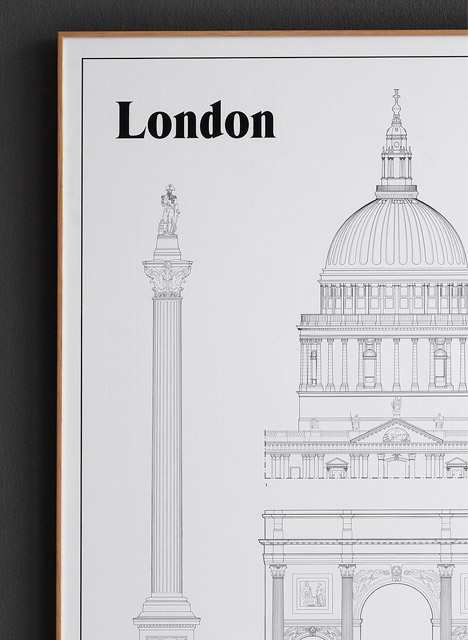 Sized 50 by 70 centimetres, the Landmarks poster comes as an edition of 1000. The more substantial Elevations print – measuring 65 by a hundred centimetres – has been created in the same amount.

The London posters can be purchased along with the other city versions from Studio Esinam’s web site.

Competition closes 2 April 2015. Five winners will be chosen at random and notified by email. Winners’ names will be published in a future edition of our Dezeen Mail newsletter and at the best of this web page. Dezeen competitions are worldwide and entries are accepted from readers in any nation.