London Design Festival 2014: Custhom has created a new upholstery textile based on the variety of forms found in the architecture of the Hayward Gallery on London’s Southbank (+ movie). 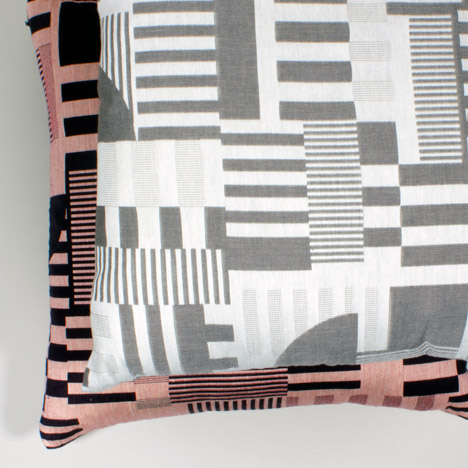 Custhom, the London studio founded by two former Royal College of Art students Nathan Philpott and Jemma Ooi, have based their latest textile design on the Hayward Gallery, a classic of the Brutalist architecture movement that forms part of the Southbank Centre complex and was completed in 1968. 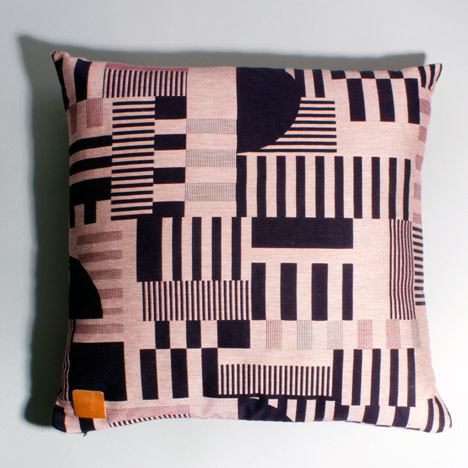 To create Hayward, the designers reinterpreted the shapes of the concrete building – designed by a group of young architects that included Dennis Crompton, Warren Chalk and Ron Herron – in a 2D pattern of grids and solid blocks. 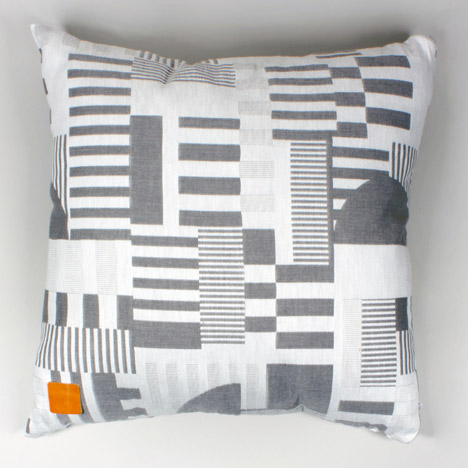 Philpott and Ooi said they wanted to “capture the shapes and variety of forms that emerge as you walk around the building, the dynamism and non-repetitive nature of the composition”. 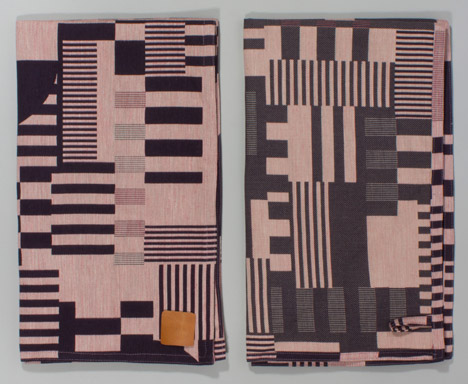 The fabric is made from a woven cotton and flax mix and produced by a traditional British mill, that has been operating since 1720. 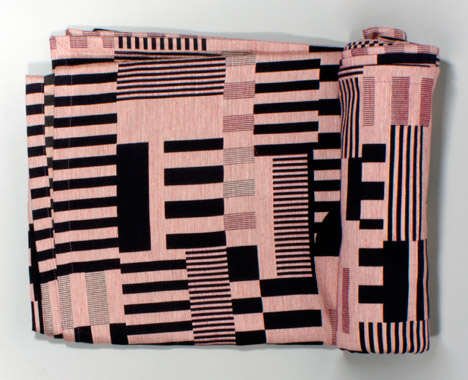 “The decision to express the design as a woven fabric lay in the process,” explained the designers. 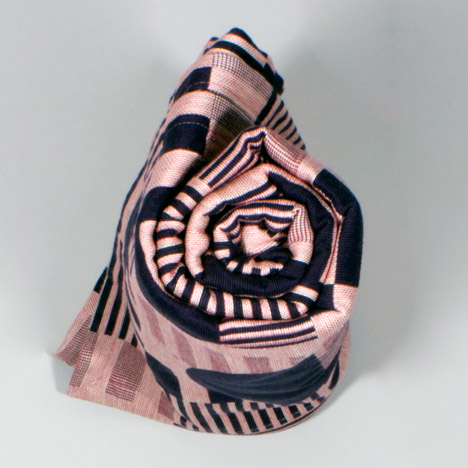 “As Brutalist buildings were designed with strong geometric forms, it seemed apt that the designs should be created in a similar way, using the warp and weft to form pattern through a grid system; the contemporary digital pattern given depth, while retaining its precision, using a traditional process.” 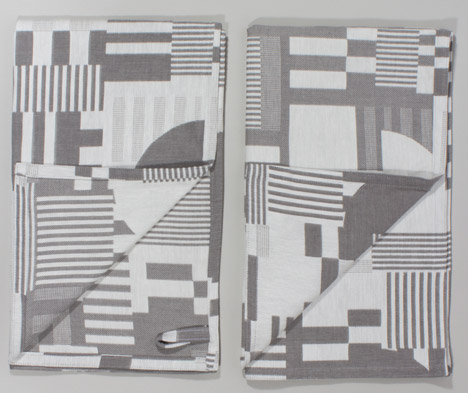 For last week’s London Design Festival, the duo used the fabric to create a limited range of kitchen items including aprons, table runners, tea towels and a throw, for Brompton Food Market. It was also used to upholster a special edition of the iconic D.270.2 armchair by Italian architect Gio Ponti in a collaboration with furniture brand Molteni&C. 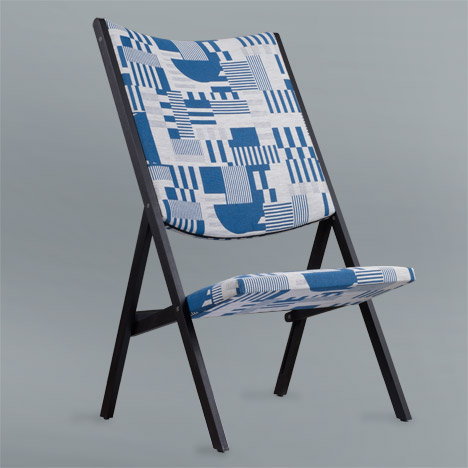 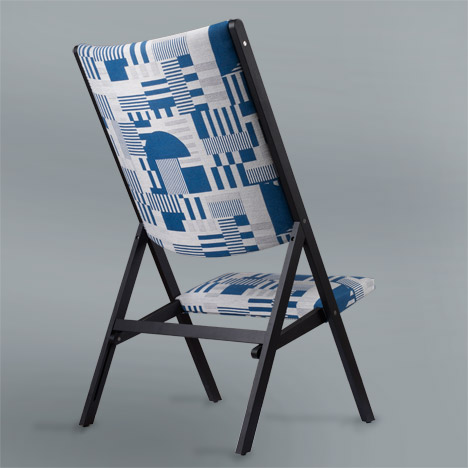 The studio’s work is produced exclusively in the UK with British craftspeople.

Setting Up Examples Of The Russian Design Studio Hot Walls

Pratone Lounge Chair by Gufram- The Ideal Spot To Get rid of Keys And...