This glass-fronted residing area and surrounding backyard have been extra by New South Wales firm CO-AP on the rooftop of a house in Sydney’s Darlinghurst . 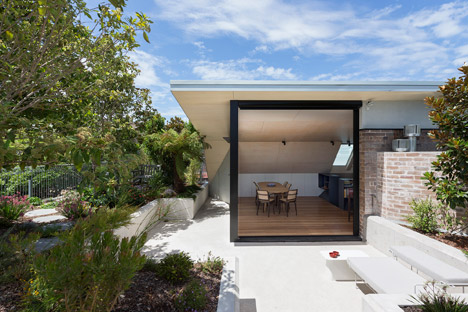 Featuring a faceted timber-lined roof and several large-scale windows, the pavilion-inspired structure provides a living room for a new penthouse residence formed by the consolidation of 4 flats on the level below. CO-AP named the project Darlinghurst Rooftop after the suburb exactly where it is located. 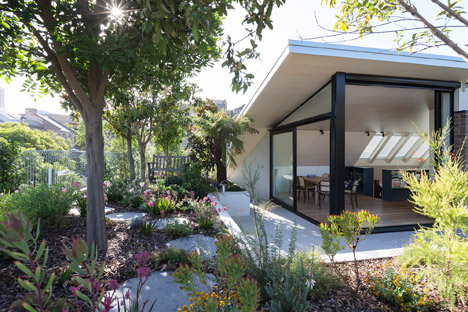 “Our client approached us shortly soon after obtaining the properties in 2007,” explained architect Will Fung. “They saw the prospective to have a new rooftop residing space and elevated garden overlooking the city.” 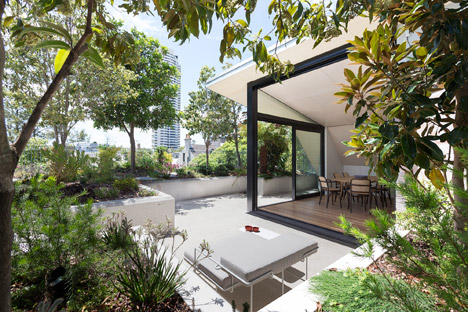 The new roof slopes gently upwards in a series of folds, making an angular ceiling around the lounge space, dining location and kitchen. It also extends past the walls to produce sheltered regions all around the edges of the terrace. 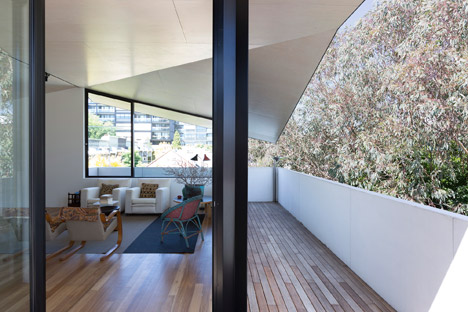 Windows, several of which stretch from floor to ceiling, have been carefully positioned so as to be shaded by the roof when the sun is at its highest during the day. These incorporate one particular wall-sized window that frames views of the city’s towering skyline.

“Barely noticeable from the street, the roof dips on the southwestern side, forming a visor for sun manage,” mentioned the architect. “Glazed factors in the facade have been used thoughtfully and sparingly to accommodate privacy while also curating near and distant vistas.” 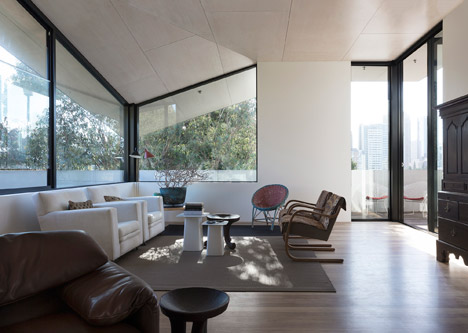 Inside, Blackbutt wood flooring runs during the space, supplying a much richer tone than the pale Hoop Pine plywood that covers the ceilings. Blackbutt was also used for the kitchen joinery. 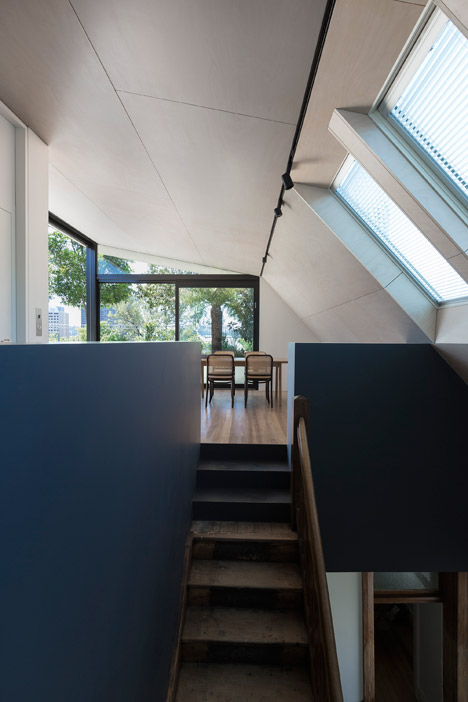 Furnishings contain a variety of mid-century classics, from Hans Wegner’s CH006 dining table to Alvar Aalto’s 413 armchair, along with more modern pieces by designers which includes Leon Ransmeier and the Bouroullec brothers. 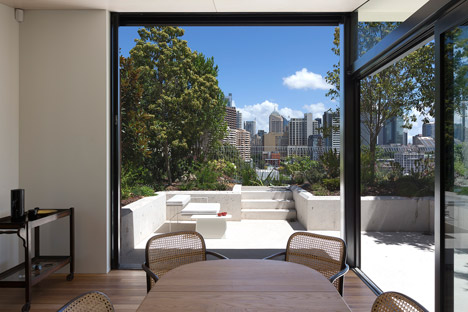 There is also a steel bookcase framing the staircase, which had to be lifted in by crane. 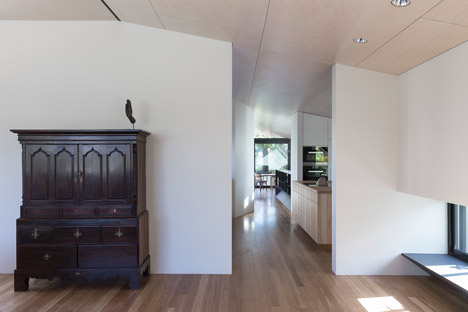 The rooftop backyard was designed by landscape architect Matt Dillion from Verdant Options Australia. At its centre is a concrete patio, which is surrounded by raised beds filled with indigenous plant, tree and shrub species. 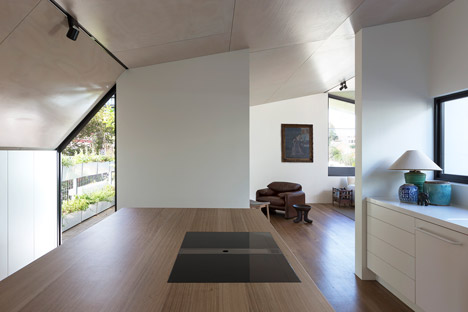 “These had been very carefully chosen for the harsh elevated rooftop conditions,” said Fung. “Above time the plant species will adapt and modify on nature’s terms, making for an ever-evolving garden.” 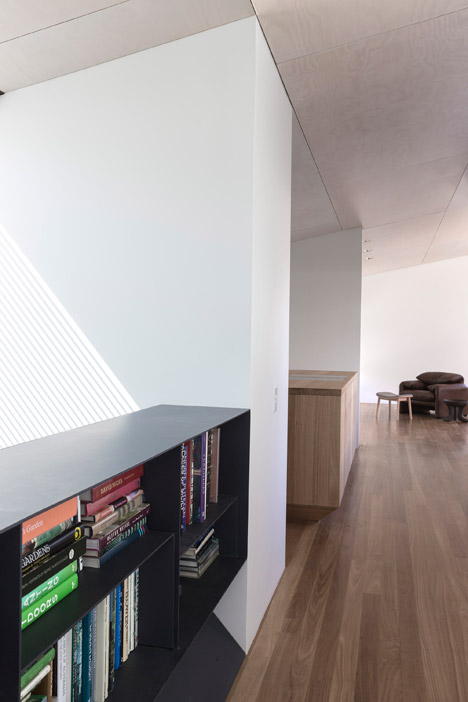 Furnishings outside contain a seat from the Site visitors assortment by industrial designer Konstantin Grcic.

Photography is by Ross Honeysett.

The best of June!