Modelled on 1950s kitchen clocks, Retro Timer features a large hand to mark the hours, while the traditional minute hand has been replaced by a rotating red aluminium disc. The watch is available to pre-order today at Dezeen Watch Store. 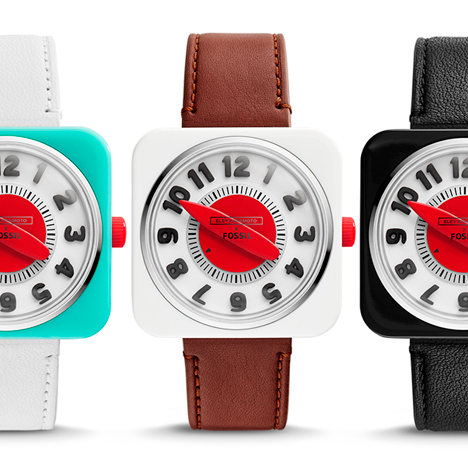 From left to right: Retro Timer in turquoise/white, white/brown and black/black

In order to produce Eley Kishimoto’s design, Fossil had to develop a new kind of watch movement to make the disc rotate independently.

“We started to have a conversation about how we can use the red disc somehow, and then just put a point on the red disc to have it as the minutes,” said Eley Kishimoto co-founder Mark Eley in a video interview with Dezeen Watch Store. “We developed, by happy accident, a new way of telling time.” 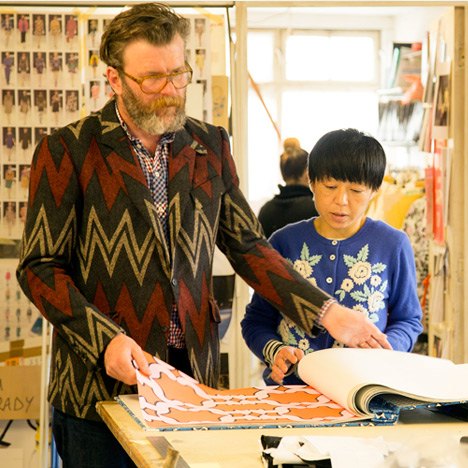 “I got the inspiration from a kitchen timer,” co-founder Wakako Kishimoto explained. “I was just looking at a simple, time-telling machine that has a different mechanism and function.” 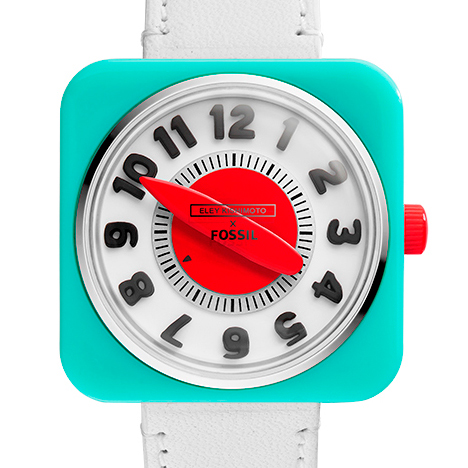 The Brixton-based fashion label was started by Eley and Kishmoto in 1992, and is best known for its womenswear and graphic patterned print work. 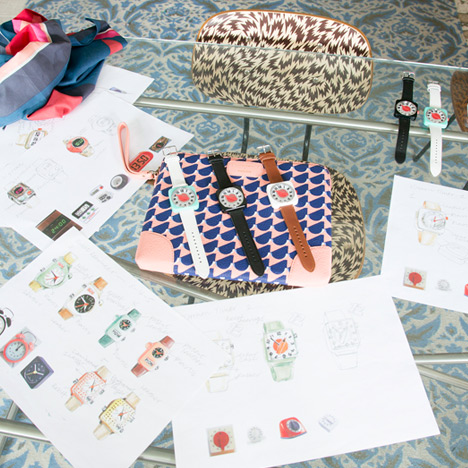 “I think they’ve got an incredibly similar watch to our very original drawing,” Eley said. “They’ve been true to what something from that era would possibly look like.