As seen in its latest fall 2016 campaign too, Versace is currently undergoing some major changes, which will probably lead the Italian fashion house to a new, more independent aesthetics. This idea has just been strengthened by the newly released Versace resort 2017 collection, which perfectly embodies the label and Donatella Versace’s recent contemporary views and approach to fashion. 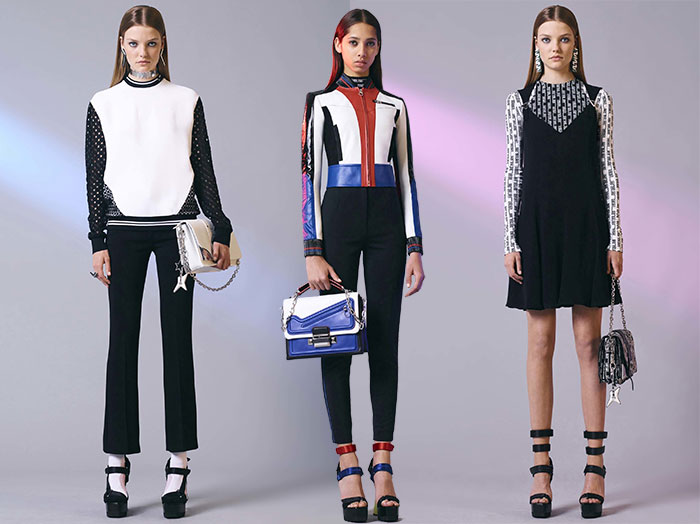 With a style that strongly resembles the designer’s personal looks, this Versace resort 2017 collection might be less conventional as the previous resort line-ups in terms of silhouettes, but nonetheless it does exude equally terrific haute couture and street-style vibes that are just as cozy as covetable.

Although we might not know the exact chronological dynamics of Donatella’s creative process, we do know how deeply connected the resort collection and the fall 2016 campaign are to one another, as both of them were respectively designed and shot in the U.S. While the campaign’s setting are those of Chicago, Illinois, the collection’s lines, cuts and decorations are to be found in all those cities that Donatella visited while taking a coast-to-coast trip across the USA, which served as a major inspiration for this collection.

Donatella Versace’s full immersion in the USA led her to try imprinting the country’s landscapes onto the ensembles, while encouraging us to just be brave and adventurous. That said, we thus also have a reason to fall for all those biker-inspired jackets, trousers and leather finishes the collection is filled with. It is also interesting to point out how travel is becoming a great source of inspiration for many designers (the Temperly London and Erdem resort 2017 collections followed a similar path), lessening the distances between multiculturalism and fashion. 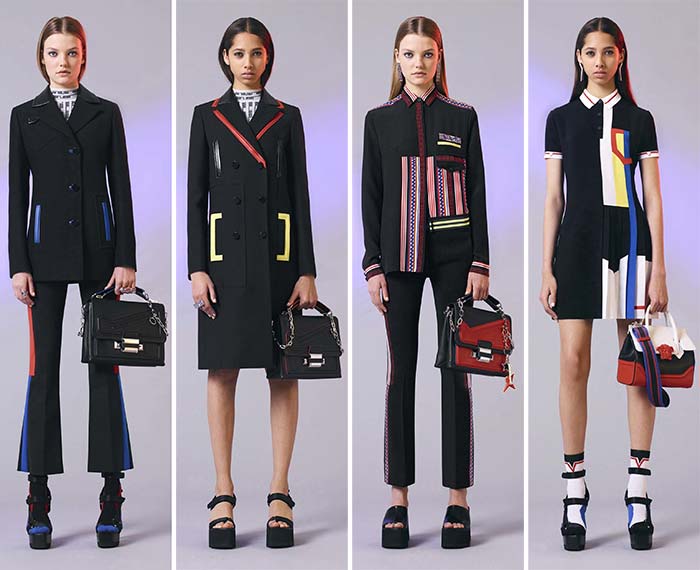 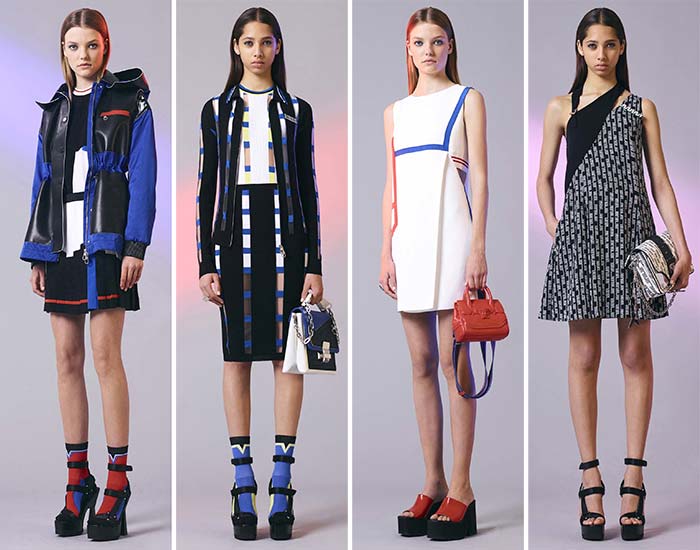 With her resort 2017 line-up, Donatella Versace evoked fancy Midwestern American motifs both through the aforementioned biker jackets and the micro-floral prairie-inspired patterns, plissé A-line skirts, patchwork shirts and, through more curve-hugging silhouettes and contrasting hems to highlight the cities’ skylines. Most of the biker-inspired pieces feature contrasting hems, which not only balance the figures, but help us recall the architecture and frenetic lights of the American cities.

The contrasting hem motif gets reinvented throughout the collection thanks to the use of color-blocking patterns and layered ensembles, which mix the USA’s chaotic cities and countryside’s calmness and approach with life. This Americana celebration couldn’t go without the glamorous vibrations and streets of Hollywood, the red carpet events and streets of which are always filled with top-notch combinations of clothes and fancy dresses.

Donatella Versace took all that Hollywood is famous for and brought that into the scene, utilizing sensual, feminine lines to elongate the figures and adding a bit of glamour to the entire collection. The collection’s final pieces feature more fluid materials and intricate beading and detailing, which ultimately give us all we need to take along with us for a coast-to-coast vacation. 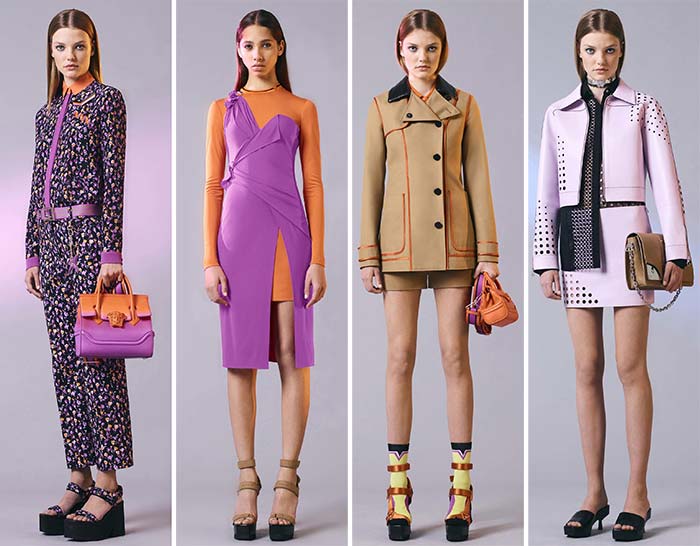 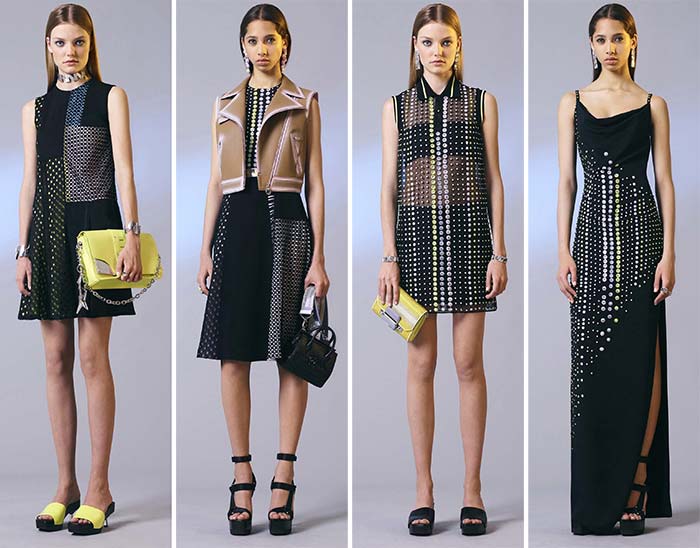