French artist Charles Pétillon has installed a giant cloud of balloons below the roof of the 19th-century Marketplace Developing in London’s Covent Garden . 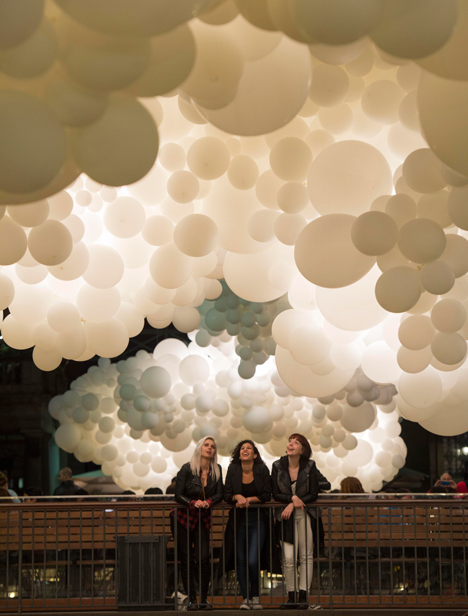 Unveiled today, the Heartbeat set up is the most recent in Pétillon’s Invasions series – in which he makes use of white balloons to fill spaces – but is his first reside venture in the United kingdom. 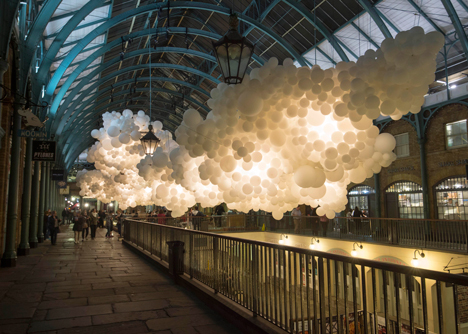 The inflatable sculpture incorporates a hundred,000 white balloons that type a meandering trail through the south hall of the Grade II-listed constructing. A piece of the historic industry appeared to have broken totally free of its stone base in a preceding installation by London designer Alex Chinneck. 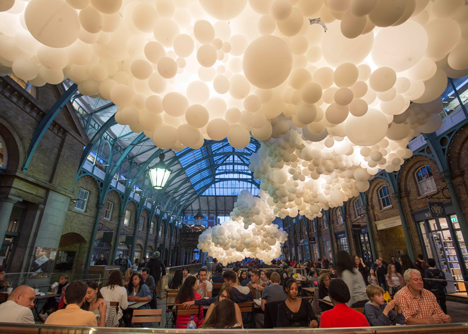 “The balloon invasions I produce are metaphors,” stated Pétillon. “Their objective is to modify the way in which we see the things we live alongside every single day with out genuinely noticing them.” 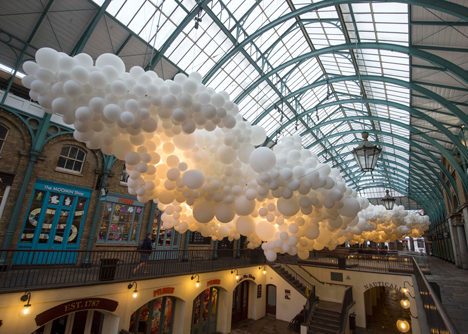 “With Heartbeat I want to represent the Market Creating as the beating heart of this area – connecting its past with the existing day to enable guests to re-examine its function at the heart of London’s existence,” he additional.

Measuring 54 metres in length and 12 metres in width, the installation is held in spot beneath the market’s pitched roof and supporting arches, and above its walkways and sunken arcades. A gently pulsating white light, developed to mimic a heartbeat, illuminates the construction from inside of. 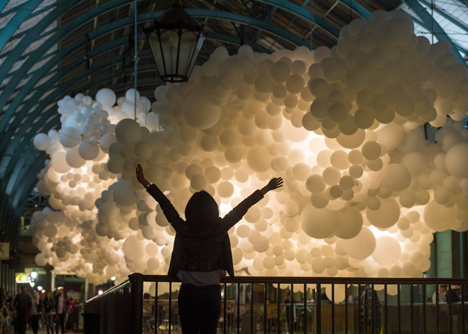 “Every single balloon has its very own dimensions and nevertheless is component of a giant but fragile composition that produces a floating cloud above the vitality of the market place below,” Pétillon explained.

“This fragility is represented by contrasting components and also the whiteness of the balloons that move and pulse appearing as alive and vibrant as the region itself.” 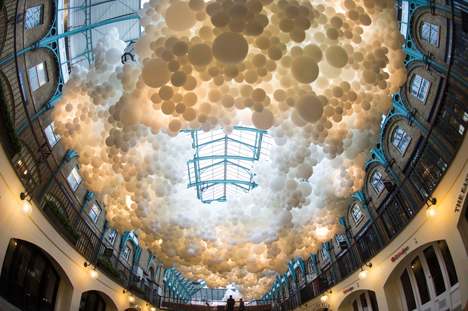 A series of wires are used to suspend the cluster from the building’s metalwork, so none of the balloons touch any of the surfaces. 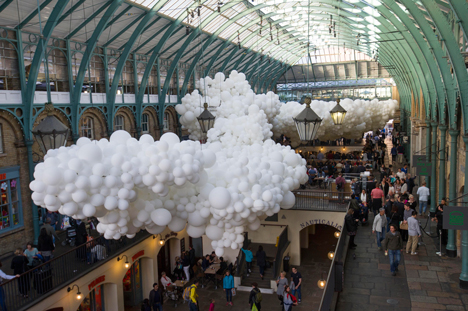 Heartbeat will stay in location right up until 27 September 2015. Other installations in London at existing include Frida Escobedo’s Aztec-inspired platforms at the V&ampA museum and a pair of spiral slides connected to the Hayward gallery as component of an exhibition of work by Carsten Höller.