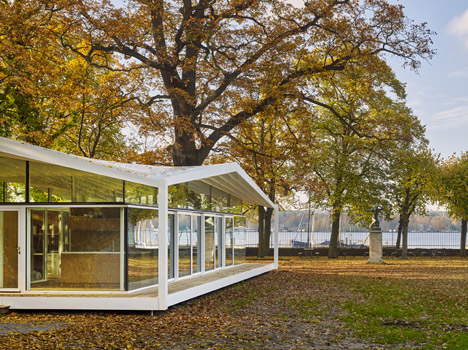 American architect Frank Barkow and German architect Regine Leibinger were asked to create the study pavilion in the lakeside grounds of the Berlin institution – which was established in 1994 to support foster relationships in between Germany and the United States, and which counts playwright Arthur Miller and artist Jenny Holzer amongst its alumni. 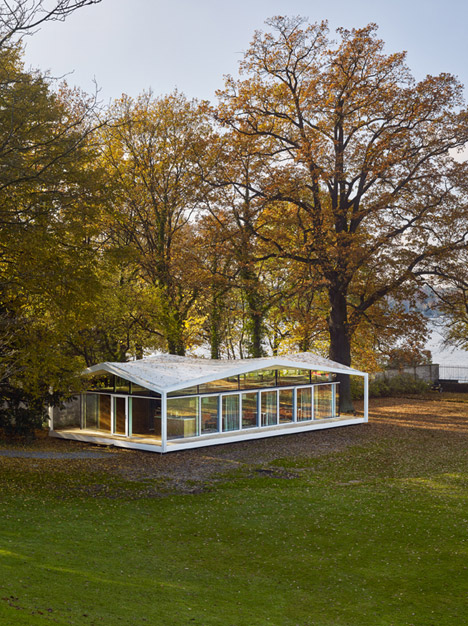 The resulting Fellows Pavilion boasts glass walls inside and out, a looping veranda and an angular roof produced up of hyperbolic paraboloids. 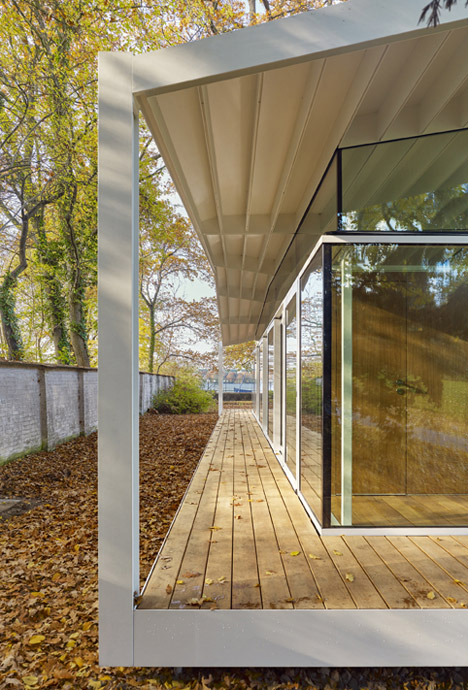 A plot housing a disused bathhouse provided a site for the single-storey building. Facing a lake in Berlin’s Wannsee location, it sits at the south-west corner of the gardens that surround the academy’s house inside a 19th-century villa. 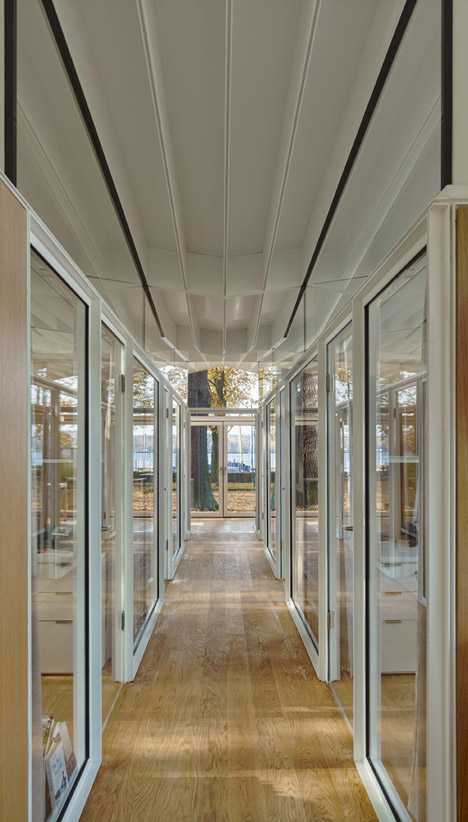 The lightweight glass and steel structure comprises a skeletal outer frame and a transparent central box. Its roof angles up and down to generate gables on all four elevations. 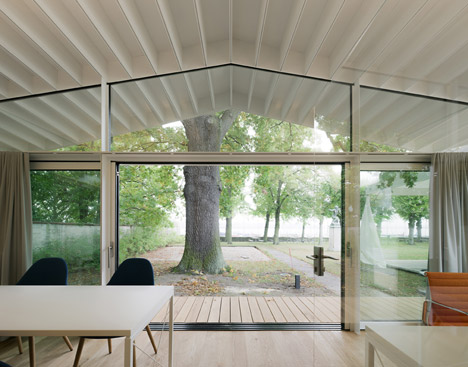 “The kind of the pavilion’s roof is a outcome of ‘ruled geometry’ – offset straight lines rotated to generate 4 hyperbolic paraboloids, a shape that is both abstract and familiar, because it reflects, if only in elevation, the gabled roof of the historical villa,” said Barkow Leibinger in a statement. 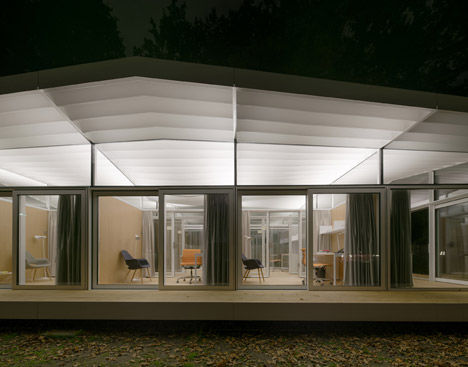 “The distinctness of the pavilion is further enhanced by each its seeming to ‘float’ above the garden’s green lawn, and its dominant white colour.” 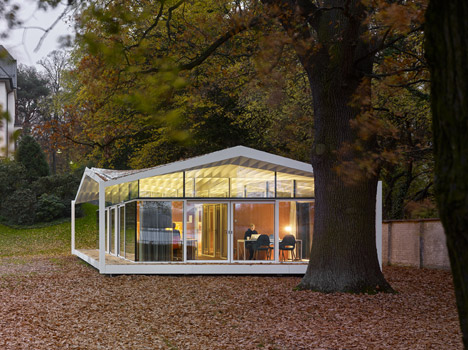 The interior is broken up into a easy grid, making eight rooms. Six study spaces, every with an area of seven square metres, run via the middle. A bigger group study area sits at 1 finish, even though the other end houses a kitchen. 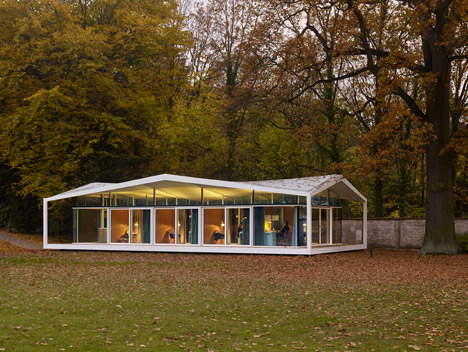 Glass doors let every room to be opened out to the surrounding veranda, which is also sheltered beneath the roof. A mid-19th-century sculpture sits nearby. 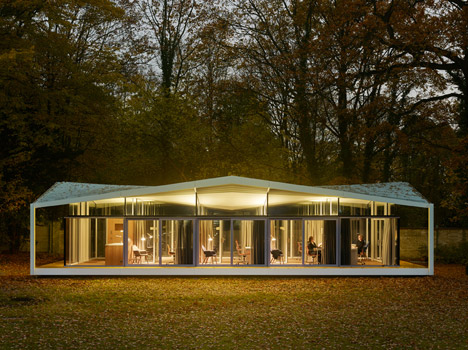 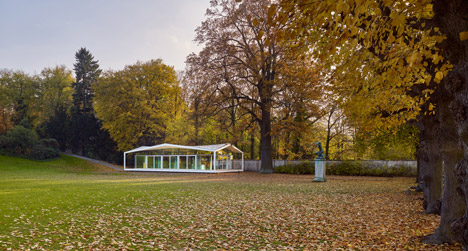 Walls among rooms and the central corridor feature even more glazing, but can be screened behind curtains for privacy, even though higher-level windows permit light to travel via the complete interior. 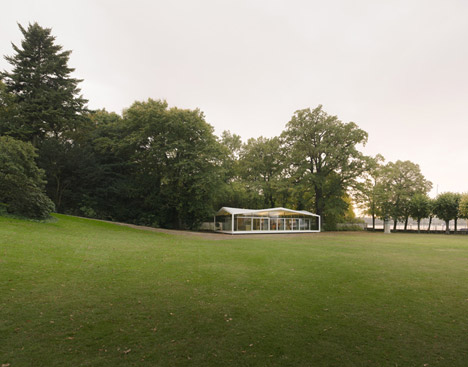 A steel platform covered in oak planks provides a durable flooring surface both inside and outdoors the developing. The roof is supported by 4 I-beam columns, which integrate rainwater drainage.

Photography is by Stefan Müller, apart from where otherwise stated.