French artist Benedetto Bufalino has created a tennis court over two rooms of a gallery in Dijon, complete with fake grass, white lines and a net across the doorway . 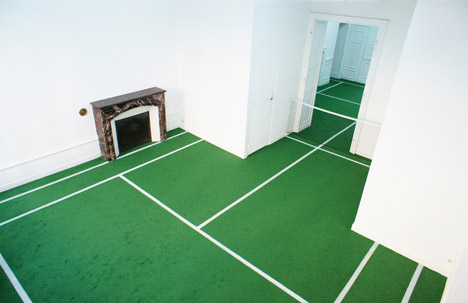 Benedetto Bufalino’s installation at the Interface Gallery, intended to “rethink indoor tennis”, encourages visitors to the gallery to participate in an unconventional game.

Interface is housed in a former apartment in the French city of Dijon. It retains the original layout of small rooms and features including fireplaces, cornicing and mouldings. 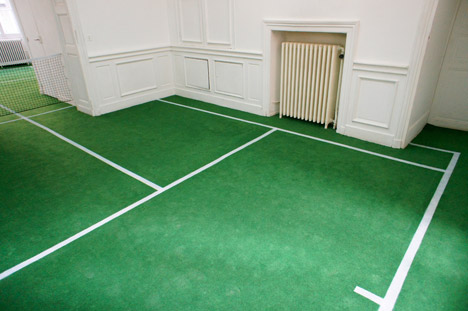 Within this setting, Bufalino has carpeted two adjoining spaces with artificial grass and strung a net between the white-painted walls either side of the doorway that connects the two spaces. 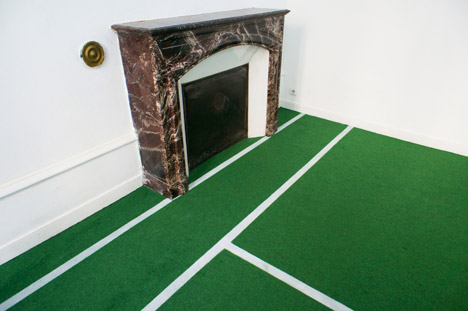 White fault lines and service boxes are marked out on the floor, creating an oddly shaped court for two people to play a restricted game of tennis on.

“Visitors are invited to pick up a racket and strike up a match with an opponent occupying space on the other end of a door frame,” said Bufalino. 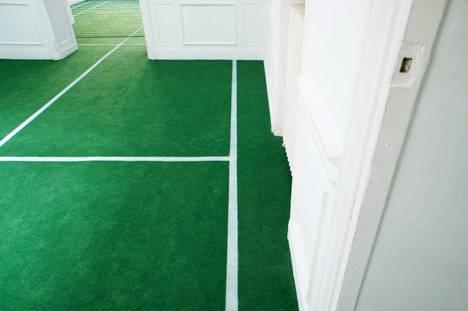 Walls protruding into the space, domestic fittings and architectural features all provide extra obstacles on top of the restricted net width. 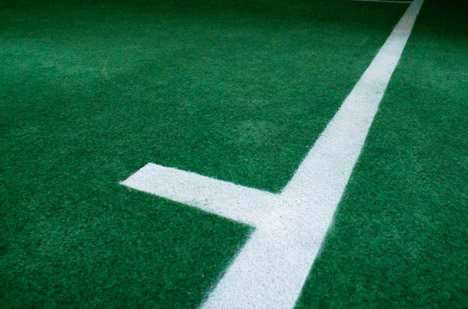 “Players must find a way to carefully manipulate themselves and the tennis ball throughout the space, paying special attention to domestic objects strewn about, like radiators and windows,” said the Lyon-based artist, who has previously turned a Seat Ibiza car into a Jacuzzi and a British K6 telephone box into a fish tank. 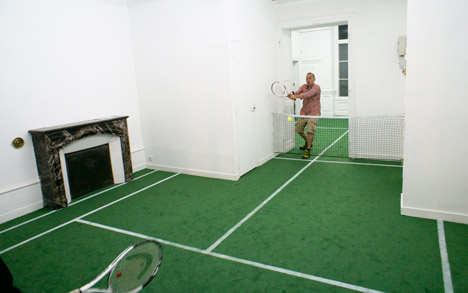 The installation is open until 31 October at the Interface Gallery, which was set up in 1995 on Dijon’s Rue Chancelier de l’Hôpital as an experimental arts space.