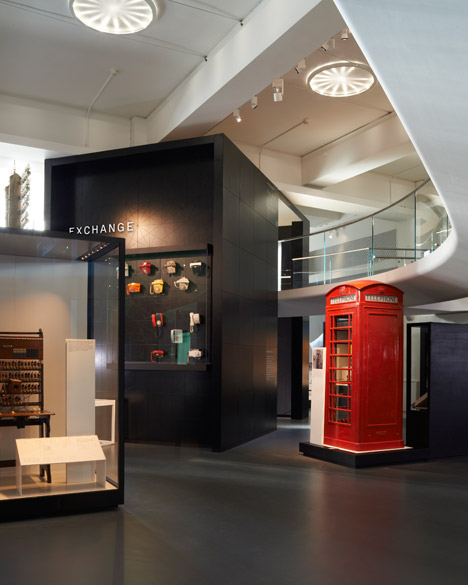 London-based designers Jay Osgerby and Edward Barber have described the 2,500-square-metre Information Age gallery at the Science Museum in Kensington as “the most important architectural project that we have undertaken”.

Designed and delivered by the duo’s architectural company Universal Design Studio, the gallery was created to house over 800 objects. These chart the evolution of communications over a 200-year period focused around six different types of network: The Cable, The Telephone Exchange, Broadcast, The Constellation, The Cell and The Web. 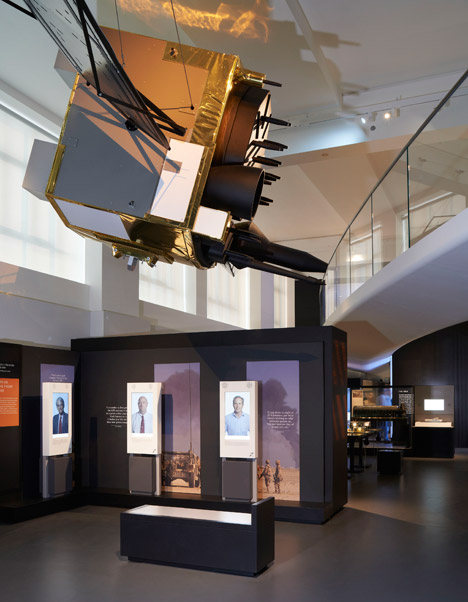 “This project is the most important architectural project that we have undertaken at Universal Design Studio,” said Jay Osgerby. “It has had a unifying influence by bringing together the strengths of our studios, from architecture and curating to new-tech industrial design and research.” 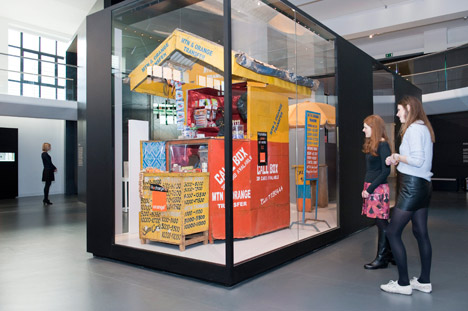 Dezeen Book of Interviews: Barber & Osgerby features in our new book, which is on sale now

The gallery occupies the largest single space inside the Science Museum and is part of a wider masterplan to transform a third of the museum’s spaces, which also includes a permanent interactive gallery being created by London architecture studio Muf due to open in 2016. 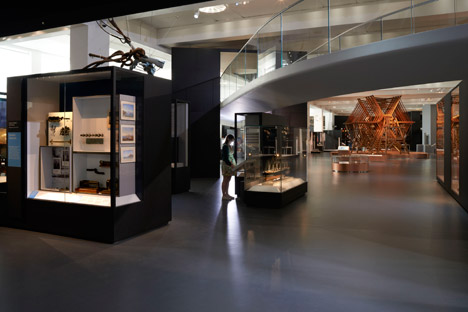 Universal Design Studio overhauled the existing space to create six “zones” – one for each network. Each of these features a mixture of animated displays, interactive screens, large-scale graphics, projections, interactive games and audio players. 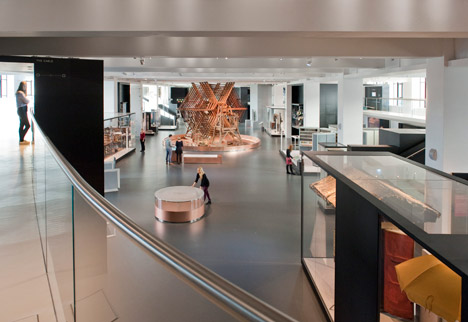 A series of six double-height black boxes punctuate the space, forming markers for each of the different areas of the gallery, which the designers call “story boxes”. 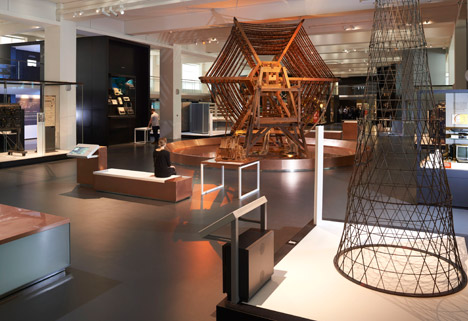 “Devised by Universal, the storybox will help direct visitors around key objects, exhibits and moments in the gallery,” said the designers. 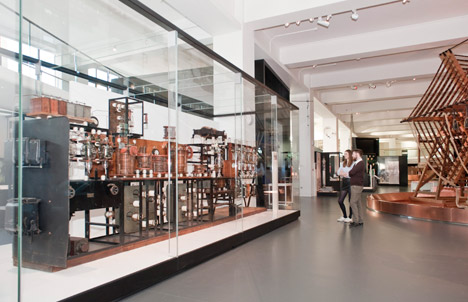 An elevated walkway curves around the edges of the gallery, contrasting with the otherwise angular structure and offering an alternative route through the gallery and different views of the exhibits. 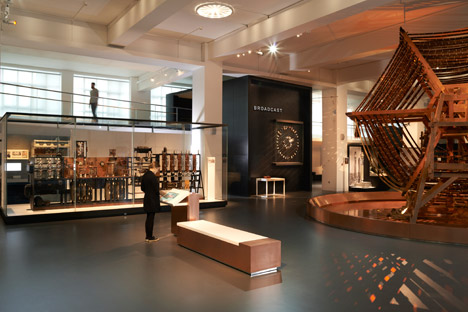 One of the centrepieces of the space is the reconstructed Rugby Radio Station aerial tuning coil, a huge structure that was once part of the world’s most powerful radio transmitter. Other exhibits include mobile phone technologies and cable telegrams. 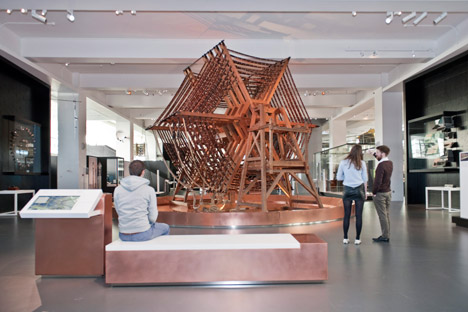 The firm collaborated with graphics studio Bibliothèque on signage. 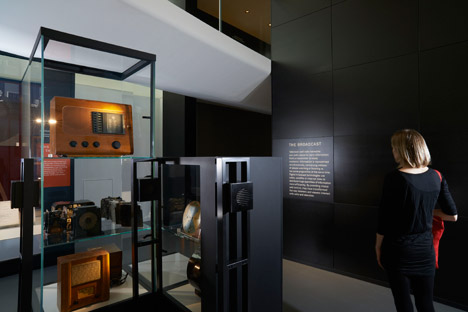 “This magnificent permanent gallery invites visitors to take the long view of information and communications technologies, seeing them as part of our history, our landscape, and ourselves,” said head curator Tilly Blyth. “Universal Design Studio’s insight and expertise allowed us to craft a beautiful space that brings awe and wonder to many remarkable objects whilst developing engaging storytelling across the gallery.”

Dan Britton’s Typeface “recreates The Frustration” Of Reading With Dyslexia