Terracotta tiles, balcony corridors and a secluded courtyard all characteristic at this renovated Spanish home, for which Barcelona studio Arquitectura-G has been awarded the European Union’s Emerging Architect prize . The property is found in the rural village of Cilleros on Spain’s western border. A decline in the area’s population had left this and numerous other homes abandoned, so a regional heritage trust has been offering off the buildings at a low cost – on the problem that they be fully restored. 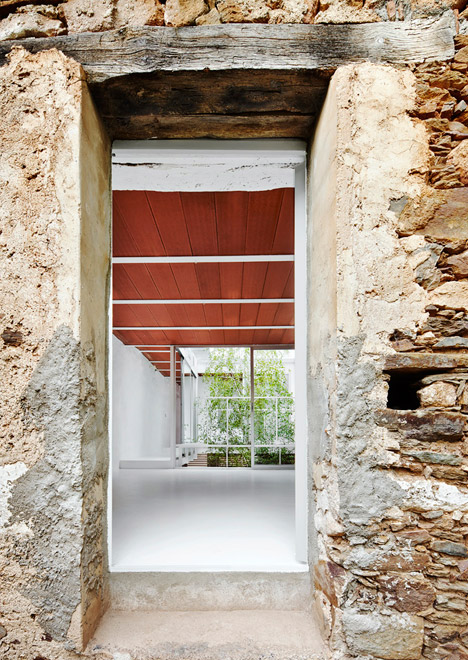 “Luz, our client, had usually wished a property in Extremadura, and ended up getting two homes from the foundation, 1 for herself and one for her daughter Gabriela,” explained Jonathan Arnabat, one particular of the 4 founders of Arquitectura-G. Initial up was Casa Luz, a terraced house separated from its neighbours by walls of adobe – a clay material formed into bricks.

The stone facades have been nevertheless in reasonably very good situation, but the interior had endured several renovations and had to be entirely redesigned. 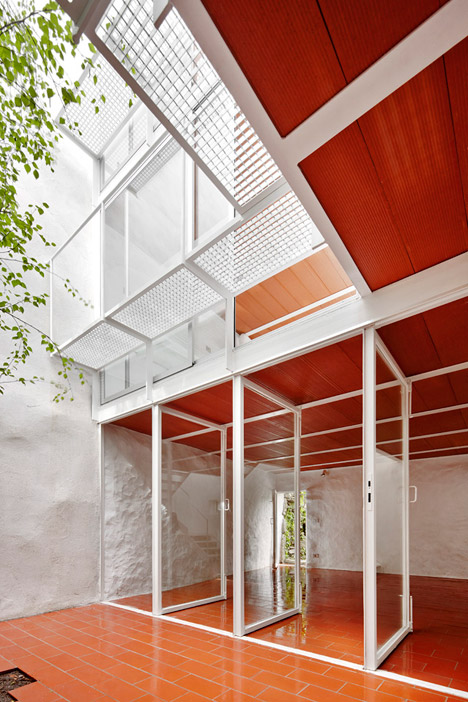 The architects’ method was to shift the principal rooms upstairs, freeing up the ground floor to perform as an extension of the garden. 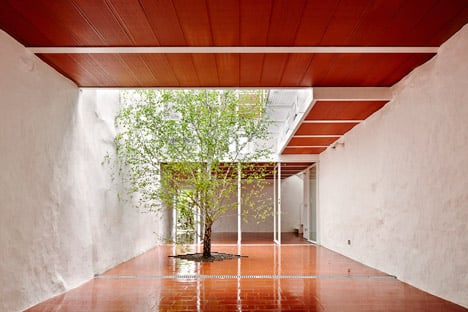 “Luz wanted a luminous residence to enjoy the open air and the backyard,” said Arnabat. “Due to the geometry of the plot, the central area of the home had neither light nor ventilation, which made it barely habitable.” 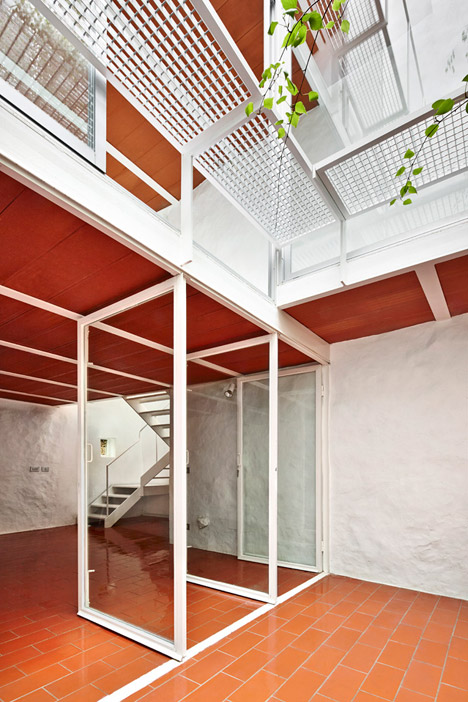 “These problems, mixed with a reduced price range, led us to adopt a basic strategy for the project: we would completely gut and clean the inside of the creating, retaining just the stone facades and the adobe get together walls,” he extra. “A new interior would be developed around a courtyard to feed light and cross-ventilation into every single area.” 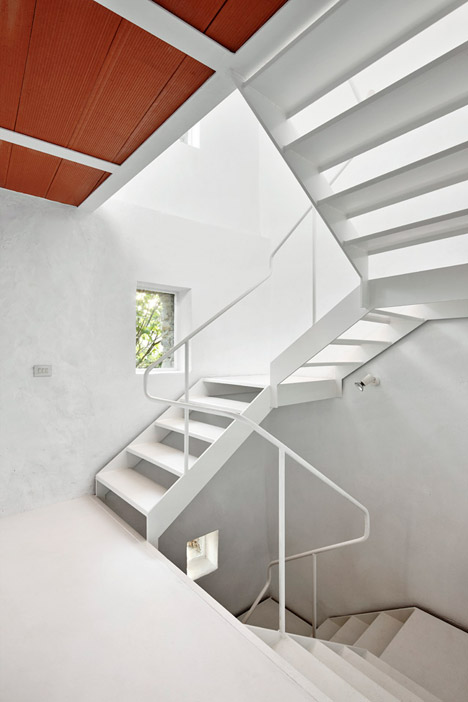 A 40-centimetre difference in window heights between front and rear facades led the group to adopt a split-level floor prepare.

Living and dining spaces occupy the two upper floors at the rear and are linked by a corner staircase, even though a pair of bedrooms form the upstairs floors at the front. 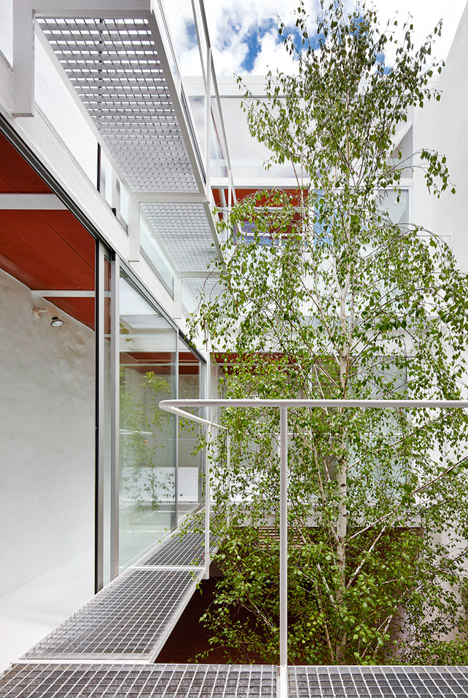 These rooms are separated by a central courtyard with a tree in its centre and balconies working around its perimeter to develop corridors. 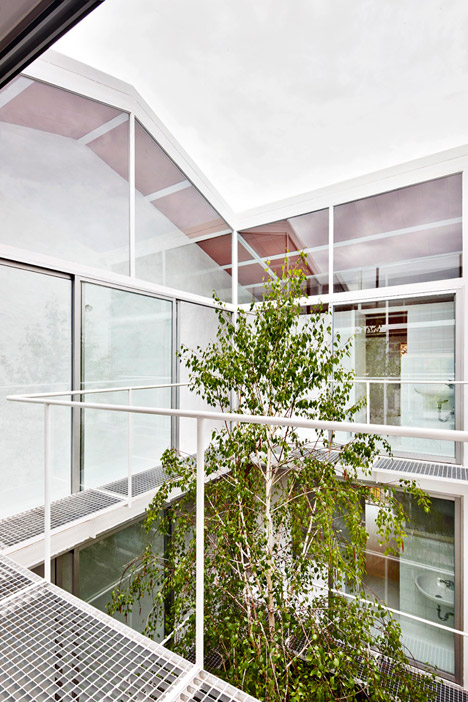 “We were convinced that a deciduous tree should be planted in the courtyard,” said Arnabat.

“When the wind moves the tree, it brings a shifting, friendly environment into the residence. The birch introduces lifestyle and humanises an otherwise mineral and glass setting.” 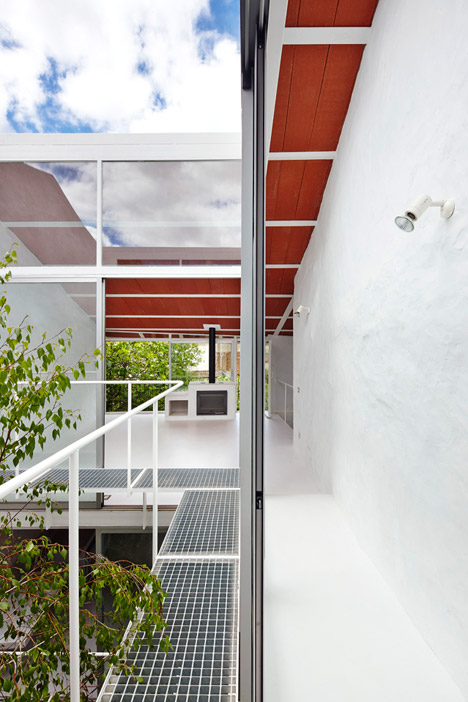 Steel beams cover in tongue-and-groove ceramic boards have been used to develop the new upper floors, matching terracotta tiles that extends right across the ground degree.

The adobe walls were all whitewashed, reducing the interior to a palette of just red, white and green. “The construction and building have an mind-boggling simplicity, uninhibitedly displaying their materiality and deliberately contrasting with the irregular textures of the adobe and stone,” said Arnabat. “We have sought an atmosphere in which the red of the ceramics and the vivid green of the birch predominate, with the light that traverses these supplies bathing the walls and floors with various nuances throughout the day,” he additional. Pivoting glass doors kind partitions on the ground floor. Upstairs, sliding glass walls allow residents to seem down on the tree, but bathrooms sit in front of the bedrooms to offer some privacy.

Simply because of the degree adjust, the metal corridors also perform as informal seats on the sides of the residing and dining rooms. 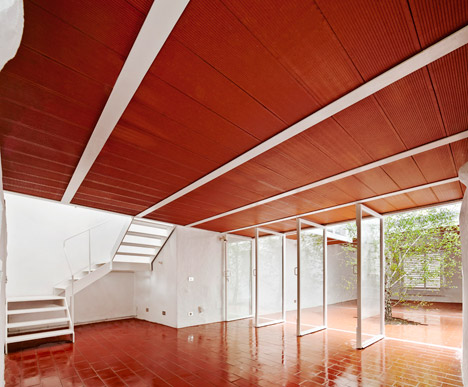 Arquitectura-G finished Casa Luz in 2013, but the studio and venture were awarded the Emerging Architect prize final week, which is announced alongside the Mies van der Rohe Award.

The jury praised the venture for the simplicity and clarity of the spaces, which it mentioned proved that “good architecture does not need to have to be high-priced or magnificent”. Photography is by José Hevia.