Four architecture studios from Ireland have come together to generate colourful pavilions for this year’s London Festival of Architecture – a red a single containing an elevated passageway and a yellow one particular housing a library of bricks . 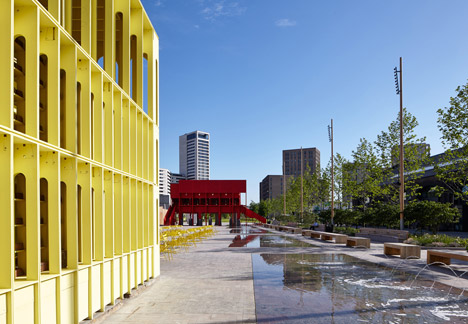 The biggest of the two structures is the Red Pavilion, designed as a collaboration between TAKA, Clancy Moore Architects and Steve Larkin Architects, who all share a studio in Dublin. This sits alongside the Yellow Pavilion, conceived by Belfast-based Hall McKnight. 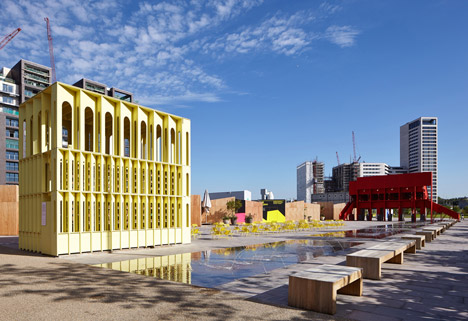 Both structures are meant to represent the theme of the festival, Function in Progress, but in distinct methods. The Red Pavilion was designed as a framework for activity, whilst the Yellow Pavilion aims to present off some of the components that make up a city. 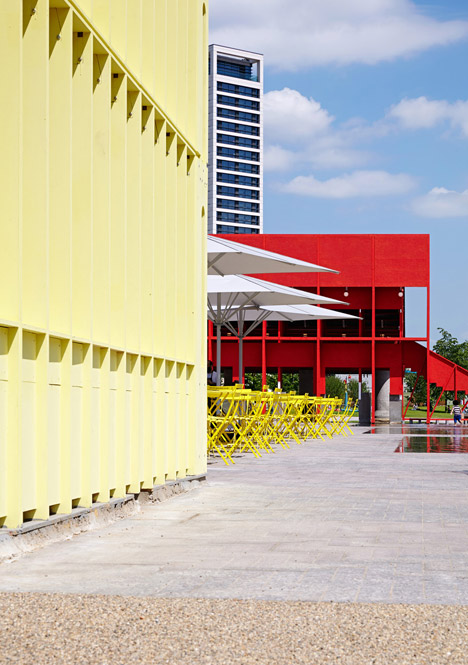 “Embracing the Festival of Architecture theme, these embellishments to the created setting play with preconceptions of labour and pleasure, previous and new, public and private, the space and the city,” explained project curators Raymund Ryan and Nathalie Weadick. 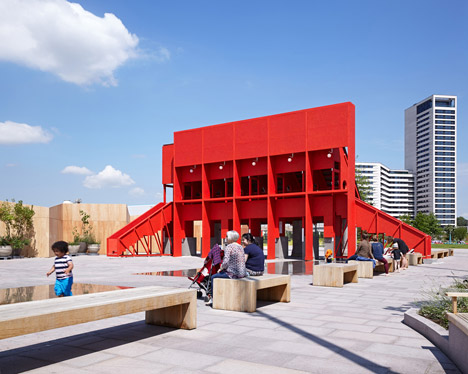 The two pavilions have been installed in Cubitt Square – portion of a massive development zone near King’s Cross Station – for the duration of the London Festival of Architecture 2015, which runs throughout June. 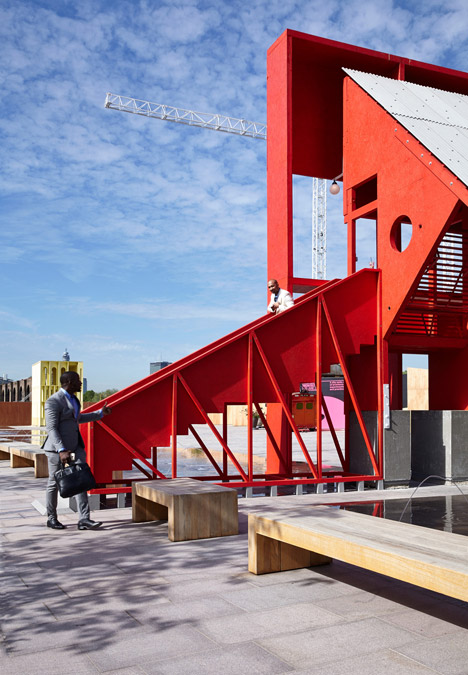 The Red Pavilion stands at the northern end of the website. Its type integrates chunky concrete columns, a home-shaped colonnade, circular windows, a repeating facade and a narrow elevated walkway. 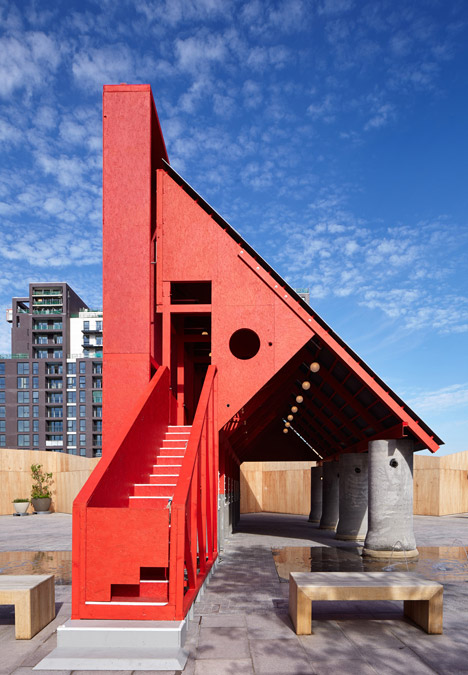 “We see the pavilion as a contributor to the function in progress at King’s Cross,” said Steve Larkin.

“[It is] a type of temporal elevation briefly establishing relationships amongst the new city spaces that will give way to the more long term buildings currently being constructed.” 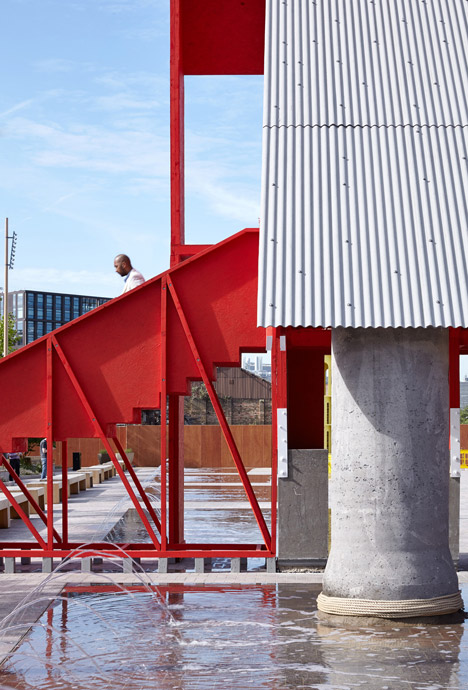 The structure was constructed with a timber framework and walls of oriented strand board – a type of panel engineered from wood chips.

Every thing is painted red, apart from the concrete columns around the base, provoking comparisons with Jean Nouvel’s 2010 Serpentine Gallery Pavilion and the a lot of structures in Bernard Tschumi’s Parc de la Villette. 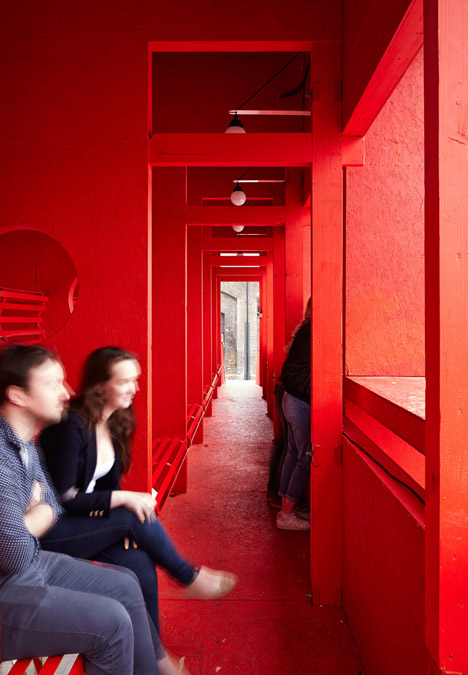 Visitors enter the pavilion by climbing either of the two staircases, which stand at opposite ends. These each lead up to the elevated walkway, which runs alongside a series of curved seating booths.

Lights overhead reference streetlights, even though the seats themselves mimic some of the city’s standard park benches. 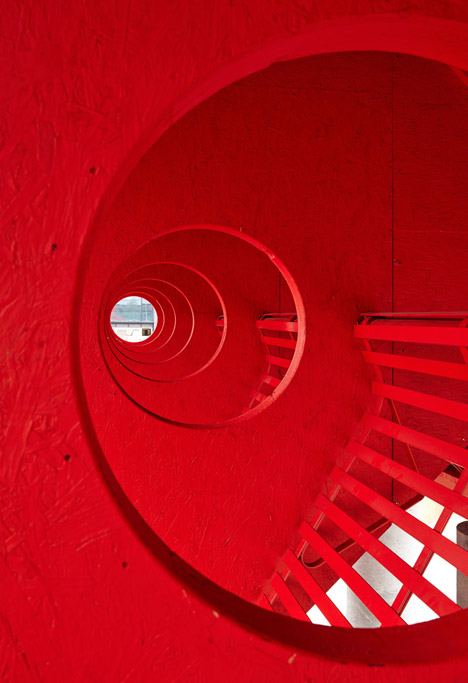 “The pavilion emerges from an observation that all cities are a collective operate in progress – this is their permanent situation,” explained Andrew Clancey and Colm Moore, the two founders of Clancy Moore Architects. 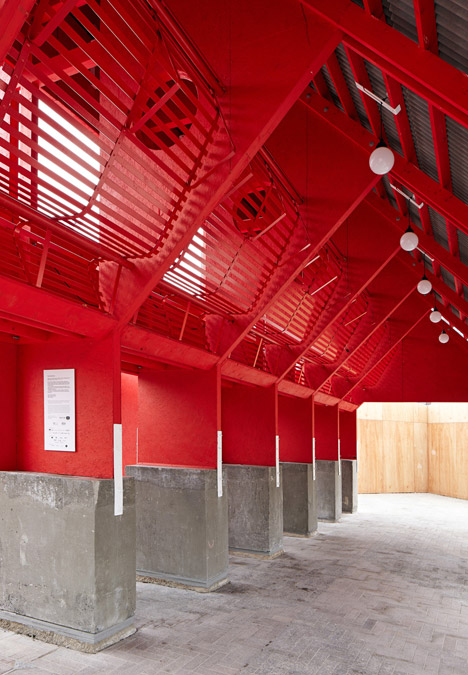 “We also saw an chance to function collaboratively with close pals, to explore so numerous conversations we have had by way of a collective venture,” they said. 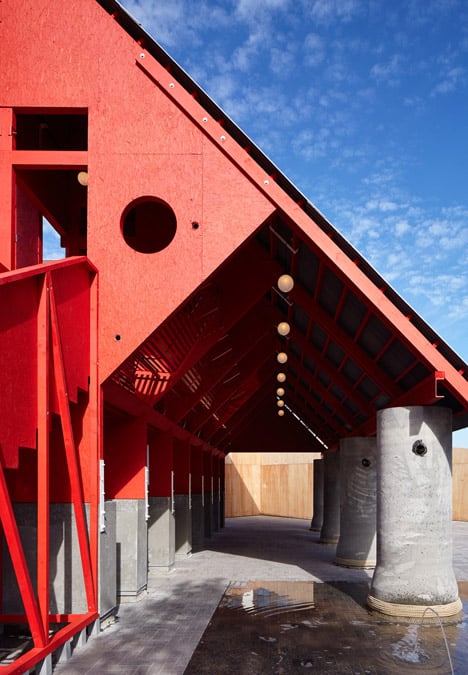 “We believe the city requirements numerous voices for vitality. So the doing work process of numerous voices on the pavilion has been genuinely important,” extra TAKA’s Alice Casey and Cian Deegan. 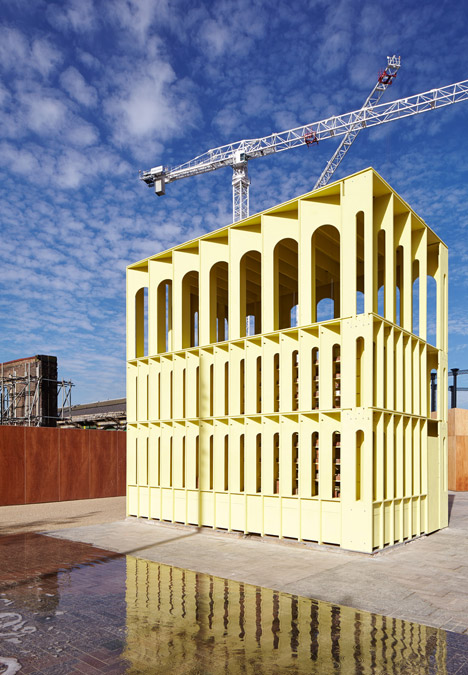 A few metres away, the Yellow Pavilion is a smaller and far more rectilinear construction. Its facade is a grid of angled panels, each and every integrating a tall arched window, although its entrances are openings that lengthen from the ground to the roof.

Within, its gridded framework gets to be a shelving unit displaying a library of bricks – all sourced from one particular street in Belfast. 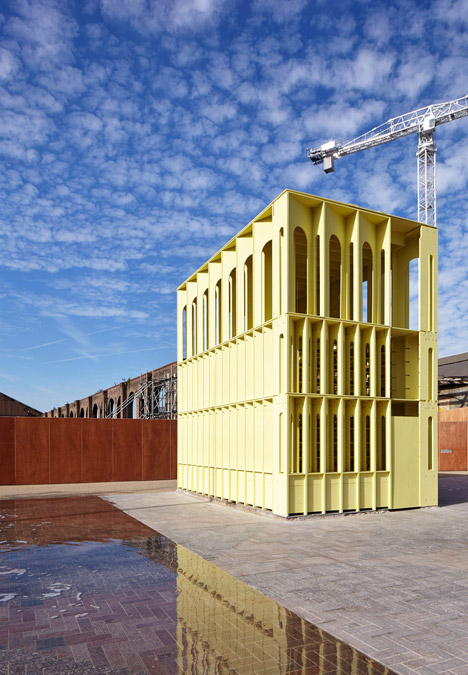 “The pavilion is a vehicle to carry a collection of bricks that speaks of the city as a perform in progress,” explained architects Alastair Hall and Ian McKnight.

“In this sense the undertaking is not ours. It belongs to the city and, just as the city is a collection of several tasks, manufactured by numerous, both the bricks’ characteristics of individuality and collected cohesion are expressed.” 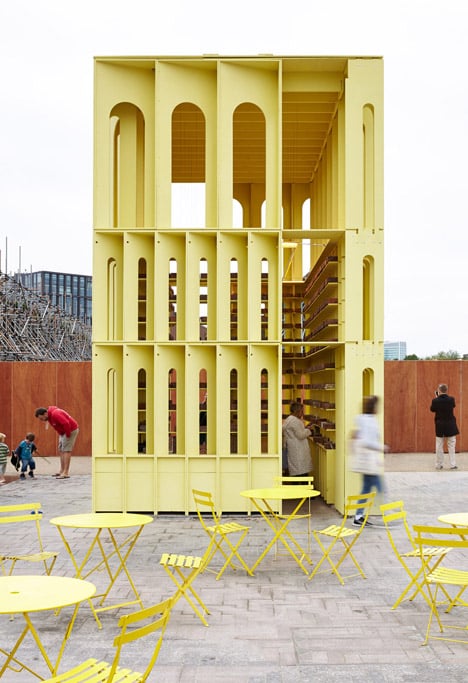 “The bricks have already had a lifestyle in a terraced street in Belfast – now they have an additional existence as they are modified and worked with,” additional the duo. 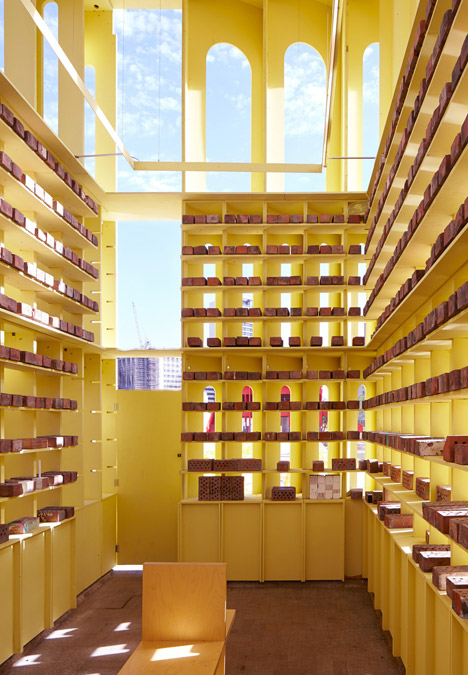 An exhibition of furniture from both sides of Ireland’s north-south border was presented in Milan in April, and later this year installations will be produced for the Chicago Architecture Biennial and the Shenzhen/Hong Kong Bi-City Biennale of Urbanism/Architecture. 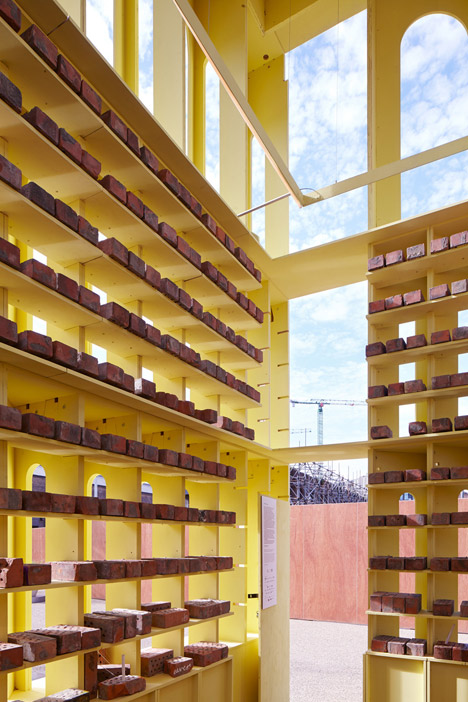 “Ireland’s inventive output has extended been framed by literature, music, theatre, filmmaking and artwork however these represent only a fragment of the breadth of Irish creativity,” stated Karen Hennessy, chief executive of Irish Layout 2015.

Photography is by Andy Stagg. 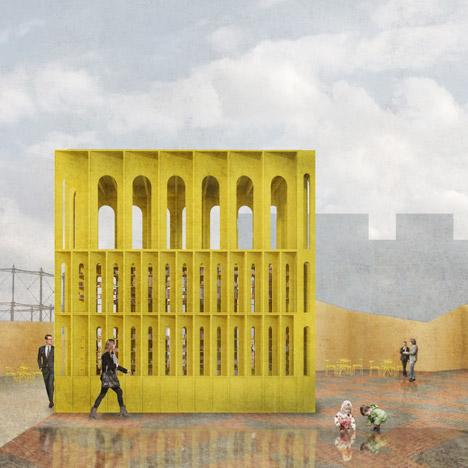 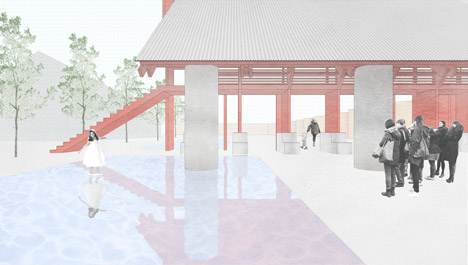