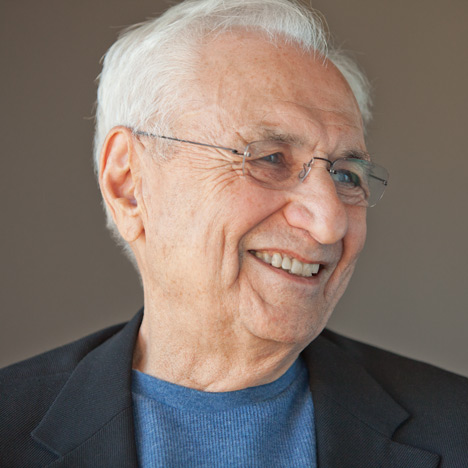 News: American architect Frank Gehry has responded to criticism of his own architectural style by giving an audience of journalists the middle finger and saying that most architecture today has “no sense of design”.

Speaking to Spanish journalists yesterday at a press conference as part of the country’s Prince of Asturias Awards programme for the arts, Gehry responded to questions about his work by giving journalists an offensive hand gesture and saying most architecture was “shit”.

According to a report in Spanish newspaper El Mundo, a journalist asked Gehry what his response was to people who accused him of creating architecture for show.

“Let me tell you one thing. In the world we live in, 98 per cent of what gets built and designed today is pure shit,” responded Gehry after raising his middle finger. “There’s no sense of design nor respect for humanity or anything. They’re bad buildings and that’s it.”

“Every now and then, however, a small number of people do something special. They’re very few. But – my God! – leave us in peace! We dedicate ourselves to our work. I don’t beg for work. I don’t have publicists. I’m not waiting for people to call me. I work with clients who have respect for the art of architecture. At the very least, don’t ask stupid questions like this.”

According to the report, his response was followed by an uncomfortable silence at the press conference. Gehry then apologised, explaining that he was tired from travelling.

“Please, you have to understand that I’m tired and a little dazed by the trip,” he said. “I’ll mumble an apology.”

Gehry had flown in from the opening on his Fondation Louis Vuittion building in France for the inauguration of an exhibition at the LABoral Art and Industrial Creation Centre, Gijón, dedicated to his Spanish projects – including his now infamous Guggenheim Museum Bilbao.

The museum has been credited with transforming the economic fortunes of the city by generating a new tourism industry – an affect that many other cities have attempted to recreate since by commissioning projects they hope will become similarly “iconic”. Gehry said he did not realise the building would have such an impact.

“Remember that in Bilbao, people got their degree at the university and then they left. Nobody wanted to live there. It was a sad city. The steel industry was in decline, the port had no reason to exist, everyone lost their jobs,” said Gehry. “It was a modest project of 80 million Euros in 1997. It was very little.”